Sorry for the atrocious subtitle. not sorry 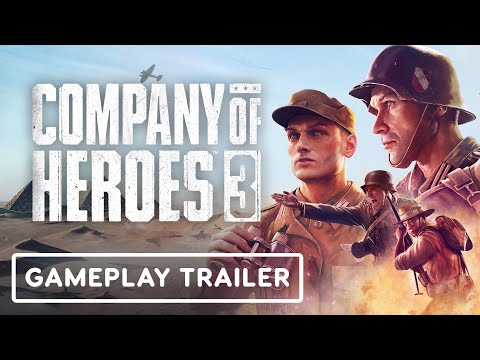 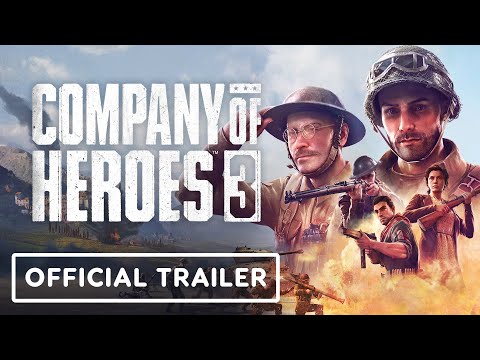 While we can’t announce everything just yet, Company of Heroes 3 will offer the core experiences we know strategy players want:

Company of Heroes 3 is being developed under new circumstances for Relic. In addition to working with upgraded tools and technology, our creative processes have changed.

We’ll now give you a glimpse at a few key features of Company of Heroes 3. This isn’t an exhaustive list, and we won’t dive deep at this point, but you’ll learn much more in subsequent posts.

Company of Heroes 3 will launch with more playable factions than any previous title in the series. While some factions such as the US and Wehrmacht forces have appeared in previous games, each army’s roster and their mechanics are quite different this time. We’re also including vehicles, weapons, and abilities that are brand new to the franchise, including many that feature Italian soldiers and technology.

The exciting tactical gameplay of Company of Heroes returns with many improvements. Core mechanics like cover, suppression, and True Sight have been refined, while our garrisons and building destruction are vastly improved. New vehicle armor mechanics augment the value of flanking, and updates to terrain sight-blocking and shot-blocking create more realistic combat; Italy’s verticality gives players plenty of opportunity to take the high ground and fire down on opponents to gain an advantage. Additionally, we have added new tools to deal with troublesome enemy-occupied buildings, such a breach – a cinematic means to evict the enemy and take a building for yourself.

The biggest addition to Company of Heroes 3, the dynamic campaign map, reshapes the single-player experience into a reactive, player-driven narrative based on strategic choices, non-linear exploration, and nuanced interactions with allied commanders who need your help to achieve their goals.

On the dynamic campaign map, order companies to secure key cities, ports, and airfields. Improve and customize your companies with powerful upgrades and abilities. Deploy American Airborne and Special Forces companies, British Artillery and Armoured companies, and many more.

As before, squads can earn veterancy in combat to unlock powerful abilities and buffs. Deal damage to enemies to gain experience and rank up. Preserve veteran squads for a distinct advantage in the late game. Veterancy also plays a role on our dynamic campaign map, but that’s a topic for another time.

Battlegroups
In multiplayer and skirmish modes, select from a set of battlegroups that feature devastating abilities. Call in Airborne Paratroopers or Luftwaffe Fallschirmjager. Call in a barrage from 25-pounder artillery or a Stuka bombing run. Deploy a hulking Churchill or Tiger tank to crush the enemy’s defensive line. Battlegroups are focused, balanced, and curated. Every player has access to the same weapons of war.

Multiplayer Gameplay
Company of Heroes 3 will launch with more maps than any previous game. Our maps cover a variety of locales and have been developed in collaboration with community map makers to ensure a balanced experience. 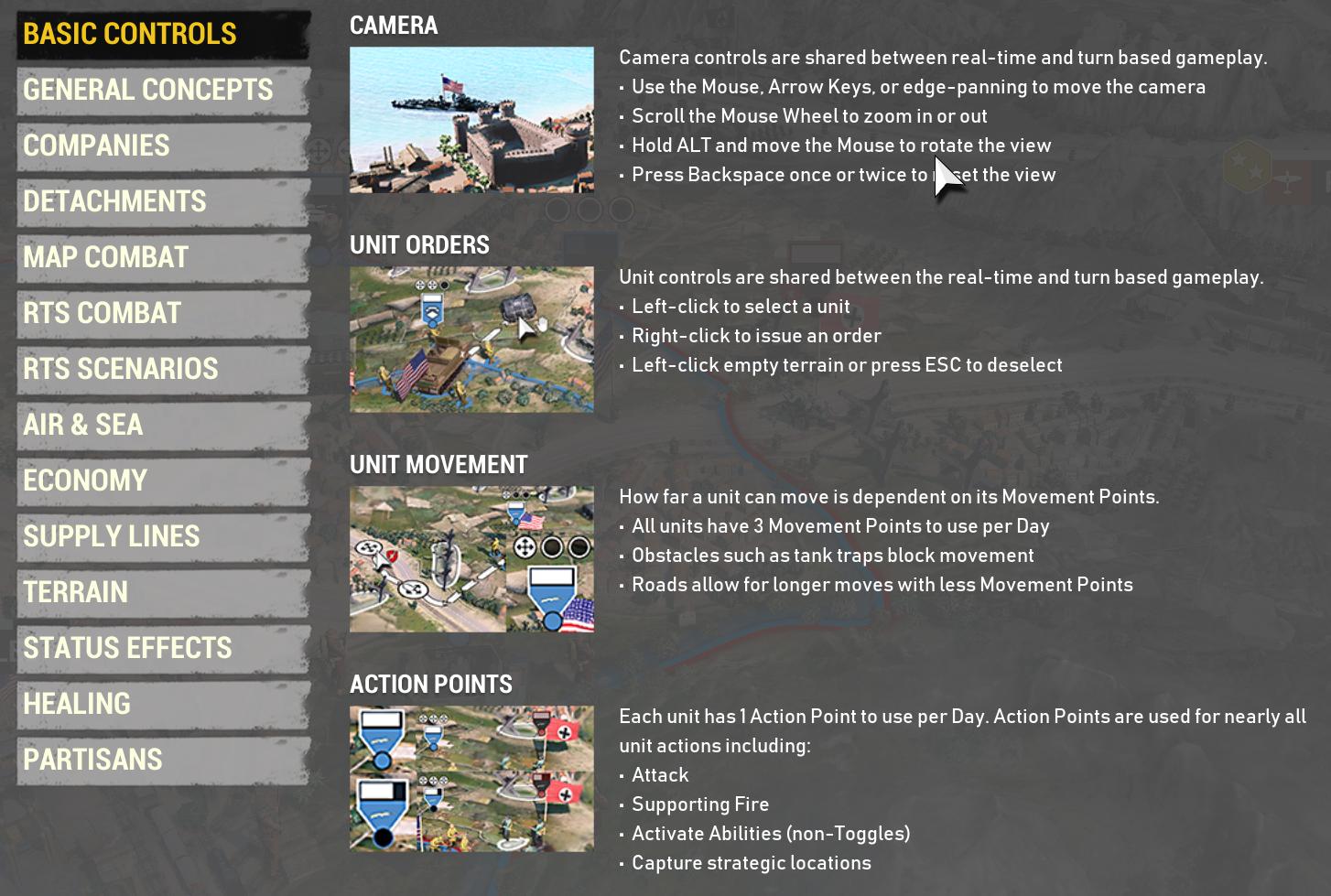 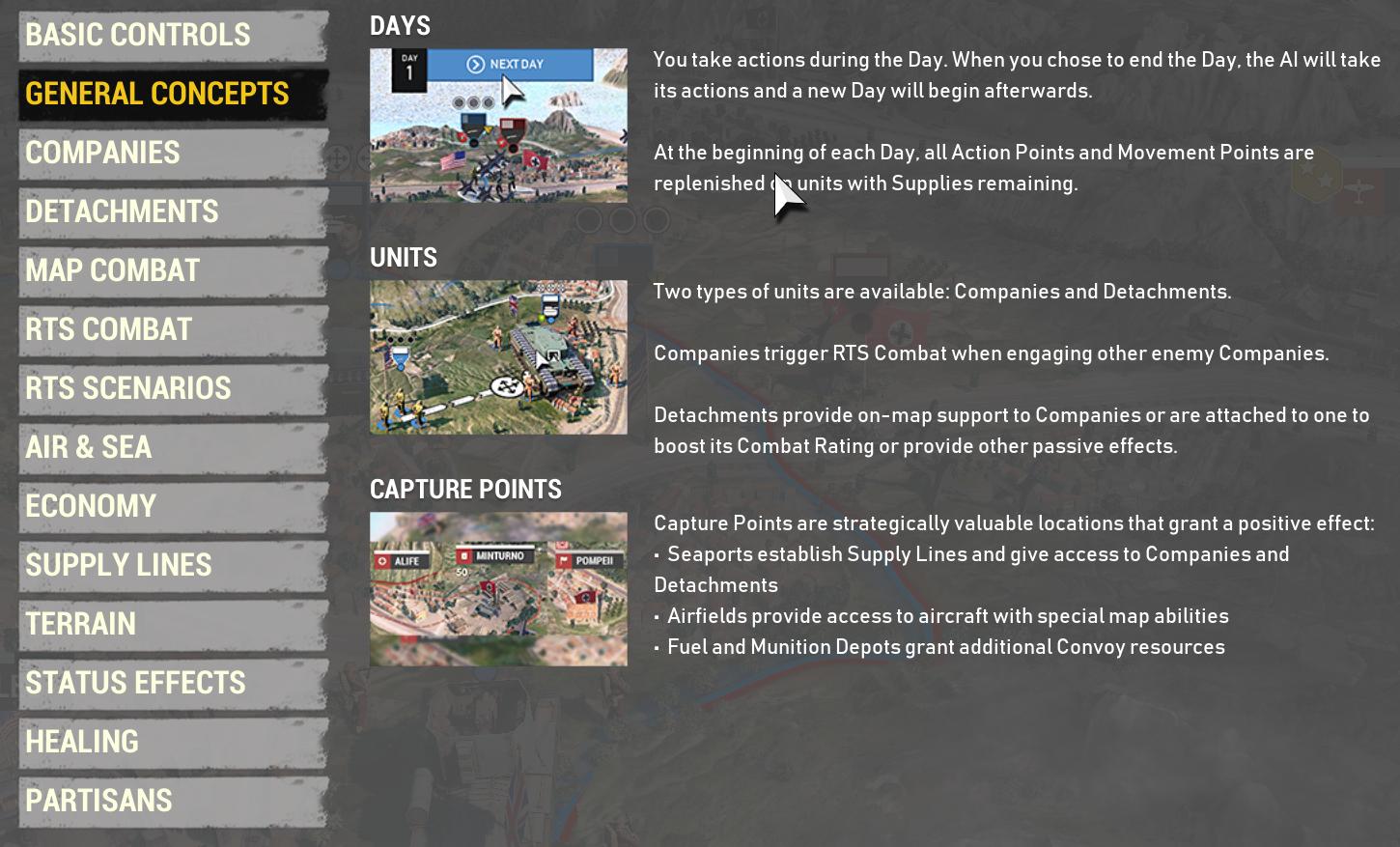 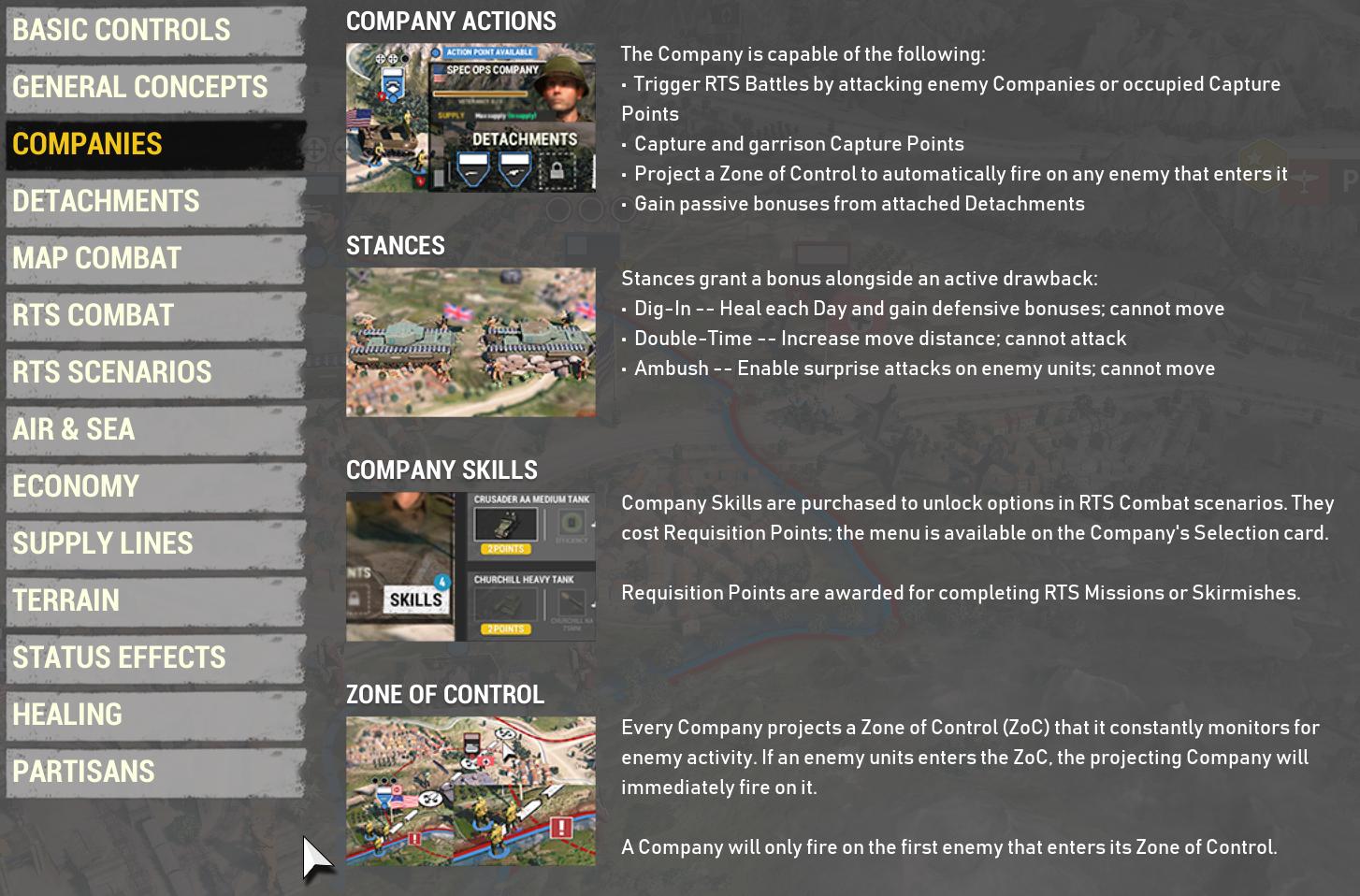 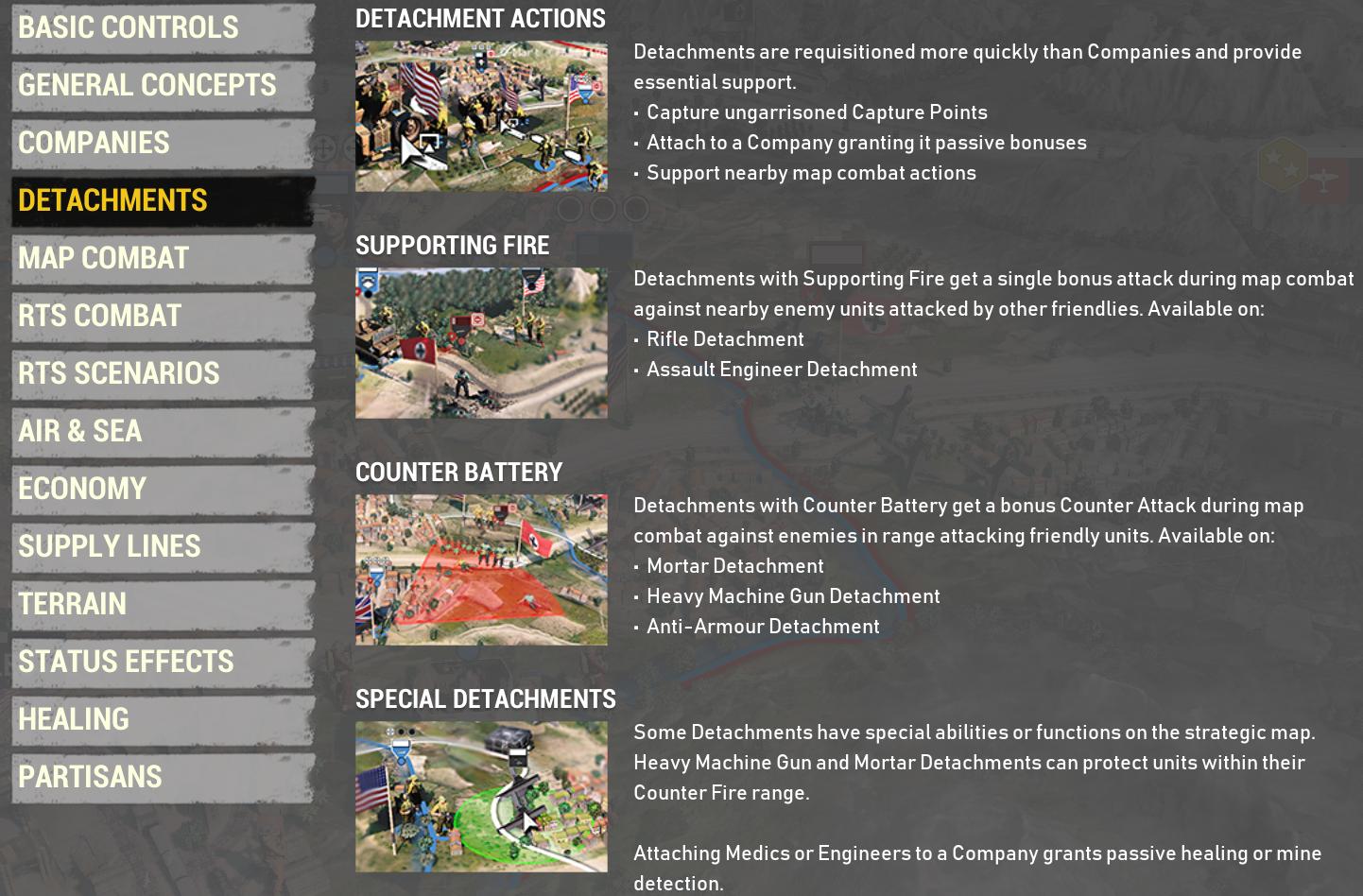 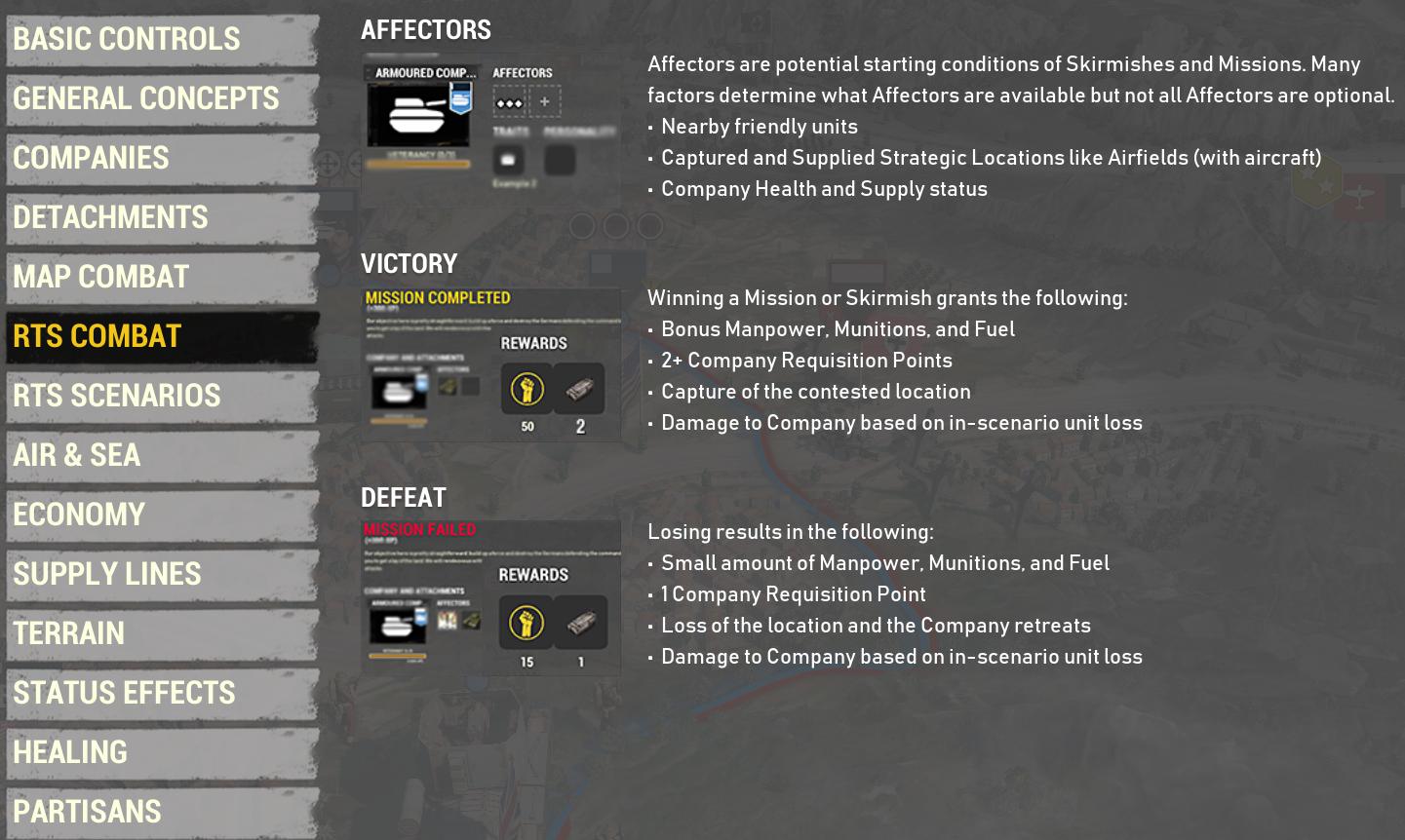 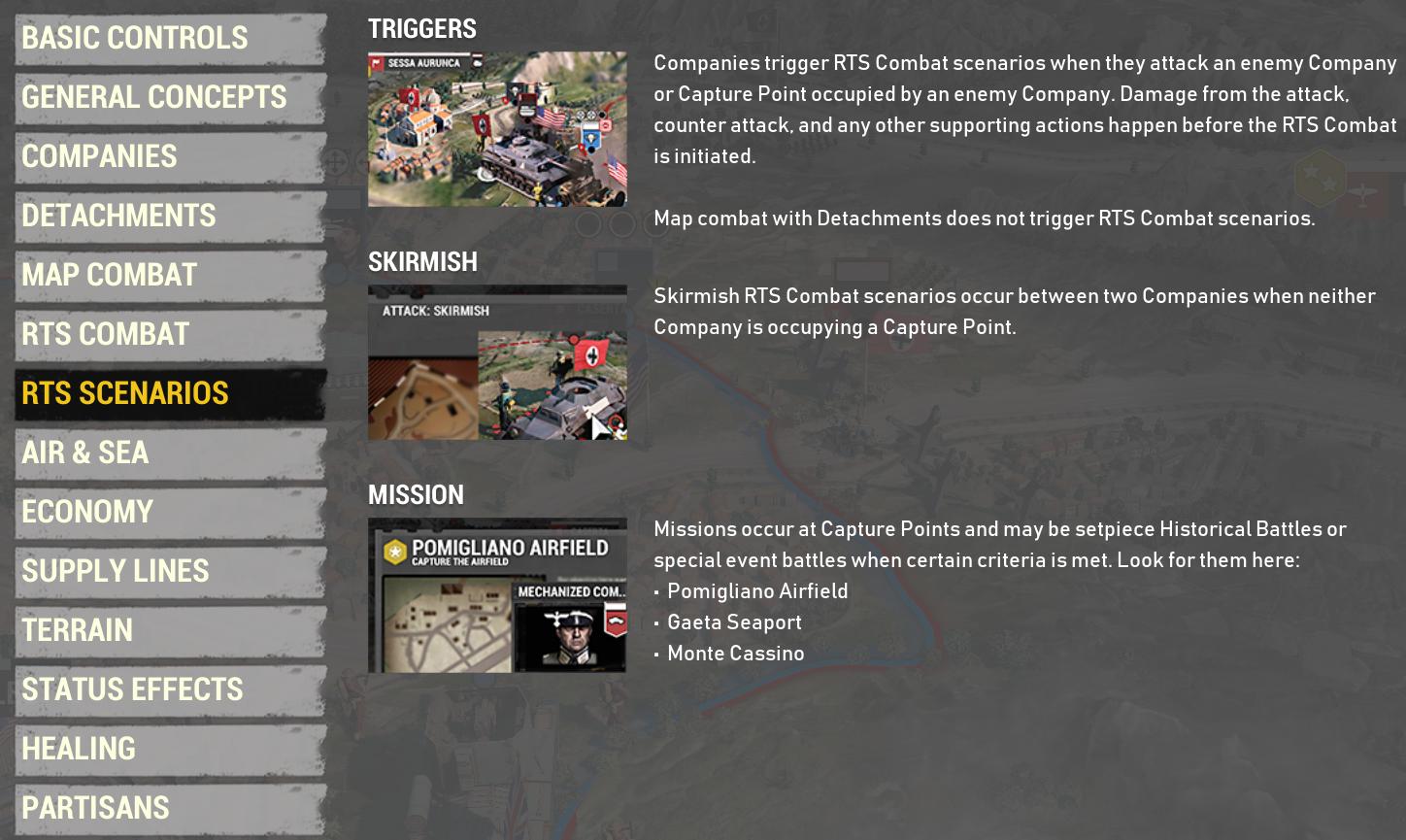 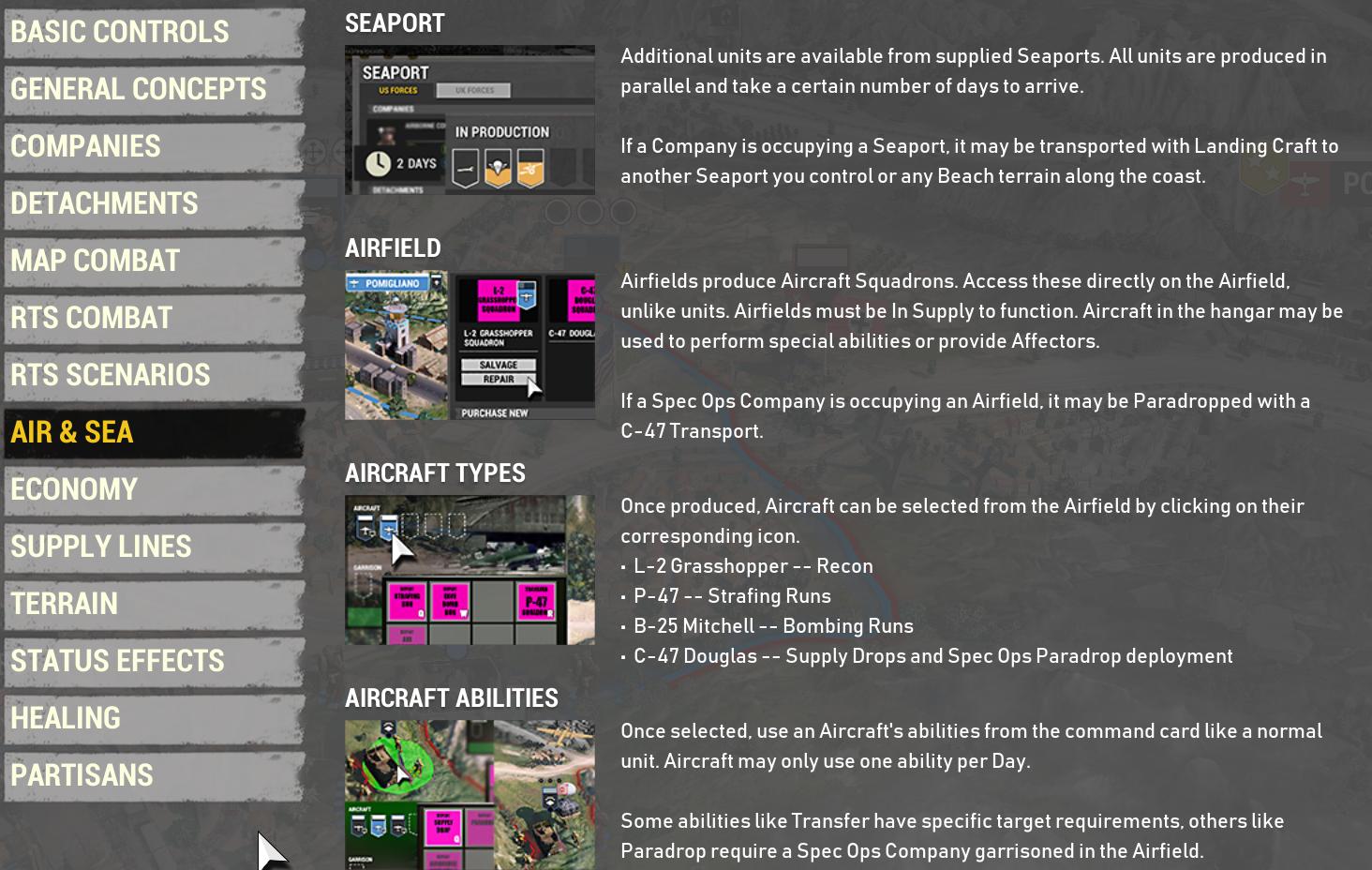 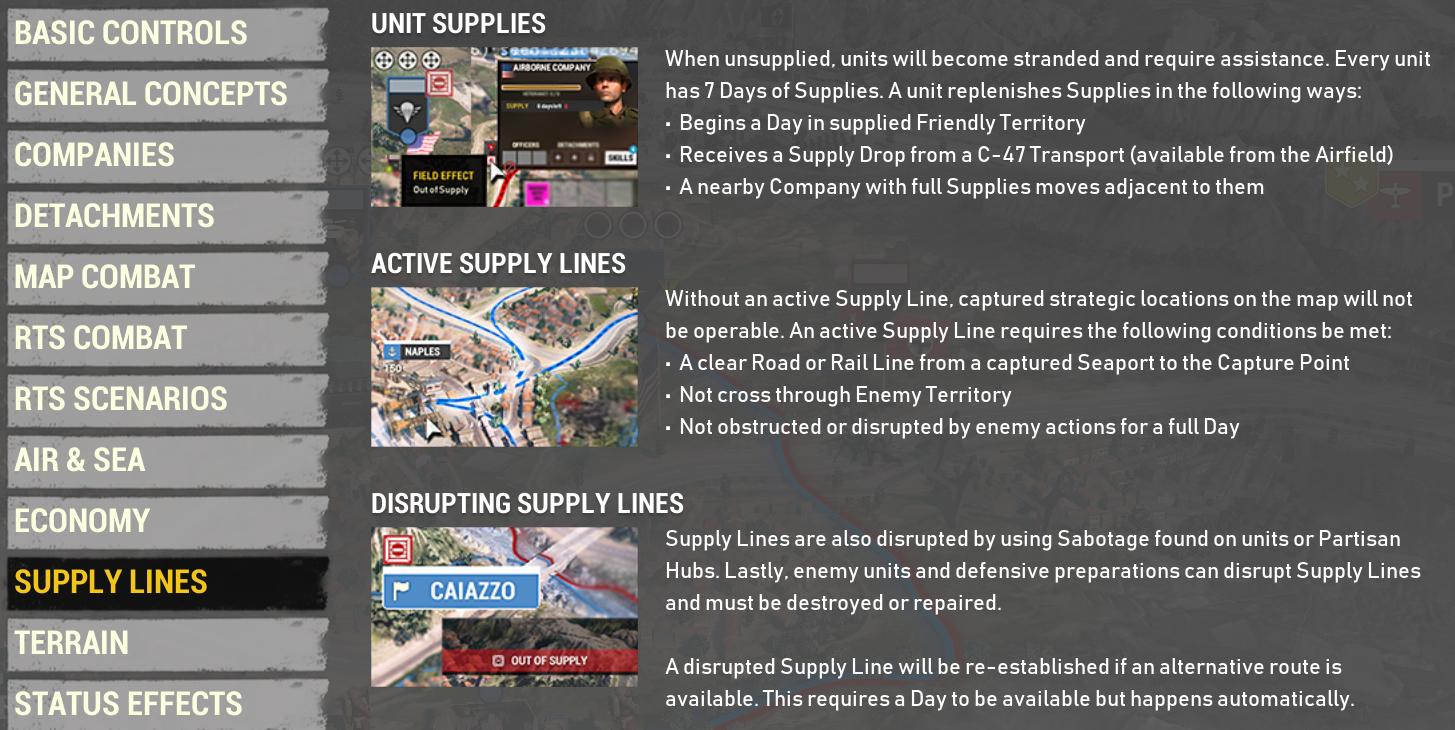 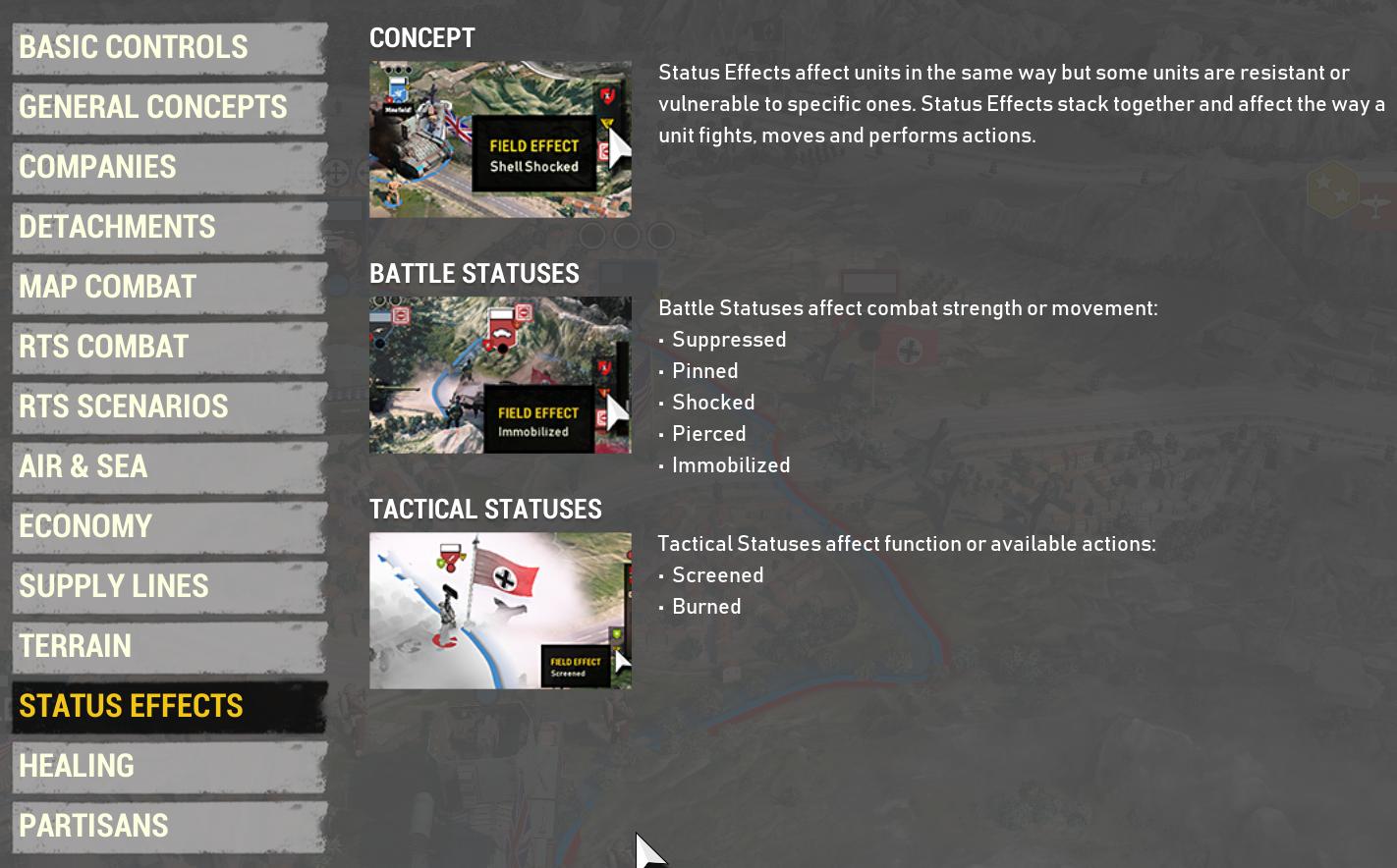 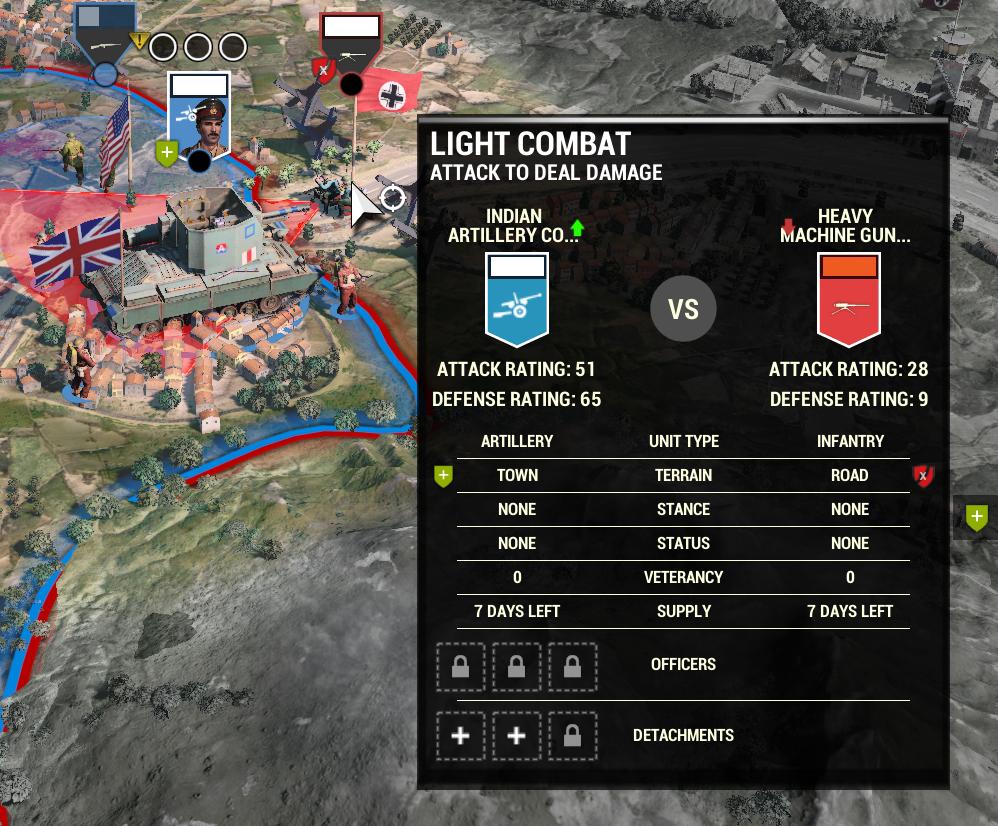 As you can see, the strategic part of the game seems to have a decent depth, which is pretty good, at first I thought it would be a lighter layer to wrap the RTS battles, more like the first Shogun TW than anything else.

People in this forum will be interested in this, there is a bit more of support for pausing the game and giving orders, orders can be queued this way and UI shows it the lines of movement: 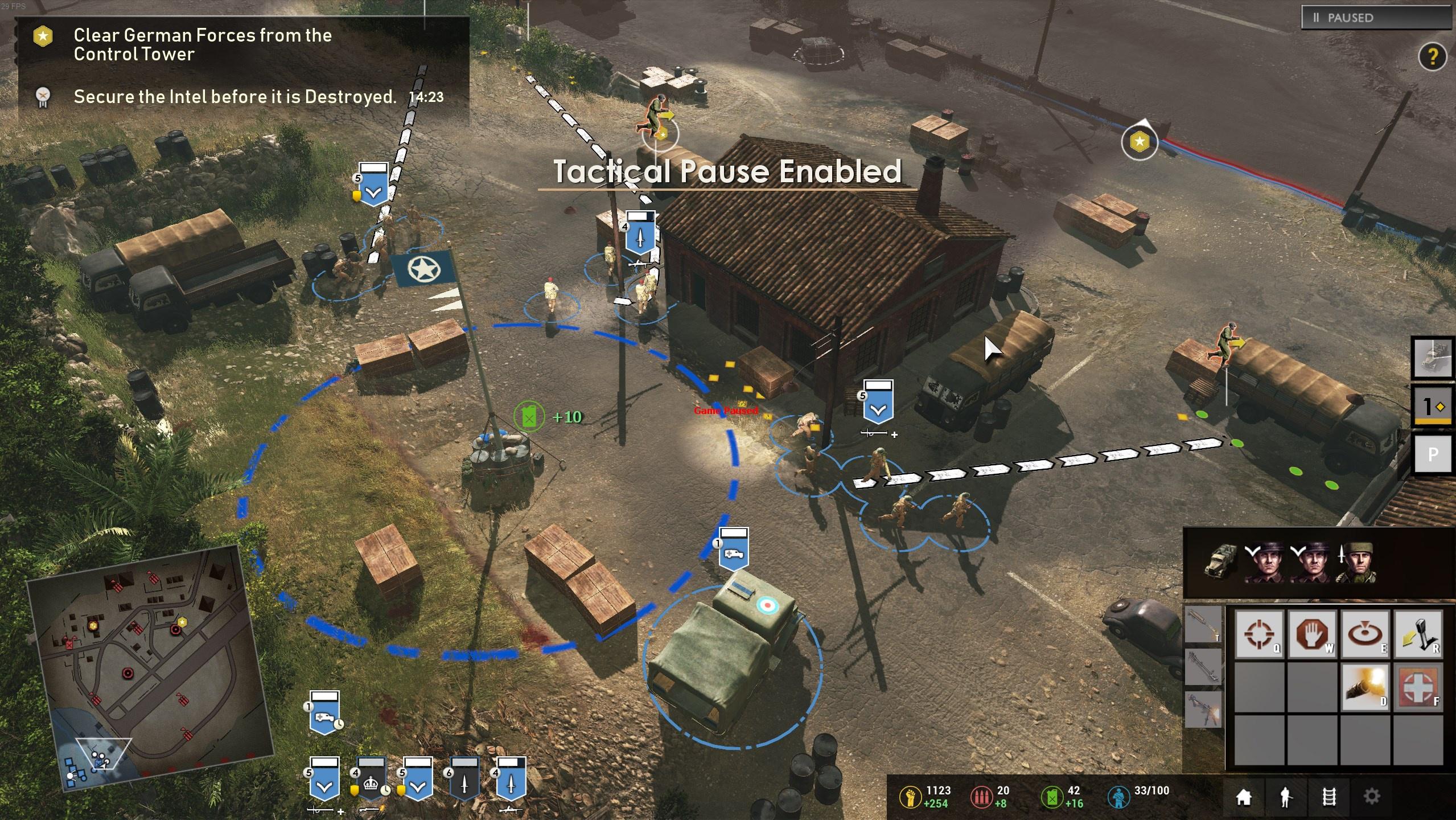 The part where I’m worried is how good will be the AI for the skirmishes you play when two companies met in the campaign map, the AI in the previous game could be hard to play against (given the advantage is apm) but it was uninteresting to play against, it just didn’t play like a human.

Played a fair bit of the pre-alpha campaign yesterday, before my progress got stymied by a repeated post-mission crash. I really like what they’re trying to do (hopefully they don’t pay too much attention to the people on the official and Steam forums complaining about TBS in their RTS, as if you wouldn’t be playing skirmishes most of the time after an initial run through the campaign anyway). It’s definitely a better approach than a traditional campaign. But there are a lots of issues with it at the moment, most of which are presumably just a function of its early state. Things like movement markers not appearing until you move further, in some cases making it impossible to only use eg 2 of 3 MPs. Lots of fiddliness about pathing/ability usage. And a lack of clarity about when a unit will participate in a battle.

As for the RTS side of things, I’m still trying to get my head around the changes and I haven’t done much in the way of skirmishes just yet, so can’t comment on balance or the nuances of the combat model, but it definitely seems like CoH.

The thread title makes me cringe, I approve!

I would also have accepted “Company of Heroes 3: We’re so, so, so, so sorry about Dawn of War”.

Any RTS with a dynamic campaign map has my attention, though CoH2 was way too aggressively paced for my taste. Infantry was outdated the instant you built it, there was really no opportunity to do much of anything before there were tanks everywhere.

Any RTS with a dynamic campaign map has my attention, though CoH2 was way too aggressively paced for my taste. Infantry was outdated the instant you built it, there was really no opportunity to do much of anything before there were tanks everywhere.

Yeah, it was the main problem of CoH Oppossing Fronts and CoH2, where it’s very easy to skip big parts of the game. CoH series has a just beautiful interplay in between all infantry options, with cover, grenades, houses, hmgs countering infantry, mortars and snipers countering hmg and houses, flanking options, retreat and reinforcement options being important for infantry, engineers building sandbags, bunkers, using flamethrowers against houses, etc.
And then 70% goes puff into smoke if someone rushes armored cars, because why bother with this game of rock-paper-scissors many levels deep with infantry when you can counter 80% (basically everything except AT guns and infantry with rpgs) of it with a vehicle. This was already an issue in the first game, but it was exacerbated in the sequels.

Then again they have said they are coming back to CoH1 roots and to give more importance to infantry, so I remain hopeful.

This looks like a game I would really enjoy watching someone else play.

This one will feature issuing orders while paused so that may help ease the RTS juggling.

The part where I’m worried is how good will be the AI for the skirmishes you play when two companies met in the campaign map, the AI in the previous game could be hard to play against (given the advantage is apm) but it was uninteresting to play against, it just didn’t play like a human.

Hard to tell so far. There’s no way to change the difficulty in the skirmish section and it appears to be on easy difficulty. Not really putting up a fight at all.

I enjoyed many an RTS in my younger years, particularly the Blizzard ones. But yeah, I have neither the focus nor the dexterity any more. Even by the time Legacy of the Void came out – and I 10/10 loved SC2 – I was pretty done with the genre.

Any interest in trying some old school Company of Heroes for a Comp stomp Monday? We have a thread for Comp Stomp Mondays and I’d be up for it.

This looks like a game I would really enjoy watching someone else play.

Jeff, I think we should play each other. I am slow as a turtle in these games. Knowing there are other people out there like me is kind of awesome :)

@Adam_B can fill out our triad!

The thing that makes me sad about this upcoming version is that I likely won’t have a PC that I can play it on, at least not for the next couple of years, looks like, what with having to win a lottery for the privilege of buying a $900 3070 card.

I am sure by the time COH3 releases cards will be easier to find, I mean 2023 is along time away!

Or wait this is a 2022 release, its mentioned here. 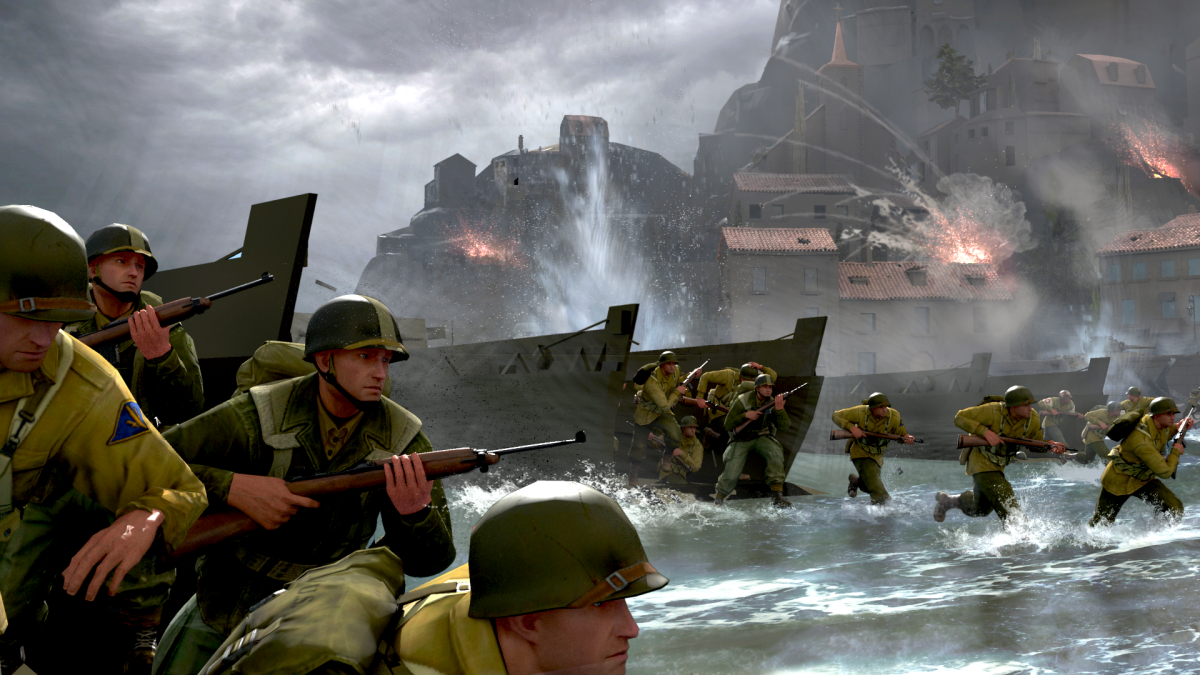 Relic returns with an explosive sequel that's blown our socks off.

That’s what I’m saying. I very much doubt that my creaky i7 6700 + 1080 card is going to cut it. And getting anything better is ridiculously expensive right now. I’d have to drop like 2500 to 3 grand all told, which is crazypants.

This looks amazing but the name “Company of Heroes” makes me a little concerned, as I’ve never enjoyed the way those games are paced (especially 2).