Plus I’m learning today from this thread that laptops can have bad keyboards? I mean, WHAT? That’s all a laptop is. A screen and a keyboard. At least with a desktop you can easily replace a keyboard.

That’s another thing - laptops are a lot harder to work on and replace parts. If you have a 3 year warrant you’ll pay through the nose for it and outside of that if something dies on it, almost always the motherboard, who is going to fix that? You know what’s super easy to fix in pieces as needed? Desktops. But also, usually due to elemental issue such as running hot, I deal with I’d guess ten times as many laptop issues at work than I do desktop problems. I bet I go a year without hearing about one of the desktops going bad, while with laptops I’m constantly having to contact Dell or HP to have a tech out to replace something, from a blu-tooth issue to suddenly the drive went bad on us. Some of that is down to poor parts, but what parts do you think get put into “gaming” laptops? Same stuff.

EDIT: To clarify my stance somewhat, I don’t hate laptops as a whole - they are a tool and a useful one at that - but they are something a lot of people think they want/need and really they do not. If you want to game on a mobile device that will run well and last a long time, get an iPad. You can play Minecraft or Fortnite on those, iirc.

No offense meant, not trying to flame you or anything, but what you’re saying is not true in 2022.

You couldn’t build a desktop PC with those specs for that price-- and with a laptop you get a built-in monitor, keyboard, mouse, and UPS. And it’s portable, so you can take it on the back porch with a cup of coffee and play Overwatch 2 or whatever.

Note this isn’t a high-end gaming laptop. Those tradeoffs make a lot less sense-- but a RTX3060 can do a heck of a lot more than play Minecraft. 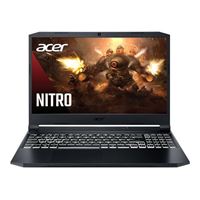 My motto is “you get what you pay for” and the number of times I’ve thought a laptop would perform a certain way based on specs vs how it worked in the real world tells me this is a turd. A $900 turd just waiting for buyer’s remorse to settle in. If you wanted to buy this, more power to you, but I would never recommend it to anyone.

EDIT: Reviews show the display is not great, the SSD is very slow, and it’s full of bloatware (this can be remedied of course by wiping the OS presumably, but sometimes bloatware comes from the drivers as well). I still feel like even with good specs this isn’t going to have legs for more than a few years unless you stick with indie fare (and maybe that’s all it can reasonably do now), and you still have all the other drawbacks of a laptop - heat, battery life, the battery itself only lasting probably 1-2 years before it needs to be replaced, what if a part goes down? It only comes w/a 1 year limited warranty. This just sets off a lot of alarm bells for me.

What you’re talking about is something else that’s recently received a lot more attention; the GPU TDP, its specced power rating and cooling, matters a great deal. You need to look that up before making your decision as it can dramatically impact performance. This particular laptop can go up to 95w on the GPU, which is close to the maximum for the mobile variant. It’ll play 1080p games like greased lightning.

It’ll play 1440p games great too, particularly if they support DLSS or you aren’t concerned about being locked at 60fps with an external VRR display.

The ease of having one gaming device with all of your mods and tweaks in a capable mobile device is great for those of us that need mobility. During the pandemic, I didn’t really need a gaming laptop. Now I do. The ASUS M16 that I have is faster than my 2.5 year-old Alienware desktop by quite a bit.

If I never planned on serious gaming outside of my house, a desktop would make a lot of sense.

Anyone that throws money at a “gaming laptop” is a fool, imo.

Who are all the young people on this thread that can read text on a tiny 15" screen???

Anyone that throws money at a “gaming laptop” is a fool, imo.

Dude. I thought we were friends. I’m… rethinking things…

Probably even if I got a fancy new laptop Unity games would still make it run like a frying pan.

Probably even if I got a fancy new laptop Unity games would still make it run like a frying pan.

It sounds like @Scotch_Lufkin is winning hearts and minds in this thread.

More like Unity losing my heart and mind! Basically any Unity game I run, even ones with simple 2d assets and not much going on, just heats the laptop up tremendously. Been that way for some time. I found a thread of unity developers complaining about the same thing.

I just think old guys (including me) get set in their ways and expect certain things to remain the same, such as building a PC.

It’s pretty insane to me that giant ATX cases being smashed out the same factories in Taiwan are still seen as the de facto way a ‘desktop computer’ should look. Some guys just like knowing that every part in their computer is something they chose. They don’t know what’s in a pre-built, and the opportunity cost of not knowing is worse than the constant hassle of dicking around with your home built that will always develop some idiosyncratic behavior. That fan rattles a certain way and that particular USB not working is totally acceptable for knowing you can change that fan or motherboard if I really want to.

It’s the same way PC people don’t get 4k monitors because they can’t imagine anything but tiny text, where as a Mac user used to pixel doubled (HiDPi) text, PC monitors look like dinosaurs from the stone age.

I do think the biggest drawback in the laptops i like are glued in batteries. Basically every laptop i have now is more or less just a mobile desktop as their batteries have become exhausted. Also, if you’re a clumsy, large sort of fellow, always tripping on wires and knocking things over on your desk, you might by your nature just inevitably break a laptop, and so sticking to heavy, large, solid things like big PC monitors and cases makes sense to your lifeway.

I went the gaming laptop route once and regretted it. Primarily because after 2-3 years when new games can no longer hit 60fps, you can’t upgrade the GPU like you can with a desktop PC, you have to buy a whole new laptop. An eGPU might be a viable option these days but that tethers you to your desk, and there are potential compatibility issues.

After I upgraded my PC recently, I managed to build a 2nd gaming PC for my gf, using the spare parts. Economically, desktop PC’s seem to be the better choice.

And I agree with Scotch on that $900 laptop… I already know it will be filled with cheap parts that will be aggravating to troubleshoot.

I went the opposite direction. I gamed on a laptop in mid 2010s and went back to desktop and will get another desktop again. Probably a prebuilt again because I cbf doing the work even though I like the lego nature of desktop. Probably because I also have a laptop to carry around instead having just one computer (and an ipad that can be used as a laptop in a pinch).

IMO talking about gaming/computer use nowadays compared with, say, 10 years ago is misleading. There are so many devices we nowadays use alongside the desktop/laptop (e.g. phone, ipad), and those devices can all legitimately be called a computer on their own. With the WFH trend, the mighty gaming PC is also nowadays a workstation (although I can only do light work on my PC that I use also for gaming, I do serious work on my laptop connected to external monitor to draw a line between work and play).

I think the resistance to better monitor isn’t consumer. It is Windows always making the UI terrible if you magnify it for a higher res monitor. Until Windows 10, everything would look terribad if the font isn’t 100%.

Turn vsync on. You don’t need 400fps on a 2D game (seriously, this is most of the times the reason for that behavior. Devs don’t put an upper FPS limit and the game runs too fast, using all power available).

I have the fps counter on in steam and it never goes very high, though.

This only helps prevent tearing when the frame rate fluctuates, it doesn’t reduce the burden put on the GPU/CPU directly. What @Kolbex would want to do is limit his FPS to 60 or even 30 (depending on what it naturally rests at) to reduce the resources being used to run the game. It sounds like, if the FPS doesn’t get very high, he’s already taxing his system running said game, and that’s just how laptops roll - they don’t have a lot of horsepower so you don’t have much (if any) wiggle room to reduce the thermal and energy (battery) costs of running games on them. And a lot of it comes down to how optimized the game in question is - and if it’s a Unity game, it’s probably not very well optimized.

No, turning on vsync should cap framerates to your display’s refresh as well.