Confess, Fletch was the second book in Gregory Mcdonald ’s Fletch book series, and this will be the third Fletch film after 1985’s Fletch and 1989’s Fletch Lives , both of which starred Chevy Chase in the title role. Jon Hamm will star in and produce this latest iteration, while last week Deadline reported that Marcia Gay Harden , Kyle MacLachlan, and Roy Wood Jr. would also be joining the cast, while Hamm’s Mad Men co-star John Slattery will also appear in the film.

Hopefully this is one of those “good in it’s own right” things, because while Jon Hamm can certainly be funny, he’s no Chevy Chase.

Huh. I really liked Hamm on 30 Rock, maybe he can pull it off. He has the enviable problem of just being too damned good-looking for comedy, but hopeful.

Hamm is GREAT at comedy, as 30 Rock and Unbreakable Kimmy Schmidt both prove. I am here for this.

He has the enviable problem of just being too damned good-looking for comedy, but hopeful.

This made me immediately think of this. (Canadian newspaper). Opinion | Why is Jon Hamm doing SkiptheDishes commercials? (I’ve got a theory)

An A-list actor and a Winnipeg-based third party delivery app seems like an odd pairing, Mathew Silver has some thoughts.

Fletch was one of my favorite movies growing up, but I’m so glad they didn’t try to bring back Chevy Chase like so many of these latent sequels. (Unless they managed to do it like Creed, which was excellent.)

I loved the Fletch movies, and always lamented the fact they didn’t expand the franchise. I thought the character was great, and Chase was terrific in the role.

I do like Jon Hamm a lot, as well, and think he carries the right amount of snark to pull it off!

This thread gave me a weird impulse to want to watch Fletch again, so I did.

It’s… ok. . A lot of the humor falls flat (Chevy Chase dreaming he’s on the Lakers isn’t bad, but he wears a big afro wig? He gets called in to assist an autopsy while disguised as a doctor and faints?) but a lot of the incidental humor is pretty good. There’s a throwaway scene where he pulls a chair away from someone else’s desk to sit down and a few seconds later that guy tries to sit and falls down. It sounds dumb, but I laughed. Most of the editing in the movie is poor, but the timing on that one is great. There’s a few things like that in the movie.

The plot is actually pretty good. I’d forgotten some of the twists and reveals. The portrayal of L.A. cops in the 80’s is a little over the top… but unfortunately not by much. It doesn’t exactly come together as a coherent narrative, but all the parts are there.

It has 80’s pacing. It meanders. The scenes are in no particular order. There’s a car chase because I guess they had the budget for it. It’s not clear how time passes in the movie. He flies back and forth to Utah twice in the movie, all while his editor is yelling that he has to make his deadline by the next morning.

I know I will get yelled at for this, but the worst thing in the movie is the music. It is super annoying. It’s the same synthesizer noodling over and over again, played way too loud, mixed in with awful 80’s songs

Geena Davis is in it! And, um… M. Emmet Walsh (in one scene). And… hm, let’s see… Joe Don Baker! George Wendt is in it for about a minute. A cast of dozens! It was directed by the guy who directed Tom Chick favorite The Candidate!

Fletch is a movie that had to get its hooks into you at a more impressionable age. If you haven’t spent the last 30 years quoting Fletch lines, then yeah, it’s just an average, silly 80s comedy.

The magic of Fletch is Chevy Chase ordering a bloody mary, a steak sandwich and a steak sandwich, the manure spreader that jack-knifed on the Santa Ana, and asking the doctor if he ever did time? Dr Rosenrosen and the head of Alfredo Garcia? Why don’t you go down to the gym and pump each other? This is the genius of Fletch.

Agreed. Not a month goes by wh where I don’t say to someone about something, It’s all ball bearings these days.

“Woo-ch! You should see my shoes!” I use that one quite a bit. 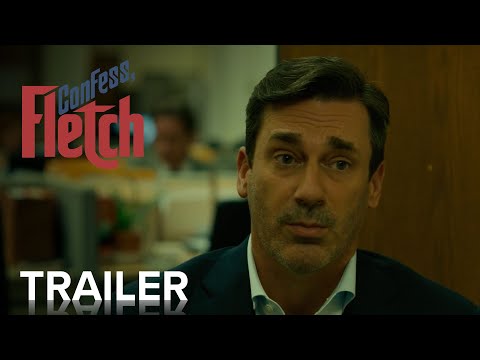 Looks, you know, amusing. I’m sure I’ll watch it. Eventually.

Hopefully this will spur whichever studios have the rights to put the original movies on a streaming service. I remember really enjoying the first two movies when I watched them in the early 90s.

You’d think they would have put at least one joke in the trailer.

They must’ve been pulled off because I watched them on either Tubi or FreeVee (née IMDbTV) just a couple months back.

Is it just the writing or does it seem like Hamm is doing a Chevy Chase impression? Or maybe it’s more that the Fletch character is totally intertwined with Chase’s own mannerisms in my mind.

He’s definitely playing it more laid back than I’m used to seeing him being. I mean I guess you have to if you’re going to be Fletch. I don’t know that I’d chalk it up as a Chevy Chase impression though. Seems like that would be a little more, uh, hammy. Pardon the pun.

I assume it’s based more on the books than the slapstick Chase films.

Yeah, not a single silly disguise in that trailer. I’m pretty sure if there were any disguises the trailers would show a bunch of them. 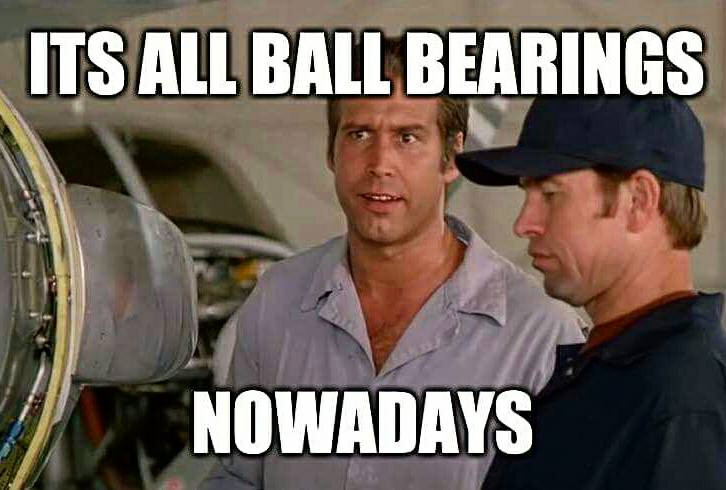