From what I’ve played, they could make a cool movie adaptation… The lore is strong in this one.

A little on the nose, but that Stormare fellow is definitely a crowd pleaser!

I’ll cast Thomasin McKenzie as Emily, the head of research who briefs Jesse at the main game save point. Except the twist is that for this role, McKenzie wears glasses.

Helly R should be Jesse.

That’s a good call, Wholly! She’s great, isn’t she? I could totally see Britt Lower as the lead in a Control movie!

We just binged Severance this week; that’s all I’ve seen her in but she was wonderful. And a few little touches in that show reminded me of Control too.

How far in are you, while it made a great first impression, I felt by late game I wanted it to be over.

Yeah, the first few hours were amazing. The story telling and visuals and environmental design hooked me in. I had waited until I had a new rig to play this, and then elden ring got me first, and I spent about 110 hours in that game before swapping over to control, which I played for a whole 17 hours (and I’m sure i was paused for a chunk of that time.) This is my first real “next gen visuals” game where my 3080 was pushed to do all the fancy graphics and ray tracing, and god damn it was pretty to look at. In that way, I’m really glad I didn’t try to play this on my old rig and 1080 where I would have had to leave most of the bells and whistles off. Max ALL the things instead, and the game is just beautiful.

I loved so much of the story telling and level design, but there was so much combat. The gunplay and general fighting were pretty lacking - the guns didn’t feel effective or useful, so it was really all about hurling rocks. Almost all enemies / encounters were solved with the same strategy (and again, guns did so little that all those upgrades/mods didn’t matter) so the toolkit felt a bit lacking. Maybe if I turned the game up to some super-ultra high level I would have needed to use shield more, or really used powers other than launch.

I wish there was a little more variety to the game’s combat / interactions (this game never felt 1/10th as interesting as Moon Crash in terms of choices), but I guess Remedy is really all about the storytelling and atmosphere, and they nailed it there.

I’m glad I finally got around to playing this, and it was a fun experience. Is the DLC more combat focused or story driven? Maybe after a quick dive into something else I could circle back for a few more hours of story if it’s interesting.

Is the DLC more combat focused or story driven?

The DLC does have story stuff, but it’s just like the base game in terms of having a lot of combat as well.

I recommend doing the Alan Wake cross-over DLC first even though it is the second DLC to be release. The Foundation DLC is kind of an ending to the game with an actual end game boss fight which the vanilla game lacked.

The gunplay and general fighting were pretty lacking - the guns didn’t feel effective or useful, so it was really all about hurling rocks. Almost all enemies / encounters were solved with the same strategy (and again, guns did so little that all those upgrades/mods didn’t matter) so the toolkit felt a bit lacking. Maybe if I turned the game up to some super-ultra high level I would have needed to use shield more, or really used powers other than launch.

I hate to chime in as the “you’re not playing it right” guy, because he’s always annoying, especially when he shows up after you’ve played a game. But it seems to me the intent with Control is that guns and kinetic powers compliment each other, in that you’re using one while the other is on cooldown. They’re supposed to give the combat a kind of diastolic/systolic pacing, gunplay, then telekinesis, then gunplay, then telekinesis, then gunplay.

But I think what happens for a lot of players is they come to rely on one or the other, for whatever reason. Maybe they really like a certain gun, or maybe aiming a weapon with a controller isn’t their strong point, or maybe they dumped a ton of points into a certain power to the detriment of other powers. Whereas Remedy intended a dual pulsing to the combat, where you use guns or telekinesis while the other is on cooldown, I think a lot of players just assume they have to wait out the cooldown, which is how it works in so many other games.

I’m not saying this is why you didn’t like the combat, @espressojim, but I do feel that Remedy’s intent wasn’t always clear to some players, which can lead to feeling like the gunplay or telekinesis is underpowered. Of course, the difficulty slider throws a whole other wrench into the works: the game will play just fine with only guns or only telekinesis if you dial down the difficulty low enough. But I do think this is yet another design that the developers will let players ignore without knowing they’re ignoring it.

If you made guns and launch equally powered such that you were switching back and forth between two sets of abilities (and appropriately targeting which mobs you hit with each one) then maybe it would be a more interesting system, though still just two abilities for most of your interactions.

There were certain enemy designs that were specifically “resistant” to launch, if only to make guns not completely redundant (telekinesis floating dudes, I’m looking at you.) Otherwise, the “change you and explode” enemies were so weak that the gun still worked at all on them in the later stages of the game, while all of the shielded up soldiers were bullet sponges that could eat a few clips and not die, but died to a single launch. Of course, you could kill the charging enemies with launch, so you only needed the gun if you were swarmed by both - anything is effective against them. I don’t see that as a choice, as much as understanding that one action you can take (launch objects at floater dudes isn’t going to work once they’ve spotted you) will be entirely ineffective.

The combat wasn’t particularly difficult, it just wasn’t interesting given how much of it there was, and how much the game was desperately trying to pad playtime by asking you to do board activities which were the equivalent of “fetch 10 wolf pelts”. I stopped doing that crap pretty quickly unless I happened to finish one of those goals as a part of doing a story mission.

Granted, I’m coming off of Elden Ring, which really has 0 “good” storytelling in my opinion, but did have a pretty interesting combat system with a ton of options.

You know what would have made gunplay more interesting? Maybe letting you access more than 2 guns at once, so you could pick out the right tool at the right time. It stinks to be stuck without your shotgun for that moment when there’s a monster on top of you.

You know what would have made gunplay more interesting? Maybe letting you access more than 2 guns at once, so you could pick out the right tool at the right time. It stinks to be stuck without your shotgun for that moment when there’s a monster on top of you.

Yes! The two weapon restriction can work in games where you pick guns up off the ground, as that peppers levels with semi-interesting decisions, but in Control it just reduces your choices. Control also makes you upgrade your guns using shared resources, so it incentivizes you to pick two broadly useful guns and just stick with those.

I think it was also a missed opportunity to restrict mods to incremental improvements of a single system. Instead of “5% faster rate of fire”, a better mod would be “-50% damage but restores telekinesis energy on hit”. They could have made these weapons complement each other mechanically.

There’s one mod that makes the machine gun fire longer while you’re levitating – that’s really fun, all the mods should be like that.

Yeah, that would be pretty great.

Late in the game, it felt better to spend my time inbetween triple launches hiding, as I took less damage than trying to plink away with a gun. Having an incentive to plink away would motivate more of the back and forth style play.

I did triple launches too and just settled on Charge, I think? The gun you have to charge. Get behind cover, charge a shot, let it loose, have my energy restored enough to go back to throwing shit.

I’ve been holding off on replaying this and checking out the DLC because I wanted to wait until I had an RTX card. I might need to just give up on that dream.

I modded Pierce enough to where I think I didn’t even have to charge it…instant fire solution, and then went for as much damage as possible so it was just a fucking hand cannon.

But yeah Tom is right. The combat tempo was switching between launch, and when that was not available or inconvenient, the service weapon. Some enemies like the floaters were easier with the fucking hand cannon I had created.

I don’t remember ever getting a mod like that for Charge. I do think the mods were mostly really lame, especially compared to the skill upgrades. Your guns would get 10% faster reload or similar while your skill upgrades were 50% or 100% increases to damage. Would have loved for them to go wild with the gun mods.

Did those only come from doing the DLC content? I played through the game with the DLCs enabled, but barely touched the actual DLC content.

If I remember correctly there were some new “formats” of mods that were available in increasing strength throughout the game if you had the DLC installed, and then some single weapon-specific mods that were probably only found in the actual DLC.

Okay I had to look it up. It’s a unique mod. Only one exists in the entire game. 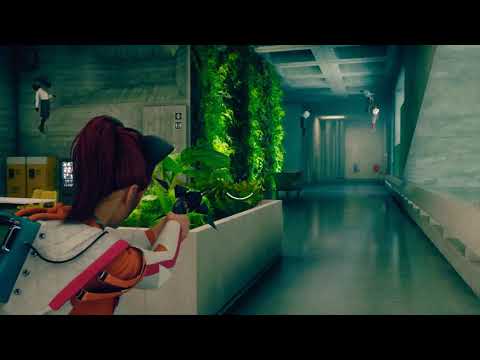 Each gun type has one unique mod that can be obtained. Looks like it was added with the AWE DLC.

P.S. Opps I meant Pierce which normally has a charge time while Charge is the rocket launcher with no charge time. Silly names.