I am really in the mood for another crafting / survival game. However, i want the focus to be more on crafting with a purpose and exploration than survival. I know there are dozens of these on steam early access with the promise that someday, they might be good. I generally stay away from EA games although Id consider one if it was already well developed and fun in its own right.

Oh, btw by crafting with a purpose, I mean that you are making useful things. I have played a number of games where all the crafting was done for NPC quests. Like bring me 5 planks, or grow me 10 grapes. That was just busy work and not fun in my book.

I have played tuns of minecraft and terraria. I also played out Ark, Conan, Starbound, Fortresscraft evolved and a few others I can’t remember right now. Are there any hidden gems I am missing? Bonus points if its supports multiplayer.

7days to die comes to mind. But I wager that’s not a hidden gem. You are crafting for your survival. You need to explore to find the recipes and resources you need. Especially on randomised maps. You can adjust the difficulty so it is not as harsh on the survival.

Yeah, I played 7 days to die. Fundamentally it is a good game, but it doesn’t have much of an end game and is quite unbalanced. It is a shame that this game seems abandoned or progress is glacially slow. I think after a year after I finished play it, it still had not changed at all except for a minor graphic patch. Id love for a bigger company with a lot more funding to take that game idea on.

what a great game: 7 days to die. It’s a shame they didn’t do a second part.

My favorite game of this type, which admittedly may not fit everything you’re looking for, is Craft the World. It’s not a survival game exactly, but close enough.

You basically run a small team of dwarves, mining, gathering, collecting and then crafting to upgrade gear, defenses, furniture, food and even decorations. Ultimately your goal is to find hidden portal pieces that then allow you to craft a portal to a new biome. The pieces are of course guarded by mini bosses.

There’s also a sort of RTS battle system every once in a while. On a timer, an enemy portal will appear near your base and spill out tons of monsters that your dwarf team has to defeat (or survive) against.

So that’s my pick. Great game, fully released, and does have MP with a DLC pack I believe.

Another option is The Forest. Probably more along the lines of a true survival game with crafting that matters.

There was a raft game that was
Popular on Twitch for a bit. Looked interesting but I don’t know what the end game is.

Subnautica is one of the best I’ve played. It has a light narrative and exploration is a big part of it. The game also changes a bit as you go. But at its heart it’s a survival/crafting game.

Subnautica and The Long Dark.

Subnautica is fantastic and the crafting is very meaningful and rewarding, and actually required to really progress the story. This game is more about exploration of the two. 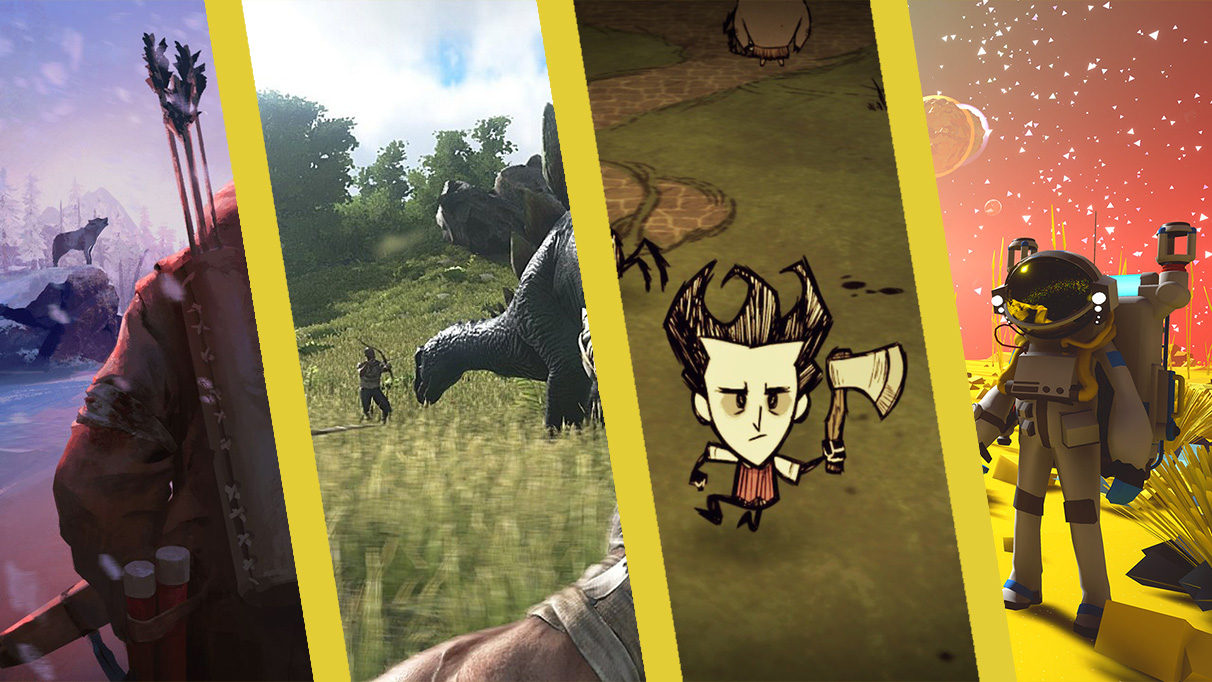 The 20 best survival games on PC

We’ve been battered by wave after wave of survival romps since Minecraft popularised the genre, with its deadly nights and groaning zombies, almost a decade ago. In its wake, we’ve been introduced to a cavalcade of punishing, persistent environments...

The Long Dark was number 1.

A newer one not quite finished (I know, I hate when they do that,) is Breathedge. Maybe keep an eye on it to see if it will pass the content crossover point to become a hit.

There was a raft game that was
Popular on Twitch for a bit. Looked interesting but I don’t know what the end game is.

The Flame in the Flood?

When you say Minecraft do you mean vanilla or one the gazillion mod packs? Because modded Minecraft is probably my game of the decade, with the provision that the experience can range from a bit rough to a nightmare.

Dig or Die is pretty much a survival/crafting tower defense game.

Astroneer is coming along nicely, but light on plot.

My Time at Portia is a great laid back crafting game. Same with Yonder. though I believe both are still EA.

Don’t starve is a classic. I’ve only played the base game but there was plenty to craft and you can almost configure the generated world to be as big and difficult as you like.

Woefully overlooked is Radiation Island, which I play on iOS but is also on PC.

When you say Minecraft do you mean vanilla or one the gazillion mod packs? Because modded Minecraft is probably my game of the decade, with the provision that the experience can range from a bit rough to a nightmare.

I mean heavily modded minecraft. My favorite pack is FTB Infinity. However, I think I am done with it. I have build / accomplished just about everything I wanted. I think I need more of a purpose in minecraft now. Maybe if there was a mod where you could help build a nation or even a large city, that might be enough.

Portia is on sale today on steam for 20% off. I think Fanatical has it even cheaper, 33% off. It is a nice chill crafting game.

@Clay this is the particular raft game I was referring to.

I’ve played the crap out of FTB and a few major modpacks before it. Multiplayer with the same guy that was on Ark with us. I haven’t played in a while though. Nothing will beat the first time I played a modpack with all the machines, pipes, and whatnot.

Every mindcraft-esque game I’ve played since has paled a bit in comparison in some way.

The genre draws me in, though. Hell, I JUST replayed Subnautica again not long ago, just to experience what someone took a screenshot of on reddit (where they got the Cyclops down to the Primary Containment Facility and built a base there.) After doing that, it’s a bit overrated as a location with the exception of the teleports. The Cyclops took a beating though because there wasn’t a good safe parking spot that the big guy didn’t path across.

If this thread leads you to a good one, please let us all know. I’ll add it as something to play, too.