If you can’t remember bombing blue goop in CW3… Then did you even play the game? ;)

The only way to make up for this mistake is to play countless more hours of CW3!

Ps I’m in love with this game enough that it’s the only YouTube channel that I pressed the bell notification icon for, so I ended up watching that vlog only 10m after it’s upload!

Quite a lot had changed, but he didn’t actively point any of it out!

Also, it’s a shame the ‘temporary’ names he’s given things have stuck, because, like in CW3, he’s awful at naming things e.g. striders.

That really does look good. But I just picked up the other games and will need to get through all 3 + Particle Fleet before buying this one.

need to get through all 3 + Particle Fleet before buying this one.

3 is brilliant and obsoletes 1, 2 is an oddity that may or may not be to your taste though I quite liked it. And no one has ever needed to play Particle Fleet, it’s more of a tech demo than a game and best skipped.

I always watch these vids at 2x, and even then he’s speaking pretty slowly. I can’t imagine watching that full vid at 1x! (I think it was originally a live cast)

will need to get through all 3 + Particle Fleet before buying this one.

Play CW3 and then (assuming you don’t get stuck playing the infinite content of CW3…) Particle fleet.

If you still want more Creeper-themed action then play CW2. I don’t think it’s possible, in 2019, to play more than 1 mission of CW1 without being affected by the ancient flash UI and throwing in the towel.

Yep I went with 2x speed on the video and it was fine, I will get this day 1 for sure.

I need to go back and play more Creeper World 3 as I liked it a lot and for some reason got side tracked. I’m probably need to start fresh as I have not idea how to play anymore and I recall thinking some of the tools were a little finicky to use.

I should never watch the videos because it just makes me want to game so badly. When is he releasing?

I should never watch the videos because it just makes me want to game so badly. When is he releasing?

IIRC he has not said yet.

finally got to see the video. It is looking good!

I’m still going to champion this game, even though I haven’t played the series that much, so, new video!

Some different features and a bit of polish that isn’t going to change anyone’s mind, but it’s looking good as far as I’m concerned.

Looking fantastic. I’ve loved each game in the series more than the last, this may well be my most anticipated game for 2020.

2 special guests on this month’s video.

I don’t think there’s anything new, but it looks better and better.

Man I can’t wait for this to come out. 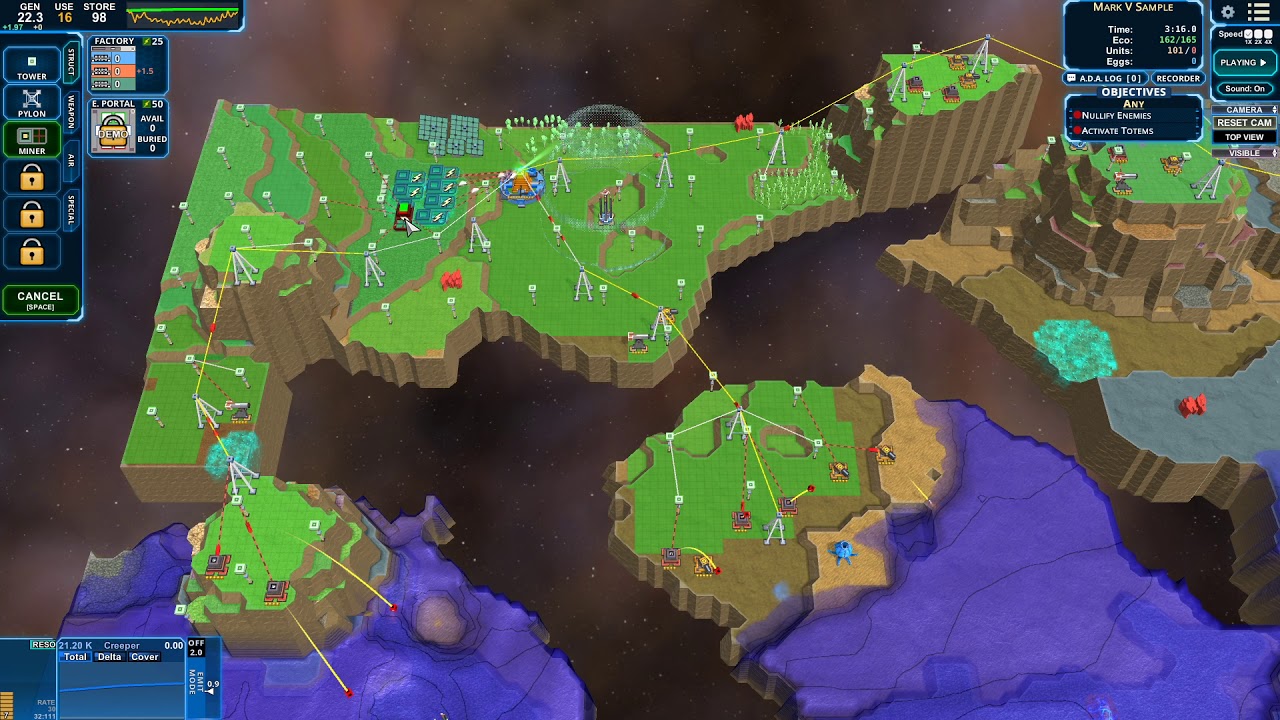 I may have set a reminder

For everybody else who doesn't see a download demo button, here is the link...

Copy paste this into your browser, and you will get a popup in steam to download the demo. Compliments of multiple people in the discord. steam://install/1293770

Just finished it up. The story material is presented in a very different and occasionally confusing manner than the earlier games, but once it clicks then it’s way more tolerable. The gameplay is basically 3D CW3, but with more resources to keep track of (thankfully with most of this automated around a single factory building so long as you can keep it hooked up to your full supply chain) and some new stuff to play with. The assortment of what you’re allowed to use and what you have thrown against you is a bit limited, but there are still seven respectable levels to work through.