Yeah, I always wondered why there wasn’t a more flexible mechanism for forming a duchy or kingdom

Forming a duchy would be hard with the engine, and probably hard to balance. You can form a kindgom out of three duchies though, with the [something] DLC, at a pretty hefty cost. It isn’t organic, but I don’t know how that could happen.

Ok, so I’m the Duke of Burgundy… can I become independent? Can I overthrow the king of France? Become the king of England or a Holy Roman Elector?

I agree, though, it’s not clear what you can do or how, or that, sometimes, it feels gamey. But I don’t have many ideas on how to improve on it, hopefully they do.

Yes, it’s literally two basic Latin words, the noun God and the verb to will. Latin of course was used by most literate people in the middle ages. Everything involving the Church was in Latin.

Can’t wait til they get into genetics. I want to have a freak king with 9 Y chromosomes LOL. 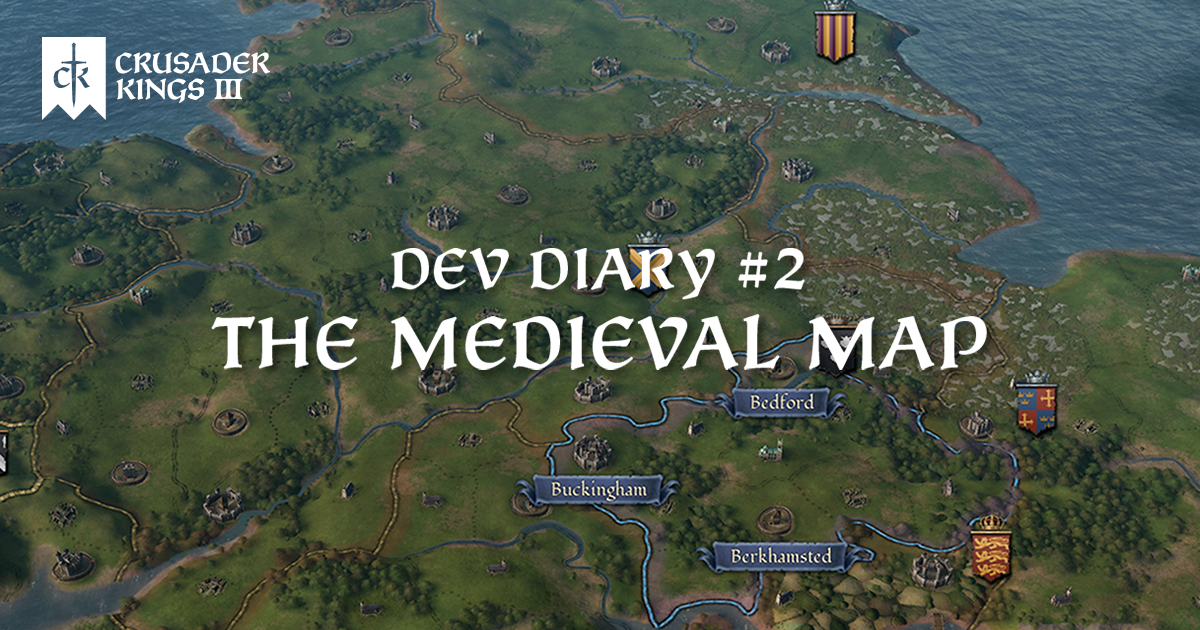 the entirety of Tibet will be present, unlike CK2 where the most eastern parts were excluded

What the hell map projection are they using that this is possible while leaving (western) China offmap. The CK2 map was already ~100 miles off of the ancient capital of (modern) Xian

This was always a pain when it happened in CK2, and it also impacts various stuff that required holding the entirety of a kingdom or whatever. Although slightly hilarious in thought when two big blobs start a war over a misplaced barony, though very annoying in practice.

Best part about it though is if you were at war with one of those blobs, kind of got you out of it. It’s not so much fun though when you’re one of the blobs trying to get the dang thing back.

On a separate note - this means republics as they worked in CK2 are impossible in CK3 (they hold random baronies all over the place in different larger realms).

War, let’s have some.

Also included for the first time in CK, supplies.

Ooo, nice, that sounds like the new Imperator supply system. I think it fits this level of abstraction really well.

Schemes, secrets and hooks. Oh my…

I love the sound of these three systems… I also like that the character portraits have different poses, never noticed that before.

This really sounds like a great improvement in terms of clarity for doing a lot of the interpersonal stuff that makes the game so awesome.

It seems like they could allow plotters to know the secret about each other, but not use it as a hook, though I suppose as an abstraction you can just assume the secrets shown are the usable ones not literally every secret the person knows.

It’s becoming clear I am going to be so horrifically bad at this game all 500 hours I’ll undoubtedly spend on it.

characters can also carry recessive traits… those are not visible, but can be inherited by their offspring!

Courtiers are mostly non-permanent and will move around courts every so often looking for a more permanent station. Wonder what they’re doing to keep the population in check.