I’d like them to add more to HOI 4. Like really take us deep into the Cold War.

I really hope they tackle the Cold War period. My hunch is that when East v West was cancelled they started working on it. Vicky 3 would also be really nice!

It’s not exactly a traditional Cold War game, but the HOI4 mod TNO might help fill that gap. Turns HOI4 into a more narrative strategy game in an alternate 1962 Cold War.

Anyone remember then original pre-purchase options? I’m sure I would have gotten one that included DLC if it was available, but I can’t remember. Don’t want to buy the DLC if I’m supposed to get it based on the package I originally got.

There was a Royal Edition. Details here: 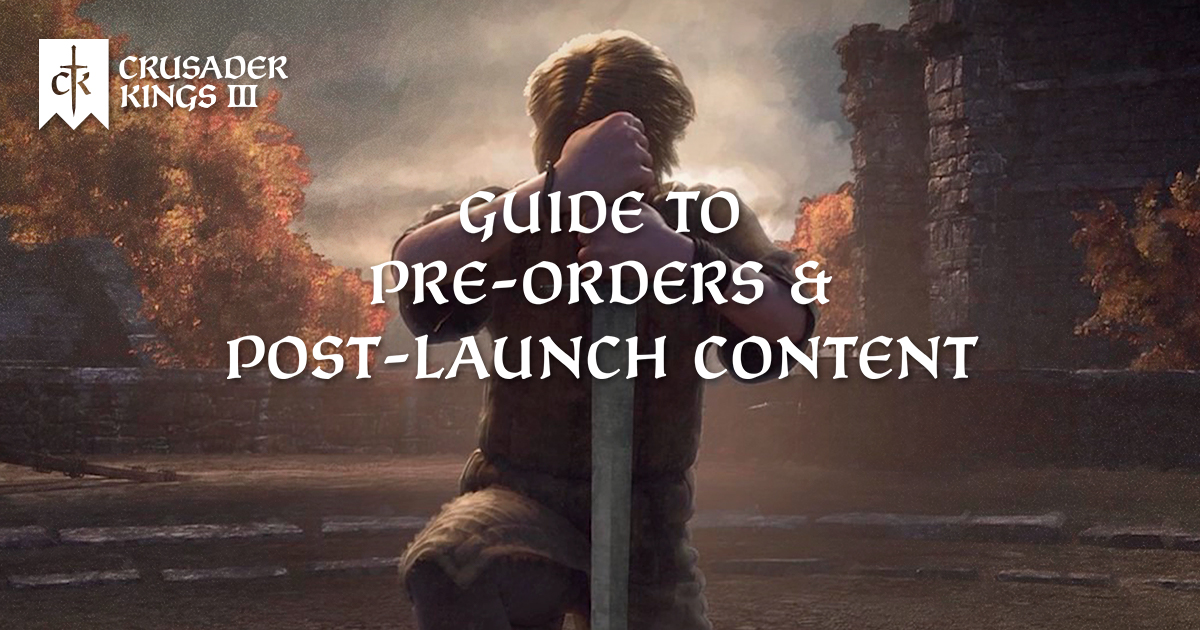 Understanding the Editions Available, the Expansion Pass and Our Post-Launch Content.

Question 2: When will the Expansion Pass be available on its own?

Thanks Kevin. I got the Royal Edition. Wonder why Steam isn’t notifying me that I already own the new DLC?

Also free week for base CK3 on Steam

I have the Royal edition as well and got no notification, but then were we supposed to?

It just showed up as “in my library” when they announced it.

Greetings! Today is the release of Northern Lords, and with it the free 1.3 patch that we’ve dubbed ‘Corvus’ in honor of Odin’s ravens!

Northern lords was available to buy for me, but also showing as owned (since I have the deluxe edition).

It was part of the game when I launched it after Steam updated it- so no need to buy.

Sooo… Anyone try the dlc?

Dived into CK3 a bit this weekend, since it was free to play for a limited time. Was surprised how little had actually changed from CK2 - it felt immediately familiar, even with the few additional tweaks and twists they’d added into it.

Neat: Loved the addition of dread and stress. Decisions feel a lot more situational, now - compared to CK2 were there was usually always a “right” decision. And a lot of the new lifestyle stuff was fun, although some of it felt completely broken. I only played 3 generations during the trial, and had reformed the faith and created the Scandinavian empire ruled by a family of ubermensch with guaranteed intelligent offspring within that span.

Not: The new UI is pretty, but to me it feels worse than the old one. Map is awful - I don’t know how many times I sent troops to the wrong holding, just to have them hang around doing nothing instead of sieging. Many annoyances, and if I - being familiar with CK concepts - find this hard to use, I wonder how “new” players find it.

Also - still feels somewhat content-poor/base game-like. It’s a far better base game than CK2 was at start (and perhaps any other Paradox game at that point), but it still feels like a game just waiting for Paradox to build DLC to flesh out the potentially rich game mechanics - because a lot of them just seem to serve little purpose currently. So probably remains on my “to buy” list until the next round of DLC.

Have to wait for May for their next new game announcement will be a major disappointment for not being Victoria 3.

Requoting, because this was the only place we discussed the announcement.
A little after our exchange, I remembered, hmmm, there was a mystery in PDXCON2019, and we might actually know whose game it is and sort of what the game is.
Might.

Perhaps. I think a couple of the big names in Paradox are working on mystery projects so who knows.

Although I’ve not played it, I loaded it up just to poke around - a really impressive LoTR conversion mod: 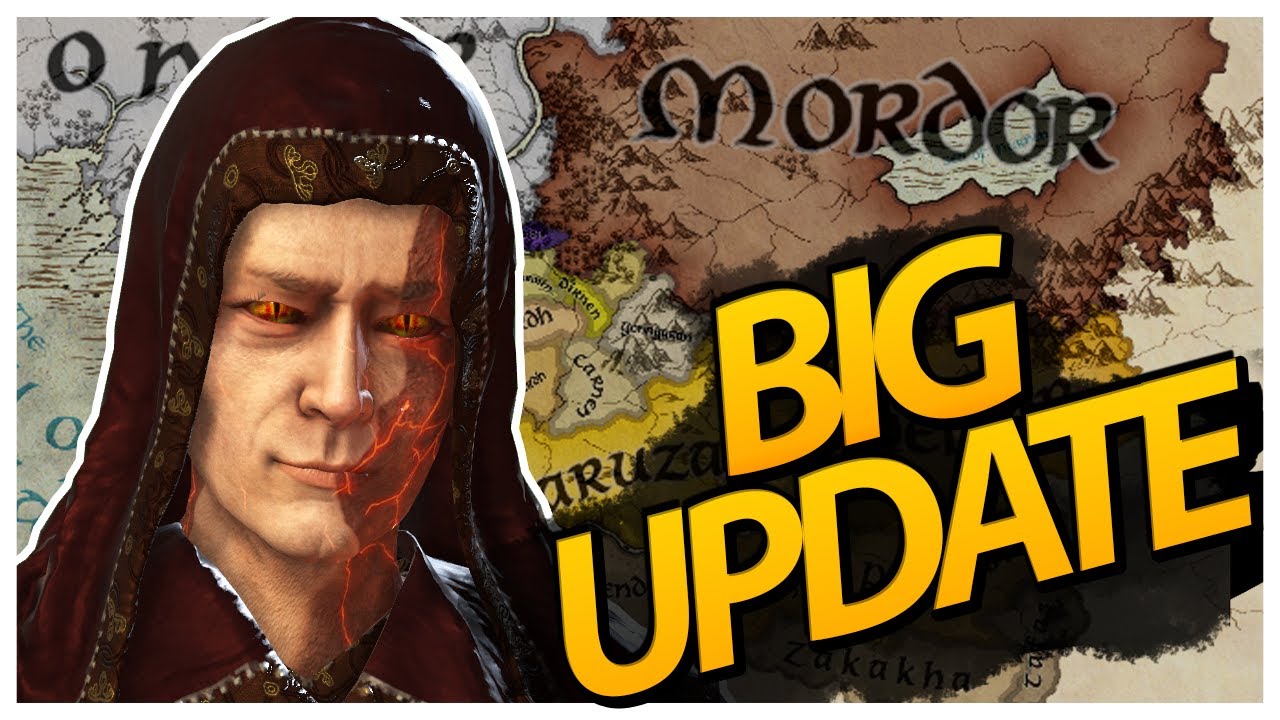 So I keep bouncing off of many of the Paradox offerings because I’m just not interested enough in their historical base. But the number of apparently worthwhile overhaul mods is larger than I thought, and could push me past my block. The problem at this point is that I have a silly number of Paradox games acquired from various humbles/free-on-steam/kids purchases/whatever (and overhaul mods are pretty good about not requiring every DLC under the sun). And NOW I’m at a point of analysis paralysis.

CK2 is ‘dead’, along with most of the overhaul mods. But that also means they are (for the most part) complete offerings. I would of course have to learn enough of CK2 itself to actually play the overhauls. But there is so. much. there.

CK3 is the new hotness, but not all of the overhauls are fully… overhauled yet. But they seem to be getting there. CK3 sounds like it is less daunting to learn, and would get my into an overhaul mod faster but I’d then be in the development cycle (of both CK3 and the mod).

Curious if anyone has encountered the same scenario, and which way they went. I don’t want to expend a bunch of effort on CK2 just to wish I had spent that time on CK3, but on the flip side I don’t want to spend the effort on CK3 just to have to shelve it waiting on mods to be more complete.

I’m trying real hard to ignore the fact that there are a bunch of very interesting sounding HoI4 mods too.

What are some of the overhaul mods that are tempting you?

So… many… (the big guys like LOTR, Elder Scrolls, Princes of Darkness, GoT, etc.). Yes, taking it from historical to fantasy seems to be the trend.

After poking around for a few days, it looks like the big guys (ie., all of the above plus more) are already in CK3, or will be there soon enough. Fully up to what they were in CK2? No, probably not for a while. But it is probably silly to chase CK2 DLC when I can just build up CK3 in real-time, and enjoy the evolution of both the base game and the overhauls. So it was probably a silly question to begin with!

Going down the rabbit hole also led to interesting HoI4 mods as well. Between the two games, there is more gameplay there than I can likely swallow. Compounding it with going backwards to CK2 is likely folly - and more likely to turn me away based on all the threads about how hard CK2 is to grok.