I don’t think it’s lack of effort. I think it’s most likely that they backed themselves into a corner and can’t really change the things we’d like changed without effectively redoing much of the game. The fundamental systems and design are problematic, not just the bugs.

They are trying, I’d bet there are at least two people working on post launch support!

I think it’s likely that they have a small core team on immediate bug fixing, and another team making a bigger content update that will be released next year.

It seems they work on technical debt fixing bugs. Like rewriting huge parts of the code so that they can show the game for 5 minutes without dumb embarrassing bugs. Bugfix like “now people aren’t twitching randomly in story cutscenes” are harder to sell than something like “dude won’t talk as if you completed mission if you failed it”, but the latter might take an hour to fix and test and the former might take weeks.

The environments really do get much more varied. The beginning of the game has a lot of missions in a small area, but the game includes a variety of urban, suburban and rural areas. Tank farms and warehouses in an industrial area, small auto yards in a rundown suburb, fancy houses in the hills, ramshackle farmhouse on a country road, motel on a dusty highway to nowhere. The transitional areas between the environments feel very natural as well. The physical spaces are really the stars of the game.

Yeah, the environment is great. Much of the enjoyment I got out of the game was simply going around and doing whatever in the cool environments.

Yup, just roaring along on my bike with the jazz station on. Made for a great film noir feeling.

Oh I haven’t been on much. Been busy with work etc, and I know Jm is grumpy with me for criticizing his streams (god bless him). Just sayin though … I ended up sorta liking this game. NOT finished but …there were some moments where it was sublime. And that’s the best any game can be in my opinion.

I resumed my old playthrough a few days ago and have to say I’m rather enjoying it now - the game still screams lost potential though.

The biggest issue for me is that the game isn’t really what I expected - I wanted more Deus Ex, Shadowrun, Blade Runner, etc; big, sprawling corporate sponsored conspiracies - and outside of main quests the player barely gets a glimpse of this. Corps in the game come across as shell companies that have a PO box registered somewhere and nothing else. Yeah sure, Militech and Arasaka have a few random cars positioned at POIs, but they’re just the same as all the other faceless goons out there - absolutely no flavour on any of the factions. 95% of the game you spend as an errand boy for some dodgy fixers doing pointless quests, it’s terrible. Some of the more fleshed out side quests where you help the more prominent NPCs (River, etc) are a little better though.

And the way the game treats its resources is simply appalling. The soundtrack is pretty good - IF you listen to it outside the game. You get banging songs like this: 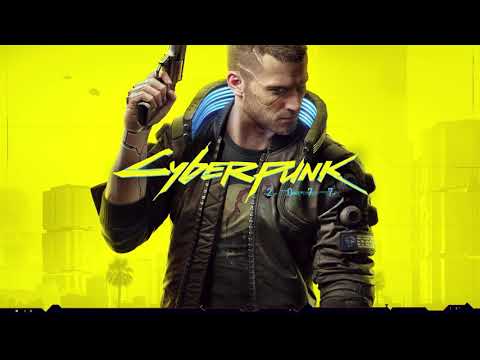 But whenever you hear it in the game it’s over some shitty radio that is either too loud or too quiet, or plays at the worst possible time, in scenes where it’s completely out of place. The audio mix in general is super bad, frequently the NPCs sound like they’re talking from another room when they’re riding in a car with you. I often shoot at radios and speakers just to get a break from it. And the beautifully textured vehicles - great, until you call them and they drive over (fortunately by this point you’ve learned to stay still after being ran over them 50 times) and make this cartoony stop and beep, it’s so out of place it hurts.

Or how trying to do literally anything but staring at the NPC as they talk leads to some awkward situations, such as UI getting stuck, NPCs frozen after a sentence, or cancelling the line because you wanted to crouch to pick up an item.

The game had insane potential, but looking at Witcher 3 I doubt it will ever be fully realized. The quests will not be re-written, and CDPR has demonstrated that they are not up to the task when it comes to UI and game balance. Still, the combat is somewhat enjoyable, so it’s not a total loss. It’s not like we’re drowning in first person sci-fi RPGs.

But like @Belisarius said, it’s embarrassing that the game is still mostly in the same state after 10 months as it was at release.

It’s so stupid that quest progress seems to be on a timer. Just now I had to load and save and jump the time a couple of times to trigger “Pisces”, with absolutely no indication that is even going to follow. I’ve cleared the entire open world minus one bugged gig and have nothing but the main quest (at point of no return) to do or to twiddle my thumbs before the NPCs decide to progress their side quests. Sigh.

Even dumber is the fact that (I guess it’s not a spoiler) like half of sidequests start or conclude after the main story is concluded and you’re told to finish all your tasks. Story-wise this is the point where the hero has barely enough time to survive through the final mission, but all the silly (and fun!) quests come at this point. Such dissonance!

Horrible, horrible pacing and buildup for the ending. What a wasted opportunity. I went with letting Johnny take over and let V live at the end and the whole thing was such a slog to get through that I uninstalled the game afterwards instead of trying out the other endings.

Let’s hope they learned their lessons for Cyberpunk 2, because this game cannot be fixed.

The endings were uniformly unsatisfying, though you can make an argument that they all fit the narrative. I just don’t find the narrative all that compelling as a player.

I think the ending themselves are fine. I’ve played through the one where you basically go with the flow and try to save your life. And it was very… cyberpunk. Touching. Sincere.

But as I’ve said right before that ending I went through silly quests with reuniting the band of dudes who are supposed to be in their 70-80’s right now, I guess?.. It’s like the beginning and the end was written by a team of good competent writers but the rest was made by people who have no idea what cyberpunk is supposed to mean. It’s worse than Bethesda games in that regard.

I know you can say similar things about Withcer 3 but it somehow works. Perhaps because there’s a uniting force in the face of characters. CP2077 has Johnny but even he is not that well defined. His teen angst isn’t even articulated properly, he’s just angry at The Man. Plus CP2077 operates inside the world that is supposed to be very close to ours, so some stuff is harder to forgive.

I keep checking in on this thread as I stopped week one of play due to bugs. I’m sad to continue to see they really didn’t address the gameplay/questing it sounds like. Did they make enough off it they will even throw a DLC and possible patch in or have they moved on from it entirely?

Are fans modding it at all?

It sold well to start, but that of course dropped quickly.

My guess is they’re working on a huge free update with tons of content and changes to essentially relaunch the game. They want CP2077 to have a long tail like the Witcher 3, with people still buying it and talking about it for years, and without a relaunch that will not happen.

If you can get it for like half price, it’s well worth it for what it is even at its current level of suckitude. I had fun with it, though my expectations were not high to begin with not having read much about it or frankly even being a fan of the Witcher stuff.

I had a great time and don’t feel cheated after paying full price. It’s a neat game, absolutely gorgeous, and runs well if you have a beefy PC. It just isn’t what the developers promised, nothing even close.

My guess is they’re working on a huge free update with tons of content and changes to essentially relaunch the game.

I’m hoping that this is the case. But it’s probably not true. We’ll see. If they’re going to do that though, I would put the new content in the game when they finally launch the Series/PS5 versions of the game.

Oh yes, without a doubt that’s the time to do it.