David O. Russell goes to AMSTERDAM with Lots of Friends 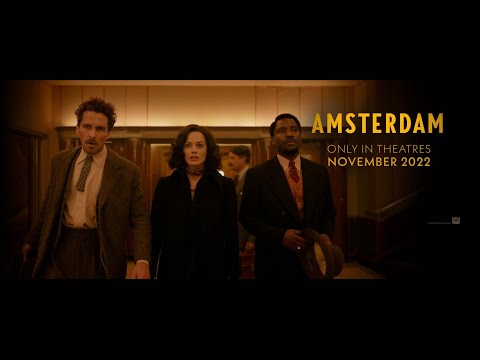 I love Ana and Andres! ;)
While I tease, I was just noticing yesterday that Zoe Saldaña has an ñ in her name that I don’t remember being there previously. Am I wrong about that?

Cast like that could almost make me sit through another David O. Russell movie.

The film looked great and the cast was appealing but unfortunately this one didn’t click for me. He described it as an epic comedic thriller, part Jules and Jim, part Chinatown. I just wasn’t invested in the story or the various romances and it seemed overlong, wordy, and self-indulgent. The Coens would’ve done it better, and kind of already have with O Brother Where Art Thou.

But I felt the same way about American Hustle and a lot of people liked that one!

Loved American Hustle. I take style over substance any day in movies.

And by substance, I just mean an appealing story that can hold my attention.

But by act 3, Amsterdam does reveal that it has a lot of real-world substance or relevance to offer.