I went back to catch up on a few game videos from E3 that I didn’t see the first time around and I really liked this one. I am a sucker for a good zombie game and this looked pretty impressive. Speaking as a guy who doesn’t own a PS4 nor particularly interested in owning one, this is one of a handful that I will probably pine for when it’s released.

I thought this myself, and came to the (completely un-verified) conclusion that in normal gameplay players would run away from such a horde, unless they needed someone specific from one of the buildings, and in this case it was simply the trailer wanting to show off all the traps and mo-capped wall-touching the game has.

According to the Kinda Funny guys there is actually a horde counter in the game and missions frequently require you to actually eliminate the entire horde. Since they hibernate during the day you can go in and prepare an area with traps and bombs and such before leading them through your planned meat grinder. In that case the dramatic helicopter pull out shot the demo ended with was misleading by implying it had all been for nothing.

In case anyone can’t invest 10 seconds to watch the start of the trailer, the release date is Feb 22, 2019.

Also, I did not think that was a very effective trailer. I found the narration difficult to follow since it was used as a voiceover for a bunch of action scenes. Plus they didn’t show any actual gameplay (which I guess isn’t surprising, but still and yet…). At the end of the trailer all I thought was “man, does this guy’s life suck!”

Yeah, that was one of the worst trailer I’ve ever seen cut together. It was hard to hear the narration, the scenes were all splash dashed together with no sense for building excitement or anything.

Days Gone’s box art shows a dreamy model biker posing for a photo, seemingly giving zero fucks that an army of zombies are moments away. 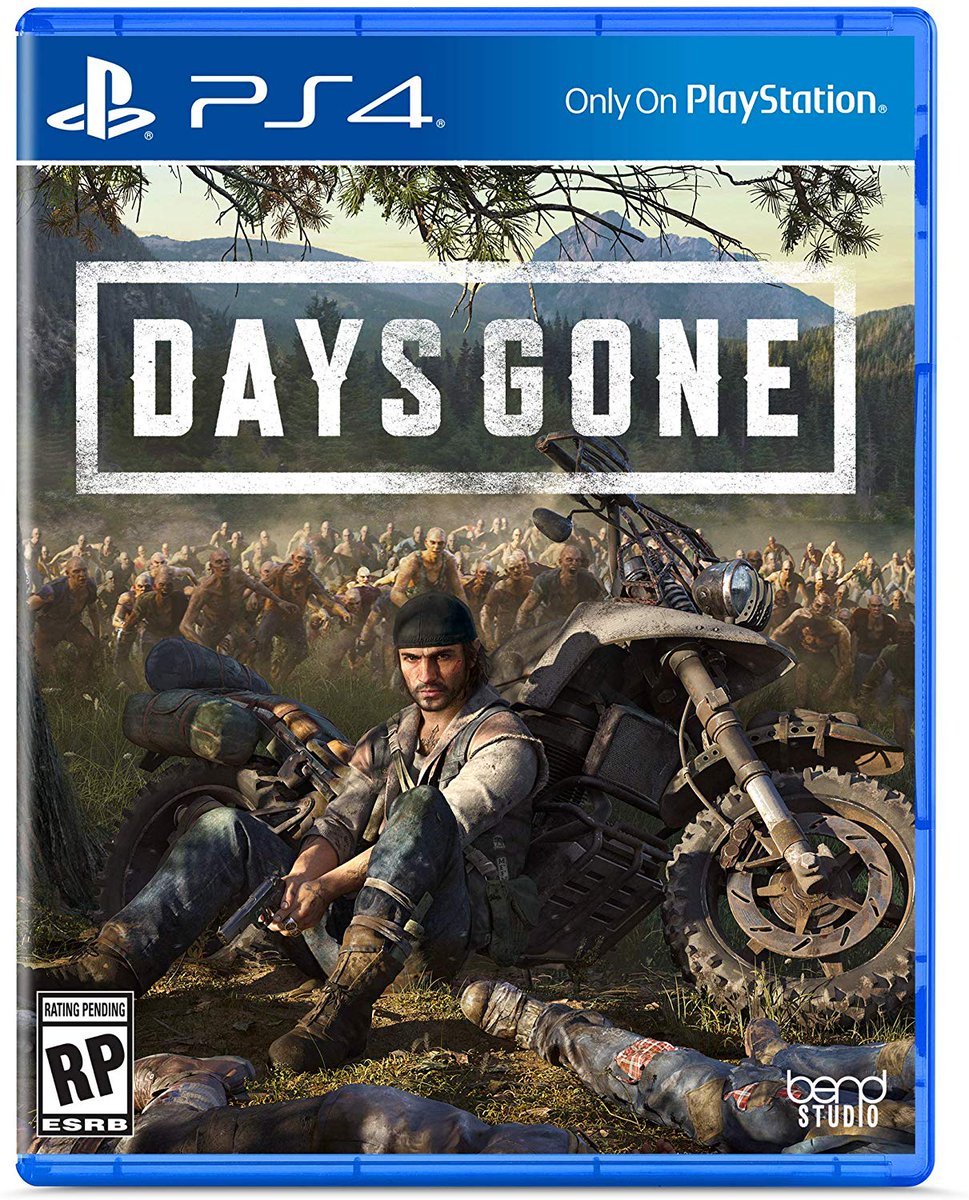 Yeah that cover is both dumb and pretty nice.

I am somewhat looking forward to the game. Obviously I will be getting Metro on its launch day, but Days Gone will follow sometime after.

Like Infested Planet in closeup. No PC version I suppose?

No PC version I suppose?

Haven’t followed this very much, it is looking far more intense than I think I’d like.

I’m surprised there isn’t more activity/hype for this yet, even my boss (who hasn’t gamed since the days of PS2 era Splinter Cell) is looking to pick this one up.

I’ve watched some videos/gameplay and I like what it looks like it’s taking from The Last of Us, which I really enjoyed the combat/crafting on the fly stuff there as well, but I don’t know if I like how much of a bullet sponge enemies are. Lots of moments where the player shoots a guy with a burst from a machine gun and it takes three or even four bursts to drop them. That seems kind of annoying to me.

Anyone else following this? Not that I am, I suppose, myself. I don’t really know what this is. Zombies, right? Post-World setting? I see reviews drop in 72 hours.

I am interested, it seems like the standard sony quality, but at the same time…yeah, it is zombies and open world, which just doesn’t scream “must have day 1”.
Also now with announcement of PS5 and its backwards compat, my enthusiasm to play on Pro has waned a bit, since I assume these games will be better on PS5 (they could patch them to 60fps, for example, which to me makes a game instantly 1000% more pleasant to play).

my enthusiasm to play on Pro has waned a bit

This is a fantastic point - I am super in on PS5 whenever it comes out (late 2020 is the speculation on Giant Bomb I heard) and this is for sure a game I can skip for now, but maybe have something to look forward to on PS5 if none of those launch titles do it for me.

The developer pedigree on this one isn’t exactly sterling. I guess if you loved Syphon Filter, maybe. They also did the Uncharted games on Vita.

I guess if you loved Syphon Filter, maybe.

Who doesn’t love this running animation?

I’m excited for the game. I preordered the digital deluxe version. I’m only bummed they aren’t doing the enamel pins like they did for the same version of Spider-man and God of War.

I may be a bit of a homer, though, as I’m partly just excited about a team from Oregon getting to do a game based in a part of the state I vacationed in all through my childhood. Central Oregon is an amazing a diverse place that poses a lot of cool possibilities for a game.

From what I’ve been hearing among retail insiders, the game is preordering really high, so while it seems a lot of people on “gaming” forums have turned their noses up at the game, it’ll probably sell shockingly well like what happened with Ghost Recon: Wildlands.