They certainly haven’t fixed the DLC areas being several times harder than all the other routes through the game.

So that run I had with the NutCracker finally ended in the Forgotten Sepulcher. I’d never died in there before, as it was a fairly easy level, I thought. Well, when I got to it last night, it was very different. All the enemies in there have been changed. There’s three new types of enemies in there now. And it was much tougher than when I last played through the game.

It’s so weird that this game keeps changing so much. I wonder if I play it a year from now, it’ll be very different again?

Best roguelite coming through! New free biome on the next update!

They certainly haven’t fixed the DLC areas being several times harder than all the other routes through the game.

They are working on it

Well, I’m starting to play Dead Cells again. I mainly played on version 1.0-1.1, with only a few hours with 1.2 version (the one that introduced the Caverns/Giant). I still haven’t played the paid DLC which I bough months ago, and I know there is more content they released over the last year. Hell it seems they reworked lots of mutators and now I have to get the blueprints to unlock them, lol.

Maybe this time I will learn to parry. I only beat BC0 and BC1, using only the jump and roll!

I have updated one of my old mods, All Monsters in All Biomes. It basically makes a clusterfuck (but an entertaining one!) of the game, making all types of enemies appear on all biomes. That means zombies in Castle, Death Mages and Guardians in Prison, Scorpion on Graveyard, etc.

In addition, I created a new one, No Locked Content. It’s a less wild version of the previous one, it ‘unlocks’ all item blueprints for any difficulty (meaning, some rare ones can appear in BC0, not that they will be given automatically!), and also unlocks all enemies in any difficulty. Which means, each biome had a different enemy configuration depending on the BC played, so Prison could have:
-enemy types A, B, C for BC0
-enemy types C, B, D, E for BC1
-enemy types F, G, H for BC3+

Now that biome will present enemies A, B, C, D, E, F, G and H, in any difficulty. So technically it won’t play like BC0, BC1 or BC3, but a mix. This means the game will be harder in BC0, as more ‘advanced’ enemies will appear.

They both require the very last version of the game, that is currently in beta. I didn’t want to update them in a few days when a new version will be out!

In addition, I created a new one, No Locked Content.

Update 1.1
-I give the player an extra double-up (scroll with two stats) in the starting Prison to compensate that higher level enemies appear now in BC0/1*.
-In the spirit of unlocking all content in the game, I also have unlocked the last level, the Observatory, for any BC. This change has been inspired by the mod ‘New level on any difficulty’ by 8Dan8. You have to jump down at the end of the throne room.

Continuing the talk of the game balance and design, Dead Cells is my favorite action roguelite. Incredible action, nice art, great sound design and music, tons of content (counting 19 different normal biomes, 7 bosses in separate levels, 120+ items, 60+ enemies) and actually distinct content at that, with every weapon having its different animations, gimmick, every enemy being different and not being just a different sprite with different stats, etc.

I can only think of two complaints:
-Cursed chests are boring and too harsh. Decrease the reward if you want but dead by 1 hit gets repetitive. Hades and other games showed me how you can have different curses, that affect your damage, abilities, things like your jump, etc in different ways. More curses types would be nice.
-Stat progression is samey. In between the multiplicative damage and the colored mutators scaling for a singles stat too, the scaling system makes people specialize always, in brutality, survival or tactics. If they could make a fourth way with a balanced stat distribution to work, it would allow for more flexible builds, with players mixing and matching mutators more.

I just started playing. Is there a decent guide to really basic stuff? I don’t want to get real spoilers - I just reached the first boss for the first time and happy to figure this stuff out - but things like “is there a particular path i’m supposed to take or does it not matter” or “am I always going to get killed in a relatively small number of hits even after increasing my hp, so I can’t really face-tank anything”. Oh, also, why does the hit-point bar turn orange after I get hit? Is that just telling me how much damage I just took, or is there some way to reverse recent damage or something?

Different paths have different enemies, unlockable items and may lead to different bosses, but the game is (in theory) roughly the same difficulty regardless of the route you take. You will almost always get killed in a small number of hits. The orange part of the bar is recoverable by hitting enemies; works exactly like Bloodborne if you played that.

The orange part of the bar is recoverable by hitting enemies; works exactly like Bloodborne if you played that.

I didn’t unfortunately - do I have to hit the enemy who hurt me, or is it just doing damage to anything? Does it have to be while the bar is still orange?

Well, if it works just like Bloodborne (I played a little bit of Dead Cells but I don’t remember this) then no you don’t have to hit the enemy who hit you but yes you have to do it while the orange bit is still there.

Yeah, I don’t remember this in Dead Cells. I wonder if it was added later. I played the game mostly around when it hit 1.0.

Yeah, I don’t remember this in Dead Cells. I wonder if it was added later. I played the game mostly around when it hit 1.0.

That was always part of the game. They call it rally effect

aha, ok. Coming from Hades, which has fewer mechanics and also has the room with Skelly where it lets you try out each weapon, this has been rather confusing. I didn’t know about dive attacks until I accidentally tried one while flailing in the middle of a fight, and the whole thing where you could mess with the things that grow vines or the teleporters before you actually had the ability to interact with them was super confusing. And I found a well that I could go down and discovered a dead prisoner who had been trying to tunnel out, and the examine text was something like “they were digging with a small object”, and next to it is a spoon, but I’ll be damned if I was able to figure out any way to use the spoon. Maybe you can’t and it’s just a weird red herring, but I found it frustrating.

They have not finished with the game:

There’s still not a huge amount to update you on, but with just over a month to go until Christmas, we’re nearly done preparing a new update full of little stocking fillers to keep you entertained for a bit longer, including:

That should be landing in mid-December and we’ll let you know when it’s arrived, as per usual.

New paid dlc, seems to have the same kind of amount as the previous one, two biomes, some new monsters and weapons, same price.

They are also showing concept art for their new game: 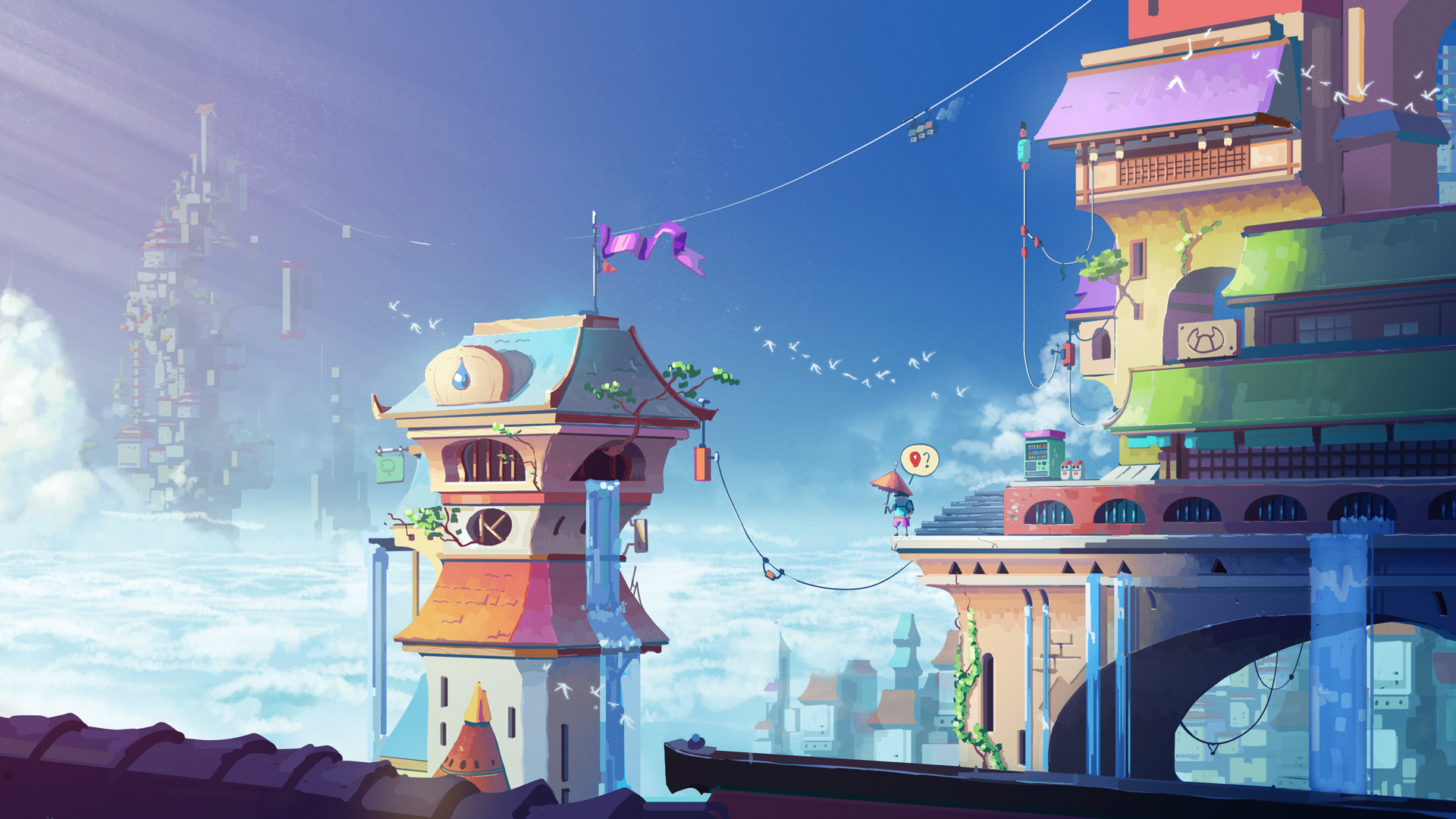 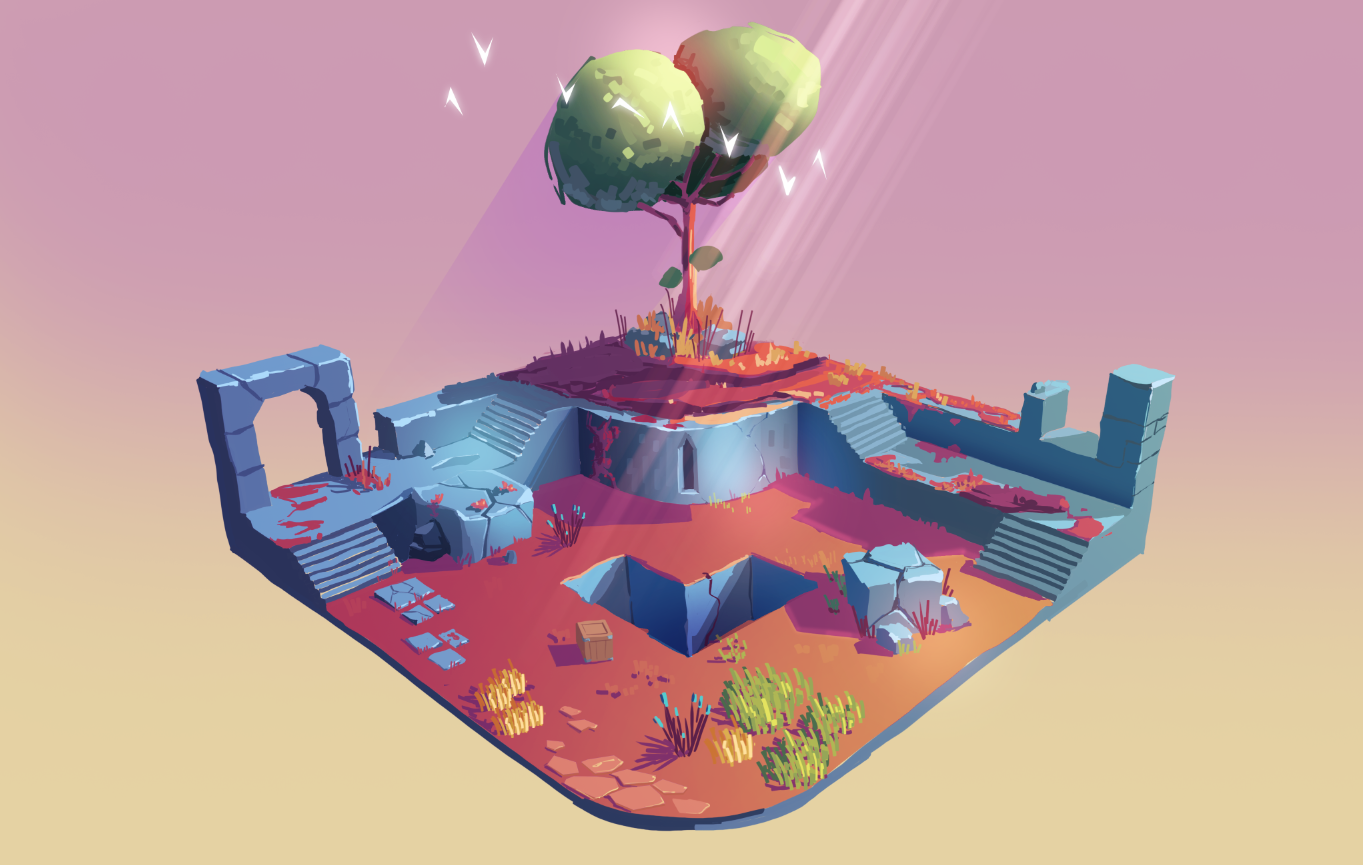 They are also showing concept art for their new game:

You are right. Maybe I shouldn’t post in the middle of the work…

A new weapon (katana, with two attacks, 3 combo slashes or dash+big slash attack), a new enemy (crossbow explosive guy, you can’t parry his attack or it will explode on your face), 4 new mutations, and reworked malaise and backpack.