Something terrible has happened. @tomchick is dead. Someone finally snapped, and killed him. Was it someone who had enough with the one star reviews that totally destroyed the metacritic rating? Was it a developer who lost a bonus due to said metacritic rating? A Tom vs. Bruce kickstarter backer that felt snubbed? Or someone else? Who knows? Well, I do. I am the forensic scientist.

The rest of you are investigators that will try to find out who did it. Well. One of you happens to be the culprit.

This is our first attempt at playing Deception: Murder in Hong Kong as a forum game. Apparently it has been played on the qt3 slack too.

This will probably be a bit slow. I am in Europe, CET+1. For timing, I am planning on revealing a new clue once or twice per day. For timing, I’ll announce when we go into presentation mode – at those times I ask that no one interrupts except the next one in line for their presentations. Well adjust timing as we get into it. 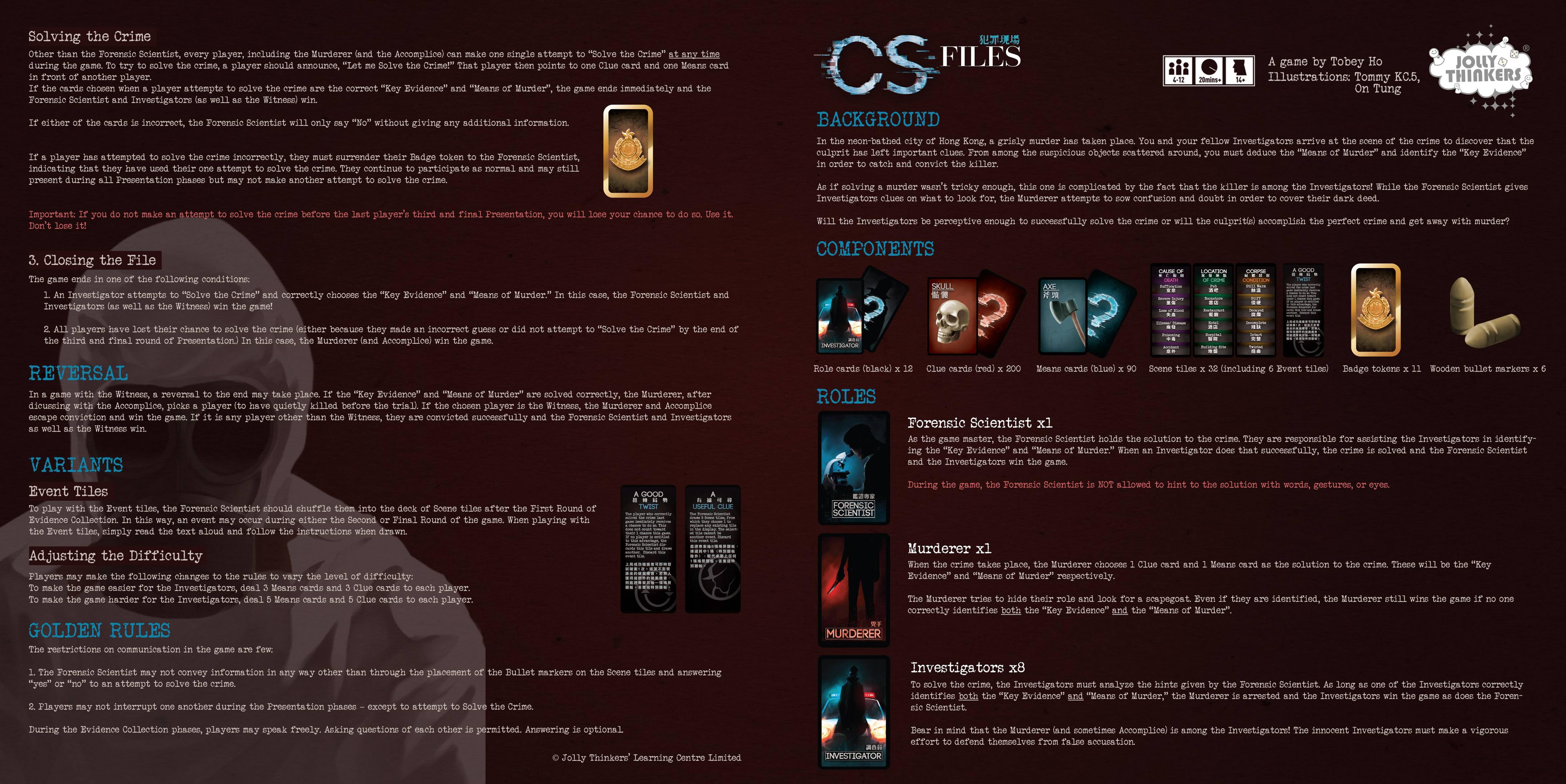 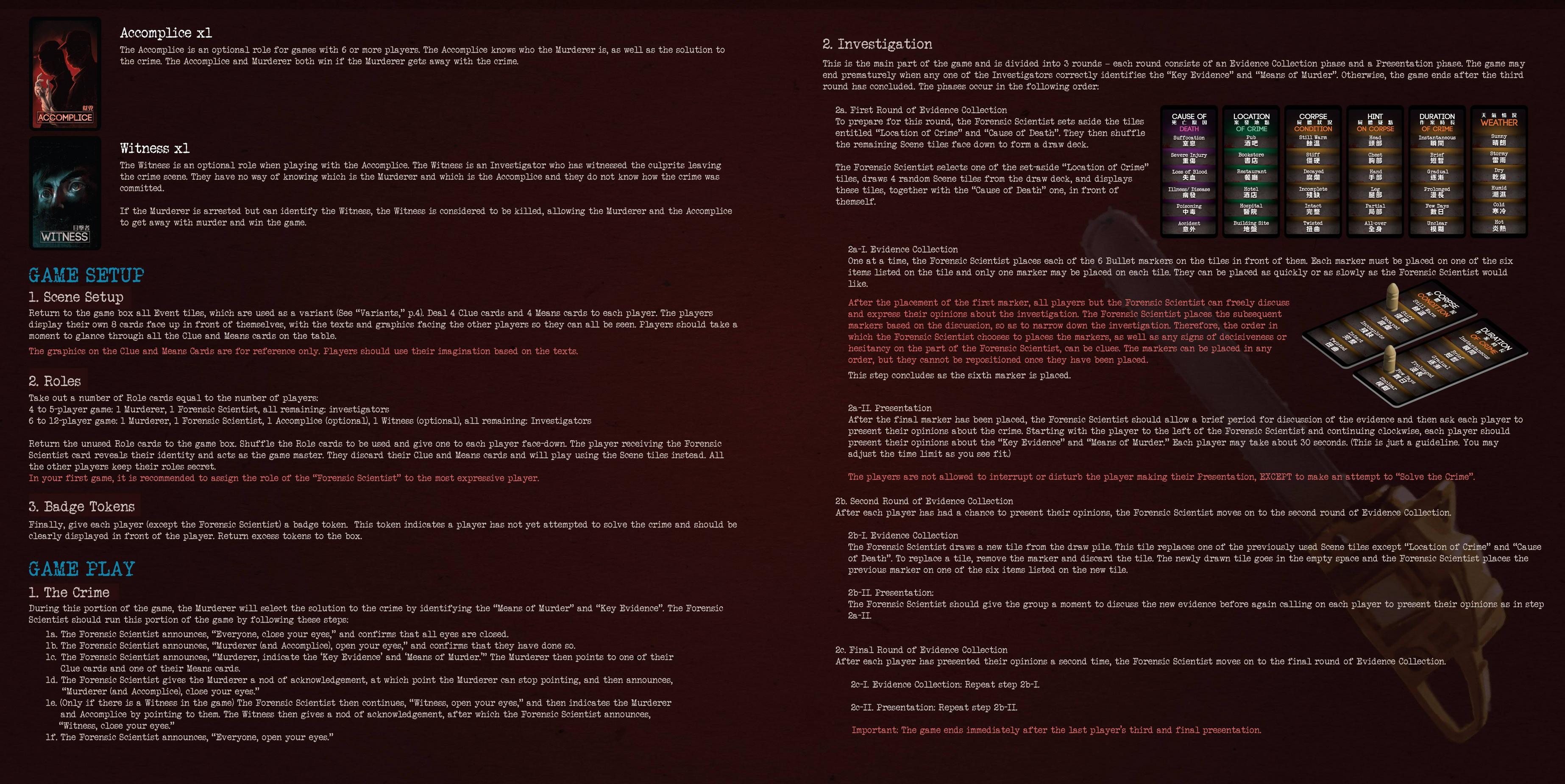 Assets courtesy of the Tabletop Simulator mod by Wanananana 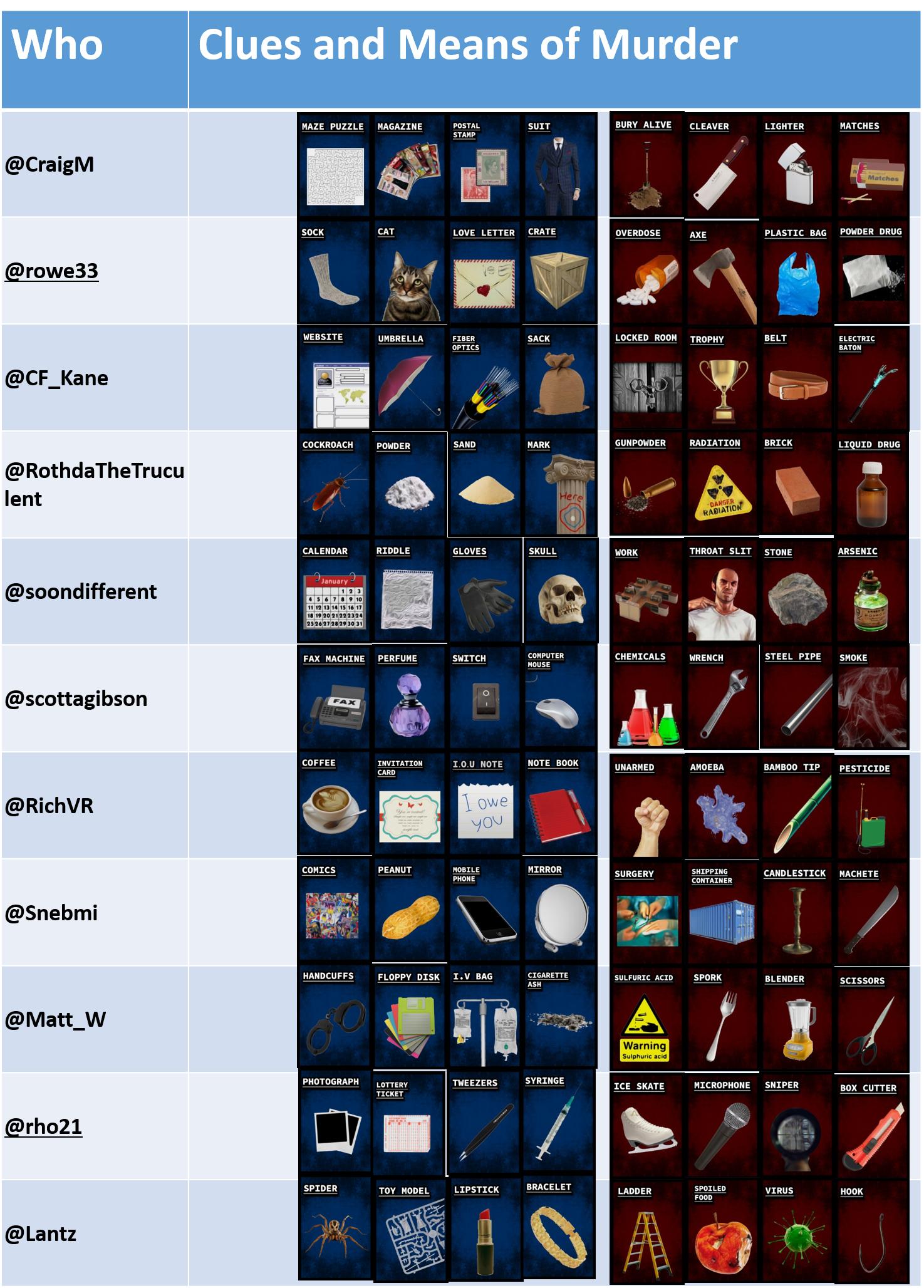 I’ll be watching this with great interest, with an eye to playing in the next one.

That game is great. I have a ton of fun with it every time it hits the table. Looking forward to seeing what happens.

I’ll be watching this with great interest, with an eye to playing in the next one.

Why wait? Maybe you were the culprit. We all know you are still raging after Tom’s review of Deus Ex.

Let me read the rules and get back to you.

I’m down to play.

I would’ve just done it in LA instead of traveling all the way to Hong Kong.

Excellent. Provided @scottagibson and @Snebmi confirm their participation we have critical mass.

Who knew so many were so interested in the demise of @tomchick? He might even want to solve his own murder.

Sign-ups are open until Monday. If we are a big group I might add some of the special roles.

Did Tom know he was going to die? Is this setup just a sneaky way of making sure he can’t join in and play the game?

Excellent. Provided @scottagibson and @Snebmi confirm their participation we have critical mass.

This will be interesting. Four forum games at once for me (BSG, Avalon, Codenames, and now this!). I’ll figure it out! Just as I’ll figure out who murdered Tom (unless it was me).

Is this on some other forum? How is Codenames via forum? Now I sort of want to run/play Decrypto via forum.

Codenames is on Slack, which technically isn’t a forum I guess.

I’d love to play if there is space for me.

Apparently it has been played on the qt3 slack too.

Wait it has? When?

Wait it has? When?

@CaseyRobinson said so in the forum game thread.

I would play if there’s still room.

Game supports up to 14. I think we are in special role territory now.

Yay! We start on Monday, you said?