This caught my eye during the flood of E3 videos, and I watched @BrianRubin play a bit of it a few weeks ago. It is currently in Early Access (Closed Alpha) with a planned 2018 release date. 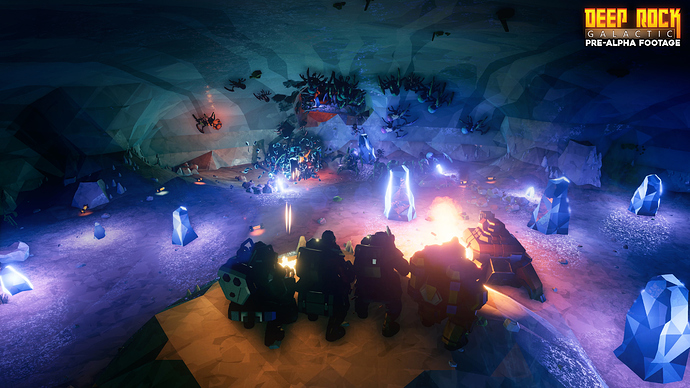 Join a team of badass space dwarves in this stylish 1-4 player co-op FPS. Fight, dig and explore your way through enormous procedurally generated cave systems, uncover the riches, and make it out alive… 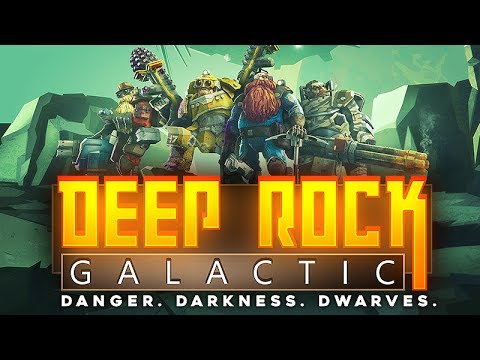 At DEEP ROCK GALACTIC,  we always need new talented dwarven miners to join us on our glorious endeavor!

Deep Rock Galactic. 7,525 likes · 901 talking about this. DEEP ROCK GALACTIC is the most far reaching and tenacious space mining corporation in existence.

Brian’s stream of the game from back in June: 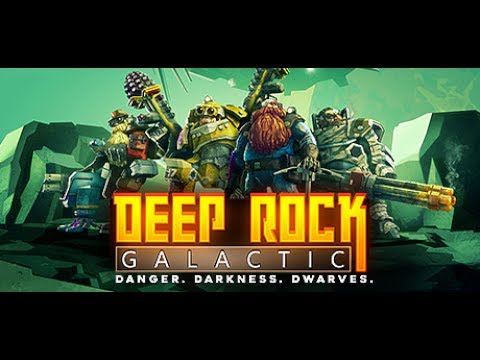 Been meaning to start a thread for weeks, just hadn’t gotten around to it.

The game is currently in alpha. It looks great and the core gameplay is both fun and feels more polished than a lot of released games. The beginnings of the progression system were added in update 4 (update 5 is due out very soon as I write this).

Note keys being given out on Friday. Details below:

Yeah if anyone else has time, enter the giveaway for the 4 pack of keys. Then share the spares with Qt3 members in need. ;)

Deep Rock Galactic. 5,135 likes · 183 talking about this. DEEP ROCK GALACTIC is the most far reaching and tenacious space mining corporation in existence.

Yeah if anyone else has time, enter the giveaway for the 4 pack of keys. Then share the spares with Qt3 members in need. ;)

They are pulling names in a few minutes for the 4 packs.

No dice for me. Pity, I thought mine was pretty good

Thanks to the amazing generosity of someone in this thread, I’ve been playing this a bit. I really enjoy the whole aesthetic. The darkness broken only by a flashlight, the chunky graphics, the destructable environment. The mobs get me every time, but I haven’t played all that much. Pretty well done for an alpha so far.

Currently, playing solo is a real challenge. For instance, if you get nabbed by a leech, it’s game over. They have talked about making some accommodations for solo player, but this is really an MP game in many ways (you really need skills from diff classes to do lots of things efficiently.)

If anyone here has this you should friend me on steam

Does this have voice coms baked in yet?

OK, I got a new round of keys but I’m not sure if they deactivated my old one. I’m going to check when I get home. If not, then I got a few more to give out.

I need some folks willing to play in a video with me?

Sadly won’t have time until the weekend. :(

@Jason_McMaster , if you need a game to stream on Monday, I’d be up for some MP of this.

At DEEP ROCK GALACTIC,  we always need new talented dwarven miners to join us on our glorious endeavor!

Did anyone make it into the alpha? I did. I have a question to anyone else who has:
What does leveling do? Also what is your favorite class so far?
I have only played the engineer, because this is generally the class I go when available. I kind of like it, however, I did try another class, the Driller and the game play was almost the same.

I am in, just need to find time to play. I noticed textures were updated, everything is looking much better.