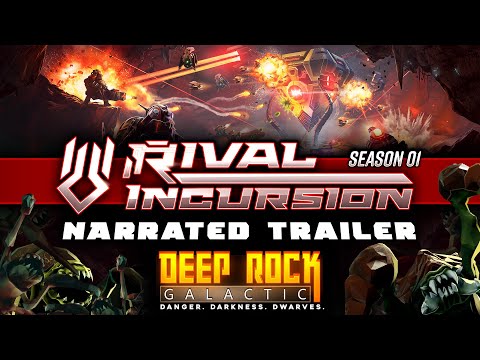 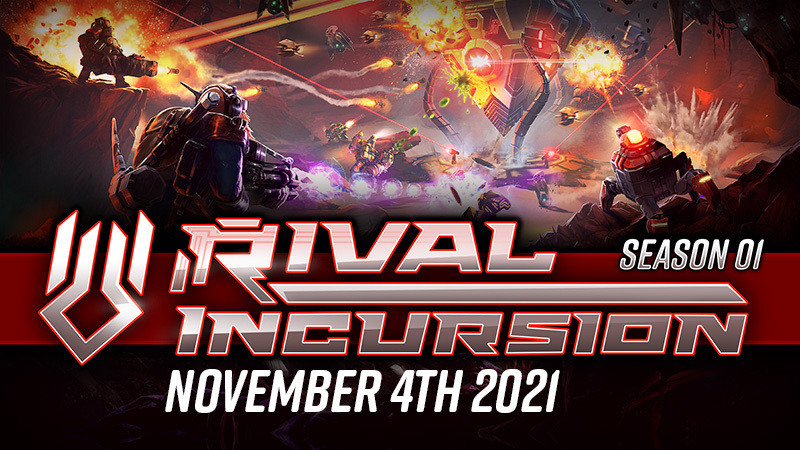 These dev’s are on the freaking ball.

Well I’m glad all that stuff is accessible after the ‘season’ ends because I hate everything being locked out for folk who can’t get together so frequently!

That looks great ! Rock and stone!

These dev’s are on the freaking ball.

Fuck yeah they are, just keep nailing it.

Talk about post support content. Or I guess this is what now referred to as games as a service.

I will be glad to be able to get new stuff, I got all the loot offered in game so far. I haven’t played as much as the grind for just a higher miner level is meh. But new hats and weapons, yes please.

Also there is a Halloweenween Event going on! 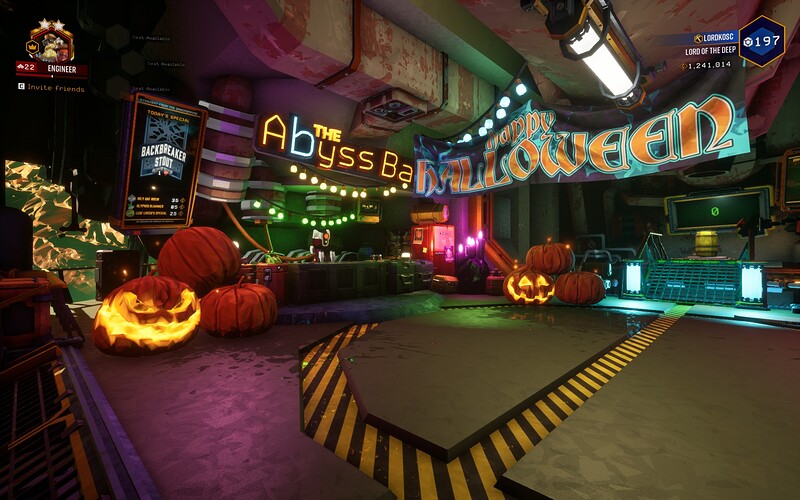 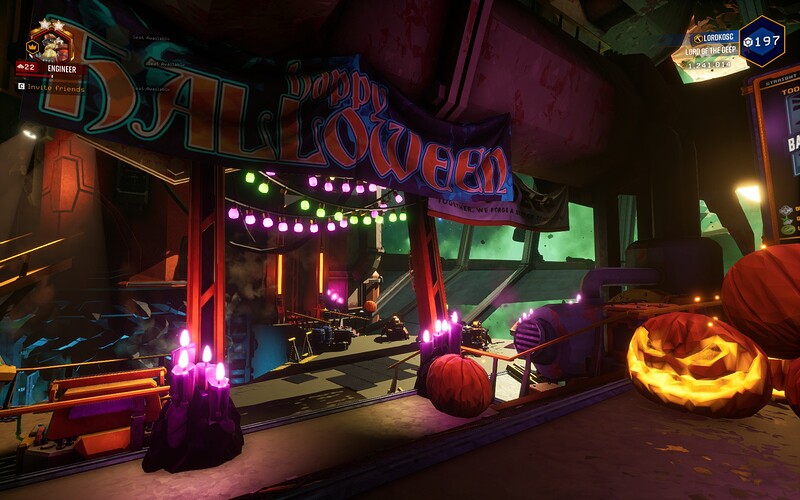 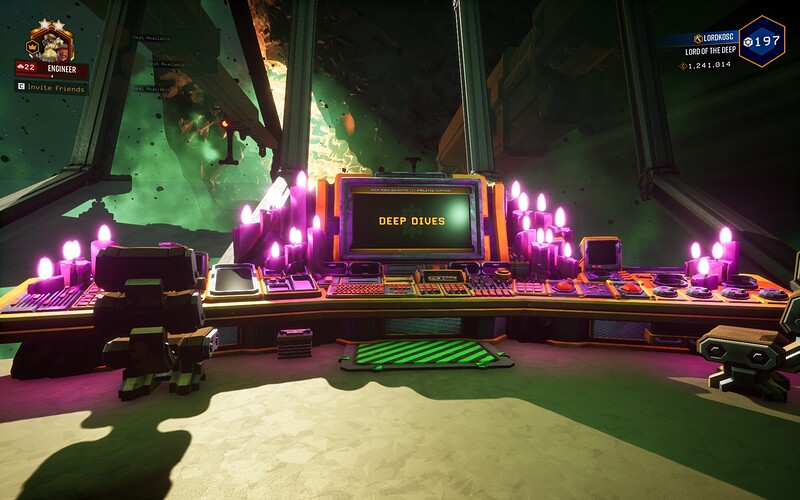 I believe the candles are a new addition this year. 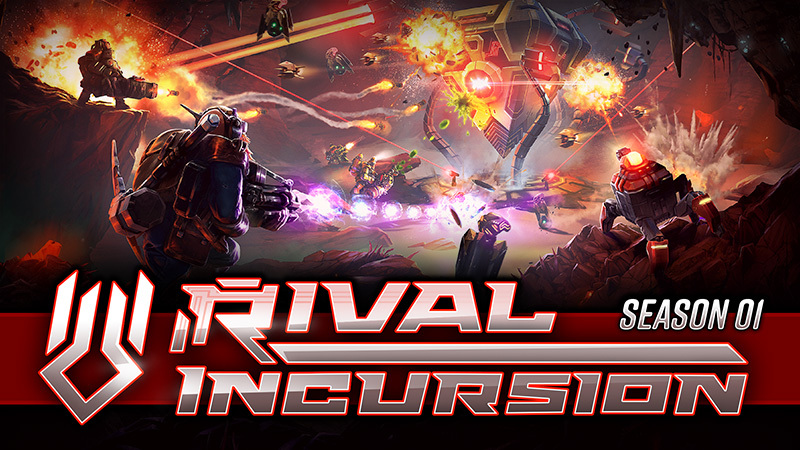 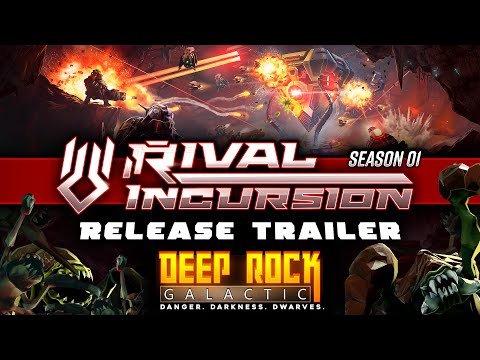 I was trying to get my gaming buddies to try Back 4 Blood but looks like that will be delayed. This really is the best co-op game.

We could use a fourth. Starting shortly. 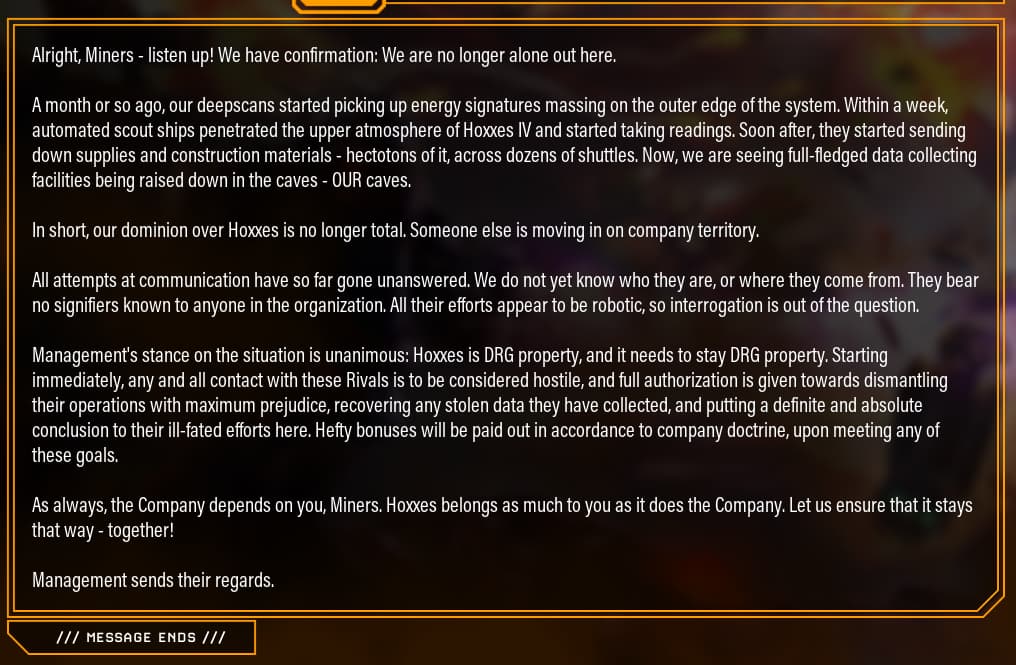 Unlocked all 4 new weapons, they are glorious.

But which is best?

I dropped back in but man my skills are wack now. I am falling and dying a lot again. Unlocked the new mode and one of the guns but haven’t used any of them yet.

The only new content I encountered was an event with a prospector…it’s this ship that flies around and you get attacked by AI drones or something.

Microsoft Store/Game Pass version is still awaiting the new content but I’m so late to the DRG party that we’ve got so much left to unlock and see before going near it. Will we be able to jump straight into the seasonal stuff without doing the rest?

This really is the best co-op game.

Yeah, it’s hands down the best PvE FPS co-op game I’ve played since L4D (and ‘shooter’ undersells it). Blows my mind that my usual Risk of Rain/L4D/Vermintide/Payday co-op buddies on PC weren’t interested after a free weekend last year. Thank Ghost Ship for crossplay then, because my console friends and I have been loving it.

One of the things I like the most is that they actually designed it for public coop. Which at the end of the day is important because half the audience will play it like that. Other coop games (I’m remembering Evolve for example) fail because they seemed they were designed while the devs played on their own, as a team.
With this, I don’t mean simple (but needed) things like being able to ping locations or enemies, but the whole atmosphere is geared toward friendly cooperation, and the punishment for player errors won’t affect the outcome of the game disproportionately.

They also have the most content in a coop game like this, unlike other games where they want you to grind the same levels over and over to push some progress bar or get a weapon that is the same but with higher stats. They have… more than 30 enemies at this point? 10 biomes, 8 mission types, several mutators and random events, optional bosses, etc

I love co-op games when they’re heavily co-operative and team focused (Overcooked, for example), where you have to communicate and co-operate tightly to succeed. I know that can limit or narrow the scope for public co-op though. I also think there’s a huge difference with PvE public co-op and PvP public co-op. With a PvE co-op experience you can often dial down the difficulty so it’s a lot more forgiving and accessible (so player errors don’t quite carry so much weight). With PvP co-op games, like Evolve, you can’t really ‘adjust’ the difficulty because the difficulty is other people. Any errors will be mercilessly exploited. PvP public co-op, I think, is just generally less friendly by its nature and potentially more salty/toxic/rage-inducing because of the competitive element. (I always think back to Natural Selection 2 and the vanilla game vs the popular and less sweaty Combat mod.) The closest something like DRG comes to competitive is the L4D-like post-game stats but that’s the friendliest kind of competition.

(On a related side note: I picked up GTFO last week knowing it’s leaving Early Access soon, but I only did that after 3 other friends expressed interest in playing because I know there’s (currently) no difficulty options or scaling of any kind. It’s a very rigid, brutal PvE design so… uh, we’ll see how that pans out.)

I’ve not tried DRG public co-op but I can’t imagine enjoying it nearly as much with randoms. I bet the atmosphere can come through a lot more though without all the friend chatter.

unlike other games where they want you to grind the same levels over and over to push some progress bar or get a weapon that is the same but with higher stats.

I also think DRG’s gameplay loop feeds into the progress system so elegantly. You do dives (that’s your job), mine for resources and grab what you can while doing the job, get out, get paid, get new assignments and use the resources to get better gear for bigger and tougher dives. It all works together so well, mechanically and thematically (as opposed to Back 4 Blood’s copper and ‘vending machine’ safe rooms crates), and a lot of the upgrades so far seem like they have trade-offs so it’s not a straight forward power curve either. The proc. gen. cave systems are just chef’s kiss and I love the variety in mission types too. Not seen any of the mutators yet, or all the biomes and bosses. It’s very exciting.

I think they tweaked where the extraction pod lands, I’ve noticed escapes have been more challenging.

Will we be able to jump straight into the seasonal stuff without doing the rest?

You will have to do a 3 part mission that you accept from the mission board, to unlock the drone enemy stuff.

DRG has been slowly working its way into and now in the middle of my top 5 played games (by playtime) on Steam.

I liked when I was wicked good at the game and could carry a lesser team to victory. There is something immensely satisfying about it. This happened before with L4D on Expert. I was a crazy untouchable auto-turret zombie destroyer at one point.

Now I feel like I am a complete dolt and need help. I think I should stay the hell away from the Driller role until I get better again (which takes practice). The Driller is easily the most easily noticeable botched team role when performed badly. I went in yesterday after a long hiatus as a Driller and completely embarrassed myself. Was immediately kicked after the mission.

Driller with the new sludge gun is a wrecking ball, just watch out for team AOE damage. :D

I’d agree, if it wasnt for the sheer amount of scouts pubbing, who apparently don’t know the flare gun exists.