Who the hell is Greg?

There is a playable demo? :o

Trademark lawsuits are a great way to get press and spread even more knowledge about the game!

I wasn’t going to be so bold as to outright suggest that, but the inference was there!

I was thinking of just accusing that guy of something on Twitter, actually.

A large-scale high-fidelity space game with some kind of rivalry?

I wasn’t going to be so bold as to outright suggest that, but the inference was there!

Oh, I totally see it now!

A large-scale high-fidelity space game with some kind of rivalry?

Speaking of competition, I hope DERPSPACE has walking. I hear it’s all the new rage.

I feel like parts of Greg’s DerpSpace could be incorporated into @Gordon_Cameron 's DERPSPACE , like a mini-game within the game. Where you could have space walking to do external ship repairs.

Not to worry, acquisition negotiations are already underway.

Do you think a six pack of Dos Equis will do it?

Gordon should force Greg to call his DerpSpace something like DerpSpace: Call to Power. 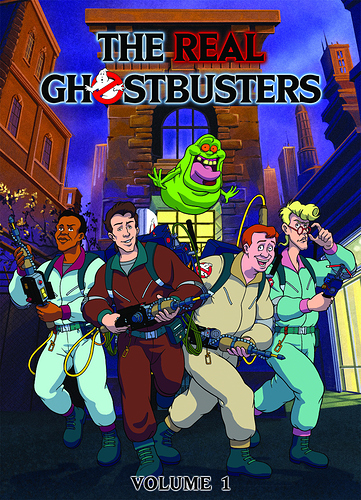 The best Ghostbusters cartoon, with Garfield playing Venkman in the first two seasons.

On that itch.io site, the Donate button I think accepts uploads of jpegs. Or maybe that was on photobucket, I forget now.

Lorenzo Music: The Voice of the '80s.

Lorenzo Music: The Voice of the '80s.

This week I’ve been fiddling with the final touches of an idea for a space hauler I’ve been bouncing around for a few years:

The flat nose is a remnant of its original inception, where instead of a straight up freight hauler the ship would also serve as sort of an un-manned Ice Breaker in space (it would have to be unmanned because any crew of a ship like this would no doubt die on impact), intended to be used to punch holes through spacey areas like dense asteroid fields, planetary rings, small moons, comets, Oort fields, etc. Unfortunately, all computerized physics simulations that’s I’ve run have shown that this combination of Puncher and Hauler might often result in a perfectly fine ship, but 100% of the time will also result in hundreds of holds worth of obliterated cargo, measuring in the millions of tonnes.

Sadly, I think my dream of such a ship will forever be left to the realm of fictional space games, as long as some game/simulation developer might one day be willing to fudge the numbers just enough in their physics engine so that ships like mine might stand a chance.

It’s still a noble, proud, and mighty ship none the less.

Will this game require more than 640K of money