We’ve added some things to the roadmap that might push development time out a bit. The main thing is that DERPSPACE™ is set in a technologically advanced future whose denizens would probably have the capability of simulating the reality of previous centuries. So, in DERPSPACE™ players will be able to enter a completely accurate simulation of 21st century Earth and, inside that simulation, play DERPSPACE™.

We anticipate this feature will require a couple extra months of development time. Do you know anyone who can make a photorealistic 3D model of the Earth and all its locations using ASCII graphics? Preferably someone who will accept payment in the form of access to my Steam backlog.

I’m glad to see that when Star Citizen removed their roadmaps due not wanting to be tied to any inconvenient “promises”, Derpspace is not following suit and is giving a long-term roadmap to us faithful players. Well, obviously none of us are players yet, but we’ll definitely be once the alpha ships!

That right, there was supposed to be a Moonfall and DERPSPACE crossover event! I wonder if it will still happen?

Can I buy an ASCII representation of Halle Berry? Donald Sutherland also fine.

Access to the Infinite Regress DLC will require an additional fee. (Workaround tip: play the game between two mirrors.)

We’ve added some things to the roadmap that might push development time out a bit.

Thanks for the update. I’m sure we all would rather you make DERPSPACE as perfect as possible, no matter how long it takes (as long as, in the meantime, we can continue to purchase ASCII ships that may or may not ever appear in the game). Masterpieces cannot be rushed.

Would it then be in IICSA graphics? 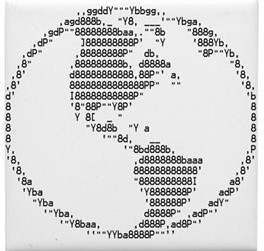 NFTs can’t capture the awesomeness of DERPSPACE. For that, you need something else - namely, NDTs, for “NON-DERPABLE-TOKENS”.

They would originally be called “SUPER-TRADEABLE-DERPTOKENS”, but the name was changed since the abbreviation could confuse some people.

I guess I’ll need to explain how the DerpChain works later. Oh boy, you’ll love this! We’ll finally have some use for all the nuclear armament we have in storage.

Even with all the terrible things going on in Washington and the Ukraine, the lack of any update here since February is truly the most dispiriting thing.

@rhamorim I am still waiting for a proper DerpChain explanation. 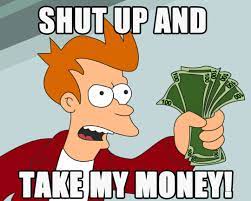 Even with all the terrible things going on in Washington and the Ukraine, the lack of any update here since February is truly the most dispiriting thing.

I was sure we would get gameplay footage at the E3 presentation.

I was sure we would get gameplay footage at the E3 presentation.

I know, right? For a second or two I started wondering if this might be, uh, vaperware. But then I came back to my senses.

The 5th anniversary of the announcement of DERPSPACE is approaching, will there be a celebration?

One month to go! Does anyone know if there will be a web conference or live in person event?

There’s a rumor that he’s working on ‘Derpspace Squadrons’, which started out as an engine demo.