Honestly, this was on my wishlist and it’s the only game that I have a current desire to pick up, but it’s not on sale (I did try to order from CDKeys but I haven’t gotten my code yet, so fingers crossed that’s okay, I’ve only used them once before and I had to request a refund - but I got it - so I am only taking a chance due to a $19 discount). But more than anything, the Overwhelmingly Positive with thousands of reviews on Steam is what really put me over the top. I can’t wait to dig in, now that I beat Last of Us 2 I will probably start it tonight.

Calling it the best strategy game of the year makes me laugh.

In what way? Do you think it’s not a good strategy game, or there isn’t a lot of competition?

And assorted expansions for existing strategy titles, plus indie stuff like Monster Train.

Because it’s not strategy in any sense I think of it, it’s stealthy unless it’s very much not like Shadow Tactics, which was also not in my view a strategy game.

Realize opinions may differ on it but when I end up replaying sections over and over due to stealth that’s not strategy to me, I’d call it rogue like tactics I guess.

Edit: and yeah, you listed a bunch more tactics games

Oh, I see, it’s a matter of definition, perhaps? Maybe they should say it’s the tactical game of the year, but that makes people think of military shooters, I assume.

Hey, it’s no big deal, it just struck me as funny the vid is stuck on the screenshot of it declaring strategy game of the year. It really did make me laugh.

I just played the first (tutorial) mission and wowza, does this gameplay go down smooth as a sarsaparilla on a might hot day. The opening scene is a great way to show off how the game controls and works and I just got to the start of the first proper mission when my daughter demanded I order and pick up some food, which sounded good as I just mowed the lawn. So I’ll get back to it tonight, but it leaves a right positive first impression. 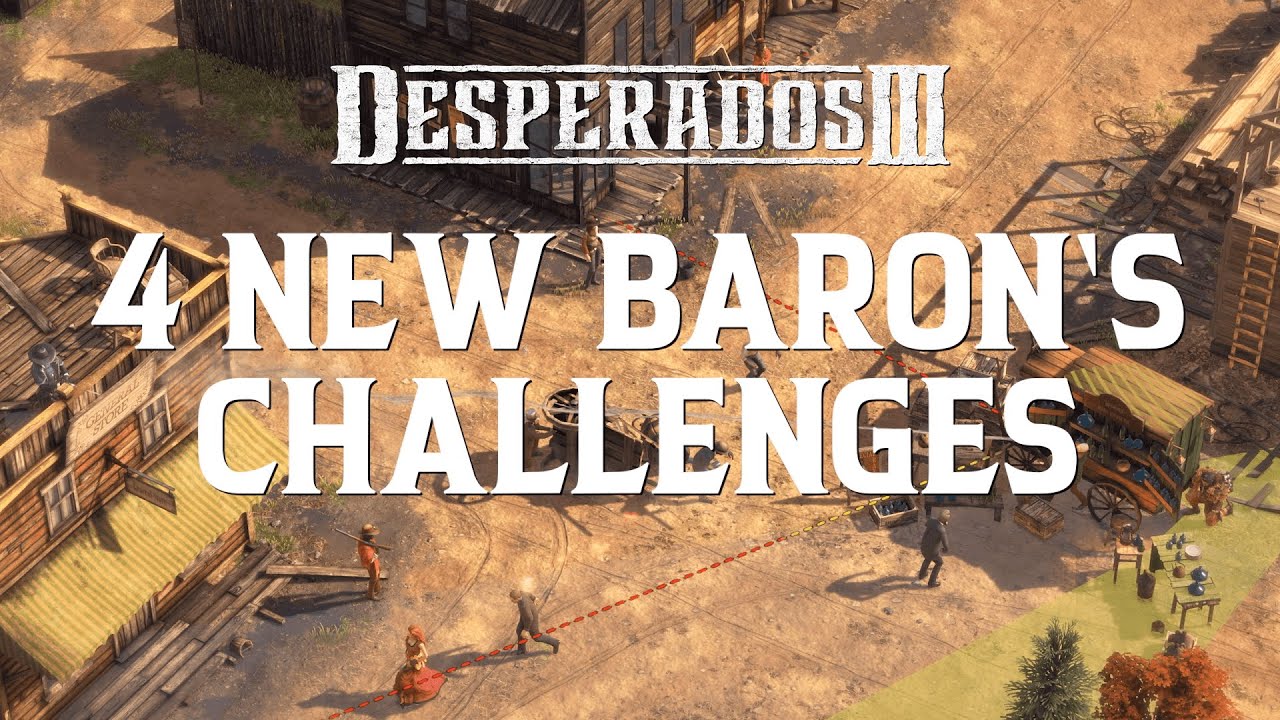 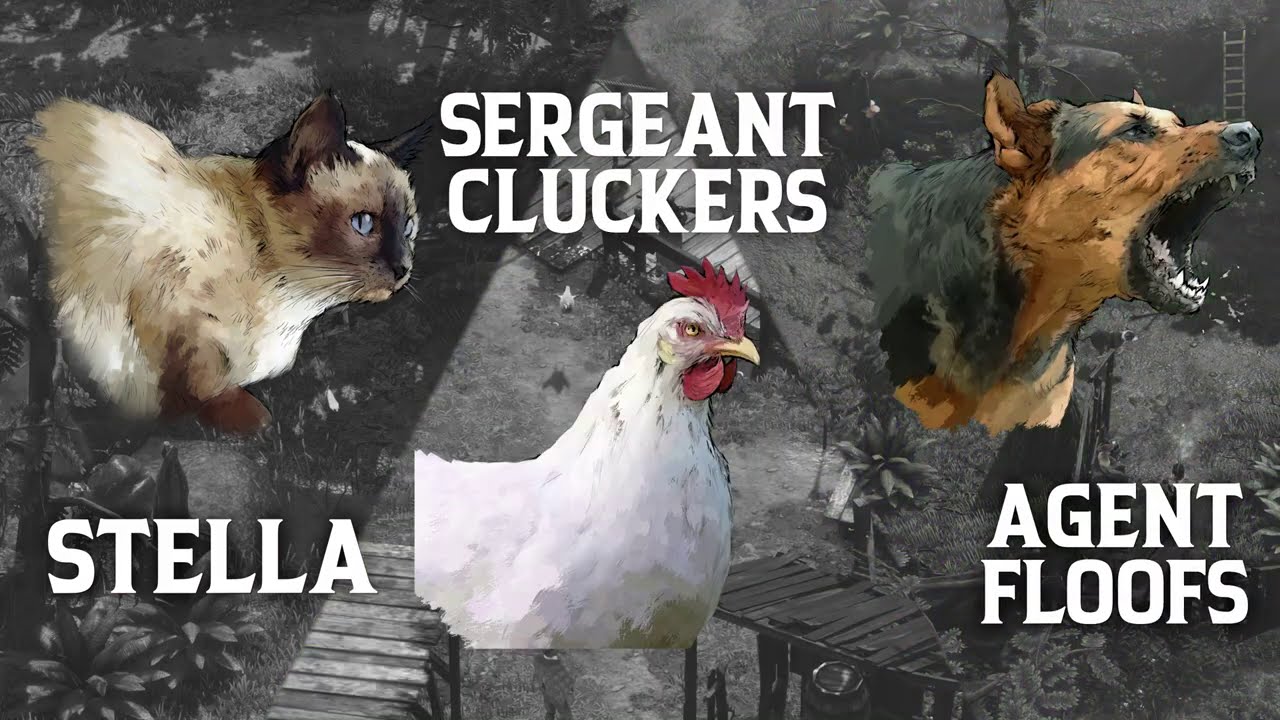 Mimimi’s next project is another real-time tactics game - but it’ll be self-published. 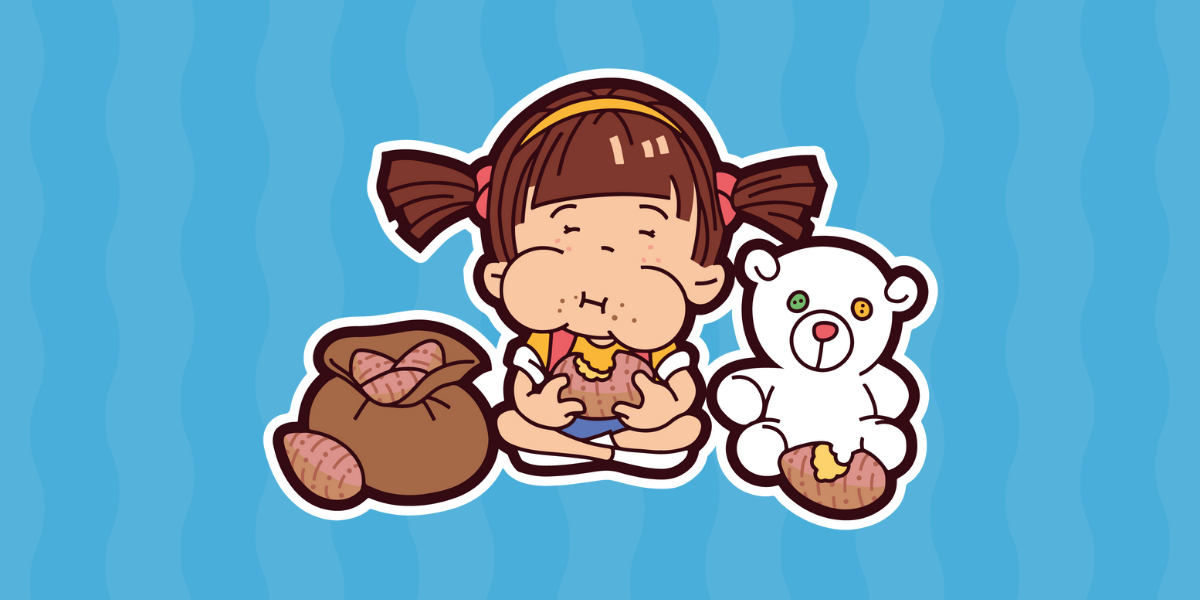 The Future of Mimimi Games

Our next and self-published project Codename Süßkartoffel is going to be our third real-time tactics game and co-funded by the German government!

I’m playing this now thanks to the Xbox Games Pass and enjoying it, it really recaptures the Commandos magic.

I think the Wild West theme is oddly placed here. For instance, when sniping a guard I got much more satisfaction in Commandos when selecting my actual sniper character and offing a Nazi. Here you select your random dude who happens to have a long sniper pistol (and a bag with a gas-trap etc., no cohesion) and offing a generic ‘outlaw’ or whatever. It’s like the game’s development was led by two people, one of which wanted to make a Commandos clone and the other really wanted to make a western, and this is how they compromised. Maybe I am being unfair, but playing this does make me yearn for an actual Commandos successor (or remake).

I think they just wanted to do something a bit different with the Sniper since they had one in Shadow Tactics as well. I think the game has plenty of cohesion and really gets the theme.

Also, I think Doc goes back to the original Desperados with the sniper pistol.

I grant you that the frontier doc whose also a sniper might be a stretch, but how far have you gotten? The rest of the characters felt pretty thematic to me, and there are some really cool ones down the line.

For some reason I completely forgot this game existed, but I have played it and loved it. I am also completely surprised that Desperados 3 is by the same developer! It shows how blind I have come into this.

but how far have you gotten?

Alas, I am only a few missions into the game. Will be very happy to change my opinion as I go through, It was just an initial first impression that I would rather be playing a new Commandos game than this wild west adventure. Which is strange, as world war 2 is vastly overrepresented and westerns underrepresented in game settings. Perhaps the fact I just spent 70+ hours in Red Dead 2 (which was wonderful) has led to subconscious theme fatigue.

Alas, I am only a few missions into the game.

You’ll be glad to know the missions get better, too. You’re in for a treat!

So for those who have played both, would you recommend this or Shadow Tactics?

They are both good. I think Desperados is overall the better more refined game but also setting may impact your decision. If you have a strong love of ninjas, play Shadow Tactics, if you love the old west Desperados. If the setting doesn’t hold much sway either way then probably Desperados.

I finally got around to firing this up again, and boy howdy did I get sucked in. Sunk over 20 hours into it over the weekend. I really love the level design, with what will initially seem like an insurmountable mass of patrols breaking down upon closer examination into a series of discrete encounters to be puzzled out and solved. Despite the levels usually taking me 2+ hours to complete, it manages to trigger that “just one more group!” response.

It’s also really letting me indulge my typical stealth game approach of slowly and methodically taking out every single enemy on a map. Ain’t nothing but tumbleweeds left moving by the time I’m done.