Destiny 2 - I don't have time to explain Bungie's MMO shooter 2.0

Thanks for the help! That does makes things a bit clearer…

I was just in the game and realized I need to hand in the “achievements / quest / trophy” type things in a menu and through that level up. Seems I’d unlocked up to Rank 6 already!

I have just started playing this with my son, my first ever Xbox FPS using a controller, it is not too bad, we are playing it coop and it seems to be working pretty well. Just finished the first story strike mission and we had a player added and a good job too it was heavy going killing the boss, took a fair while and a few deaths by all of us.

It is confusing at times but we are enjoying it and the fact the whole thing is free on Game Pass is cool.

Only real issue is I am crap at no mouse and keyboard :)

One thing that may help is turning the sensitivity down, while you get used to the fairly fine motor controls used for controlling things with your thumb. Eventually you’ll probably want to nudge them back up.

Curious why you are starting at level 1, when my Stadia play last year started me and my weapons at level 750. Totally ignorant question, sorry!

Curious why you are starting at level 1, when my Stadia play last year started me and my weapons at level 750. Totally ignorant question, sorry!

I seem to have confused Level with Rank. We start at 1100 power level and rank 1 in a new game. Does that help?

That clears things up, at least for me - I had the same question.

So, Rank is basically meaningless for you right now. Every time you get a Rank, you get a little bonus gift. That’s it. If you bought the Season Pass, you get another bonus each Rank (and these are retroactively unlocked if you buy the pass later). Rank resets at the end of each season.

Power is what you want to focus on. It’s an average of all the items, both weapons and armor, that you have equipped. The game will progressively give you more powerful gear to up this level as random drops through various activities, up to level 1250, then the going gets slower. One thing about this progression is that when you get new/higher drops, their level is based on everything you own (whether or not it is equipped, or is even in your storage). I *think * they said going forward that Power won’t reset with expansion packs- the current limit is 1300 or something. What I thought I heard is that they’ll just be adding 10 to that number each season, or something.

I’m curious what the story for newbies is now- I know the original Red War storyline has been removed.

Ok, I’m getting the hang of the gameplay and have unlocked the subclasses. After running around and doing various local events and such, we ran into paywalls on 2 questlines. Those are Shadowkeep & Beyond Light (& Forsaken?) campaigns which we need to buy. Is there an actual campaign thats included in the base free to play version of the game? (googling is very confusing as the game appears to have changed quite a bit each year).

Right now I’m assuming the free content is literally just the bounties and short instances but not much beyond that?

Which of the campaigns is worth buying into for beginners?

Yeah, much of the original campaign has been removed to reduce the game’s install footprint. The term you might see is “Vaulted”. The idea behind it being, since they’re not working on a Destiny 3, they are instead trying to regularly update this game, and getting it to work with all of the original material is time and resource intensive, not to mention, most players who aren’t new to the game have long since moved past it and are unlikely to spend much time returning to it, much of the original campaign has been removed until such a time as they can make it relevant again and make sure it doesn’t break any of the updates. So yeah, there isn’t much left there beyond core playlist activities like strikes and crucible and such.

As for the expansions, in terms of story, the three that are still available are all actually quite good. If you’re interested in getting them, I’d do it in order of release, so Forsaken, then Shadowkeep and finally Beyond Light. Forsaken opens up the Last Wish raid, which is excellent if you’re interested in such things, as well as a couple new locations and I’m a big fan of the art design for both. It also should still have an actual decently-sized story campaign to play, with actual story beats and everything. Shadowkeep is a little smaller in scope and story, and Beyond Light is somewhere between the two. While Beyond Light introduces a fourth element, stasis, allowing you to have another set of class abilities to mess around with, some of the story doesn’t make much sense without having first done Forsaken. Each expansion also comes with its own raid, which while difficult, is end-game content that can be quite rewarding in terms of gear and fun, but I would definitely rate the raid in Beyond Light as the easiest to get into of the three.

Thanks for the input!

Overall we’re a bit hesitant to continue with the game as the basic gameplay is fun, but the sheer amount of “stuff” (grind, bounties, instances, “buy this buy that”, season this, season that, vaults, trophies…etc) is REALLY offputting and just seems like too much work.

(We’re considering just going back to replaying the Wildlands campaign for a simpler / “funner” experience. Otherwise Borderlands still seems to be an option, as we haven’t tackled that yet. However these considerations aren’t relevant to the destiny thread of course, so I’ll leave it at that.)

I would consider the Borderlands games to be among the best co-op shooters ever made. You really can’t go wrong with those.

I would consider the Borderlands games to be among the best co-op shooters ever made. You really can’t go wrong with those.

Agreed. Haven’t played the third, but the first two were also some of the funniest games I’ve ever played.

Overall we’re a bit hesitant to continue with the game as the basic gameplay is fun, but the sheer amount of “stuff” (grind, bounties, instances, “buy this buy that”, season this, season that, vaults, trophies…etc) is REALLY offputting and just seems like too much work.

Well, keep in mind that on Game Pass, you get everything, except the current season pass. But as someone who recently got back into it (who put a lot of time I to it pre-Shadowkeep) I agree that all the various ‘stuff’ to do can be confusing.

Also, I’d disagree with doing any of the Forsaken-Era stuff. Sure, there’s some story setup there, and some really gorgeous levels, but literally all the loot you get will be capped at a super low power level. I ran into that problem when I restarted-all my good masterwork gear was capped. Usable for a while, but if I wanted to advance, I had to ditch it.

They actually made it so some of that old stuff is no longer dropping at 1100 light level, and instead drops at your current level.

Well, keep in mind that on Game Pass, you get everything, except the current season pass.

Even though I DO still currently have the Game Pass, its only on the PC and about to expire (& I don’t own an xbox). So that doesn’t help. Interesting observation about the weapon levels, hadn’t considered that yet.

Really? When did that happen? Because when i was playing a week or so ago, you couldn’t upgrade them at all, really. So it’s just for new drops?

I mean, I get why they’re doing this. It’s like WOTC with Magic: The Gathering releases. They want you getting new stuff instead of just relying on the same things you’ve been doing forever, and they don’t want to have to balance the older things against the newer. But none of the new gear I’ve picked up feels as good as my old stuff.

I own Destiny 2 + Forsaken + Shadowkeep but have never started the game.

Do I need to buy “Season of the Chosen” or “Beyond Light Deluxe Edition” for leveling content or is that all endgame shit?

I own Destiny 2 + Forsaken + Shadowkeep but have never started the game.

Do I need to buy “Season of the Chosen” or “Beyond Light Deluxe Edition” for leveling content or is that all endgame shit?

Season of the Chosen is over - it’s endgame-ish stuff. Don’t buy unless you will play a LOT. Beyond Light is another, mostly high level expansion, and it’s good, but I think you’ll get most of the good stuff w/o purchasing deluxe. It’s definitely later content, so you can make up your mind down the road. d2 + Forsaken + Shadowkeep is hundreds of hours of content already. 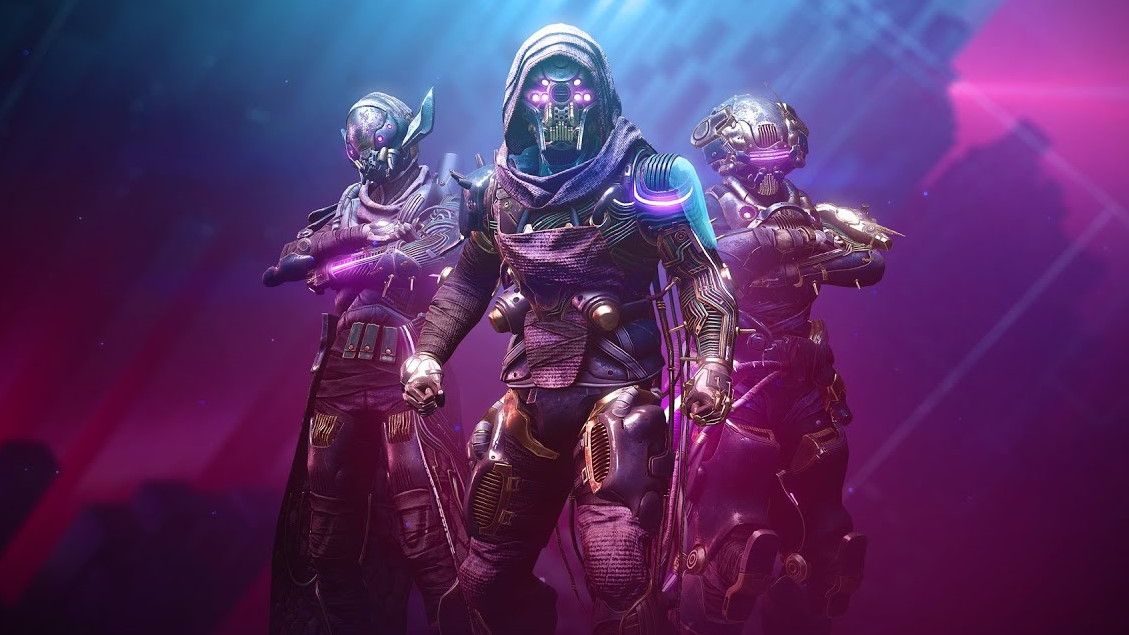 Players do the math on Destiny 2's new transmog system and the grind is even...

It will take 160 hours of solid, non-stop gameplay to reach the seasonal cap.

I don’t really grind tho - so no biggie.

I have to admit, I probably don’t fully understand all the new stuff after not playing Destiny for a few weeks.

I have to admit, I probably don’t fully understand all the new stuff after not playing Destiny for a few weeks.

OK, you got a legit laugh out of me, good one. I tried coming back to Destiny 2 after I don’t know, a year? And it’s still fun - at least the shooty parts. But all the other more meta stuff? I don’t have a clue, man. No idea what’s going on in all those menu screens.