Destiny of the World

Shows promise, but is pretty rough. The production system strikes me as cumbersome and opaque. The tutorial is still under construction and is not available. Only one scenario, the 1939 Grand Campaign. I chose the Soviet Union. Germany attacks Poland, but slowly in a few provinces and not the overwhelming Blitzkrieg. There appear to be no German units in the West and France takes two southern Germany provinces. The Soviet Union cannot declare war on Poland, at least at the start of the scenario. Diplomacy seems to consist of declaring war, and the Soviet Union can’t declare war on any nation.

Not terribly happy with my purchase so far, but it is early access and I will stick with it for awhile.

I salute your sacrifice!

Any idea what the red-star means? Have the cow pops turned Communist? 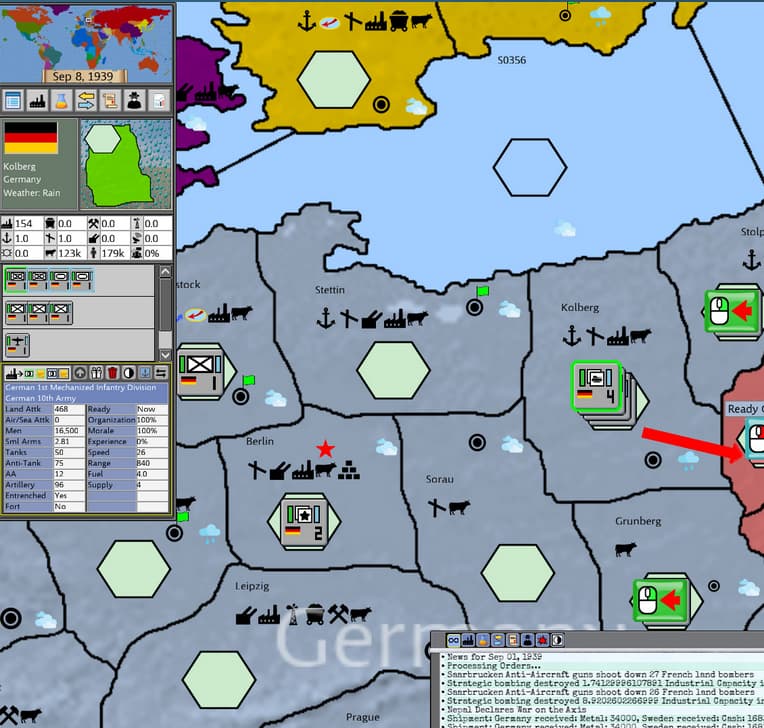 Much as I like the idea of communist cattle, I think it’s just an indicator for a national capital.

The tutorial is still under construction and is not available.

I was going to feign outrage over this, but I see the game is still early access. Which I would have realized if I’d read all your post before hitting “reply” to feign my outrage.

It is kind of a ballsy move for the developer to call themselves “Fiddlyware”. Anyone making a grand strategy game under that name is just asking for it!

Anyone making a grand strategy game under that name is just asking for it!