Pocket Detective is another of the single-deck-of-cards detective games.

Basically you collect clue cards, which will generally have about a paragraph of text + potentially pointers to other cards. On a player’s turn, they choose which card to visit and read it out. Once the group thinks they understand the case, you answer a couple of rudimentary questions on who did it and get a score. It deviates from the usual way these games work in two ways: how you answer the questions, and the handling of time.

The questions at the end are multiple choice, and you resolve the answers in such a way that if you get the answer wrong, you’re not spoiled on the real answer and can continue playing. This is such a minor benefit that it might not exist at all.

This doesn’t work at all. The need to have an explicit result card for every failed question means that they’re severely limited in the number of questions and the number of options to provide. So you only need a very minimal level of understanding of the case to answer them.

Second (and worse), the multiple choice format leaks information. We decided we’d gotten all we could get out of the case, we had a plausible hypothesis, and went to answer the questions. And one of the options made us realize we’d ignored something, we redid our hypothesis of the case on the spot, and got it right.

The handling of time is potentially interesting. For any card, the pointer tells you how much “time” visiting the clue is expected to take and how much “stress” it’s expected to generate. Every unit of time is -1 point, every stress is -10 points. The game tells you that these estimates are not necessarily correct, and gives an idea of just how many units of time is optimal / par.

The game does a couple of interesting things with the time. Some clues are blocked until the players have spent enough time (which is how they can force the players to investigate one part of the scenario before proceeding to other parts). And in other places, you’ll get different results depending on whether you visit the clue before or after a certain time threshold. That’s a rather neat way of focusing people into concentrating on the essential, rather than just doing a breadth first search through the scenario.

Unfortunately the part with the uncertainty of the time cost kind of breaks the game. Turns out there were things you were supposed to achieve in addition to the game’s stated mission of finding the facts. And those things are hidden behind clues that have an outrageously high cost of investigation that’d ultimately get refunded. It just makes no sense: the game actively and dishonestly discourages you from entering these parts of the story, and the heavily penalizes you for not doing it.

The story and writing were competent enough, with a suitable number of red herrings but everything eventually falling into place and making sense. But it’s also pretty slight. Combined with the rubbish question answering system and the issues with the time system, I can’t really recommend it. Sherlock seems like a better bet for detective games in this form factor.

Anybody following along with this? It looks pretty awesome.

All right folks. For the last day I’ve been researching all available info about Shadows of Doubt (dev updates, video updates, Discord channel). This game is BLOWING MY MIND. It has rocketed straight to #1 in my list of most anticipated games. Buckle up, let me tell you about it. https://t.co/nV0W4ftOo1 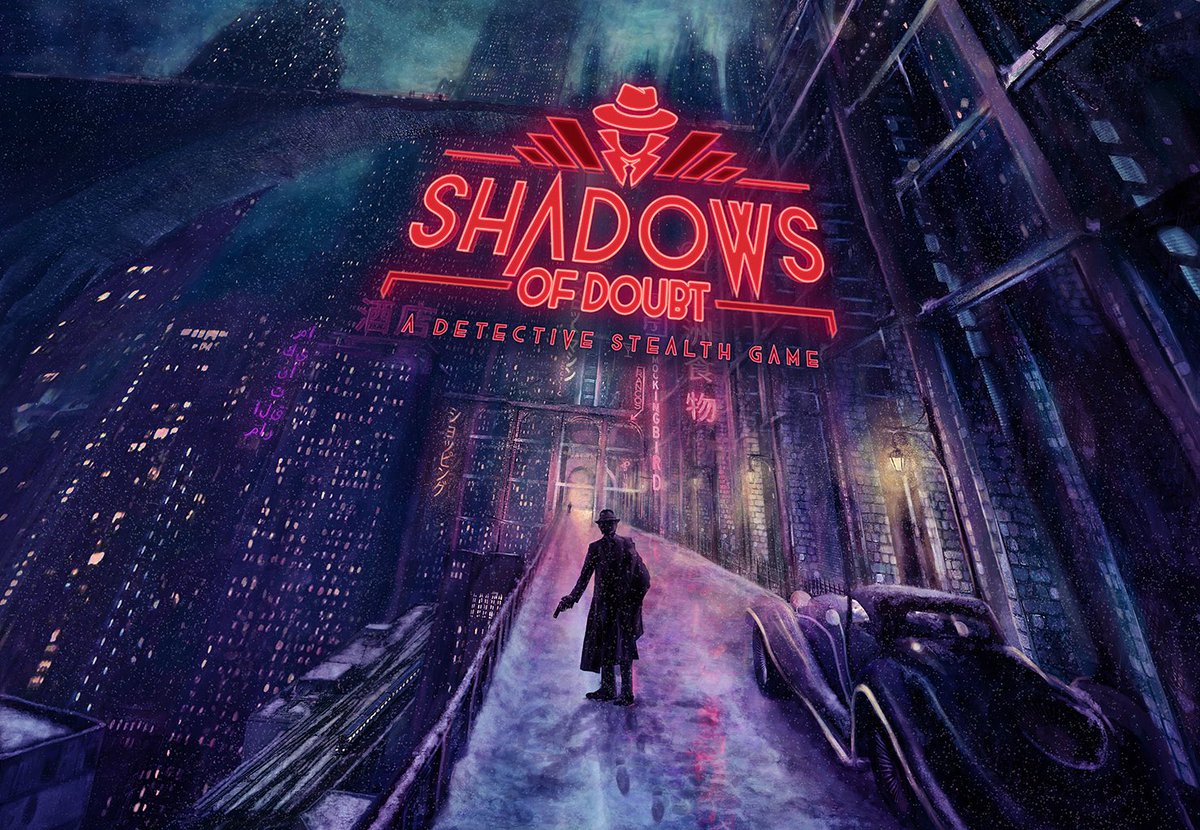 Wow, that’s quite the twitter thread preview of the game. Very ambitious. I hope they pull off fun gameplay with all that procedural generation.

I’ve had a look at the devlog on Tigsource every now and then, until the updates moved to videos.

I remain deeply skeptical about procgen detective cases being interesting, but can’t fault people for being ambitious.

Lk that does look good!

Wow that looks incredible. Even keeping my expectations in check, I’ll absolutely purchase it day-one in support.

Something about the combination of “stealth” with “detective game” sets off my spidey sense. If you guys try it and tell me it’s awesome I’ll try it, but I’m a little hesitant about this one.

This is high on my list. Even if it is flawed, I’d like to support him such that he is encouraged to make a followup.

For a LONG time, I’ve wished I could program in order to create a 40s LA noir detective game, set in the world of Chandler/Marlowe, with some dynamic aspects and proc generated cases. So, for example, if you decide to go talk to the backroom casino boss who happens to have mob connections, and you push him and strong-arm him, he may tell his guys to give me a hard time (at best.) Or you may decide to try to play quid pro quo with him, and he has one of his guys give you an inside lead on some shady character who may have been involved. An entire world of such characters and options, playing out differently every time you play. Yeah, that’s my dream game of this type, so anyone who tries anything remotely close to it will get my dough.

It’s by the Concrete Jungle guy? Woah. Glad he’s still making stuff, and I’m very interested in this kind of big swing from him!

@jsnell though now that I look and see that you suggested skipping Sherlock Holmes: The Devil’s Daughter, I started playing it just now because I had it free from Twitch and I am absolutely stumped on just how the game works. I’m trying to do the very first character portrait and I can pan around the kid’s body but clicking the mouse/pressing buttons on my xbox controller doesn’t seem to do anything at all, and then after a little while it tells me I did a bad job. Then I was questioning him and tried to object and it seemed like it ignored that. What does the UI want me to do?

Speaking of Frogware’s Sherlock series, they have announced the next game in the series and it’s going the prequel route of showing you his younger years. For my liking he’s looking a bit too much like a pretty boyband singer, but that’s not really important.

Who is the imaginary friend? Mycroft? his dad? 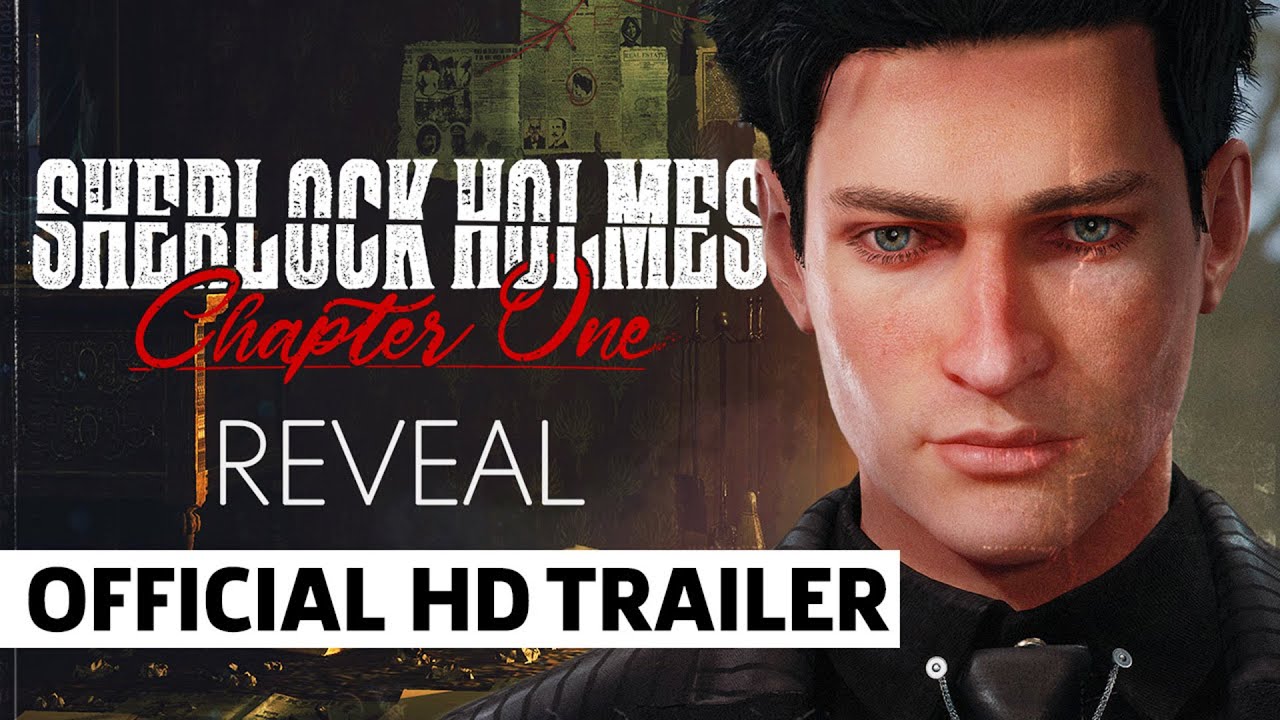 Is it being released episodic?

Nope… In one interview they explained its a full game, the name is just a variation of “Sherlock: origins” or “Sherlock: Year One” …etc

Very nice! But seems a long way from being done. Kind of reminds me of Liberation: Captive 2 (Amiga 1993) in the way you’re going around procedural locations tracking clues. And it is crazy that you have to go that far back to find something similar! :)

This article got me excited for his “Writer’s Detective Handbook,” but it seems like it doesn’t really exist.