Backbone is on Game Pass. I’m pretty impressed. The puzzle solving outside of conversations is not too complicated, but it seems like the conversations actually have room for you to fail, and I’m really curious about whether I’m doing a good job. Starting Chapter 3 now.

I finished Backbone. I would say it’s a game about a detective but I’m not sure I’d call it a detective game. I’d have to play through a couple more times to find out to what extent the conversations and actions you do affect what happens afterward, though I know there was at least one point where I had figured out a password to get into a club but wasn’t able to use it because I’d pissed someone off. But although there’s some uncertainty around what exactly is happening, and you could miss some information that unlocks paths later, I don’t think there’s a way to avoid solving the case.

I enjoyed it. The end was not nearly what I expected (not from a detective-y angle, the game goes in a surprising direction generally.) It probably took about five or six hours and it was worth that.

Weird that that’s releasing at the same time as a new Sherlock Holmes game where he’s a young man.

Okay, the Hunt a Killer series can officially go fuck itself.

The two standalone boxes sold at Target (Death at a Dive Bar, Death at a Motel) are o-kay. $30 for a decent hour of group fun with A+ production values meets a D+ to C+ mystery. Dive Bar was a bit iffy because we strongly suspected the correct killer after just 5 minutes.

Tried Class of '98. We had a strong suspicion of the killer within the first 15 minutes. This turned out to be correct. It was disappointing when it happened with the 45-60 minute Dive Bar. It’s atrocious to happen in a $180 mega set that’s advertised as lasting 10-15 hours, which would excuse the price tag if it really kept a group entertained that long. It doesn’t. We finished it in 3, and at least 45 minutes was because we were backtracking wondering “The solution can’t be THIS easy, can it?” It can.

Also it gets simpler as it goes on, since every box you just have to eliminate a suspect so the list shrinks as you go on. Sometimes it is as wildly obvious as a time stamped security photograph of a suspect on the other side of town at the time of the murder. A grand total of 60 seconds to eliminate the suspect, another $30 box and month of waiting down?

Then Mallory Rock. I wanted to toss this in the garbage after the first box. It makes the same blunder that Detective did where it includes an online database element that should have just been in the physical components. Thing is, the entire appeal of Hunt a Killer is the high quality physical items. Not only do they shunt a bunch of stuff to the online database, they shunted everything there. Every single thing you needed to complete the first box objective was all exclusively in the online portion, the physical items being completely worthless. So everyone have fun handling the items while the person sitting alone in the corner on their laptop solves the whole thing solo.

Haven’t progressed much into the 2nd box yet, but we already got another strong vibe on who the killer is in the first 15 minutes. It’s not confirmed, but I’m fully prepared to be disappointed again. The one good thing I can say is that so far it’s not the “eliminate 1 suspect” structure of Class of '98.

Damn though, $180. Some of these boxes are really slim on content too (a cheap necklace, a small rock, and 10 sheets of paper = “that’ll be $30, please”). Only way it would be close to worth it is buying it used online, then immediately selling it for the same price when done so you’re just eating the shipping costs.

Bleh. Why is so hard to design a decent detective game? So far, I think the best one I’ve played in over a year has to be MicroMacro: Crime City (i.e. Where’s Richard Scarry’s Waldo?).

Does anyone have any recommendations for detective games that play well over voice chat with a group? I did Consulting Detective once like that - it is kind of a pain to scan a bunch of documents for everyone to use, but has been good fun once that work is completed.

I just saw an ad for this on Youtube and decided to check out the website. It reminds me of those Dennis Whatley(?) books from the 30’s I used to have. $25/month is a little pricey but it may be worth checking out.

Does anyone have any experience with this?

Maybe a text adventure? The person playing the game could read aloud to the chat, let everyone work out possible solutions and key them in. Infocom had some fun detective games back in the day like Deadline, The Witness, Moonmist. Not sure how easy they are to find these days though, maybe on abandonware sites.

I just saw an ad for this on Youtube and decided to check out the website. It reminds me of those Dennis Whatley(?) books from the 30’s I used to have. $25/month is a little pricey but it may be worth checking out.

Does anyone have any experience with this?

You might want to scroll up all of two posts above your own. :)

You might want to scroll up all of two posts above your own. :)

I know I searched for it. 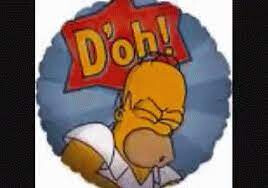 Legends of Murder collection- A D&D detective game? You play an inspector investigating crimes, along with oldschool D&D combat dungeon crawling? It’s from 1989, no clue.

I was looking at Legends of Murder on GOG today myself, looks like a new addition and I don’t believe I’ve ever heard of it. Looks interesting though.

I don’t find these to be fatal flaws, you just need to understand that this is something you play for the experience, not for getting an optimal score.

Other critics also mention a lot of reading. I’m looking for a co-op game to play with my adult son, and I don’t think he would mind a lot of reading, but I’m not sure. Did you find that to be a problem? (FYI, I’m debating between the Holmes “Thames Murders” game and City of Kings, a co-op adventure game that’s more expensive.) Thanks in advance!

There is a lot of reading, both in reading aloud the text for the location you’re visiting and in scanning the newspapers for extra clues. For us the reading has always been a positive though, since it’s well written and since it’s a fairly unique boardgaming experience. (Well, was unique until all the clones over the last few years.)

I’d personally prefer to play with more than 2 people though, just since half the fun is in debating the various theories you have on the case.

Thanks for your comments. It sounds fun. Maybe I could actually persuade my wife to play too! I did get her hooked on “Ticket to Ride” for a while. Nothing since, but you never know!