Legends of Murder collection- A D&D detective game? You play an inspector investigating crimes, along with oldschool D&D combat dungeon crawling? It’s from 1989, no clue.

I was looking at Legends of Murder on GOG today myself, looks like a new addition and I don’t believe I’ve ever heard of it. Looks interesting though.

I don’t find these to be fatal flaws, you just need to understand that this is something you play for the experience, not for getting an optimal score.

Other critics also mention a lot of reading. I’m looking for a co-op game to play with my adult son, and I don’t think he would mind a lot of reading, but I’m not sure. Did you find that to be a problem? (FYI, I’m debating between the Holmes “Thames Murders” game and City of Kings, a co-op adventure game that’s more expensive.) Thanks in advance!

There is a lot of reading, both in reading aloud the text for the location you’re visiting and in scanning the newspapers for extra clues. For us the reading has always been a positive though, since it’s well written and since it’s a fairly unique boardgaming experience. (Well, was unique until all the clones over the last few years.)

I’d personally prefer to play with more than 2 people though, just since half the fun is in debating the various theories you have on the case.

Thanks for your comments. It sounds fun. Maybe I could actually persuade my wife to play too! I did get her hooked on “Ticket to Ride” for a while. Nothing since, but you never know!

I had just mentioned it, but that’s why I couldn’t get into Mythos Tales and Detective. They both force the absolute worst part of Consulting Detective on you: playing for optimal score.

Just finished all 3 cases in Detective: Season One. And yup, they all follow the same pattern. There is ONE encounter that will give you the vital clue you need to solve it, but the trail of leads that will bring you to that encounter is completely arbitrary. You will never, ever recognize one trail as more valid than the rest before time is up. In fact, in one case the solution is to follow the WORST, most irrelevant seeming leads.

The game really tries to sell itself as “cast a wide net, build a case out of numerous leads adding up to the bigger picture”. It is NOT that AT ALL. There is ONE specific “ah ha!” clue that you have to hope to stumble across in one specific lead path that will never be apparent based on any big picture deduction.

Also, their choices for the final questionnaire reports are terrible. In one case, they flat out give away the culprit right in the intro, but then say that your objective is to figure out why they did it, how they did it, and if it was even a murder at all. But then you get to the final report and all it asks you is who the murderer is. Not one single other question. Just finger the murderer that was given away in the intro and you’re done.

Another case, there are a ton of suspects and it’s not obvious (unless you stumbled across the one magic encounter that spells it out for you). However, when you get to the final report, it only gives you TWO choices to pick from for the murderer, and one of them has at least ten encounters telling you why it couldn’t have been them. The other choice? Someone barely mentioned at all and you wouldn’t even think to suspect unless you stumbled across the ONE encounter that completely gives it away.

Just crap. I don’t even want to sell this game because I don’t want anyone else to suffer through it.

I started playing the original Detective board game and wasn’t overly impressed. Lost interest after case 3 if I recall correctly. Can’t really recommend it either. The forced timing mechanic combined with random clues is rather frustrating.

Was curious if anyone had any experience with Detective: City of Angels either as a solo/co-op game or multiplayer with the Chisel mechanic?

It looks interesting, I love the theme, and I really like the designer and publisher.

In one case, they flat out give away the culprit right in the intro, but then say that your objective is to figure out why they did it, how they did it, and if it was even a murder at all. But then you get to the final report and all it asks you is who the murderer is. Not one single other question. Just finger the murderer that was given away in the intro and you’re done.

Ok, that sounds amazing :) I’ve seen a lot of bad end-of-game questions in these games, but usually it’s at least something slightly subtle like a gendered pronoun or an accidental plural that leaks information. This is on a totally different level.

I started playing the original Detective board game and wasn’t overly impressed. Lost interest after case 3 if I recall correctly. Can’t really recommend it either. The forced timing mechanic combined with random clues is rather frustrating.

I think we didn’t even last a full case before we house-ruled how the end of the day would work, since the timing mechanism just didn’t work.

Are any of those “mystery jigsaw” games any good? 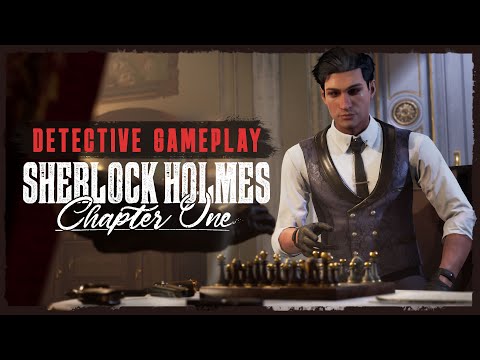 That Holmes game sure has a familiar UI. Didn’t a previous Holmes game use the branching “mind palace” too? Or am I thinking of something else?

Also, the voice acting didn’t always seem to match the animations, but that’s okay – it still looks like a lot of fun.

That Holmes game sure has a familiar UI. Didn’t a previous Holmes game use the branching “mind palace” too? Or am I thinking of something else?

Yeah, that was it. Thanks. I liked it okay, but I lost interest in the second chapter somewhere. I guess this dev is Frogwares again; same developer, new Holmes series. 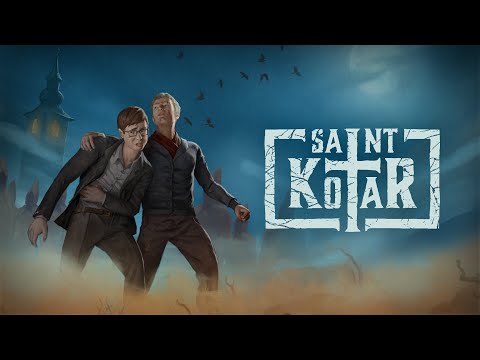 AI: The Somnium Files is a Japanese game made by the people behind the Zero Escape series. It’s available on Game Pass. I think I would describe it less as a detective game and more as a puzzle games based around a mystery story, and there isn’t really a “type in who you think did it” moment. But I thought the story was very well done, especially the quality of the English translation. It’s worth checking out to see if it grabs you. The story goes some very weird places. 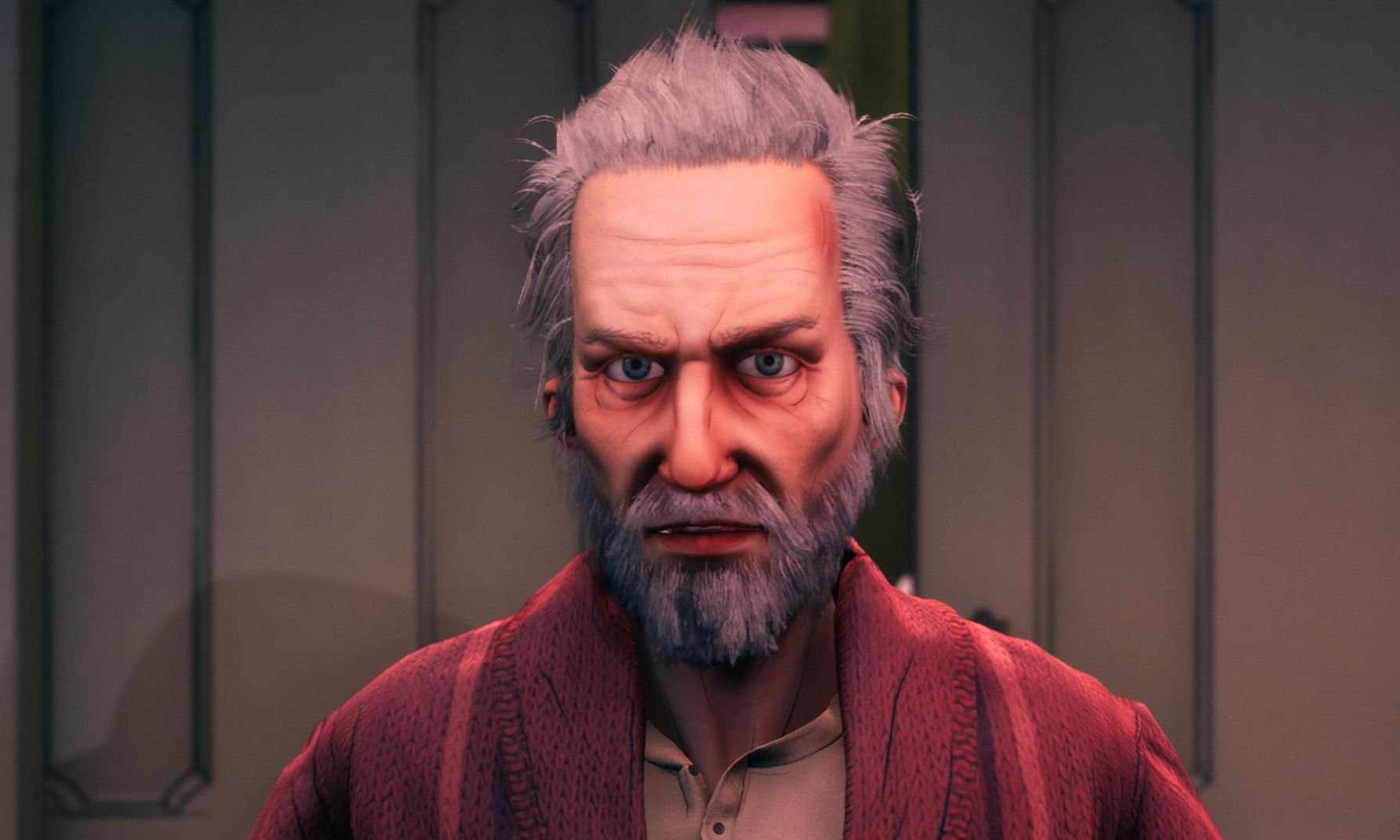 I finished playing through The Painscreek Killings, a Detective/Exploration game where you are a journalist sent to a ghost town to solve a murder. One of the biggest draws of this game is how it doesn’t hold your hand at all, in fact when you start the game it straight up tells you that you better take notes. And you better break out that pen and paper because there are no journals or fancy objective markers and waypoints and shit, just you and the town. It made the game really satisfying when you start piecing everything together yourself. Some of the revelations I had blew my mind at times. You really have to play slowly and methodically as you scour the environment for letters, diaries, and newspaper clippings to start to piece together the story that spans a couple decades. There are a ton of locked doors, cabinets, drawers etc. that need keys and key codes you have to find. All the information you find is really concise and relevant, so you are never left slogging through needlessly long books or anything. I took extensive notes and only peeked at a walkthrough a couple times for minor things. Overall I really loved this one and I wish more games took this hands-off approach, because it really forces you to analyze and understand the information you come across.

How long was it?