Faster walk/run speed and Faster Cast Rate. I mean, who pays attention to those two for helping them fight?

If you’re someone that casts their primary attacks then you darn well better pay attention to Faster Cast Rate! It’s analogous to attack speed for characters that use physical attacks (and bows).

Not always. Spells like Blizzard and Meteor and Frozen Orb off the top of my head all have cooldowns, so FCR just helps you get them off.

It’s still useful, just not straight DPS like it is for Nova or Bone Spear or Charged Bolt or whatever.

Faster cast rate is the most important stat for a sorc, regardless of builds/main skill, due to increased teleport speed, faster static fields and decreased chance to get interrupted by a hit mid-casting.

Well yeah it’s not going to affect the cooldown of an attack, but for skills without cooldowns it makes a big difference. Even with just the 45% FCR I have right now it’s the difference between 9 Fire Ball attacks and 13 Fire Ball attacks in a 5 second period.

Great weekend playing. My 12 year old daughter is a Jr. gamer but mostly the Minecraft, Roblox, Animal Crossing variety but she’s branching out slowly. She watched me play a little Friday night and thought it was cool. I gave her a brief history of ARPG’s and How Diablo 1 and 2 were pretty instrumental in “creating” the genre. Saturday morning she declared she wanted to play much to my delight. 3 hours later she had an Assassin well on her way through act 1. Sunday evening she got her own copy and we plan on playing together this week. Can’t wait!

Finally got an FCR amulet on my paladin. Which I immediately gave to my sorceress. Is 10% good?

And quick question, does anyone who plays offline ever use the personal tab in the stash?

It’s 10% better than nothing! I have a couple 10% rings and 25% on my armor currently. Here are the breakpoints for the sorceress:

The percentage is the amount of Faster Cast Rate. The right column is how many frames the casting animation runs. The higher the FCR percentage, the shorter the casting animation, but you’ll notice that 19% is effectively the same as 9%, and you don’t hit that next breakpoint until you get 20% FCR. It maxes out at 200%.

Lightning breakpoints are different, but that gives you an idea of how it works.

Today was good. Started hammerdin. Found the horadric cube. Time to combine some gems and make some room.

Edit: I suppose it’s time to respec. Get rid of junk skills I picked through ignorance.

Keep in mind that Faster Cast Rate is important for Blessed Hammer as well!

To add to the previous post, any hints and tips from the D2R crowd here?

Yeah, I may have to pull an amulet from my sorcerer. And I think a ring as well. We’ll see.

To add to the previous post, any hints and tips from the D2R crows here?

When you start using Blessed Hammer you can keep your distance by holding shift and attacking to send your hammers out. You’ll eventually get used to aiming them to hit what you want to hit, but its primary benefit is wiping out big groups of enemies.

You’ll probably be quaffing mana potions for a while but eventually you’ll have the CLVL and gear to cut back on that. 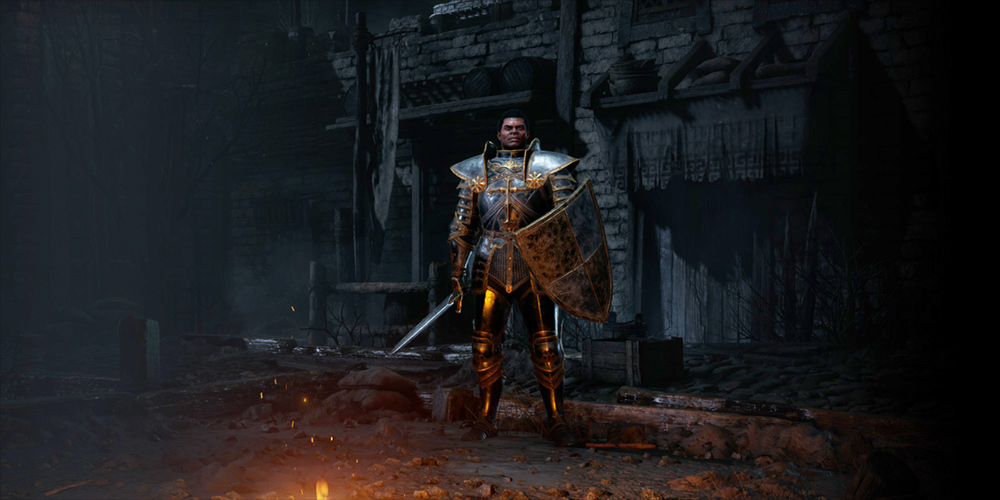 A powerful Paladin build for Diablo 2 PvE, based around Blessed Hammer and Concentration Aura.

When you start using Blessed Hammer you can keep your distance by holding shift and attacking to send your hammers out. You’ll eventually get used to aiming them to hit what you want to hit

My Barbarian beat Duriel. Phew. I took off my 4 tier belt in order to wear Death’s Guard for the “Cannot Be Frozen”, but after I did that, during the Duriel fight, I remembered the same lesson we learned the hard way so long ago: You’re not Frozen by Duriel, you’re just slowed down a lot. So “Cannot Be Frozen” does nothing!!! The Goggles! They Do NOTHING!

I can’t believe I had to relearn that lesson a second time. As a result I had less potions available to me on my belt and went through all of them. But thankfully that was enough on the wimpy Players 1 setting I’m forced to play. Players 8, I would have been dead for sure for such a silly mistake.

Anyway Duriel has a one off Holy Freeze aura that is basically unfuckwithable. Perks of being the Absolute Penis.

Right. Hence the point of taking less potions into battle being the foolish move. (I was out of potions with his miniscule players 1 pool. If I had to last much longer…)

That’s what portal scrolls are for!

That is a great point. We used to use portals a lot when we played on the LAN. I just learned not to rely on it during Solo play because it usually didn’t work out well.

Is there any reason, what-so-ever, to play online if you have no intention of playing with other people? I see drawbacks, like lag, log in queue in the weekend, etc, but is there any benefit?

Also, aside from personal accomplishment, is there any reason to play Ironman mode while the ladder system isn’t implemented yet?

I feel like in the past when I played regularly, it was always online in a private instance, but I can’t recall for the life of me why I would do that instead of just playing off-line.

The reason to play on Battlenet in the past was that the loot you got was much, much more generous online.

This still wasn’t incentive enough for me and my friends who had fun only in hardcore, because when we briefly tried battlenet, it was laggy, where as LAN play had virtually no lag (except on my roommate’s computer with the bad network card, but even that computer had minimal lag over LAN games).

So when the formal 1.09 patch came out, we had a decision to make. Get off the beta patch and go back to regular old loot. But the full 1.09 patch fixed a lot of annoying bugs from the 1.09 beta patch, including a big bug for Necromancers. All summoned skeletons in that beta patch started with one hit point. So they were basically all near death when summoned. And there were other annoying bugs too. But we still kept playing the beta patch for a few months, because we were greedy bastards and the additional loot was so freaking tempting.

Does Diablo 2 Resurrected maintain this loot disparity between playing Battlenet or not? I honestly don’t know. I’ve only been playing offline.