Diablo Immortal - Stay awhile and pay on your mobile

Rumors are that this game is a reskin of a previous mobile ARPG/MMO from Netease by the name “Endless of God”. The screenshots do look extremely similar.

Nothing necessarily wrong with that, they already had an engine and framework so they’re using it. 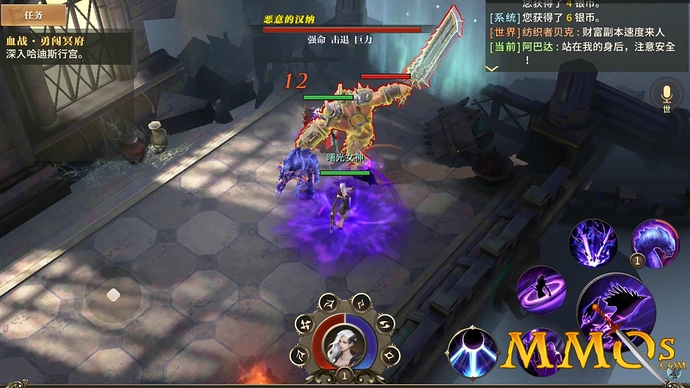 Mobile @Diablo... The general fail: "Diablo on mobile? Are you kidding? The quality will plummet, the PC port will be abysmal. Do not buy!" The reality: In this day and age, it'll probably make Blizzard the most money of any Diablo game... by far. Guess what happens next? 🙄

To me Blizzard is already dead anyway, so I don’t care much either way.

I enjoyed HotS, but they refused to do the work to make it good and just made it worse. Now it’s basically a dead game. I hated Diablo 3 after they reworked it to be “massive numbers and clear time are all the game is now.”

Before that… uh… The first few WoWs were neat?

Overwatch isn’t terrible as far as I know, but it’s also not my kind of game really.

Hahaha I feel bad for the guys on stage .

Diablo Immortal Is A Simplified Diablo—Maybe Too Simplified

At first glance, the upcoming mobile game Diablo Immortal looks a lot like Diablo III. Similar classes, similar environments, similar art, similar abilities. In the demo I played at BlizzCon, however, much of the resemblance was only skin deep.

Pretty much since Activision bought them. WotLK was good by most accounts, but that was well into production before the merger. Everything made after that has had issues.

I liked Cataclysm, but I’m in the minority there.

Maybe this will make them money. But it also identifies them as one of a hundred+ assorted developers of copy-pasted MTX-based games.

They used to be Blizzard.

So much cringe it might just transform into an episode of The Office.

(Apologies if it’s the same bit Kalldrexx has linked above - that one’s not loading for me.)

This makes as much sense to me as if there had been he-man toys sale events with kids 35 years ago, and they were broadcast. Who are all those people?

Still pissed about the unarticulated Cringer though.

Is this the first time you’ve heard of a convention or something?

This is 100% a marketing issue. Not only did they make sure to block a huge time for Diablo at Blizzcon for this announcement (making it seem like a big announcement for fans was on the way), not only did they make a big deal about the cinematic trailer about a new story in Diablo before mentioning mobile, but they also decided to make this product the last part of the Blizzcon opening ceremony (signaling that Blizzard thinks this will be amazing for their attendees).

All of their actions were geared towards hyping their hardcore fans (the people that attend and pay attention to Blizzcon) but those type of people just aren’t going to be the ones excited for a mobile Diablo. If they had announced this to their twitter feed out of no where and led with the phone/tablet aspect from the outset people’s expectations would have been managed and the right crowd would have found it and gotten excited.

Yeah, the whole ordeal is the best ad for Path Of Exile imaginable.

I also love the images of the empty mobile booths. What the hell were they thinking?
This is one of the most interesting train wrecks in a long time.

This is brutal. The YouTube video is up to 34k dislikes and 1.4k likes.

As much as this is not for me, and as much heat as this is getting right now, I’ll bet it will be wildly successful.

Yeah, I’m sure it will make the boardroom types happy, but why they thought this should be the premier announcement at BlizzCon baffles me. What an idiotic move.

Did they not have anything else to show, I guess?

This would have gone over a lot better if it segued into a Diablo III expansion announcement, coming to both PC and Console day/date. That’s kind of what I had assumed they were going to do.

I’ve got to feel sorry for the poor guy they sent out on stage to announce this to a largely hardcore PC/console audience. He looked like he wanted to disappear into a black hole towards the end there.

I feel bad for him too, especially he has a lot of good will with the Diablo community for salvaging the wreck that was Diablo 3.