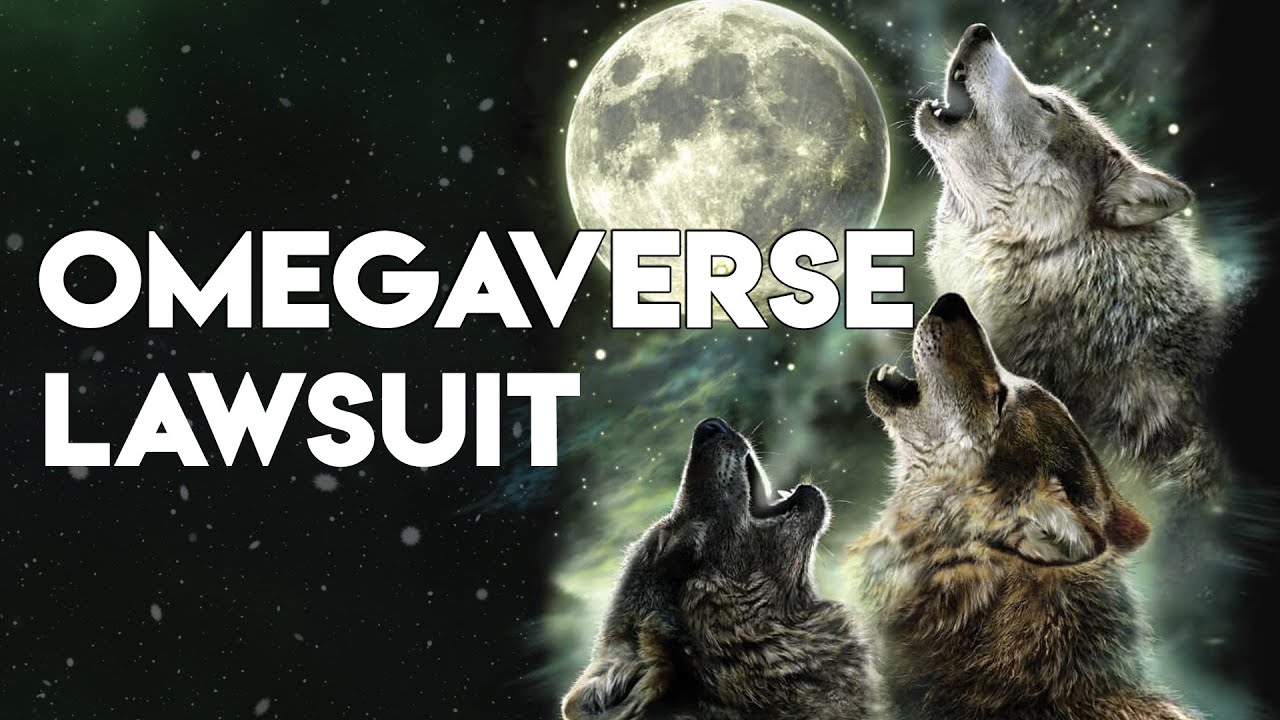 Yes, it’s an hour long video about a lawsuit between authors in the NSFW Omegaverse fanfic genre. (It’s seriously NSFW. Really. So don’t blast the audio with kids or co-workers around.) Lindsay Ellis is a fantastic presenter and the topic goes into serious territory about DMCA abuse.

The Omegaverse is a porn sub-genre in which wolfy dudes have sex mostly with other dudes. To impregnate them. And other stuff. This one writer puts out stories with one wolfy hunk having sex with women - but her character is based on Bane from The Dark Knight Rises. (Yes, really.) She transitions to an actual paid and published author by cleaning out all the Bane stuff. Another author of Omegaverse stories similarly hooks up with a publisher, but she starts getting DMCAed by the first author even though the second writer’s stuff is arguably more “original” since it was never based on any movie fanfic. 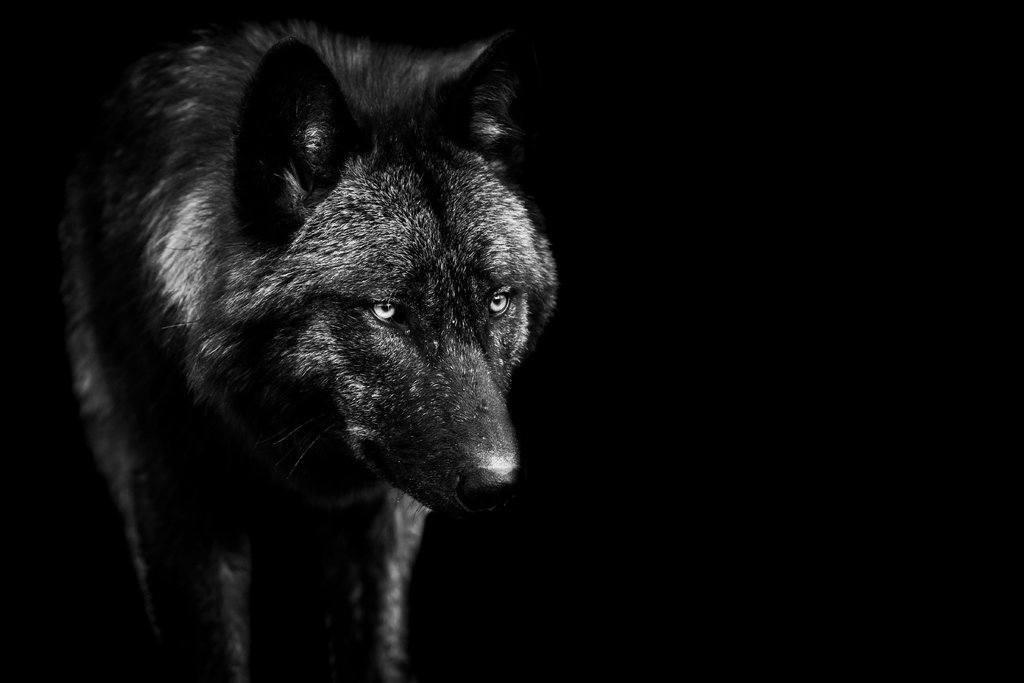 A Feud in Wolf-Kink Erotica Raises a Deep Legal Question

What do copyright and authorship mean in the crowdsourced realm known as the Omegaverse?

Lindsay Ellis, as a YT creator and recently published author, is intrigued. After all, she has paws in both worlds and she loves her some trashy literature. The video above is her attempt to summarize the saga and editorialize on DMCA abuse.

Guess what? The DMCA happy wolf-porn author wasn’t pleased with Ellis’ video. Time for her lawyers to get involved! 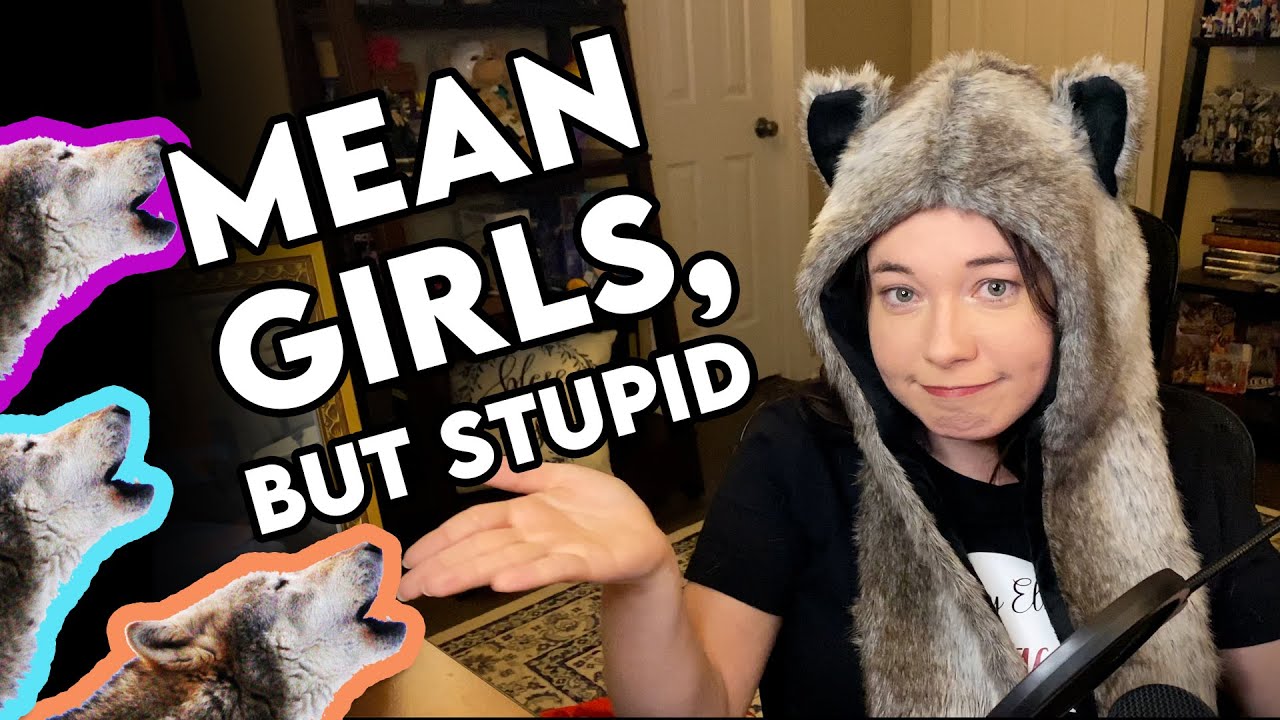 Oh god, I want to blow a big chunk of my night diving into this. Ellis is awesome and the story hook is crazy compelling. But it’s also, you know, something I’d have never heard of without this thread and that won’t, most likely, impact my life in the slightest, and I’m crazy behind on several major commitments to people. . .

I watched part 1 when it came out. And bizarre is how I would describe the entire sordid saga.

Literally had the second video queued up to watch right now.

LOL this quote from the NYT

Yep - reminds me of Japan based anime weebs to the letter.

What’s amazing to me is that not only is there enough of a paying customer base to make a living writing gay furry impregnation Batman fan fiction, but you make so much doing it you can afford lawyers.

Noah get the boat

After all, she has paws in both worlds and she loves her some trashy literature.

Look the GFIBFF industry is serious business, and if you can’t recognize that by now, prepare to be left behind by modernity, old man!

I think we need a Simpsons gif where Grandpa walks in, walks out, then walks back in and puts on a wolf costume.

What the fuck yes I want to imbibe all this nonsense, I want it so bad.

Someday! It will happen! I will watch the thing!

What the hell am I watching? I feel completely lost here. So there is someone who is claiming to own a theme… like some idea that no one else is ever supposed to use?

Also, women can be so cruel to each other.

This is going to make a epic Law and Order two parter one day.

The genre is not my thing, but the older I get, the less judgemental I am. We all have kinks, and we’re all a little crazy.
But, christ, Addison is sociopathic; her arguments make no sense, but having been sucessful allows her to lie and bully a bunch of people with no consequence whatsoever. Well, I lie, I believe she has threats on social media, but, eh… who doesn’t when you’re famous.
Anyway, a clear example how there’s no problem with using “IP law” (I know, not a thing) as a weapon; at most, you hit someone with enough connections for Patreon, Youtube and the EFF to say fuck off and… you still get to not pay anything for baseless claims while you rile up the fanbase.

The good news is that YT is, indeed, capable of caring enough to ignore DMCA claims, so there’s that.

So there is someone who is claiming to own a theme… like some idea that no one else is ever supposed to use?

That she wasn’t even the first to come up with.

There’s a comment in the YouTube video that is gold: “Somewhat disappointed that this video is not titled Much Ado About Knotting.”

That she wasn’t even the first to come up with.

I guess we were so busy teaching young people to be unhappy with Disney that they keep screwing over our laws to protect a mouse that we kind of forgot to tell them, yeah other people are going to be inspired by and use your ideas… you know, like you’re doing with all the authors before you.

DMCA is bigger than ever, but somehow this thread is buried.

@greg_doucette
Another automated DMCA takedown notice, this time locking my Twitter account for an original video I recorded of Biscuit playing with a toy mouse... twitter.com/greg_doucette/…

@greg_doucette
And part of the extensively long email, listing several dozen "infringing" tweets by others See that portion I put a red box around in the last screenshot? Can't really have that "good faith belief" using automated software... cc: @questauthority https://t.co/kQpWOKcLwJ 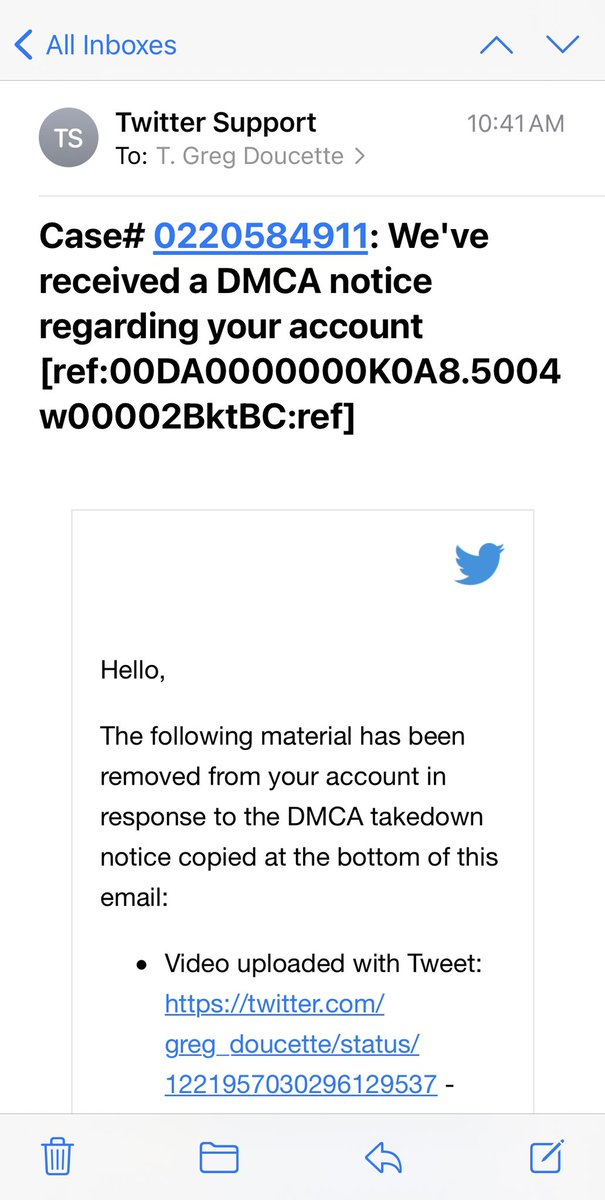 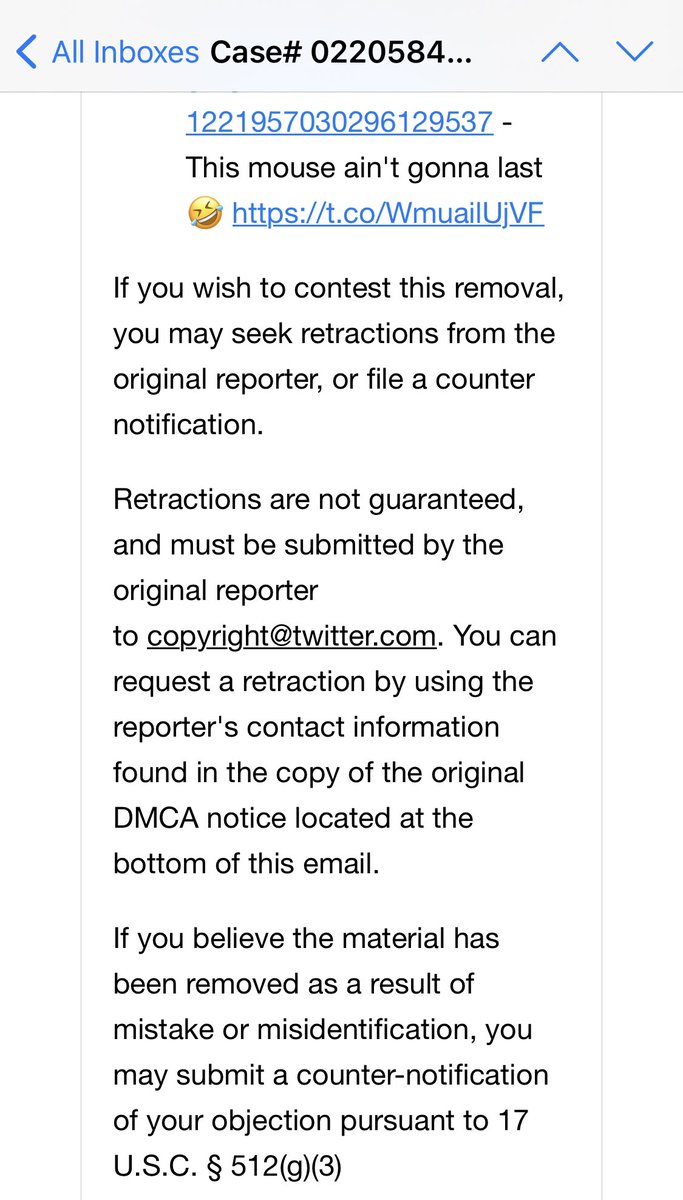 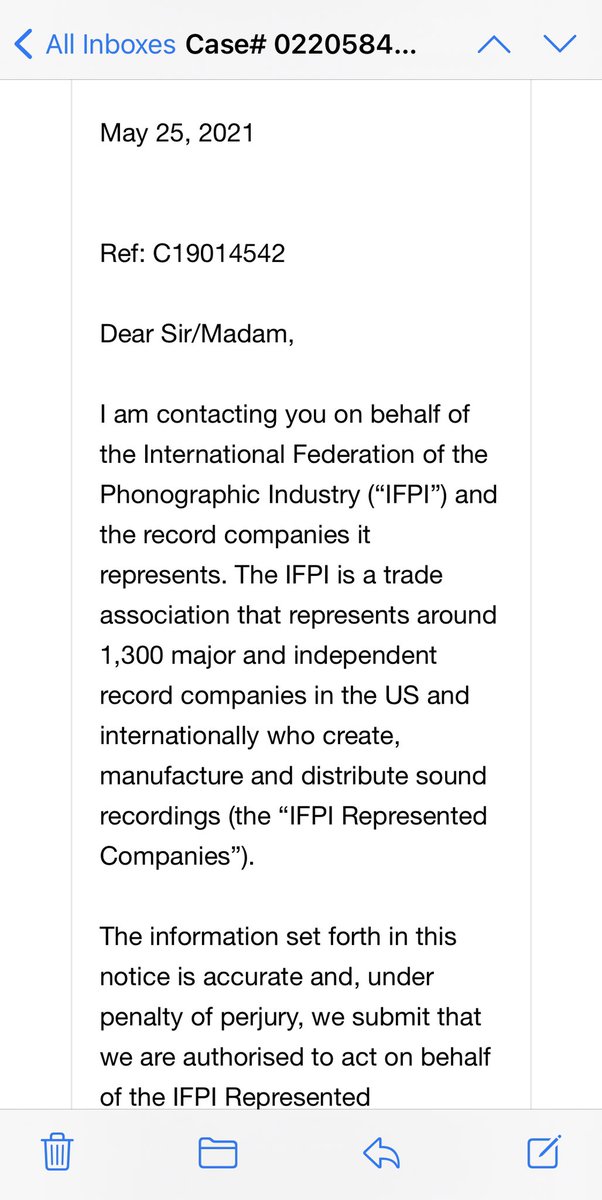 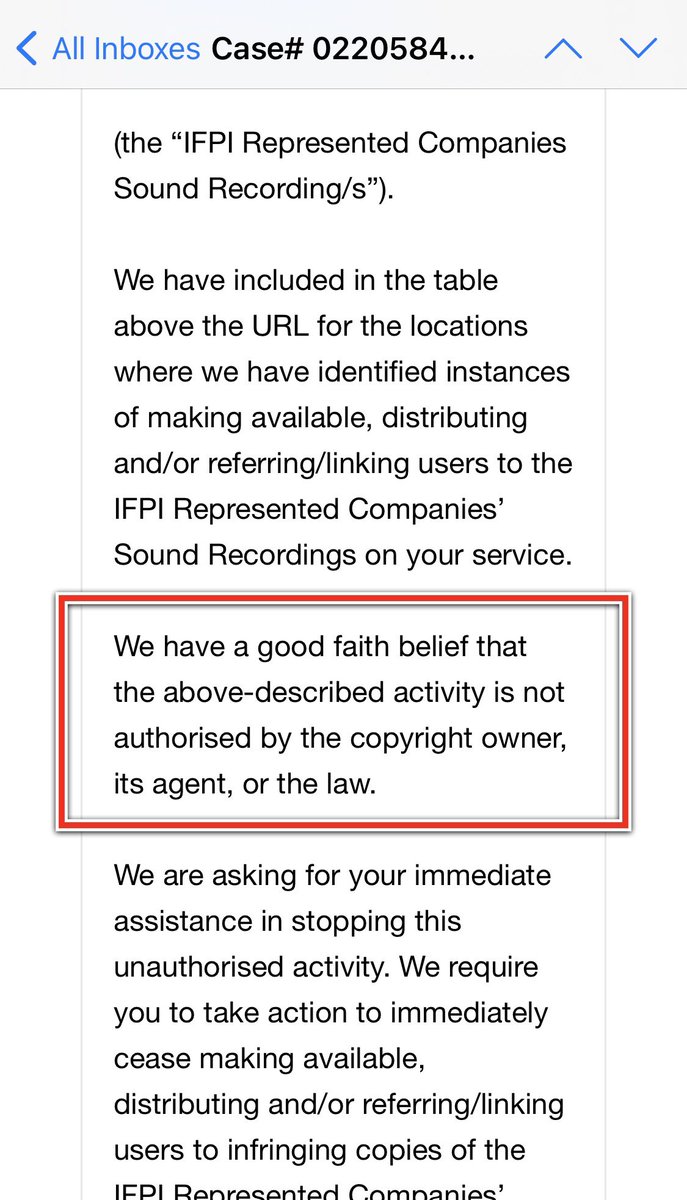 TLDR: DMCA is mostly bullshit and fighting it is nearly impossible and everything is terrible.

@marcan42
I AM DYING I just got a copyright claim for *TYPING ON MY KEYBOARD* https://t.co/EUSzQun8ik

@marcan42
Looking forward to the company who "owns" it hitting the "nah, screw that guy and give him a copyright strike" button so we can turn this into yet another media cycle about just how utterly broken this system is. https://t.co/Toy1qzenz7

Turns out if you tell the world and have a big enough response it can get fixed really fast though.

@marcan42 After careful review, the claim has been deemed invalid &amp; has been released. This should reflect on your end within 2 business days. We've also followed up w/ the partner to address the issue &amp; ensure vid like this doesn't get claimed automatically. Let us know if you have q's.

Sucks for everyone who can’t do that of course, but it’s not like YT is going to do anything about them claiming this shit in the first place.