The Vegas killer loved Trump. Do you? Then you’re responsible too.

The Parkland killer loved Trump. Do you? Then you’re responsible too.

The MAGAbomber loved Trump. Do you? Then you’re responsible too.

The Christchurch killer loved Trump. Do you? Then you’re responsible too.

The Charlottesville killer loved Trump. Do you? Then you’re responsible too.

Funny how no other president has a literal terrorist following.

Beware when fighting monster you become the monster…

I was going to post the exact same thing.

The Far Right has been jonesing for their Race War for decades and they see this as their likely last, best chance.

And yet Trump continues to court non-white voters. We should not be surprised, though. It’s what southern segregationists did years ago. They went to the black community (even though for most of the period blacks couldn’t vote for all practical purposes in many counties) and the story was that the overt racism was just to court the redneck white vote, because, you know, those crackahs were thick skulled and simple minded, etc. Big white politician man was the only real friend the black person had, etc. Sort of an evolved version of patriarchal slavery culture writ large. It shows the utter contempt people like Trump feel for their own base.

It’s also to nibble up the voting base at the margins. I hate everything about Trump but his “what have you got to lose” line was kind of brilliant in a cynically evil way.

Pretty much. He takes one photo op with a person of color and everyone points out “he can’t be racist, look he’s standing there with X” as if it means anything.

Fuck “decorum/civility.” It’s gotten us to where we are. Oh hey now, a second mass shooting within the last 24 hours.

If Islamic fundamentalists had shot up two places in two days, killing 30 and wounding dozens more, or 6 government would have already reacted with new laws, possibly invasion of another country.

Certainly people would be talking about ‘regime change’ somewhere. Though I guess that’s actually part of the solution in this case.

The Second Amendment is hugely important to many people in this country who fear that, if tyranny encroaches and the government starts marching people into camps, they won't be able to help.
Timex August 4, 2019, 3:02pm #14 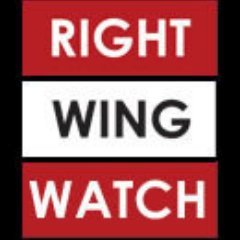 In the middle of frantically tweeting out that the El Paso shooting was a coordinated Antifa terrorist attack, Brenden Dilley's account was suspended. https://t.co/uk3eK9OvfE 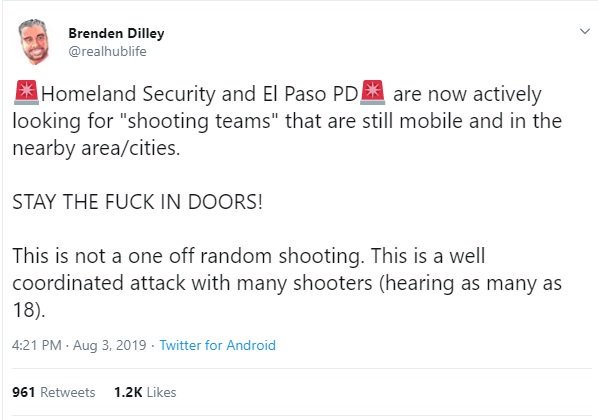 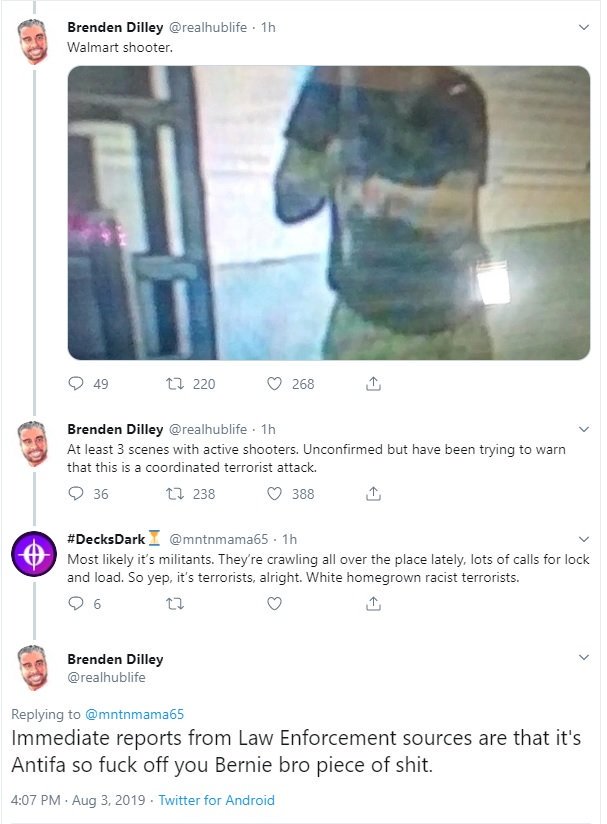 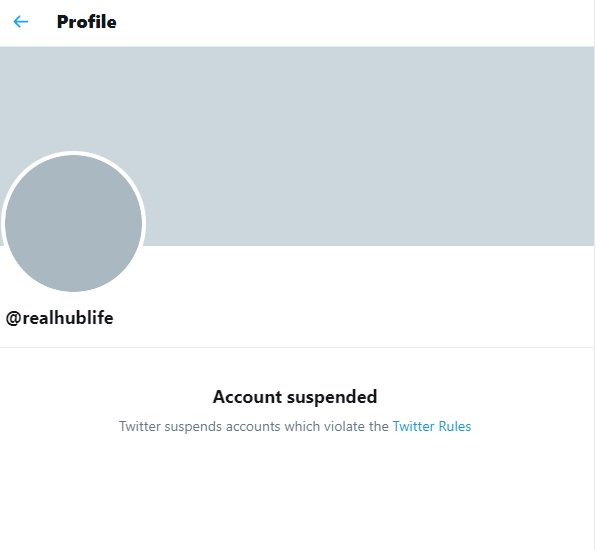 I went to Fox this morning to see what they got on El Paso. The front page news is some dipshit from Texas warning Antifa to stay out of El Paso.

Deeper in is an article about how some dude shot people in El Paso.

“…investigators were examining a manifesto that may have been written by the suspect and would indicate a “nexus to a hate crime,” but declined to offer details. The suspect will likely face capital murder charges, Allen said.”

Not surprising but note the following, no picture, no indication the shooter is white. No mention of that the contents of the manifesto posted on 8chan white supremacist shit. It’s sooo responsible of Fox to wait for the facts to come out first!

We need to call them Trump Shootings even though they’re not the kind that we wish for.

Trump is a symptom, but one who makes the disease worse. Hate is a cancer in this country and he feeds it.

If you want to lose any faith you might have left in humanity, check out the local Dayton Ohio media pages on FB and read the comments.

Then let’s call these Trump-motivated shootings for what they are and not have the media whitewash (no pun intended) them (with “both sides” platitudes) while clamoring to blacklist the ineffectual unorganized antifa as terrorists: “Shootings-For-Trump.”