So the arena fight for the final ring was intense! I died an embarrassing number of times, but I finally did it without firing the BFG or even picking up the mega health in the arena! So now I’m mostly maxed out ready for da boss.

Khan Maykr was a really hard boss for me in Ultraviolence, so I am not looking forward to this! I kept dying when she was down to 2 bars because of the insane amount of fire that blankets the arena. Let’s see what happens here.

This is going to take a while! I went into the fight with two extra lives, but of course because it was my first attempt I pissed them away like it was nothing. A couple of deaths later I could have easily beaten it with those extra lives, but now I have to do it on a single one. I keep getting close, but by the time she’s down to a single bar the entire floor is lava. I mean, the entire floor. The only things not burning are the four tiny platforms, and that’s not enough for dodging. After a while my hand starts to cramp up too much and it affects my maykr drone headshot game. I will try again tomorrow. I think my strategy will be BFG for the last bar (the rest of them are lock-on rocket launcher, then drone headshot to replenish, rinse repeat), to minimize lava time.

Holy shit, I finally beat her. Probably 30 attempts over two nights. I really hate that fight. :) I was right, the last two bars with the BFG was the way to go, so as to avoid the worst of the “floor is lava” excesses. Getting to that point, however, was proving hard. I must admit I almost reached the point of throwing the towel in after about 25 attempts (I refuse to use the Sentinel Armor!) and then the next attempt I was this >< close to beating it! I had her on the ropes, final bar, tried to engage the meathook to pull myself in… and it wouldn’t engage despite being green. Second attempt, no luck, third attempt it started to extend the chain and… I got hit by a drone projectile. FUUUUUU… (etc)

So, Final Sin. Ho boy. The last building on this gave me great trouble on UV, this should be fun.

Ok, so I got about 2/3 of the way through Final Sin, and took a break for a week. This may have been a mistake, because getting back to speed was an experience! The final building on Final Sin is really quite nasty, two major furballs one after another where the game throws the kitchen sink at you, especially on Nightmare. I fiiiiinally managed to do it, although I had to fire the BFG twice (I feel dirty), don’t ask how many attempts I lost count (most of them being “what the shit, how do you play this again!?”). Now on the final boss, fully armed and operational. This could take some time.

I am the AntiKrok. Bought, played for an hour, refunded. Just not grabbing me… I like lots of weak enemies I think. The slightly tougher ones just aren’t enjoyable for me.

Refunds of downloads are still a great thing though.

Did you manage it krok? I’ve been holding my breath this whole time. 10 days!

Er… no, not yet. :) I went bush for a couple of days, and when I got back I put a solid hour into it… and eventually managed to get 5 out of 8 armor segments down. I’ve since taken a bit of a break from it, which no doubt means I’ll need a bit of time to get back to my previous level, but I intend to keep hacking at it.

Of course, this is stage 1. I found this harder than stage 2 in Ultraviolence, because of the way the arena is constructed. In stage 2 you can dash around in a loop, grabbing Crucible powerups and carving your way through shit, but stage 1 requires more finesse in jumping between cleared area. I kept falling down to the lower level which is where all the nasties seem to be having a town meeting, but also where the fodder zombies are hanging out to recharge ammo.

I will keep trying.

I’m curious how that’ll shake out on Nightmare because it was stage 2 that gave me some grief!

I do hope to return to Doom Eternal on Nightmare at some point.

Stage 2 is by no means easy on UV, but I just found Stage 1 to be a lot less forgiving of mistakes. I am attempting to resist using the megahealth sphere in the middle of the arena, so I can start Stage 2 with full health and armor, but we’ll see how that goes! Standing still on a platform and pumping bullets into this thing is asking for trouble, really need to constantly keep moving. I am not 100% sure whether destroying the head and hand plating stops or limits the nasty beam attacks or not, but I generally go for those first with the BFG ammo. Missing a BFG shot is painful. Unlocked infinite chaingun is the next best weapon. Rocket launcher seems weak and inefficient, especially as you can’t lock on and pump three shots at once. Jury still out on the ballista charged shot.

Where did you get up to on your Nightmare run? I’m still totally into this thing, might try Nightmare on Doom 2016 to see how that pans out, although the lack of mobility might be frustrating.

I never even started it; got distracted by something else! :-P

Honestly, when I saw the picture the Mick Gordon Doom theme just exploded in my head. Awesome. Congrats krok!

I was going about stage 1 all wrong. The easiest stages are the early ones, once you get more armour off him, things get nuttier. So I used the microrockets to get the first 4 armor pieces off, and then BFG to quickly do the rest. Worked fairly quickly, and then onto stage 2! Honestly, stage 2 was far easier, and I did much faster than I did it on Ultraviolence. I think I got him on my second attempt (at stage 2).

Anyway, such an awesome game, best FPS I’ve played in years. I will probably go back and do the Arc Complex Master Level, and I might even try Nightmare on Doom 2016 as well (because I want more). In the meantime, I’ve been playing Doom 64. It’s way better than I thought it might be.

You did it! This is a momentous and extraordinary time to be alive!

Thanks, it feels good. :) Very much looking forward to the DLC for this, although it could be a while before it’s out. I can’t play the mp unfortunately because it keeps disconnecting from the server, although it looks like it could be fun.

Also, I was hoping they might have released some more Master Levels by now. I mean, how hard can it be to rejig existing levels with some nastier critters? 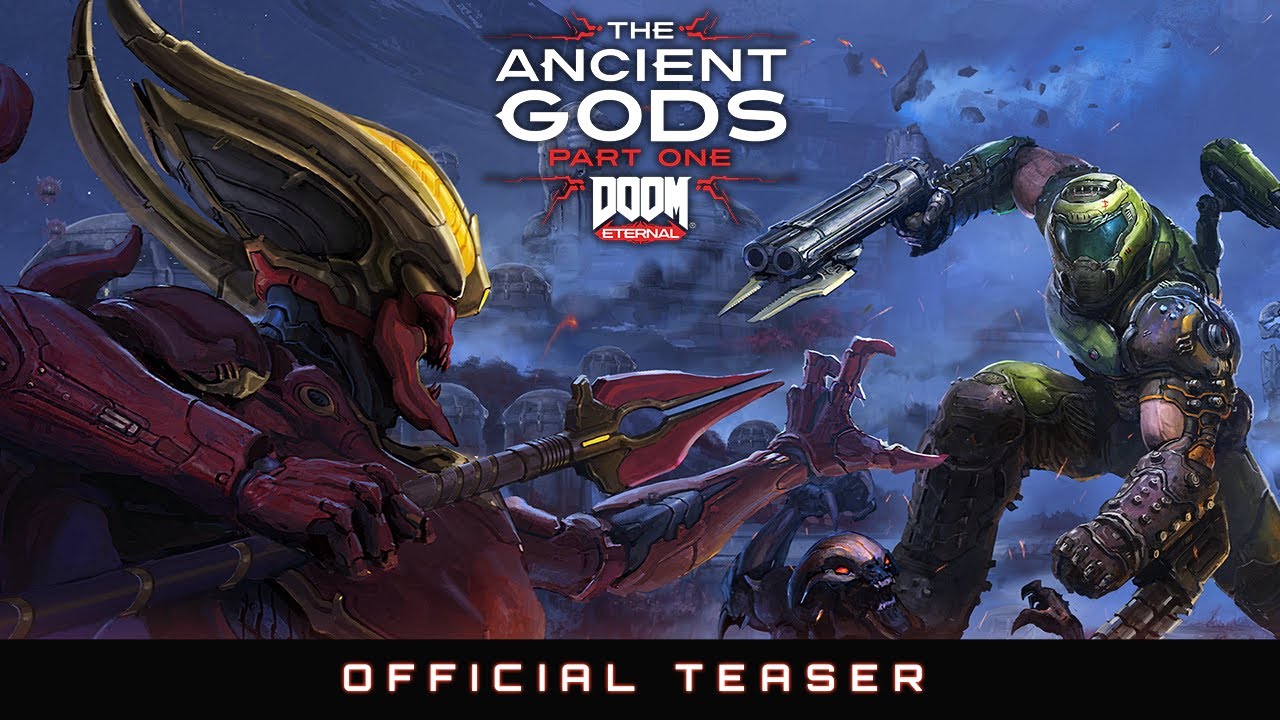 Hoping they reveal some more Master levels as well. Seems like a no brainer. Anyway, I’ve never bought a Season Pass before, but time to break new ground on that experience.

I guess the full trailer reveal was several hours ago though, right? I guess it’s not out in the wild yet.

At the end of this teaser (which I just watched), it says the rest of the trailer will be revealed on August 27th.