Dr. Strange 2....It is going to happen. (Multiverse of Madness)

I guess this is our de facto thread for Dr. Strange 2 right now?

Anyway, the final post credits scene after Spider-Man: No Way Home is a trailer for Dr. Strange: Madness of the Multiverse. Not like a scene created as a stinger, like a regular movie trailer, like when they put a sort of trailer for The Avengers at the end of Captain America.

I don’t think that’s a spoiler to tell you there’s a trailer at the end of the credits, if anyone strongly disagrees I’ll edit.

But anyway, it looked great, I’m excited for it!

I love this thread title. Much less of a spoiler than the actual movie title! :)

The trailer attached as a stinger at the end of the Spider-Man: No Way Home credits has been officially released. 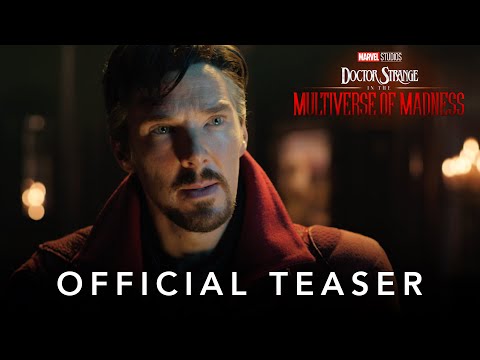 Put me down as skeptical that the second Strange is the one from the What If…? show, since that’s a thing people are already spinning out theories about.

I love this thread title. Much less of a spoiler than the actual movie title! :)

I also love this thread title, and I hope this thread stays as the main thread for this film, but I think it’s a bridge too far to declare a movie title a spoiler, and I would actually petition that @Scuzz rename it: “Dr. Strange 2…It is going to happen (Multiverse of Madness)” or something to keep the charm of the original but help with finding this thread now and in the future.

Whatever it’s called, I like it when the earliest conversations about a film are still part of the same thread where it’s eventually discussed. I’ve had a lot of fun over the years going back to threads for Marvel movies and re-reading early speculation, rumors, reactions to casting, etc., and I’d hate to see this get forgotten in the event of someone starting a new thread. 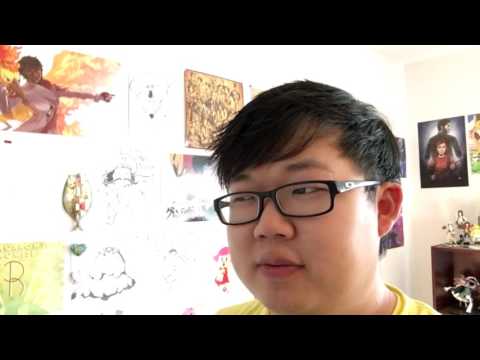 So we watched the original Dr. Strange movie on some cable channel last night and neither of us remembered the second scene during the credits, where Mordo takes away the power from the guy who had healed himself using it. Curious I went to the internet and discovered that the director of the first film has now been hired to direct a second one, although he will not write the screenplay.

It is expected that Mordo will be the bad guy as in the comics him and Dr. Strange don’t get along. 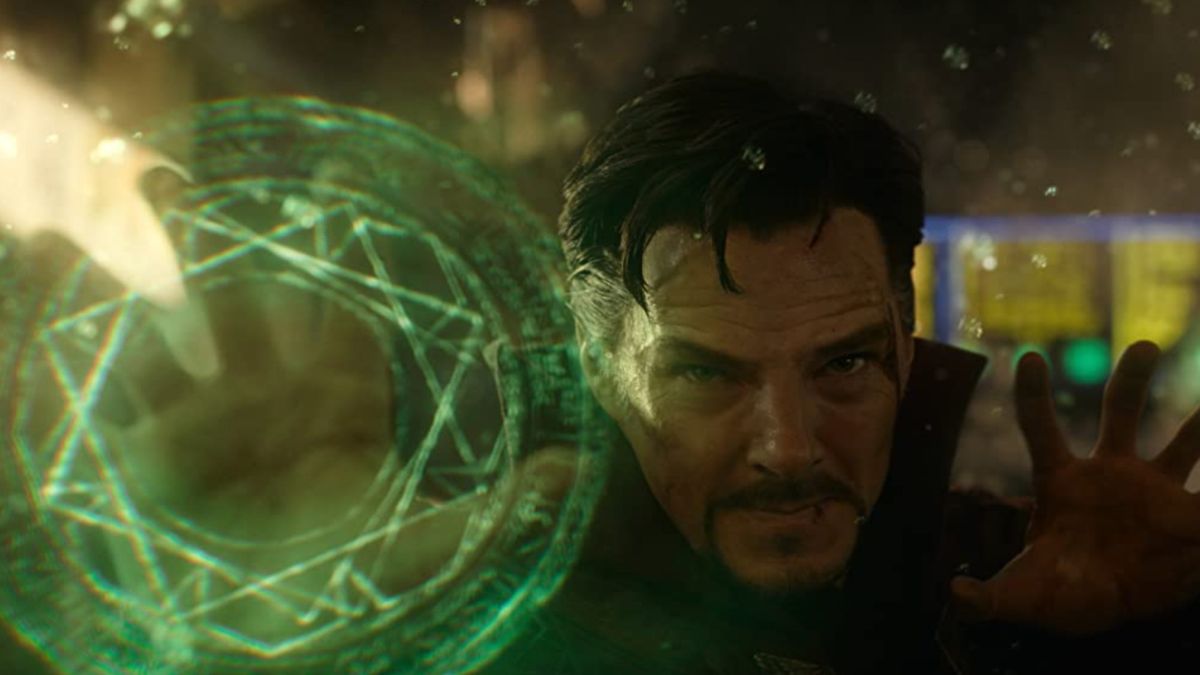 The trailer attached as a stinger at the end of the Spider-Man: No Way Home credits has been officially released.

Is this spoiling anything for No Way Home?

Nothing that’s not covered in the trailers for No Way Home. It’s still not really giving anything away about that movie, but it might not make sense what’s being referenced here if you literally don’t know anything about Dr. Strange’s involvement in NWH.

If you’re trying to avoid even seeing trailers for Multiverse of Madness, just skip past this whole post. I’m going to mention things from the trailer in connection with other rumors.

You may want to skip this post entirely even if you just don’t like having speculative rumors rattling around in your imagination—even if they’re mostly wrong, having an inkling of what might happen can be enough to ruin surprises for you.

The rumor mill is already in overdrive on this one. We know it’s about Dr. Strange! We know there’s a multiverse involved. We know Wanda is in this. Some logical possibilities for things we don’t know, but can extrapolate from what we’ve already seen:

If you’ve seen WandaVision, and especially if you know enough about the comics to see a pattern in current and upcoming casting announcements, it sure seems like they’re putting all the pieces in place for a Young Avengers team, which in the comics includes Wanda’s sons Billy and Tommy (Wiccan and Speed). Is Multiverse of Madness going to follow up on this dangling thread from WandaVision?

If you’ve seen Loki, there are the obvious ties to the splintering of the sacred timeline and the multiverse concept, plus Michael Waldron wrote both Loki and Multiverse of Madness. So it’s certainly possible we could see Loki, Sylvie, or a version of The One Who Remains/Kang show up here.

If you’ve seen What If…?, you could also be wondering about other multiverse characters from that show making a live-action appearance here. Speculation is already rampant about whether the other Stephen Strange seen in the second trailer is supposed to be the same one we saw with a big role in What If…?, and of course fans are eager to see their other favorites so there’s lots of hope for a Captain Carter live-action debut.

If you’ve seen Spider-Man: No Way Home, you’ve obviously already seen some guest appearances from the multiverse, and some people are speculating we’ll see more of those specific characters. I’m more skeptical of this than the other possibilities I’ve listed so far, just because I doubt they want to turn this into that much of a direct follow-up to any narrative threads from No Way Home. Multiverse of Madness certainly looks like it’s going to use the circumstances from No Way Home as its springboard into the multiverse, but it would feel weird to me to include any version of Peter Parker again here.

But we’ve also got some wild theories coming from things like alleged concept art leaks and the usual poorly sourced social media rumor mill. This is all, as far as I’m concerned, both very unsubstantiated in its specifics, but also likely to have at least a grain of truth to it. Seriously, don’t read this if you don’t want your imagination turning over possibilities.

It’s rumored that Dr. Strange is going to run into some universe’s version of Marvel’s “Illuminati”, a secret group of Marvel’s most powerful (and mostly benevolent, though sometimes conflicted) heroes that sort of called the shots from behind the scenes. Its original lineup in the comics was Reed Richards (Mr. Fantastic), Charles Xavier, Tony Stark, Dr. Strange, Black Bolt, and Namor. I’ve seen rumors just vaguely hinting at some version of the Illuminati, and I’ve seen people making specific claims for everyone in that lineup except Namor appearing (which jibes with Namor already rumored for another upcoming Marvel project, so possibly saving his debut for that, or maybe he’s in too and the rumor mill just hasn’t gotten around to him). I’ve also seen rumors that this Illuminati would have Magneto instead of Xavier, which could potentially have more resonance with Wanda’s involvement in this film (and maybe mean the return of some version of Pietro as well). I haven’t seen actors attached to any of those rumors though. No idea if they would involve any of the FOX actors if any mutants show up.

Sounds crazy, right? Would they really set the stage for the Fantastic Four and X-Men all together in this movie? But if you’d told me a year ago what happens in No Way Home, I wouldn’t have believed that either.

And of course with all of those rumors and speculation, at this point any of these things could be major parts of the film with ramifications for the future of the MCU, split-second Easter eggs for fans, or post-credits scenes splitting the difference.

If you’re trying to avoid even seeing trailers for Multiverse of Madness, just skip past this whole post. I’m going to mention things from the trailer in connection with other rumors.

Very much appreciate this heads up! Guess its time to vacate the thread… Have fun guys!

AHHHHHHHHHH! I think they’re doing the thing people thought they might do!

Bear in mind that even if you see some version of X (cough) or Y in this movie, that doesn’t mean those will be the mainline MCU versions of X or Y. Because multiverse.

Yeah I’m expecting a ton of cameos but not a fundamental overhaul of the status quo. Which I’m mostly OK with!

(Watches it again) Interesting that Raimi gets a prominent “from director” credit in the trailer, as did Zhao for the Eternals trailer. Seems that Marvel is being more generous promoting their behind-the-camera talent these days: they have downplayed directors in the past. (Branagh didn’t get his name in the Thor trailer, for example.)

Goddamn, Raimi still can’t quit with the zooming into eyeballs??

I am so here for this.

Kinda like Civil War for Phase 4. I dig it, can’t wait. And Sam Raimi!