www.duckduckgo.com It does seem now to use a Ubuntu-ish / FOSS typography now. Which i can enjoy without booting Ubuntu!

They even have image & video search now!

It does seem now to use a Ubuntu-ish / FOSS typography now. 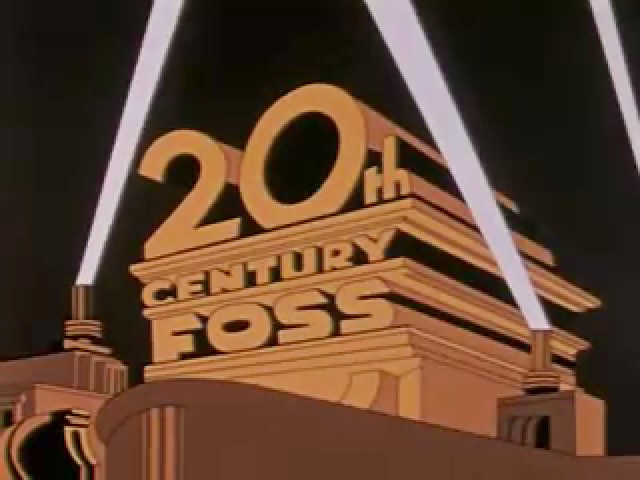 Seriously though, I have no idea what you’re going on about. Did you guys decide at some point that any typography that’s skinny and not Arial is “Ubuntu-ish”? Is it somehow uniquely more “Ubuntu” than it is Android, Metro, or iOS? Is starting new threads when another site slightly changes their font a thing now?

Haha, it’s my elliptical way of posting. It’s obvious that the Image and Video searches have been added but the first and most apparent thing is the typography and layout changes, at least if you’ve been using it for a while. The new layout is much cleaner and easier to read. That said i notice typography and fonts and the big three OSs have had their own stylistic preferences in that regard, which you may or may not notice or care about. The overall take away though is that DDG now seems like a feasible, modern alternative and not some horrible Ask.com knock off, thanks in part to the UI changes listed above, but primarily to the improvements in search capabilities (which is the whole point after all).

Still lacking a “News” search, though, so i can’t quite ditch Google completely yet.

Assume I’m an idiot and don’t know what this webfonts controversy is.

Can you explain what that rant is a response to? It sounds like people are replacing images with text, and then defining the font used by that text to be an arbitrary image instead of the picture of a letter, as a way to…?

Webfonts that rely in some graph to be available (like the Toxic cross and bones) … I imagine is bad (thats what SVG and graphics are for), but webfonts to show normal text, like “Hello, this is a example of normal text” is not letal, … it only slow things down a litterl, but thats why we have broadband and powerful computers. Still is something I would not do in a search engine, because you want customers with dialup and slow computers.

Webfonts have one “logical” problem that is hard to solve. When the font is downloading… option a) show the original text, then replace the original text by the new one (creates flickering), option b) show a empty hole where the new text will be (the page will be unusable until the font download, if the font download). Nobody knows whats the best to this solution to this idea, yet.

I say webfonts are a good thing, because I love good fonts and we want artist designers to use great fonts on the web, that raise the quality of the web a giganteon. By limiting fonts to a small set (maybe 4 standard ones, … and no, Arial, Times New Roman, Verdana are not standard) we limit how cool the web can look, making the web a bland medium.

Webfonts have many problems but the good balance the bad. In my humble opinion.

If you don’t get the link, don’t worry. Basically, webfonts often break in nasty ways (poor rendering, etc.), and impose on the UI in ways fonts shouldn’t. They are also part of what’s greatly complicating usability for disabled people. You can also have fun* with some browsers, webfonts and high DPS screens.

(*of the “punch yourself in the nuts kind”)

I’ve never found a situation were I’d not be far better off using either SVG or google’s free hosted fonts.

#include “disclaimer.h” I know nothing about either webfonts or SVG. I just found an article solving a “slow SVG” problem by using webfont:
http://frozeman.de/blog/2013/08/why-is-svg-so-slow/

I…sort of prefer the old duckduckgo (i guess no surprise). This new one i’ve had to revert back to ‘old style ui’ or some such, and in general i find it a little slower to respond (which may just be a Firefox issue), but yeah…no. Anything…and i mean ANYTHING that looks/feels/tastes/smells like it has been designed with a ‘mobile device’ in mind just makes me feel stupid to use it, or that i lose some IQ somewhere when i am forced too…

(Please ALL software devs STOP making stuff to fit into Windows 8 ‘aesthetics’, the MOST HATED windows of all time (even worse than Vista), just stop - we are not using fingers on our large screens and desktop/mini-itx powerful CPU+GPU builds)

Anything…and i mean ANYTHING that looks/feels/tastes/smells like it has been designed with a ‘mobile device’ in mind just makes me feel stupid to use, or that i lost some IQ somewhere…

What’s wrong with a search engine taking mobile devices into consideration when settling on a design? Does it make you feel uncomfortable when a building’s entryway is accessible via a ramp, in order to accommodate people in wheelchairs?

It’s just an adverse reaction i have to the whole Windows 8 thing. It’s happend to Avast/Secunia Psi/Comodo/etc etc. And in ALL cases you end up with less functionality in relation to the detail (and ease of access to that detail) of the previous versions that were not ALL about mobie devices and this bad idea utopia were we ALL use windows 8 and touch our screens (so need big blob UI’s to do stuff). Hate it…with a passion (often means i stop using that product if no ‘roll back UI’ option is available). It’s kinda like Marmite.

I’m not being argumentative in this post, I’m just curious: Are there specific aspects of the new site design that you have had issues with loss of functionality and/or usability, or is it the visual appearance of the site you object to?

The site looks great on both my PC and my phone. I’m really glad they added image and video search.

Honestly, I’d just use images there. And, yes, SVG Font is dire, but there are proposals to fix that by allowing SVG glyphs in OpenFont. (Mozilla is experimenting)

I’d use SVG for i.e. big floating text in the middle of the screen.

It doesn’t look like there is a loss of functionality in this case, but it moves to the model of ‘let’s add a lot of whitespace to things’. So long as they don’t start making tiles like every flipping news site out there (nbcnews.com, WTF?!), they’re okay. Though I do find myself using startpage more often.

I’m not being argumentative in this post, I’m just curious: Are there specific aspects of the new site design that you have had issues with loss of functionality and/or usability, or is it the visual appearance of the site you object to?

I’m not being argumentative either :) In relation specifically to the new duckduckgo thing, that is a lesser of the evils i have been talking about. It is JUST a webpage thing, but as Daagar mentioned there is lots more white space and on a desktop environment, and to my eye (and mind) it just looks more ‘simple/stupid/dumbed down’, as that is now the automatic reflex i have developed over the influence of Windows 8 on the world of design. Even the setting to use ‘classic UI’ (or whatever it is) just looks worse than it did originally before the design change. Adding the video/picture thing is fine, but i really don’t like the look of the new main search results lists. Cloud stuff i also hate (for forgetting your settings, never seems to remember mine! but i do use sandboxes etc) in this era of Apple inspired design (yes somehow Windows 8 is like a child with bright markers tried to copy Apple).

I have much bigger beef with Avast, Secunia PSI and Comodo over their ‘mobile focused’ redesigns. I refuse to use the new Secunia versions because it strips away 50% of that softwares functionality for me. These are just some of the software i’ve noticed fall down this path, i’m sure there are others. It’s a plague of ‘dumbing down’ UI’s for small mobile devices that i don’t like not having an option to ignore on my desktop space. It’s like the Star Wars Prequels and the Abrams Star Treks, a sign of ‘end times’ or something ;)

Eh. It looks a lot like google.com which has used lots of white space long before Windows 8.

#include “disclaimer.h” I know nothing about either webfonts or SVG. I just found an article solving a “slow SVG” problem by using webfont:
http://frozeman.de/blog/2013/08/why-is-svg-so-slow/

Rendering text as SVG is seven orders of magnitude wrong*. But rendering SVG to create something like a icon makes a lot of sense, and will be obligatory in a future with wild different DPI and resolution settings.

it works with all browsers, future and past ones, but would look ugly on “resolutions”, because a bitmap can do so much.