There are a few missions which are relatively easy to survive. Playing those on the higher difficulties allows you to farm decent weapons.

Yeah, there are always a couple of gameable missions that let you farm on Inferno long before you “should” be able to. Speeds things up dramatically in the long run.

Right, but then you can’t those weapons on anything except the harder Inferno missions unless you play offline. So sure, you have that fancy new rocket launcher but you can’t use it on 95% of the missions.

I was getting a Starship Troopers-esque vibe (probably from playing a bit of Deep Rock Galactic) and poked briefly at things like Gears of War when I remembered - I have EDF 4.1! And it is glorious! With the upcoming steam sale (and the current sale at humble), is the consensus that EDF5 >> Iron Rain? Enough to justify the 50% markup? Or is 4.1 basically the same since I haven’t finished that?

It’d be hard to go back to 4.1 after playing 5 for me. Being able to chew the aliens up into pieces, shooting off their limbs, and enemy variety is worth it I think.

Iron Rain isn’t bad but it’s also lacking for some reason. Maybe get that one on sale.

I might grab too when it goes on sale.

Yeah they’re all worth having if you love the insane gameplay.

Be sure to try it in co-op too. SO FUN

This, I got 5 to play local split-screen with my boy and it is glorious bug-smashing epicness.

EF 4.1 is on sale on Amazon for $10 right now, so I grabbed it for myself and my three brothers as a small Christmas gift. The 5th game sounds better, but we’ve never played any of these before, and when you’re buying for four…

Of course if you want to get full achievements, skip 4.1 all together lol.

I’ll second or third that it’s very hard to go back to 4.1 after 5. The biggest thing for me is that 5 has a ton more weapons and upgrades. It feels like you’ll go several or more missions in 4.1 without getting anything new, where you’ll almost always get something in 5. Can’t wait for 6!

If 5 was ten bucks I would have gotten us that for sure!

As others have said, 4.1 is fantastic and if y’all love that you’ll get even more enjoyment out of 5.

This game… does not look good.

EDF 5 still have a playerbase on PS4, I would be playing it if not where playing Yakuza like a Dragon.
The great thing about EDF is the endgame, I think, getting op weapons against even bigger op hordes of monsters.

EDF Iron Curtain, I tried recently, but the playerbase was dead.

Theres a new EDF in the making, but is minecraft-y with small voxels. Seems a simplified EDF for kids. I may still get it, but is not a mayor EDF relase.

The voxel EDF I was talking about. 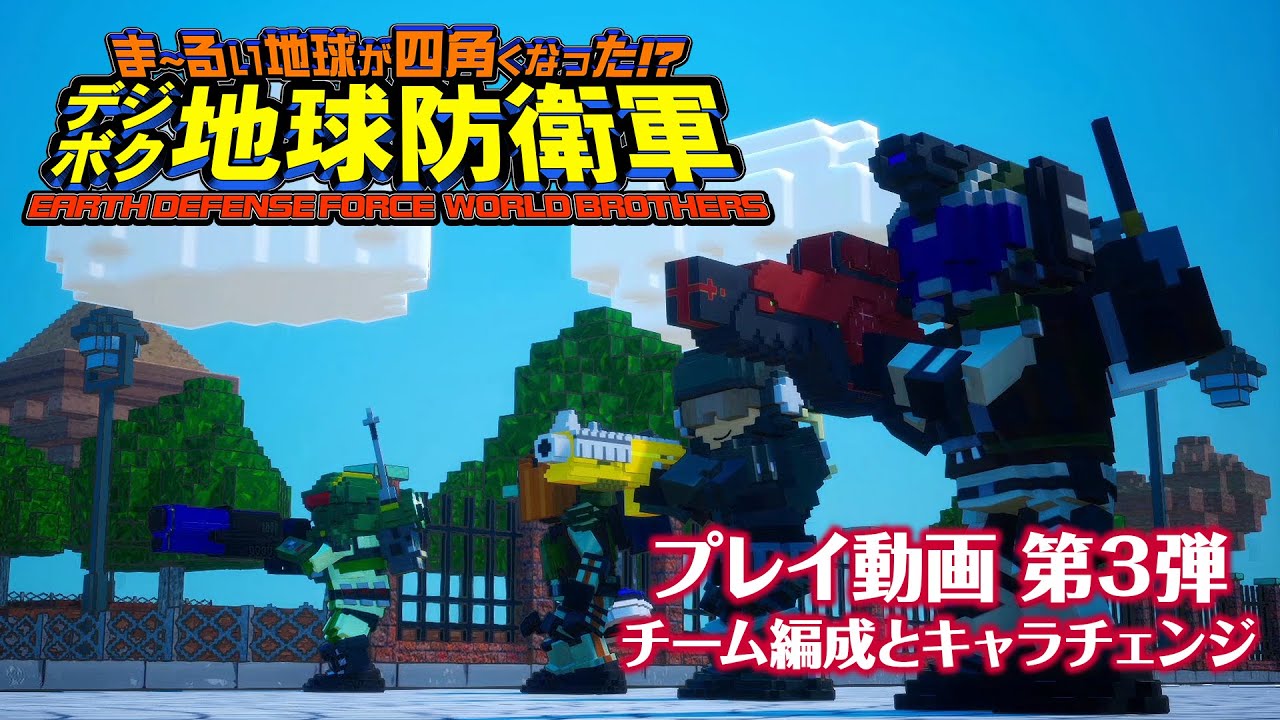