I think Skyrim’s mod scene has pushed it to the point where it may achieve sentience any day.

For about 5 years every time I’ve looked at it I just back out of the thread, scared.

Oh no! My fault. And Requiem’s fault. I totally understand.

If you want to fall forward then try a non-Requiem modpack. The others suggested some. I suggest:

Those are in order of popularity, so Living Skyrim is most popular (10k people on its Discord).

If you were curious enough to try Serenity, then those may be worth a try. They are normal Skyrim with some mods to make it look nice and to play a little more modern. They do not add difficultly. They are not Requiem.

Is there any mod pack that gives some version of Enairim (I think I’ve mangled that badly but I’m not willing to log into Nexus to find the modder’s name),

If you wait until November you can get the new anniversary edition.

Good point. Any guesses as to whether existing mods will work with this AE? I’m envisioning several months of tinkering on the modders part.

It should be the same .exe as the special edition. It’s just the SE with old paid mods included as content. Worst case is everyone would have to wait for the script extender guys to compile a new one, they usually do it in a day.

Is there any mod pack that gives some version of Enairim

This one lets you choose between Enairim and Simonrim. This pack plus True DIrectional Movement is really calling - might wait on their 4.0 update though.

Did Bethesda really remove Steam workshop from Skyrim (and FO4)? I love that integration and now it’s all done through their own site?

The old version of Skyrim still has it. SE and FO4 doesn’t.

Have you used the Bethesda version for SE and FO4 (IE does it work as smoothly as the Workshop)? I’ve been replaying New Vegas & mod tools are nice but it’s still somewhat painful. Thanks. 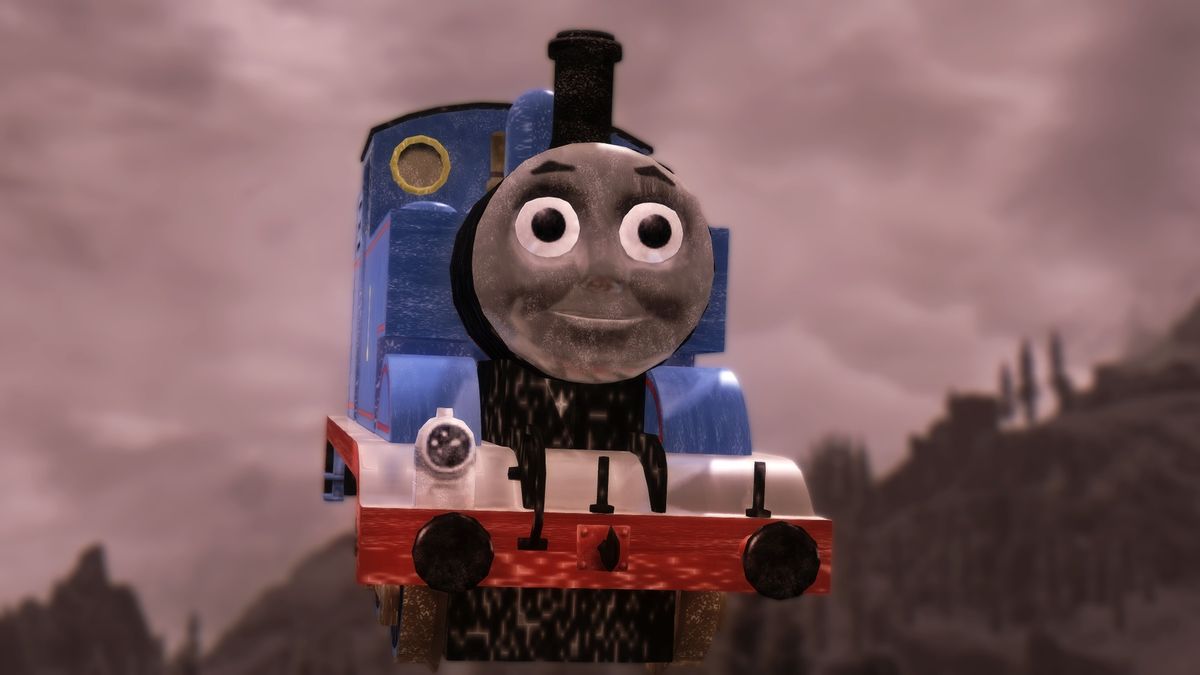 As one of SKSE’s developers explains, “Bethesda has decided to update the compiler used to build the 64-bit version of Skyrim from Visual Studio 2015 to Visual Studio 2019. This changes the way that the code is generated in a way that forces mod developers to start from scratch finding functions and writing hooks.”

While SKSE gets updated shortly after Skyrim does each time, other plugins aren’t as well-supported. “I can probably sit there over a few nights and bang out an updated version of SKSE,” the SKSE developer writes, “but my main concern is for the rest of the plugins out there. The plugin ecosystem has been around long enough that people have moved on, and code is left unmaintained. Effectively everyone who has written a native code plugin will need to do at least some amount of work to support AE. This realistically means that the native code mod scene is going to be broken for an unknown length of time after AE’s release.” 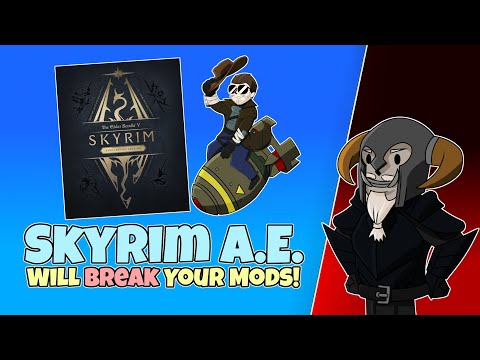 Gopher goes through how to work around having updates break your modded Skyrim. Or what to do if you plan to start a new game of Skyrim in the 6-12 months after the Anniversary Edition is put into the field.

So this is what milking a dry cow looks like. Time to move on to the next game already.

I still like me some super-heavily-modded Skyrim, but I have zero interest in formerly paid mods. But yeah; seems like they’re trying to cash in on the same group who enjoyed Mass Effect LE without understanding some dynamics are very different.

Is this supposed to have the FPS boost feature on Xbox? I just got an Xbox Series S and the option to enable this can’t be selected and it seems to be running at 30FPS.

This seems insane to me :) One hour Skyrim. 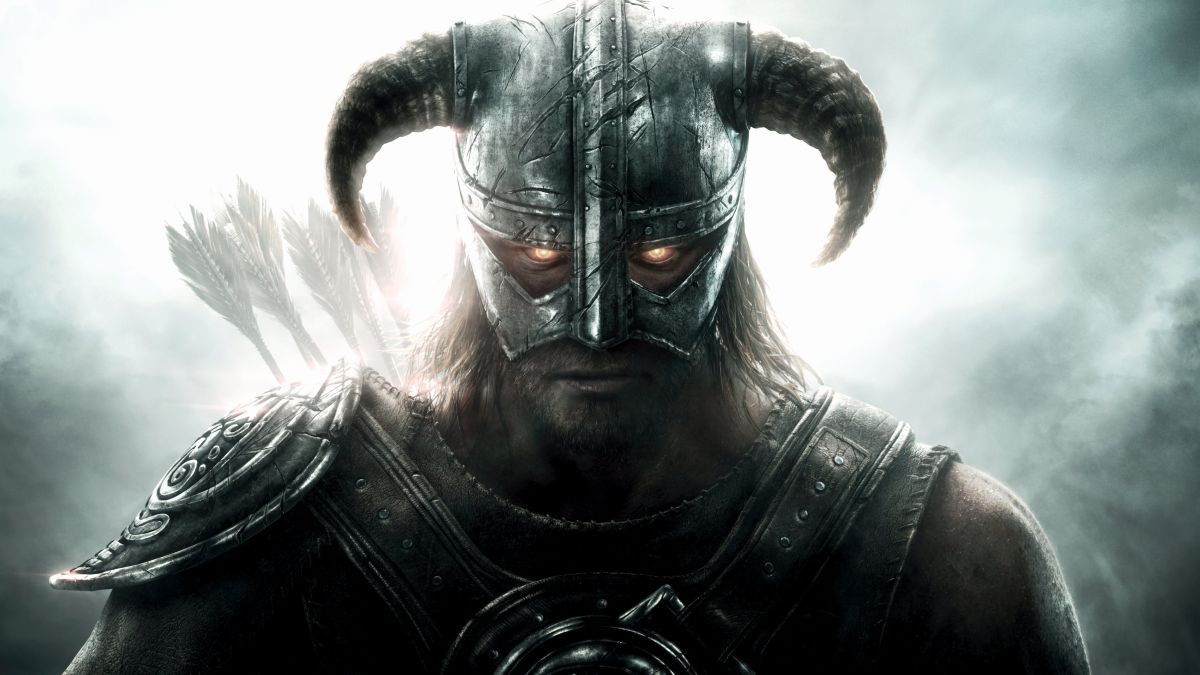 Skyrim speedrunner beats his own world record, then promptly beats it again

Nucular broke his old "glitchless" record after almost a year of focusing on other categories.

This is much more interesting and impressive (to me) than the speedruns that use glitches. And watching it fills me with nostalgia, as well as a sense of sadness that I won’t be able to play the next version since I’m on the PS5. I played Skyrim for about a year, all as one character, in a role play mode, taking advantage of how free the game was in terms of allowing you to be whatever character you chose to be. For me, my character had a sense of morality when it came to the average person that he wouldn’t steal from a poor person’s home. No problem taking from the wealthy. I spent that year exploring every inch of the world (and the DLCs.) Married, and my wife and I spent an enormous amount of time exploring and having adventures. I couldn’t tell you many details about the main story or most of the side main stories, even though I finished them all, but I have vivid images of amazing views and encounters and surprise at stumbling upon something unexpected. I ended up building a house on a lake, adopting a couple of children, my wife staying home to care for the kids, and finally, one sad day, realizing I truly had explored every single inch of the map and going home, giving my kids gifts, going into the bedroom and hanging up my sword and bow and putting my armor in a chest, lying down on the bed, and retiring.

Skyrim and RDR2 and Witcher 3 are in the very highest tier of games I’ve played in my computer/console gaming life, which started in 1980. I think in some way I hold Skyrim above Witcher 3, even though Witcher 3 was so much better in so many ways, especially the writing, because Witcher 3 gave me a predefined character while Skyrim let me truly create my own character in my mind. RDR2 is up there because it also gave me a huge world that is fully alive and one where I am completely free to roam anywhere I want and it rewards that exploration with an almost unlimited number of things to surprise you and capture your imagination.

I know what you mean. I’m sure the next game will be streamable to some affordable tablet or something, for the bereft Sony people.

I agree Skyrim and RDR2 had great worlds. W3 was a little less interesting as a place in my opinion - it had more interesting things happening, but as a physical place Velen was all fairly homogenous. Skellige felt a bit more like the place where just getting around was an adventure, and of course it was itself a bit Skyrim-like. I would put Gothic 3 above it as a place where exploration itself was the adventure, although as a game it had shortcomings. Interestingly (to me :) I’m finding my memory of routes around G3’s world finally fading, despite having known them so well, just as they do of a real place. I feel a bit wistful - that experience built up over hour after hour receding back into nothing.

I loved Gothic 1/2 but never played 3. Maybe I should finally give it a go if I can get it to run.

I think the retro experience holds no fear for you, so why not :)

I think Gothic 1 and 2 were ugly, but Gothic 3 should still look good even today, even ignoring Gordon’s superpower of not being bothered by those kinds of things. (I didn’t play Gothic 3 either, I still consider myself “stuck at the beginning of Gothic 2”).