Minimum cost of entry my butt! HOKAM (that works too) is a perfectly cromulent* way to play, in fact it’s my control scheme of choice for any space game like this. I can be more precise with the mouse, and it feels great sweeping it around to bank / roll the ship.

*this is the first time I have actually used this word, but what the hell

I’ve only tried HOTAS a couple of times, but I don’t get the appeal at all. The throttle hand just doesn’t feel great. In most games, the throttle part (pushing it upward and downward) isn’t used all that often, and meanwhile, you need to press all these buttons. And sure, there are buttons on the throttle, but is it easier to press these buttons on the throttle than it is to press buttons on a keyboard? No, it is not. It’s harder. It’s something you need to train your brain to do. So I much prefer the keyboard on that hand for that reason. I just don’t get why people like throttles.

I could see it being cool if you need to actually accelerate and decelerate a lot, but in what games do you need to do that?

You should see me land a hornet in DCS. It’s like I’m sawing wood.

I could see it being cool if you need to actually accelerate and decelerate a lot, but in what games do you need to do that?

My favorite part of using the hotas is when I fire up Elite for the first time in forever, and accidentally hit the turbo thrust button when trying to reverse when messing up my docking in a station.

I’ve only tried HOTAS a couple of times

Maybe that’s the issue? Were you instantly proficient with the keyboard and mouse?

The benefit of a (good!) HOTAS is having everything you need at your fingertips. These are inspired by the cockpit of fighter jets. Why don’t they use a keyboard and mouse there? Because it would hit you in the helmet if you flew upside down! And it isn’t a universal interface. The cockpit is designed to do one required set of tasks as efficiently as possible.

There is absolutely a learning curve. When someone gets over that, though, you can instinctively do the thing you want. They develop muscle memory and act before conscious thought.

It’s like a car with a touchscreen interface for the radio versus buttons and knobs. They both get the job done. In many ways the touchscreen is more flexible. But in my car where I’m familiar with those buttons and knobs I can change the volume, switch tracks, change stations, and use the cruise control without devoting significant mental energy - or attention! - thinking about how.

Good throttles tend to have buttons as well so it’s quite handy.

So I’m in the Formidine Rift now, it feels somehow spookier out here. I found a system with an unregistered beacon. It just sits there, not broadcasting. Perhaps it broadcasts intermittently, and perhaps the signal is “Stay Away!” but of course I have not come all this way to do that. 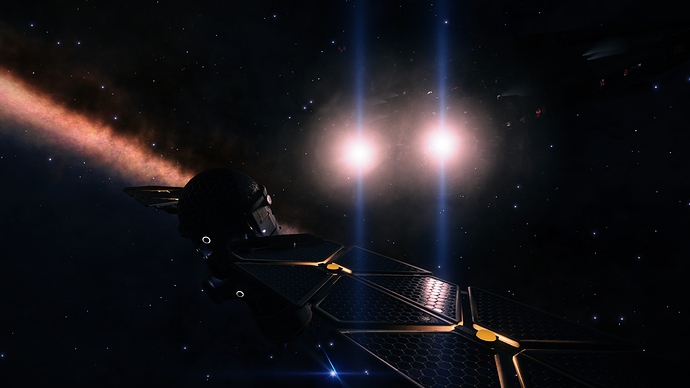 There’s a planet nearby, my scans have detected two sites. One is human. One is “other”. Ominous.

I found the human site. There’s no sun out here, which doesn’t help relieve the tension. The site itself was being circled by three human craft, but the place itself looks deserted. No idea what’s going on, but time to explore. 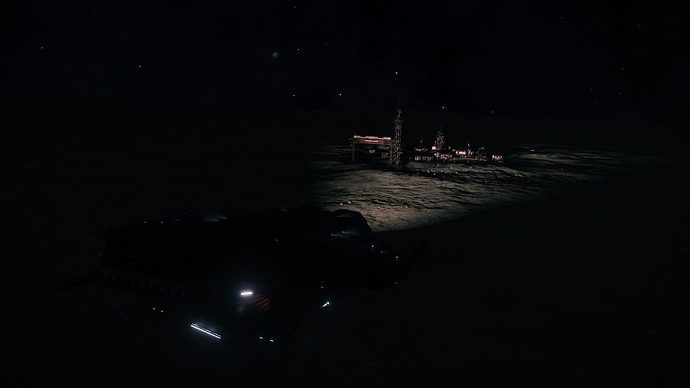 I don’t have dual joysticks, but I do enjoy using the thumbstick on my throttle unit to control translation thrusters. Makes maneuvering in docking bays way easier.

Back in the day, when a joystick was required for everything, I played Descent with HOKAS. It just made sense. I could definitely see playing ED that way.

I played Descent & Descent 2 with an X36 HOTAS, and used the rocker switch on the throttle for lateral movement. For that type of game I think I would want to have yaw and pitch on the right stick with twist for roll, left/right and up/down movement on the left stick, and forward/back thrust on rudder pedals.

Elite is different in that roll is important, so compared to the example above players swap the roll and yaw controls, putting yaw on the twist action. But I’ve also watched videos with people using the left x-axis for yaw control instead. I don’t know what they do for translational movement.

In any case I have two right-handed sticks and no rudder pedals. That may be enough to dink around with a HOSAS setup, but if I got serious about it then I’d probably have to buy additional hardware at some point.

I don’t have dual joysticks, but I do enjoy using the thumbstick on my throttle unit to control translation thrusters. Makes maneuvering in docking bays way easier.

My throttle doesn’t have an analog ministick unfortunately. My joystick does, and it works well enough for takeoffs and landings, but not in combat when I’m waggling the stick around.

My throttle doesn’t have an analog ministick unfortunately. My joystick does, and it works well enough for takeoffs and landings, but not in combat when I’m waggling the stick around.

If you have an X36 HOTAS with USB, you can still use it on windows 10, and it has now become better! Instead of the ministick moving the mouse, it now functions as a joystick.

Its been 17 hours, Commander Krazycroc! Report?! 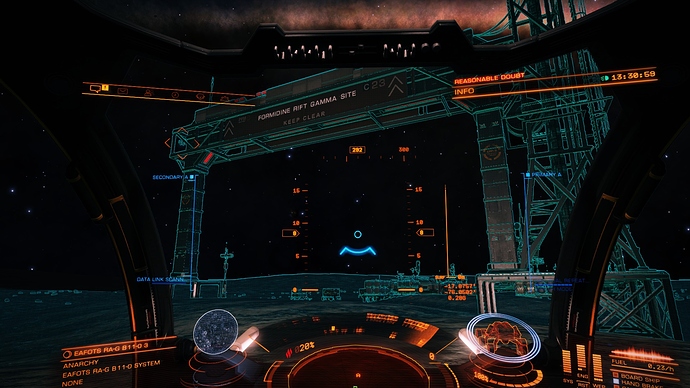 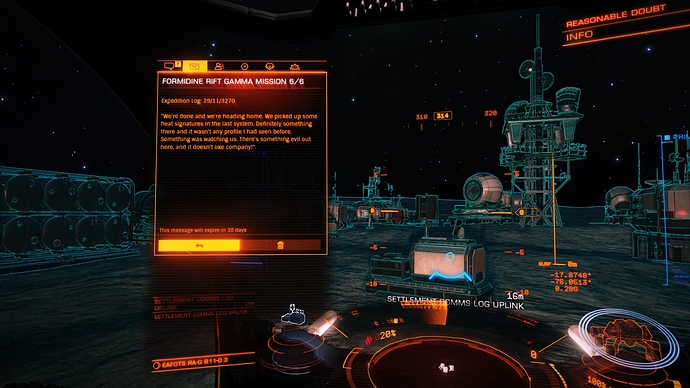 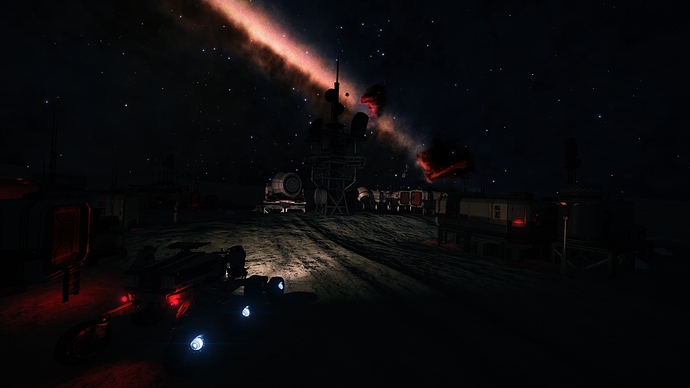 I’m finally getting back to playing ED, working on unlocking the engineers. I’m at the part where I need to travel at least 5K light years from my starting world.

I have only done a little exploring before, and this is my first time really outside the bubble. Do I understand this correctly? If there’s no ‘first discovered by’ label in the description of the objects on the system map, then they haven’t been discovered yet?

That is true. Also map a thing for an extra bonus. You are adding your name to the galaxy map when you get back!