That is true. Also map a thing for an extra bonus. You are adding your name to the galaxy map when you get back!

Grats! If this is your first undiscovered! Its a great feeling! An earth like too is pretty special! Take pics of the system for later I promise you wont regret it. I still love looking back at my old shots.

If there’s no ‘first discovered by’ label in the description of the objects on the system map, then they haven’t been discovered yet?

Yes, but it doesn’t count until you sell your data at a station, so don’t fly into a sun or anything. :)

By the way, look at the description in the left hand panel by clicking on each planet. If it says it’s suitable for terraforming, go and map it! You get a lot more cash that way. I’ve visited a bunch of systems which have been discovered but the terraformable planets were never mapped, cash left on the table.

Grats! If this is your first undiscovered! Its a great feeling! An earth like too is pretty special! Take pics of the system for later I promise you wont regret it. I still love looking back at my old shots.

I didn’t take screenshots of the planets, wish I’d thought of it at the time. I was already on my way back to the bubble when I found this system, so I’m pretty sure it wasn’t my first, but it was by far the best. In addition to the earth-like, there were two water worlds and three high metal content worlds that were all terraforming candidates.

I hadn’t been paying closer attention to earlier systems I visited partly because I was trying to unlock one of the engineers, so discovery wasn’t my primary aim. But truly, for the distance I was traveling I did not expect to find any undiscovered systems. The game has been out for several years, and has a bunch of players dedicated to the task of exploration. I just assumed at this point I’d have to fly to the ass end of the galaxy to find a planet that isn’t already tagged.

By the way, look at the description in the left hand panel by clicking on each planet. If it says it’s suitable for terraforming, go and map it!

I knew about terraforming, but something I didn’t realize until nearly halfway through my trip was that I needed to look at the description in the system map. I was expecting a notification on the discovery scanner’s info screen. So I probably missed a few.

I just assumed at this point I’d have to fly to the ass end of the galaxy to find a planet that isn’t already tagged.

Once you get off the main trade / exploration routes, particularly if you head off the main galactic plane, there are still plenty of undiscovereds to be found. I saw a stat recently that said less than 0.05% of the galaxy had been explored, so they’re not hard to find if you head off at a tangent. On my trip to the Heart and Soul nebulas - a fairly well trodden path - I headed down from the galactic plane about 500 ly and every single system for 95% of the journey was unexplored.

The only planet I ever found (and it may have not even been a planet but a moon) was a bog-standard icy rock. Big whoop.

Are they accepting Earth refugees?

More info about Odyssey. I like the way they’re talking about this, giving players their Neil Armstrong moment. There’s always been a great feeling of discovery in the game, I like that they’re working on emphasizing that in the new content. 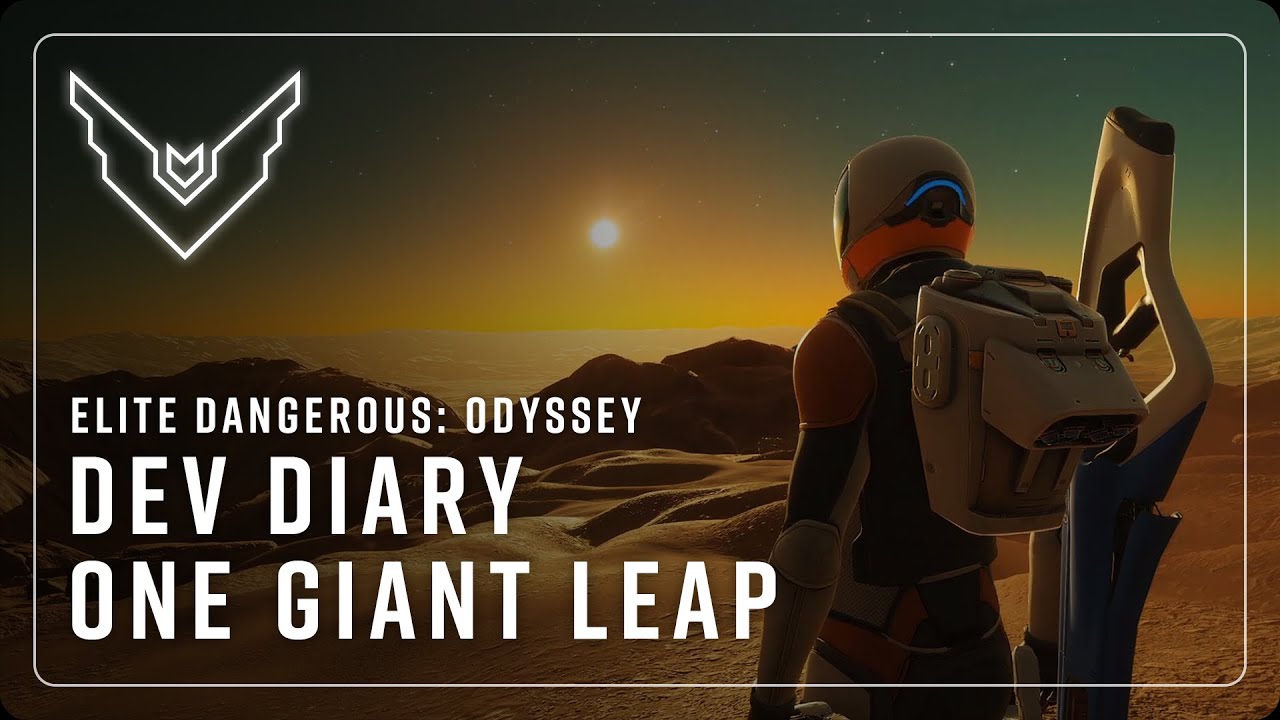 Given how prominent Braben was in the original Elite Dangerous videos, I noticed his absence here. Not involved with this project anymore?

I have my complaints about Elite but I’d still probably pick this up just for the VR experience, but it’s shipping without VR, which sucks. Going back to pancake Elite is not very appealing as it’s one of the most immersive VR experiences I’ve had. Hopefully they add it in later, although I have my doubts. Will snatch it up if they do.

The theme of this game for me has always been “Tantalizingly close, yet so far” and it seems like this expansion is going to continue that for me, the bastards. :)

Given how prominent Braben was in the original Elite Dangerous videos, I noticed his absence here. Not involved with this project anymore?

He’s still involved, just not in dev diaries. I believe he’s doing an intro interview before the livestream this evening that will expand a bit on the dev diary.

That’s good to know, thanks!

I’ve returned to E:D after several years thanks to a new laptop that runs it well. I have a T.Flight HOTAS X which is recognized by the game. But I want to install a custom config file for the HOTAS, downloaded from this compendium:
https://edrefcard.info/list

I pasted the downloaded config file into the bindings folder, but I’m not clear how I am supposed to actually get this particular set of bindings recognized. (There is a default set of bindings for this HOTAS that is different). Any experts around that could help. My googling of this issue left me even more confused. Thanks in advance.

Apparently towards the end of October Frontier will give all Elite owners Horizons that don’t already have it.

Once again the conservative procrastination-heavy portfolio pays off for the lazy investor!

I think I paid $66 or something to get Elite: Dangerous originally, and then another $30 or so to get it on Xbox. My procrastination on getting the expansion did kind of pay off I suppose, but procrastination in getting the original game in the first place would have saved me a lot more! :)

Great stuff. Hopefully will bag a bunch of re-engaged players for them. Horizons is excellent. 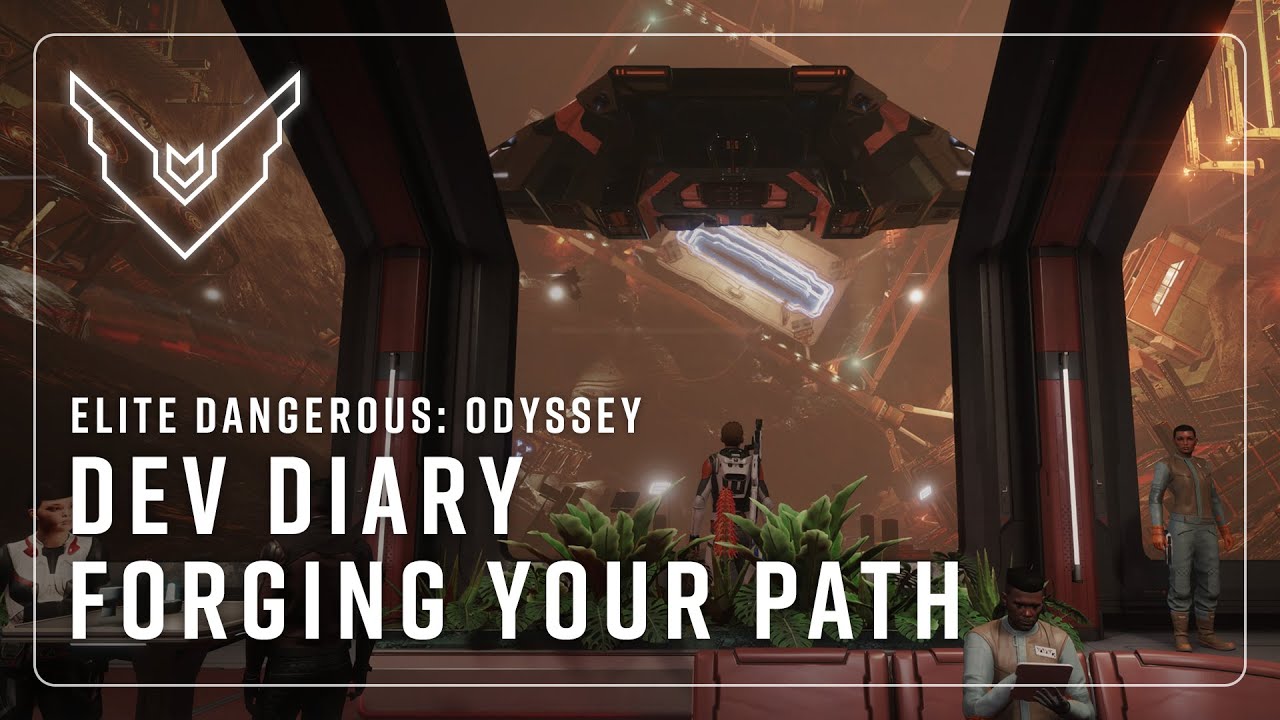 One thing I learned today is that it will support VR just not for being on foot:

Once you step onto a planet, you’re stuck with a regular flat screen