I thought they just came out of a lengthy public beta period!

Public alpha, not beta. And it wasn’t that long.
Not very surprised it’s buggy.

Been way to do busy to play any PC games for months, but I’ve been watching the Odyssey rollout. As a long-time ED fan and apologist, it feels like the game has lost its way.

As someone above noted, ED is really about the cockpit experience and the scale of the universe. That’s where it excels. Instead of space legs, I would have loved to see some expansion of explorable planets. They wouldn’t even have needed to get anywhere near earth-like. Skimming the upper atmosphere of gas-giants. Navigating lava fields in your SRV. Better graphics tech for ice worlds. That all seems like a lighter lift than on-foot gameplay.

Hopefully the dust settles on the performance issues and bugs, but I feel like the time around the intro of Horizons was pretty much peak ED. Since then it’s been a lot of cruft.

I would have loved to see some expansion of explorable planets.

Odyssey did add support for landing on planets with “tenuous or thin atmospheres”. Not amazing, but not nothing.

Oh, yeah. Just seems like more of a half-step than I hoped for after all this time. At least looking at screenshots, it’s some new (admittedly pretty) lighting with crops of derpy plant-life.

I made some aspirational posters for Elite like 5 years ago. I was envisioning non-earthlike atmospheres as the next big step for them in planetary tech. 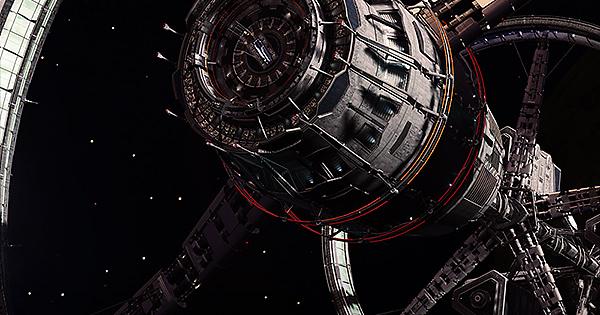 Anyway, I’m mostly a “keep it positive” sort with Elite, but I’m just a bit bummed about it. No Man’s Sky might be the game for my space exploration fix, though I always enjoyed the pseudo-verisimilitude of ED’s universe.

haha those season posters… if only.

I was, let’s say, optimistic.

I kind of nailed the Thargoid incursion though.

Those are awesome posters, though!

Yes they did, and yes they are awesome indeed. Heck, they might come true anyway. I also completely agree with you that those should have been the priorities. Land on rock, Fly through Gas, Land in Atmosphere. Then… whatever.

Not very impressive compared to e.g. Microsoft Flight Simulator’s roadmap. It reminded me of: “… will work from early in the morning until late in the evening. He will make many calls and have many meetings.” :-)

While we are expecting to see specific and targeted performance improvements in the upcoming June updates, we are also aware that development work for console will allow for even larger performance optimisations and enhancements for PC too. Therefore, we feel the best approach for all our Commanders will be to focus our development efforts after Update 5 on performance and the console release, and to bring our multi-platform community together once more, which will also allow us to bring even more global optimisation changes and updates to all Elite Dangerous Commanders.

I guess we’re in the unofficial beta phase until the console launch.

Eh. Asobo are good about transparency on the Sim/World updates, but the whole forum derived priorities list is a bit flattering to deceive if you ask me. Most of the concrete details of what’s going to be patched don’t emerge until after the patch.

I’m getting awfully tired of seeing roadmaps to fixing products that people paid for. Cyberpunk, EU4: Leviathan, Elite, a bunch of others. It’s not like these are online games and the issues are with overloaded servers or something. They’re shipping product they have to know is woefully unfinished and I’m getting tired of it.

If you’ve going to shovel half-finished shit out the door at least have the decency to slap an Early Access tag on it.

I wanted to do exploration before the update, glad we didnt launch on our trip then: everytime I log in to check the state of the thing, I am back at a different place of the bubble. I.ll just uninstall the expansion and see if it keeps messing things up for my default game.

Yes, but did you see the laundry list of fixes in the most recent patches? These guys are not sitting on their asses.

I’m getting awfully tired of seeing roadmaps to fixing products that people paid for.

Isn’t that because people are asking them for more transparency? I mean, a huge list of bug fixes is inevitable for something of this scope, at least now we know how they’re prioritising the fixes. And while I agree that it shouldn’t have been released in this state, I also doubt the dev team had final say in when it was released. There are performance targets to hit! I can’t imagine they’re happy with the situation really.

I have horizons but haven’t yet played it.

I watched the trailer for Odyssey and was underwhelmed. The walking animations look particularly stilted.

Hopefully they plan to improve the quality of the animations over time.

Yes, but did you see the laundry list of fixes in the most recent patches? These guys are not sitting on their asses.

Yes, I don’t blame the developers. Lots of fixes since release, which makes it even clearer that it shouldn’t have been released when it was (again, not the developers fault).

But I do think that the released roadmap only had one a single piece of useful information - that there will be one update per week for the next three weeks. The actual contents of the roadmap? They are doing “many improvements and fixes” (duh) and they will improve the UI (which they had already said they would).

I had expected a bit more when David Braben announced May 25th that a roadmap would be announced by June 4th. Surely this roadmap can’t have taken that long to put together.

Isn’t that because people are asking them for more transparency?

IMO, no, it’s because the of how bad of a state it launched in. For sure bugfixes are going to be required and the transparency is good, it’s the need for roadmaps on how they’re going to fix busted releases that is irking me. Not the roadmaps themselves.

I also doubt the dev team

Of course! It’s on Frontier as a whole, not the developers. As a software developer myself I’ve been in a situation where we were forced to launch when we all knew it wasn’t ready. And when it all inevitably blew up, we were of course the ones putting out the fires and taking all the heat. :) I don’t fault the developers themselves.

I had expected a bit more when David Braben announced May 25th that a roadmap would be announced by June 4th. Surely this roadmap can’t have taken that long to put together.

I had missed that. In that context yes, I can see what you mean. Almost as though someone forgot to do it until the last minute. ;)

I don’t disagree, it is not a happy development. You can understand wanting to appease the community, but then again it shouldn’t need such appeasement in the first place. Too many ambitions meets too many expectations.

Almost as though someone forgot to do it until the last minute. ;)

I have a feeling this roadmap was released in an incomplete state to because management wanted to hit a specific deadline. Maybe we’ll get a plan for how they’ll fix it.

Spent quite some time today in VR with Odyssey testing performance in space and while driving an SRV (not too interested in the on-foot stuff).

No matter what settings I tried, I could not get stable fps. Driving an SRV around Dav’s Hope was very choppy with lots of dropped frames. And this was with a 3090 GPU, a 5900x CPU and the HP G2.

Then I restarted with the Horizon client and got almost 4x fps with the same settings.

Distinct lack of sales numbers on Odyssey in this trading update for Frontier. Normally they like to include them.

Also, the F1 management game has been delayed by a quarter or so