Picked this up due to @Paul_cze comments and screenshots. It’s been excellent so far. It’s hard to fathom that this is a non-commercial endeavor. I am 15 hours in now and would pay for this.

Yeah, essentially it is the game Skyrim should have been, if only, well, reasons.

It really isn’t - Its a great game, but so is Skyrim.

Lets try not to get bogged down in fancy internet smackdowns and one-liners here as well.

Yeah it’s not really, Enderal is great especially after 10 years of Skyrim, it’s nice to have something that’s new but very similar.

I have like 1200 hours in various versions of Skyrim. I love it. But Enderal is a lot more cohesive and builds a more coherent world I think. Naturally, TES imposes its own convoluted logic on things, but I stand my my (mere opinion, mind you!) that in terms of concepts, coherency, and overall structure this total conversions is the better game.

That being said, it could not be such a thing without there first being Skyrim, so in the end, Bethesda’s creation is the Ur-source anyhow, and a masterful piece of work. Skyrim is IMO one of the single greatest games ever released.

I finished Enderal few days ago. It took me a moment.

I loved it, right until the end. That is, including the end, eventhough it is not exactly a…happy ending. It actually hit really hard. Speaking with Jespar and Arantheal broke me a little, before I destroyed the beacon.

I enjoy Bethesda games. I like them, and yes, without Beth’s engine and awesome tools, Enderal (or equally brilliant Forgotten City) would not exist.

But for me, as a game - as an experience - Enderal is better than any Bethesda game I played, and I played them all since Morrowind. Because no Beth game, as much as I enjoy them, actually managed to make emotional impact like this.

After finishing it, I went and watched the trailers released by SureAI. I must say, I am glad I never watched them before. They spoil a LOT, and eventhough without context you don’t exactly know, there are some location surprises that I thought were really cool when playing, and the trailer spoils some of them.

I am considering buying the Dreams of the Dying book, although I am not sure if I have it in me to read 700 pages in English.

Also, those of you who played Enderal release version and not the Forgotten Stories version - if you enjoyed it, I would suggest a replay. I just checked what the expansion added, and actually probably three of my favourite questlines in the game are all from the expansion.

Do not ignore the arena undercity fighting quest.

Picked this up due to @Paul_cze comments and screenshots. It’s been excellent so far. It’s hard to fathom that this is a non-commercial endeavor. I am 15 hours in now and would pay for this.

I am glad to see people trying it out. It took me years to finally do so and now I wish Enderal had the kind of mainstream recognition Skyrim has. 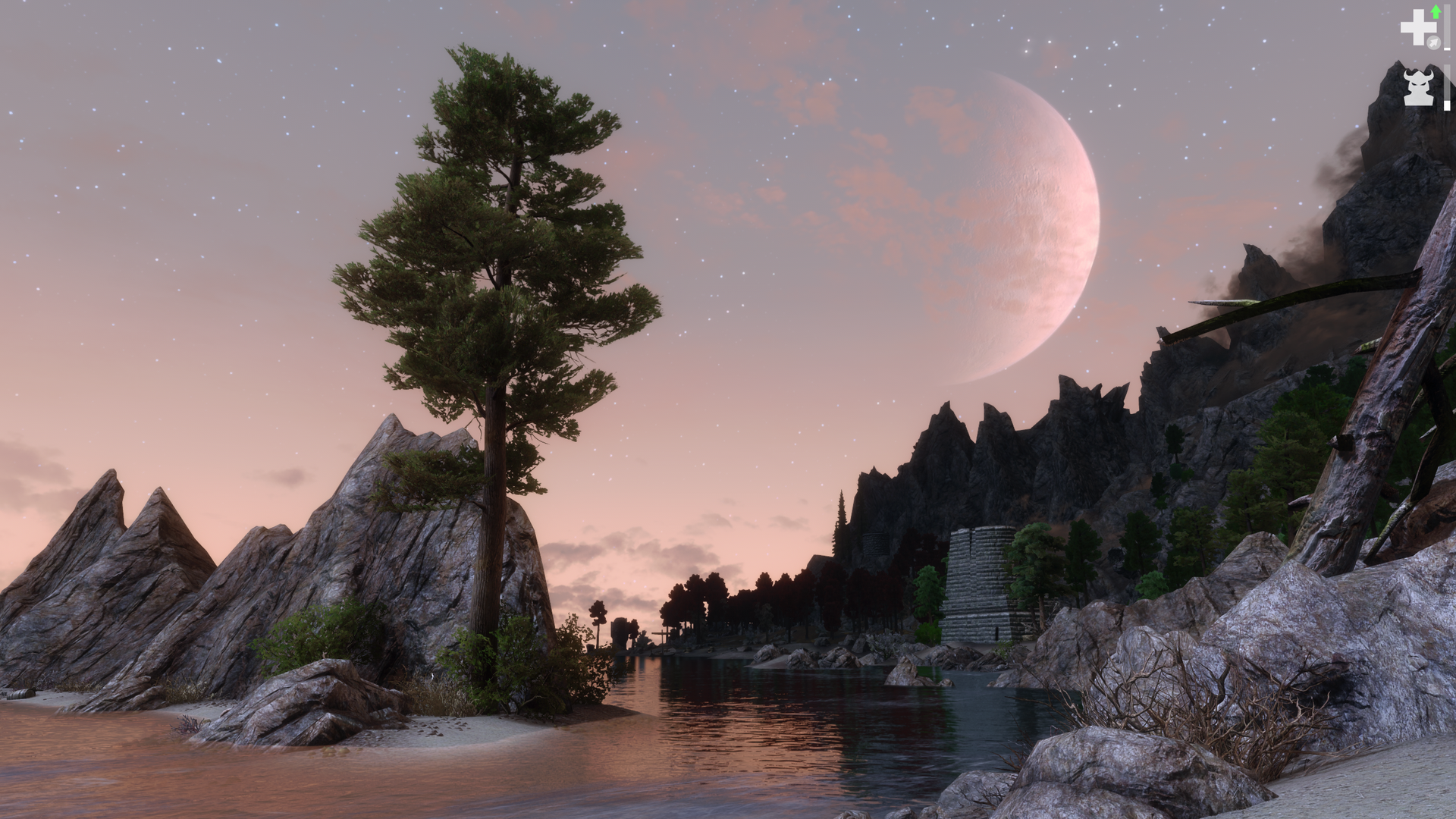 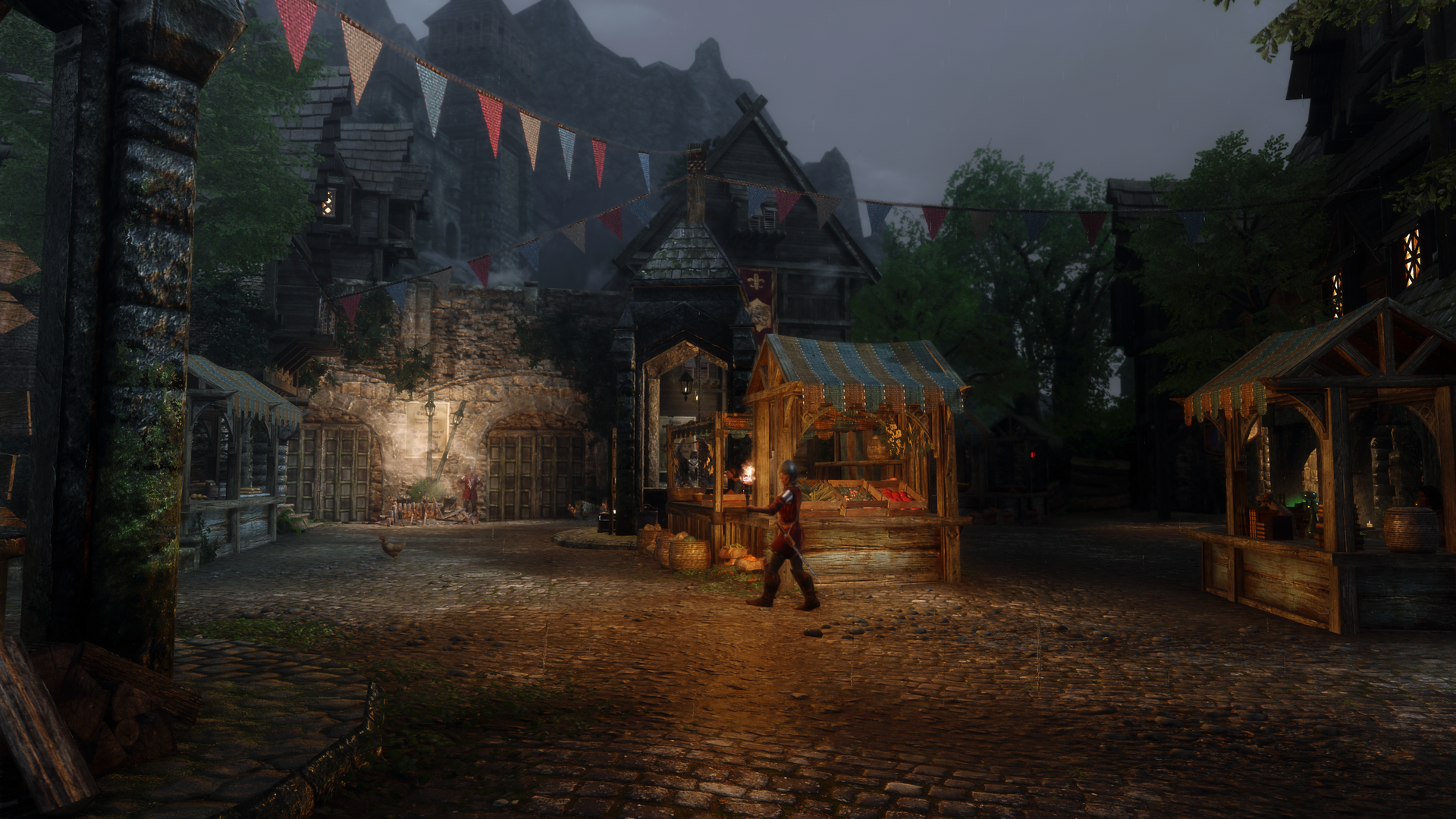 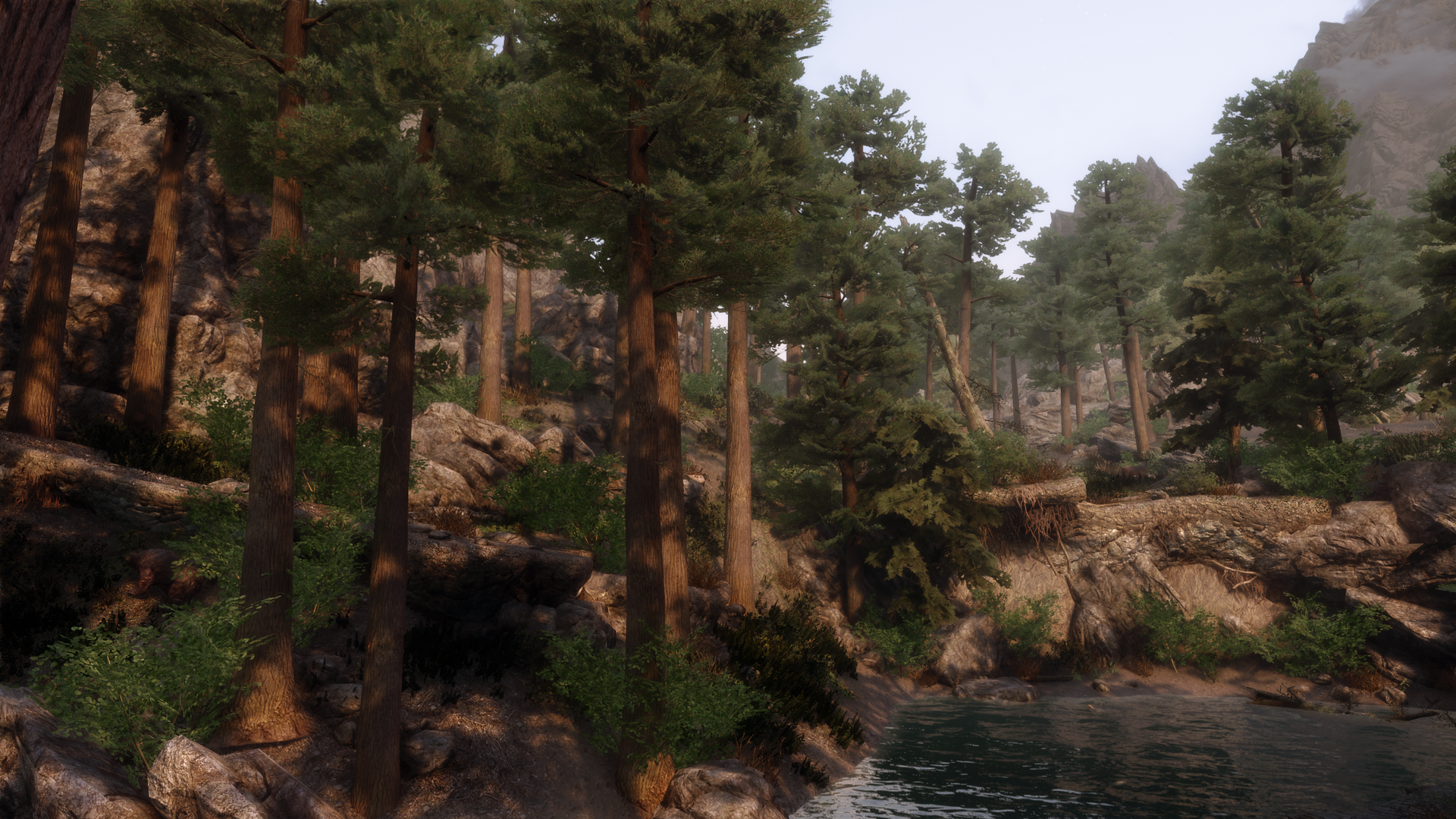 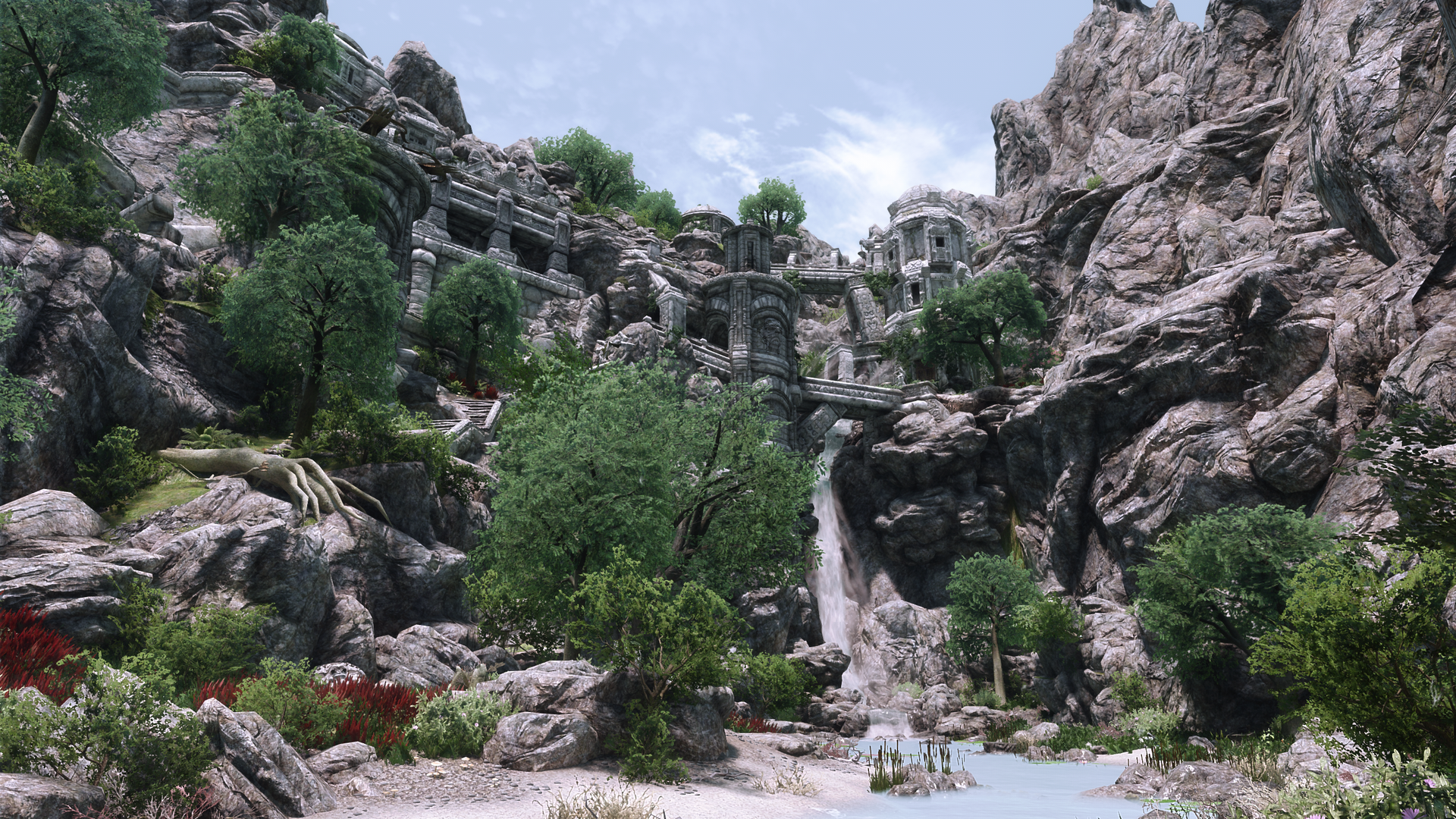 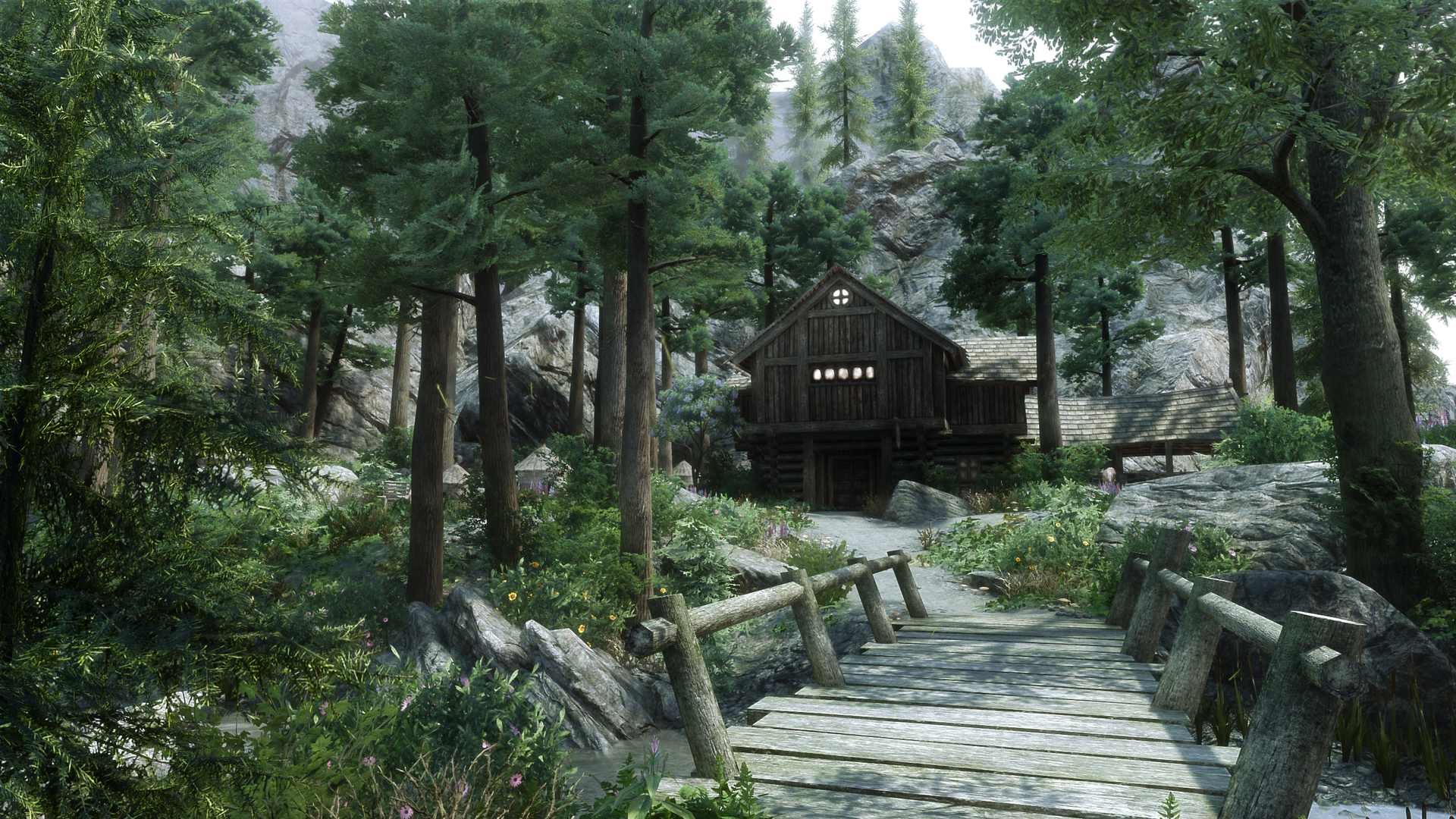 Awesome to read - Sounds like we are on the same page here! I don’t mind other games being great, or even better than Skyrim - I just see a lot of unfounded drive-by-posts “Skyrim is baaaadd” in mainly other places, and it saddens me. But then again, most things on the internet does so these days, so it was awesome of you to make the post you did @TheWombat - Thanks for that!

If I someday can tear myself away from Conan Exiles, I will have to give this a serious try - but I do find the beginning quite difficult!

I tried Exiles, and found it interesting, but never got too far in it. Should give it another go.

I thought Oblivion and Skyrim were pretty poor (empty calories) but I enjoyed Nehrim for all its incredible jank and am looking forward to Enderal when I get a chance.

I thought Oblivion and Skyrim were pretty poor (empty calories) but I enjoyed Nehrim for all its incredible jank and am looking forward to Enderal when I get a chance.

That’s a fair cop, though I disagree. I started with Arena and Daggerfall and found Morrowind, Oblifion, and Skyrim to be pretty much fantastic experiences partly because of the improvements over the first two games. While none of them have great stories or particularly satisfying combat, the combination of exploration, world building, and sheer variety of stuff and “roll your own” opportunities make them more of a nourishing meal for me :).

You do not need Legendary edition (the DLCs are not needed for Enderal) but I do recommend Special Edition, which can be had for some 10 bucks on steam key sites now that the steam sale ended.

In the last hours of the Steam sale I bought Skyrim, a game with a terrible story and completely unlikable characters for the 4th time. @Paul_cze is completely to blame for this. I had tried Enderal a few years ago, but on my older PC and the non-special edition of Skyrim. It didn’t really run that well and I bounced off it pretty quickly. Now that I have a better set up, and seeing all those pictures with the ENB made me want to give it another shot.

I set everything up and went to test it out for a few minutes, only to end up playing for 11 hours. Ended up stopping at Ark which is a pretty massive city. About 20 hours in at the moment, still really enjoying it. The beginning was pretty rough though, the game isn’t afraid of killing your ass. I could barely handle one enemy at a time and the game was throwing three at a time. Doing a bit better now that I have some Psionics/Entropy skills, but I started as Phasmalist, which wasn’t the best decision. Hopefully I can find some better souls to use, the one I have now dies quickly which increases my arcane fever quite a bit. Psionics has been really cool though. You can combo skills together and really devastate enemies. Tons of content in this game, really loving it so far.

Yeah Enderal is pretty meaty. Progression is very different from Skyrim, too, which takes some getting used to.

Ok out of nowhere my game is crashing if I go to the Map screen. Can’t seem to see anything about it anywhere.

Anyone have any thoughts, it uses a Paper Map mod integrated and no way to change it.

Hopefully I can find some better souls to use

When you hear a kind of whispering, that means a soul is nearby, usually on some skeleton or something

I played elemental mage, but near the end of the game I unlocked some phasma skills and got the souls quest…and being the OCD sucker that I am, I went and found all the souls (with a guide) just to have my questlog clear before ending it :)

I am glad you are enjoying it, at 20 hours I suspect lot of the best stuff is still ahead.

Ok out of nowhere my game is crashing if I go to the Map screen. Can’t seem to see anything about it anywhere.

Wish I could help, but I don’t think I had a single crash in my playthrough. I would try the usual, reverifying game files, recreating config files, reinstalling.

Yeah removing the steamin ENB made it go away. The weird thing is it was working fine and nothing has changed

Their next game seems a bit different.

What is it, like Euro-Huck Finn? Which, actually, is kind of great.

Finished Enderal after 120 hours, still have a bunch of side content I can do too. Amazing RPG, loved just about everything about it. Characters I actually like unlike vanilla Skyrim, that have their own histories and goals. The main storyline was pretty strong and optional side content tended to add to the main story instead of just being filler. OST was pretty great too. Always love a game with an inverted difficulty curve. You start off getting your ass kicked and by the end you are just decimating enemies. Entropy and psionics were cool, phasmalism kind of sucked since your summons do everything in their power to get hit by your magic and die.