Surprised the Epic Defense Force hasn’t shown up to defend Epic like they did earlier in this thread.

Apparently this is a real thing, I googled a gif for it!

the real issue with the Epic Game Store is that I have a steam deck, and if I am choosing a store to buy from, Steam gets the first choice, just so I can have cross saves possible.

You can use cloud saves on Epic with the Heroic launcher.

Aren’t those the guys who shoot giant bugs? 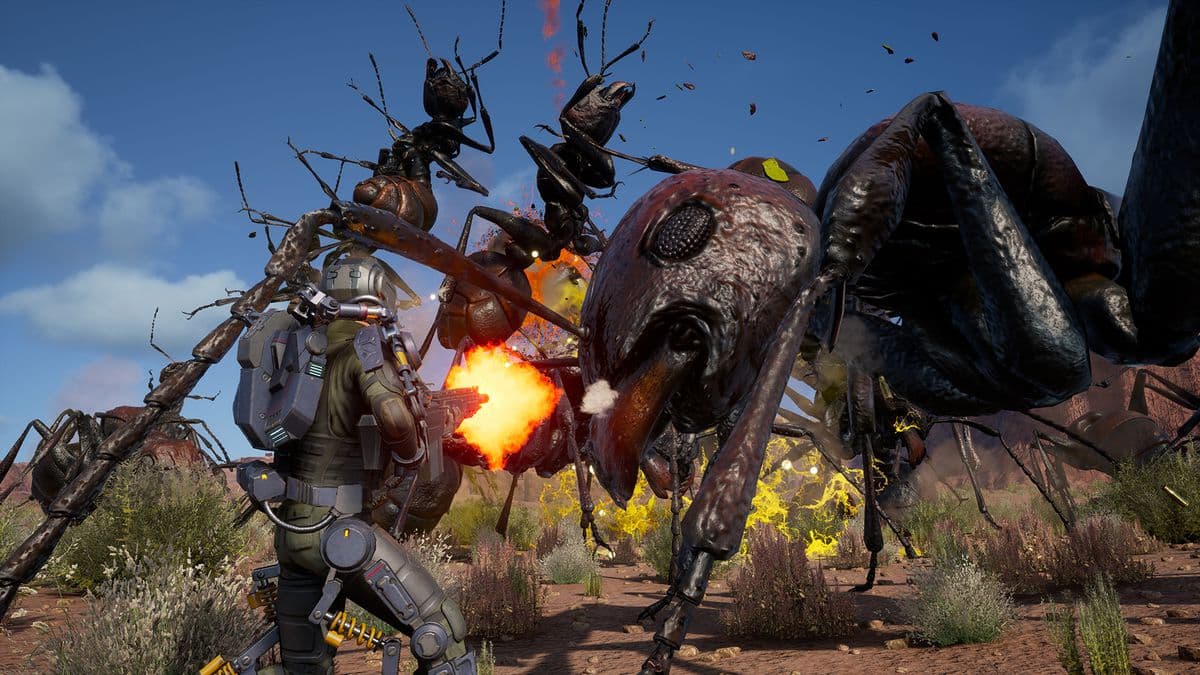 I could probably fill that role, but there is really no need. There is nothing really wrong with the statements being made about it so far - its still nice to have competition, and Epic Store do fine for me.

To save our mother Epic from any online attack
from vicious steam fanbois who have once again come back
we’ll unleash all our forces, we wont cut them any slack
the EDF deeeeeplooooyyys!

I could probably fill that role, but there is really no need. There is nothing really wrong with the statements being made about it so far - its still nice to have competition, and Epic Store do fine for me.

While I agree that Steam needs competition, I really wish that competition had come from a company that would have put a little more effort into it.

Epic seems to have shown us pretty much everything they’re going to do. I’m awaiting the next contender. Not holding my breath.

I mean the minimal effort store bit is pretty much cribbed from Steam’s playbook so maybe given another couple decades it’ll be basically caught up?

Rumour on the street is that the Earth Defense Force store is doing a round of daily giveaways leading up to Christmas starting around the middle of the month so I’m trying to hold off buying anything lest it immediately turn up among those just to spite me.

They have done that for at least the last two years, so wouldn’t be surprising.

While I agree that Steam needs competition, I really wish that competition had come from a company that would have put a little more effort into it.

Giving away all the games they’ve given away counts for effort. I guess the storefront could be better but the free games are really nice.

To me, giving away games is just throwing money around to gain goodwill.

Whereas, yes, the way they dealt with their own storefront appeared to be lazy and half-assed.

I mean, I don’t know what was going on behind the scenes there, but this is how it looked to me.

Maybe spend less money on freebies and exclusives, and more on the end-user experience.

Look; they’ve already incorporated the vaunted, arcane tech of a cart and achievements after a few years of research – what else can one reasonably expect? More seriously, their roadmap is fine but Valve has their hooks in me thanks to the built in workshops for games, easy connection with friends, and MUCH less resource-intensive library. I mean, I have over 1200 games in Steam and I can enable whatever display mode of my library and it fluidly displays thumbnails and what not.

I expect those items can and will get eventually added, although creating a new mod scene inevitably leads to “drama” in my experience and so I expect Epic’s workshop version to be relatively light in content.

maybe given another couple decades it’ll be basically caught up?

Sure, if by 2042 EGS works as well as the competition (and buying video games is still something people do) I’ll be happy to buy from them. But I think they want to sell games now.

Personally, I’d rather they force me to open up powershell and run

every single time yet continue to give out free games. In fact, I’d prefer free games to anything short of physically coming to my house and kicking me in the testicles. Titty twister is debatable.

In fact, I’d prefer free games to anything short of physically coming to my house and kicking me in the testicles. Titty twister is debatable.

Have you played many of those free games?

I have 320 games on EGS and played maybe 7 of them (and three of those I purchased with coupons).

I am picking up what they give out, but the probability of a game that I want to play being given out has been about 1-2%.

Golly, no. It isn’t about playing games, it’s about gamecount++.

I have 320 games on EGS and played maybe 7 of them (and three of those I purchased with coupons).

That’s probably true for me, too, but it’s a me thing. They’re giving away quality games, not just crap. My play rate is about the same for my Steam collection—the numbers are just bigger for the numerator and the denominator! I agree with Stusser; the biggest thing that any game store/platform can do is give out good games. Why else have a store? Of course, it would be good to have good UI, too, but all that is secondary to (free) games.

Maybe I’m an outlier, but I generally do play the games I buy on Steam because I’m paying for them. The only time I never fire up a game on Steam is if I got it in some bundle or giveaway, so again, it’s when a game literally has no value to me.

I’ve got a little higher %. Of the 291 games I have on Epic I’ve played 22 of them and by played I mean put at least 1 hour of game time. There are probably another 30 that I would like to play but I’m a bad gamer who doesn’t get a ton of gaming time each week and spends all of it on either Rocket League or Call of Duty.

I should add there is probably another 10-15 games or so that I got for free on Epic but haven’t played because I already owned and played them on another service.