Looking back, remember when Valve changed how their % of profits is taken from games that sell more than X? People complained it only was an advantage for big games, indies wouldn’t have a reduced %.

At that moment I thought it was Valve reacting to publishers using more and more their exclusive stores (ie. Bethesda released its games on their launcher only, Ubisoft doing possibly the same in the future…) but now I think it’s much more possible that they had private info of what Epic was preparing on the months before their announcement, it was a play directed at them.

I understand your reasoning but what of the possibility of a “killer app” that would get you to switch?

That’s an interesting question. A killer app would be enough to make me buy a game console, but not switch PC stores. In my case, I’ve had the Epic Launcher for years already because I played Paragon and Fortnite (the PVE version, a year or two before the Battle Royale thing existed).

I don’t think I’m looking for a killer app because I already have it installed. What I need is a reason to change habits on where I go to shop for PC games. Right now Steam has years of momentum Epic will need overcome. Their shopping experience will need to be better, either in terms of features, ease of use, or pricing. Likely some combination of the above.

When I checked out the Epic store a little while ago, I couldn’t found out anything about the games from the store page. It looks nice, but there was no info. I was looking at Ashen and wanted to know about the game. I wanted to know if there was multiplayer or coop, stuff like that. Epic store gave me none of this information. Thankfully, I was about to get all that from a glance at the Steam page. That’s a problem.

After that, I need features. Steam Workshop is a godsend for a guy who loves mods. I can easily see if a game supports it, I can browse and discover the mods, and I can install them AND keep them all up to date with ONE click. I also get news/updates for not just the game but all the mod authors in one place.

Right now Epic doesn’t offer me these things. Paying a developer to keep it off Steam is basically just holding it hostage from me. It’s just a game so it’s not a huge deal, but it doesn’t make me want to shop there. If there’s a game I REALLY want I’ll bite the bullet and pick it up, but it’s not going to be my go to shop too browse and buy stuff until they offer a better experience to Steam. Maybe they get there, but they’re a long way away from it right now.

So you guys, Genesis Alpha One is out today, and it’s really, really good.

but now I think it’s much more possible that they had private info of what Epic was preparing on the months before their announcement, it was a play directed at them.

I thought that was totally obvious at the time? The delay from Valve reducing the cut to the announcement of the Epic store wasn’t months, it was three days.

but now I think it’s much more possible that they had private info of what Epic was preparing on the months before their announcement, it was a play directed at them.

I thought that was totally obvious at the time? The delay from Valve reducing the cut to the announcement of the Epic store wasn’t months, it was three days.

I thought it was a few weeks, I didn’t make the connection at the time.

For me, my tolerance for multiple platforms is at about 3

While I’m not as strict as you I recently hit my tolerance this year.

For a long time I openly celebrated and supported Steam competitors and purchased widely across platforms. My GOG library rivals Steam, I embraced Uplay and Origin before most PC gamers did and I actively used the Windows store due to Xbox cross platform support. Among other clients like Battle.net.

Then recently I just hit a wall. Even before the Epic hijinks I started focusing my gaming and deleted the useless Bethesda and Epic clients from my machine. The overwhelming nature of my bursting at the seams backlog was a huge factor. I have so many unplayed but celebrated games on Steam and GOG alone it is mind numbing. I NEED to spend time with those.

I don’t need to keep adding clients for more games, as amazing as they are. So my personal concern with the Epic store is that it is competing with my corpulent backlog.

But anyway, Epic is into something here. Valve has relied too much into automation and having devs having to bend to their will. This is the first serious competition they face, as we can see because of the changes to the TOS. Epic is courting devs one by one, contrasted with Valve’s broad strategy of offering a service but not really dealing with devs individually, and I suspect in a year or so the median and average title in the Epic store is going to pull much more money than those of Steam. Whether that’s enough to break the monopolistic advantage Steam has I’m unsure.

Well, duh, yeah, of course. Epic is cherrypicking. Do you really think Epic is going to list thousands of games like Steam does? There’s no way Steam could work “individually” with thousands of developers, they just don’t have the manpower.

The face gets stuck that way when the arm is in a permanent back patting position like that.

I’m glad I wasn’t drinking my tea when I read this :)

Well, duh, yeah, of course. Epic is cherrypicking. Do you really think Epic is going to list thousands of games like Steam does? There’s no way Steam could work “individually” with thousands of developers, they just don’t have the manpower.

You are missing my point. Nobody cares about the thousand indie devs in Steam (certainly Valve doesn’t and Epic doesn’t seem to either).

If Epic can manage the manpower to cherrypick, say the 50 most profitable games each year, that hurts Valve’s profits hard. They will have to start dealing individually with the bigger/successful devs, something they seem to be failing at.

Awww man. I love the explore part obvs but but it seems a shooter at heart yeah?

I think at this early stage its moneyhats rather than manpower. Which may or may not be sustainable.

Also, I’ve yet to have a game appear exclusively on one of Epic, Origin, Windows Store, whathaveyou, that I felt the “must have” urge for, so there’s that, too. I mean, I own some games on those platforms, but I’ve never actually installed and played 99% of them so haven’t needed the clients. Well, until the Anthem demo this last weekend. I’m probably an outlier though :)

It’s both! You land on planets to find stuff and resources!

So I get to have sex with the aliens? Interest rising.

sex with the aliens? 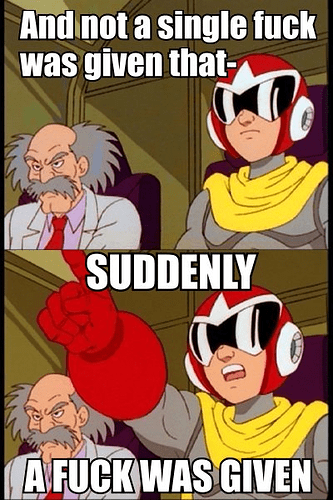 So you guys, Genesis Alpha One is out today, and it’s really, really good

Looks like it releases in January 2020, I have no problem waiting. :-)

Whoa whao, all kidding around are you for real? If so I am in.