Whoa whao, all kidding around are you for real? If so I am in.

Kinda sorta. I guess if you imagine the rover stuff in Starflight as a first-person shooter, it’s like that. Kinda Deep Rock Galacticey.

Also @BloodyBattleBrain was making a joke and I was trying to show him why it was a poor joke because every similar space game doesn’t come from Mass Effect, but from Starflight, and that he should get off my god damned lawn like the amateur he is. ;)

I’m surprised you don’t think I’m used to it at this point. ;)

It took a while to get into it however, because it wouldn’t start properly for me - I couldn’t select a corporation to represent at mission start, as the list was empty.

This would have been a great moment to go to the game’s community hub and ask if anyone there had seen a similar issue, but… you know.

Epic are not the hero we need.

From the perspective of a games developer - a lot of people shop Steam. Epic games will need considerably more marketing to make the same sales, unless Epic can convince Fortnite players to shop Epic.

I bet dear ole Gabe dreams of having the foresight attributed to him and his evil empire.

This thread is impressive, the amount of sound and light generated over something of so little consequence is fun to read.

Back on topic I bought Genesis Alpha One off the Epic Store and I am PROUD. Suck it haters!

More seriously tho
Negatives:
Its pretty janky in places, like downloading stuff. If your telementry isnt accurate then I wouldnt bother showing it Epic. Also although offline is potentially superior than Steams (IE: Its permanent until you change it) it just actually means “DRM free and you put a command line to skip the launcher in your desktop shortcut”. Which hey fine for me, but pretty unusable for a large portion of customers I suspect.

Positives:
Much less bloatware vs steam. Purchasing was easy. One click a simple cart. No being spammed by whatever the latest list or algorithm or random new GUI element Steam is trying. Of course its a lot easier to write clean feeling software when you only have a few dozen games vs thousands.

Much more professional & clean looking. Genesis Alpha One was a pleasant experience and I could easily get into the vibe the artists wanted from the store page. This is more elegant Apple style and much less Amazon style. Your tastes may vary I prefer the former for lifestyle purchases like this (“will I dig this thing?” and Amazons style for consumer products “is this thing gonna work?”.

Much more professional & clean looking. Genesis Alpha One was a pleasant experience and I could easily get into the vibe the artists wanted from the store page. This is more elegant Apple style and much less Amazon style. Your tastes may vary I prefer the former for lifestyle purchases like this (“will I dig this thing?” and Amazons style for consumer products “is this thing gonna work?”.

My problem is the lack of info. Yes it looks nice, but is this a solo game? Coop? Does it support a gamepad? What languages? It tells me nothing I want to know about the game.

Steam helped make at least part of the Web feel relatively organized, tidy and sane. I’d hate to see that become fractured and spread all over the place again. :(

Yeah that’s the price of a custom store front for each game. It doesn’t give you any of that if the developers dont put it in.

ymmv on whether thats a good thing or not.

There’s no reason we can’t have both. They have a section for system requirements, they could have a section down there that the developer needs to check some boxes. As it is, it’s like shopping for a monitor, getting a very attractive website, but no information like refresh rate, FreeSync, panel type, etc. I appreciate an attractive page, but I need info.

I agree. I am going to push the aesthetic side of the argument more than warranted here, but musing out loud really rather than believing it. So I wonder would we hold a book cover or movie trailer or music album to the same standard? So key features like say bpm, number of characters, running time are not typically listed at the point of sale.

But I think you are right, we can have both.

But if I’m shopping for a movie or book? I’m presented info such as: movie trailer, plot summary, rating, film run time, cast, and director. Maybe even a Rotten Tomatoes score. For a book, I can see the number of pages, hardcover or softcover, the reading level, etc.

Every time I’ve looked at the Epic store, I had to go look elsewhere for the info I need. It’s easily solvable, but to me it’s another indication that Epic is putting little thought or effort into wooing me the customer to the store. They take away forums and user reviews because it’s good for developers. They offer a better cut because it’ll lure developers. They offer money to developers to lock their games behind artificial exclusivity.

I admit it all irks me more than it probably should. I do think competition is great and I love that the developers are able to get a larger slice of game sales, but I hate the way Epic is going about doing this. If they wanted to go the exclusive route, I would have preferred that they provided the financial backing to some projects and publish them instead of bribing developers to pull their game from other storefronts. Storefronts that for me personally provide a better experience and a bunch of added services I get a lot out of (forums, Workshop, etc). 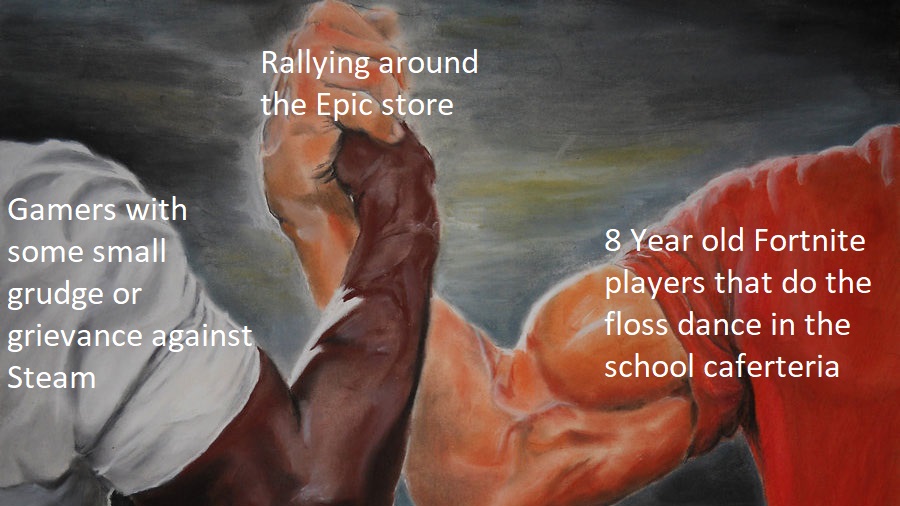 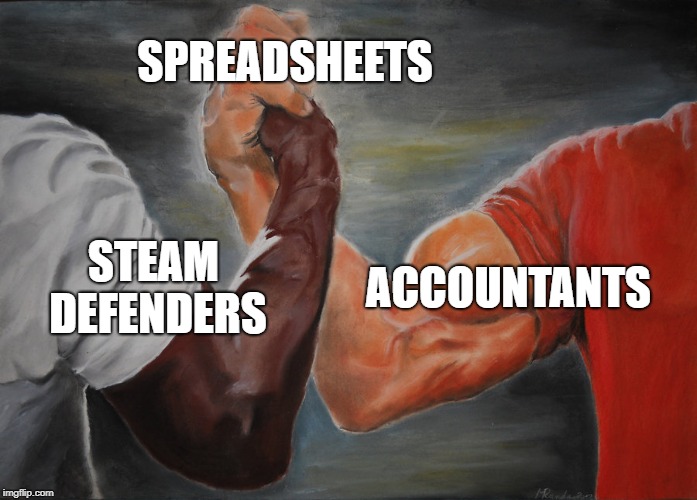 I just bought Metro Exodus from the Epic Store. It was super simple, and $50 for a AAA title in 2019 is reasonable.

I ordered Division 2 on Uplay, Anthem via Origin Premier, and recently Edith Finch on GOG, and Sea of Thieves on the MS Store.

Honestly, I don’t care if I have 20 game stores. I never browse any of them to go window shopping. I read about a new game coming out, and if I want it, I find out who sells it for the best price and go buy it. More often than not, I buy a key from cdkeys or GMG and then redeem on the relevant platform.

I do tend to only run Steam at boot, because I have friends in there, but it doesn’t make me more likely to buy from Valve. I mean, I understand that some people care about this, but man, life seems too short to fret about where I’m buying a PC game.