Euro 2016 kicks off next week on June 10th hosted by France.

Germany are arguably the strongest team in Europe but you can never discount the Spanish. Belgium also are currently the highest ranked European team in the world. France as hosts also have a good chance. Should be some great football action over the summer.

Did the Netherlands not make the cut? Crazy.

How is it being shown in the U.S.? ESPN I assume? I wonder if ABC will be showing matches too? I could sign up for 2 weeks free Sling TV on Xbox One to get access to ESPN, but I’m not sure if that gives me access to their online app or not.

Also, over the last week watching the French Open, I’ve just been shocked at the images of flooded Paris. Only a few more inches and they’ll have to start shutting down metro lines and evacuating people out of neighborhoods. I hope that doesn’t become necessary.

Both of the teams I’m backing, England and Belgium, have been so ‘meh’ in the final friendly tune-up games I just know they’re going to do well in the tournament. If they’d excelled in the friendlies I’d be worried. :-|

You should be able to watch it on sling as well through ESPN.

The matches will be played throughout France, only the centre of Paris has been badly affected amongst the major cities. The water level is apparently receding now so they should be in good shape by next week.

Both of the teams I’m backing, England and Belgium, have been so ‘meh’ in the final friendly tune-up games I just know they’re going to do well in the tournament. If they’d excelled in the friendlies I’d be worried. :-|

England need to ditch Rooney and give the ball to the 5 spurs players, then we will do well.

You should be able to watch it on sling as well through ESPN.

The matches will be played throughout France, only the centre of Paris has been badly affected amongst the major cities. The water level is apparently receding now so they should be in good shape by next week.

Cool. That’s good news about the water receding. I really was frightened at the thought of damage to the Paris landmarks I loved.

I’ll have to time my 2 weeks of free Sling TV perfectly somehow. Or maybe 2 free weeks and then one paid month might be better.

It’s kind of crazy that Copa America 2016 and Euro 2016 are going to overlap like this. I want to watch both, but I hardly have time to watch either one.

Did the Netherlands not make the cut? Crazy.

Thanks for reminding me… ;-)

To be honest though, I find it doesn’t bother me as much as I thought it would. That might chance when it has actually started, but so far I’m just glad I 'll have time to do other stuff, and just watch the fun games when I feel like it. Not quite sure who I’ll be cheering for though. England maybe…

England need to ditch Rooney and give the ball to the 5 spurs players, then we will do well.

Hodgson’s insistence to stick with Rooney really wrecks the rest of the team. Playing him in behind the strikers forces Dele Alli into a much more marginal role and, at the same time, Rooney’s natural Forward tendencies mean he makes a lot of the same runs as Kane and they end up clogging up one area. Or Hodgson tells Kane and Vardy to move wider to offer cursory protection to Fullbacks exposed by the diamond system and the two end up never seeing each other, and this combines with Rooney’s love of coming deep for the ball to often leave us with absolutely no one centrally in attack.

I know why Rooney’s in the squad but when the games get serious he’d have to start on the bench for me, with Alli behind the front pair, Dier in front of the defensive pair and probably Henderson or Milner +1 for workrate inbetween.

I can see an argument for not starting Vardy in the group games, as his game relies on pace into the gaps behind the defence and those gaps may not be there against teams who may be just trying to play for a scoreless draw. So I could see maybe Kane and Rooney or Kane and Sturridge for those early games, but once out of the group stages Vardy’s speed and willingness to work without the ball come to the fore and I’d be hooking Rooney out of the starting lineup fast enough to make his head spin.

I understand Hodgson’s loyalty to certain players, (see Wilshere’s selection), but you do want to win, right, Roy?

Two days ago it was the one year anniversary of one of the happiest sports moments in my life.

So was reading how this is basically a crazy security nightmare. There have been two big terror attacks in France since 2015 (and a third that was thwarted by some Yankee tourists), so the French are operating at an almost Olympic-like security operation. Even then, some friendly governments are still warning citizens.

… the French are operating at an almost Olympic-like security operation

I would think ‘exactly’ like an Olympic security operation; regardless of recent attacks. I’m just talking out of my ass but I’d imagine very comparable in terms of number of sites where events are taking place and number of people in venues on a given day. And actually stretched out over a longer time.

Just having checked now, it would seem the Euro 2016 in France is expecting four times the number of international visitors that England got for the 2012 London Olympics. Est. 2 million football fans travelling to France vs. about 500,000 for London.

Yeah I think it’s going to be really hard to ensure security this time. What with the number of fans travelling in and mostly from Europe and the freedom of movement it’s got to be tough to track people. You have the added pressure of the football thugs as well as the terrorists and general nutters that football seems to attract at times.

Already been some violence from the English fans and it hasn’t even started yet.

I think I’m going to get Sling TV so that I can watch Euro 2016. Unfortunately it looks like with Sling TV you have to pick a plan, and one plan has ESPN channels (carrying Euro 2016) and the other plan has Fox Sports channels (carrying Copa America). As far as I can tell, you don’t get both plans unless you pay double.

When is the first match?

Tomorrow is :
Group A : Albania vs Switzerland (9am EST)

Hmmm, I won’t get home until around 6pm Eastern. Hopefully getting SlingTV will give me access to the ESPN app, and I can watch the match replay on there.

P.S. Romania! Cool. One of my favorite matches of all time is 1994 World Cup match between Argentina and Romania. Even though I’m always an Argentina supporter all the way, I couldn’t help but admire the counterattacking win by Hagi and his team. What a match.

I enjoyed that game too. I also really liked the Bulgarian team from that year and they also beat Argentina along the way. That group was crazy - I remember Maradona grabbing the camera and screaming with wild, crazy eyes after scoring against Greece and then shortly after being thrown out of the tournament for failing a drug test, (surprise).

Then Bulgaria smacked the Greeks around to recover from being soundly beaten by Nigeria and then in the final game, they’d gone 1-0 up on Argentina when Bulgaria had a man sent off. Even losing to ten men would have handed Argentina the group win, but someone scored in injury time to make it 2-0 Bulgaria which dropped Argentina to third place.

That last second goal by Bulgaria was the reason Argentina got paired with Romania in the first place. Although, without it, they would have won the group and then been paired with Italy, who somehow contrived to finish third in their group having lost to Ireland thanks to a stunning goal from Ray Houghton.

The final was pretty poor, but there were some great games along the way - I remember the Netherland-Brazil game from that year too. That was a cracker.

I work at a german TV station and everything is soccer crazy here at the moment and we all have a bigger workload, since we are the National Broadcaster for the matches… Unfortunately I’m not a fan. 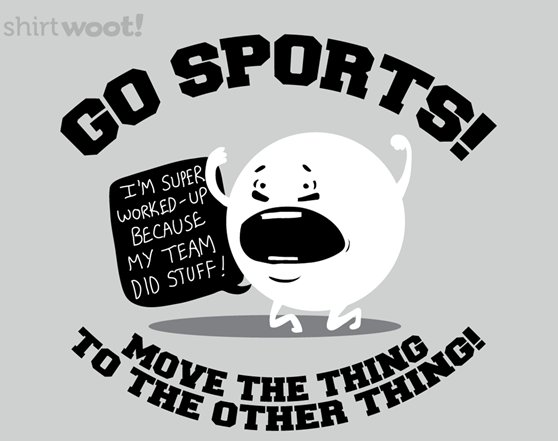 Anyway, I’ll duck out of this thread and let you guys enjoy yourselves!

France not looking that good at the end of the first half where it is still 0-0. Still early doors in the tournament.