I’m getting a little annoyed with how investigators decide to murder one of my minions and then take pictures of the valet or worker they just killed as evidence. I wish I could figure out what triggers them. Does a failed distraction attempt result in murder?

YMMV, my experience was that investigators, (the basic model that comes in constantly) would get killed by traps and then the other ones would take pictures and hit their Suspicion threshold, then peace out to report back. Generally speaking I never saw them initiate aggression unless I tagged one of them for capture or death.

Re: Training stalled, you just have to let them get back to it, they will eventually.

I’ve given up on the game. I think I’m stuck with a bug. There’s a side story I can’t finish as the mission for it does not present on the map. It’s the Death Mote one. I have to cause a lock down in each Hammer region. It can’t be done through heat build up, only though a special mission. One of the regions doesn’t show the mission. Because the side story is stuck I can’t take another one, so I can’t get the karate minion type needed to continue to main story. I haven’t even seen the side story to get the minion to give level 3 tech. The game feels like a 100 hour tutorial in that respect.

I don’t know if this has cause things to progress too far as I’ve been in fast forward for a long time hoping the mission would show up. Now even with the difficulty on easy super agents keep coming in and slaughtering scores minions. There are a lot of different super agents now. Some of them spawn inside your base so there’s nothing you can do to keep them out. The worst one is the one that’s supposed to be a thief. The “heist” guys that come with them are super powerful. I frankly just want to let the take the money and go, but eventually combat triggers and half my base is in body bags.

The issue with training stalled isn’t that training is stalled, is that the warning repeats ad-infinitum until it starts again. When you hit red alert, training stops, but it still keeps repeating the alert over and over and over until I end the red alert and people get back to the room. I know training stopped, I stopped it, and if I didn’t know I’d know after the first 10 times it repeats the warning. It’s just annoying.

Well, yeah. I really wanted to love this game, but not so much. Only last tip is the superagents, you can do side stories to calm them down for a bit.

PSA: you can extend stair cases instead of building new ones

Finished one campaign. Abandoned another one due to a bug (can’t find the mission I need to go forward. I tried refreshing missions but didn’t seem to help.)

The hardest part of the game is not being able to dig anywhere you want. This makes it hard to do the awesome trap corridors. On Map 1 I ended up with a really nice trap corridor (Fan/magnet to push/pull and freeze, bubble traps. Later I added bees.) They manage to turn all normal agent waves, and even average soldiers can get turned around and go home.

I’m feeling less bad about not picking this title up the more I read. Hopefully it gets patched up and improved into the game everyone hopes it would be.

I’d say releasing a game in 2021 is different than releasing it in 2004, when EG1 did. Now there are more expectations for games to have a decent post release support, and if the game has areas where it should be improved, maybe it will be done in future updates.

I mean, maybe, but they had the entire development time to do it and they didn’t. It’s not like these are flaws that only emerged once they had completed development. They’ve been known about for over a decade.

Recent games podcast by Tom and Jason, has drained away any desire for me to play this.

Despite my earlier frustration, I did start a new game and it’s growing on me. I put myself in a death spiral in my initial game, and I understand how to avoid it now. The game still has flaws, and mission side progression bugs, and the “tutorial” is kind of useless in explaining things, but I’m enjoying it now.

Most important advice, there’s no need to maintain criminal networks everywhere. In my initial game I kept building up my control room until I had a criminal network in every region. This was a terrible mistake. By doing this what I really did was unlock every super agent. In my current game I’m avoiding having criminal networks in more than a handful of regions, and only a single full FOJ territory at any time. If I have a mission I need to do in a region outside my regular territory, I establish a network to do the mission and destroy it when I’m done. This not only keeps heat and super agents manageable, but makes dealing with the world map manageable too.

As I complained above one thing that was wrecking me was that failed distractions can result in the agents getting murdery. The mistake I made here was using the “distract” camera zone at all the entrances to my base from the cover operation. Which tagged each and every agent as then came in the door. Which would work for a while, but with higher level agents arriving due to the unmanageable heat of trying to keep networks everywhere, eventually a check would fail.

Having zones set up is also a recipe for mass minion death with heists. The super agent Synergy comes in with level 6 or 9 heist agents that are devastating if they get into combat mode. They are no problem if you just leave them alone they steal whatever they can (usually not much since I’m spending my money pretty quickly, and when you get the message that she’s coming you can just quickly burn all your cash on minions). But in my prior game they would trigger the distraction zone, my guys would fail to distract them since they are high level, and then the murders began.

In my current game I’m managing agents much better by only having zones in front of things that actually generate suspicion and letting agents walk around more. I also set up pointless mazes of locker rooms and doors that they waste time checking out. I took Eli Jr. in this playthrough as my initial henchman. His power drains the resolve of agents, and one use will send a level 1-2 agent home immediately.

Setting up combined rooms rather than monolithic rooms also. Rather than a separate mess hall, barracks, security room, etc. For example my control room has a lunch counter and some bunk beds right there in the room to minimize minion downtime. My prison has a guard table in it to deal with escapees. It also helps you separate operations so as the base grows you can keep moving things that cause suspicion like the control room and prison deeper into the base since they are self-contained.

Yeah, I think that’s a common mistake, one I also made my first game. The World Stage gameplay is easily the weakest part, and if you open up territories as quickly as possible (which is very quick indeed) you’re drowning in busywork AND agents. I still haven’t gone back though, even with a base that pretty much ran itself I just felt no joy in completing objectives.

Yeah! upgrading them for no reason at all also costs a lot of space in the form of control rooms and energy plants.

I finished one campaign and got pretty far in another.

The first map with Maximillian is not bad to handle. The casino entrance has a lot of space on the “northeast”. You can use that to make trap corridors. Non-lethal traps (freeze ray, bubble, fans, magnets) will make average agents turn around. Even soldiers will turn around and go home.

The second spawn point is closer to the bottom but that can be managed with a very short trap corridor (10 squares?), a table of security close by, and a camera/evil genius standing by to trigger.

After playing all those hours I learned just look for blinking world map targets. Everything else can pretty much be ignored… (The purple spend money + intel to get instant heat reduction can be useful).

Minion production is slow in this game unlike the first EG. Most death spirals were from minion loss (battles + corpses). Bad corpse management will mean you lose 5-10 guys from morale. Build a lot of furnaces near your kill zone (4+) to make cleanup fast.

I should have learned my lesson the first time.

In my second playthrough I was actually having a lot of fun. Had a nice base. Had worked out how to use traps for effective and entertaining results. Was well into the story and tech tree, and again I can’t progress because the missions I’m supposed to complete on the world map don’t show up (“Study john steele on the world map” in the “Specters” mission of the Emma campaign).

You can try running some of them to “reset” what’s available. maybe it will fix it :(

I saw some fun trap combos, I was tempted to play and test them

A door that opens into a magnet trap with bumpers on either side that shoot people into side halls with bees was the current favorite trap in my base. I was just researching knockout gas when I gave up.

Among the many things the game needs is more info on everything. Unless I missed something, I had to figure out by trial and error what traps did what type of damage. Once I did I was able to create enough distraction paths filled with resolve reducing traps to get most groups of agents to turn around before they got anywhere near suspicion raising items.

If they manage to fix the campaign bugs I’d pick it up again. If only to get the highest level traps and create a vault with enough quality trap combos on the way out of the vault to take out an entire level 9 heist team, since they so vexed me in my first run through when I didn’t know what I was doing.

The description of the trap usually has a colour coded word somewhere that corresponds to the type of damage it does.

If I remeber correctly the Study John Steele missions are sequential on the world map. So doing one spawns the next one. There will only be one on the map ever.

Developer update concerning the next patch. 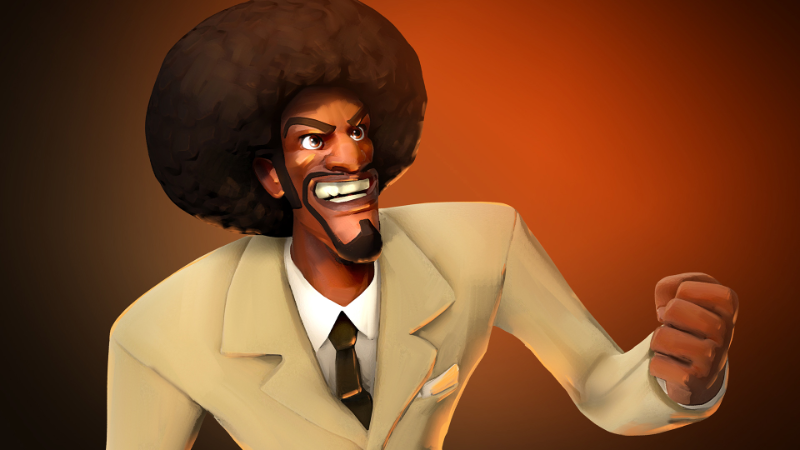 We've been working hard on an incoming balance patch to address your feedback, touching nearly every system in the game and incorporating a wealth of fixes and tweaks!

Relevant to my interests:

We’ve eliminated the cause of a number of progression blockers, simplifying the method of summoning Super Agents to your Lair and making sure that critical Schemes have room to spawn.

This really proves that the world map is one of the worst UIs ever as the code to place the little mission icons on the map is apparently the culprit in progression blocking bugs.

It’s really quite a substantial patch, and fixes quite a few of my complaints. Very encouraging.

Sadly, it does not appear to fix existing saved games.