The four Sen no Kiseki at the bottom are just Cold Steel. There might have been a final/updated release in Japan or China that this reflects? Same games though.

Zero and Ao in the middle are the two Crossbell games that were never released in English. They’re getting remasters in Japan, and I assume those listings reflect that. I think the expectation is that they’ll translate them eventually, but not at those release dates. (Incidentally, there’s an excellent fan translation/patch for Zero out there, and an okay-ish one for Ao.)

I think Trails in the Sky SC is the best out of all of those, on a level with the very best in the genre. They’re all somewhere between above-average and great, but the later you go in the series the more you really want to have played as many of the preceding games as possible. It’s the opposite of Final Fantasy or Dragon Quest: the fourth CS game has no problem aggressively referencing the first or second Sky game. Seems awkward from a selling-the-most-games point of view, but it’s very cool as someone who has played them all.

Attention Trails fans: Geofront, a very talented super-fan collective, have finished translating two Japan-only Legend of Heroes games: Trails from Zero and Trails to Azure, which make up the “Crossbell” sub-series. They take place between the Sky and Cold Steel games and are both highly regarded by folks who love the franchise. What appeals to me is they’re supposed to be smaller in scope than the other games, centered around a tight-knit police force that threatens to be overwhelmed by two nations vying for control over the country.

This link below has the details. It’s straight-forward to get up and running.

What the hell kind of games are these that can have soooooo many entries? I just realized I’ve never played a game with tons and tons of sequels. Well, none that I can think of right now at least. All the Final Fantasies take place in different universes (for the most part). There were only 4 Mass Effect games. Even Fallout only has had 6 entries over several decades. I’m guessing if you’re a fan, it must be nice to return to the same world in sooooo many sequels.

I’m curious about the Crossbell arc, but there’s no point in getting the translation if I have no viable, legal way to purchase those games…

That’s fair. There is a way but it is quite time-intensive… I don’t know how many people will go through with this, though I do appreciate the modders encouraging fans to keep things legal.

Trails to Azure: Now Available to Purchase Via PayPal on Joyoland's Website!...

For the first time ever, Trails to Azure is available to be purchased via PayPal on Joyoland's official website!

The first one is available here (the store can be switched to English so you know what you’re pressing):

Unfortunately the Geofront team won’t be supporting the upcoming Steam release, so the convoluted way linked above is the only legit way to get viable copies ATM.

Next, I would like to reiterate and make an official statement on our site that the Geofront will not be supporting the Asian PC ports of Zero and Ao that will be published on Steam by Clouded Leopard this year. While we understand why many fans would like us to, it will not be possible. Please understand that those new ports will be based on Zero: Kai and Ao: Kai and not the original PC ports done by Joyoland that the Geofront’s mods utilize. This is purely speculation as those versions have not been released, but it would likely take a herculean effort to insert all of the text, graphics, and quality-of-life features that our mod supports. In other words, from a programming perspective, we’d have to start from scratch all over again for what amounts to the same games on a more convenient platform.

Again, I understand from an ease-of-use perspective why people would want that convenience, but the investment is simply not worth the return for us. Collectively, the Geofront has spent the last four years crafting our versions of Zero and Azure based on the Joyoland ports. Our programmers have done remarkable work far above and beyond what anyone would expect them to accomplish without these games’ source codes. I believe the final products of each game will stand the test of time in terms of looks, features, and character. That is why, again, we’ll be closing the book on the Crossbell chapter of our lives with the release of Azure and not be looking to support any future ports of Zero and Ao.

The second pass of Trails to Azure is finished and testing is underway. Also: updates on Trails from Zero, and more.

Wait a minute! Who renamed this thread? Now half the jokes in it won’t make sense!

I’m EXTREMELY upset with this change

It seems all of them are coming. 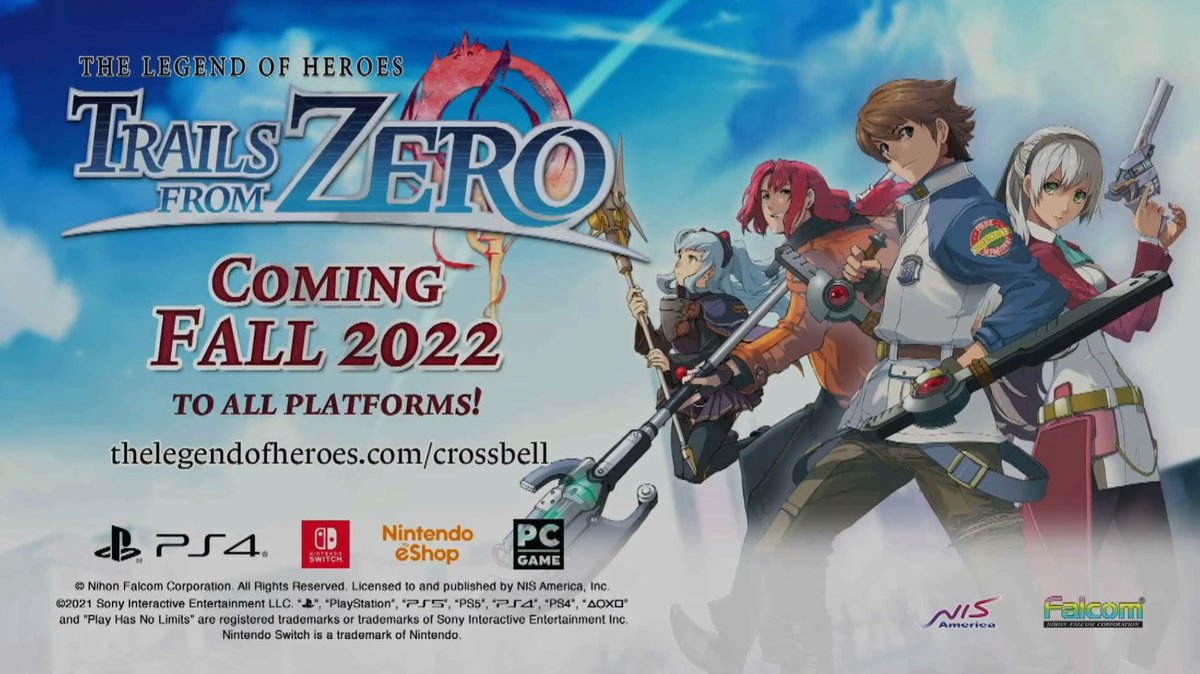 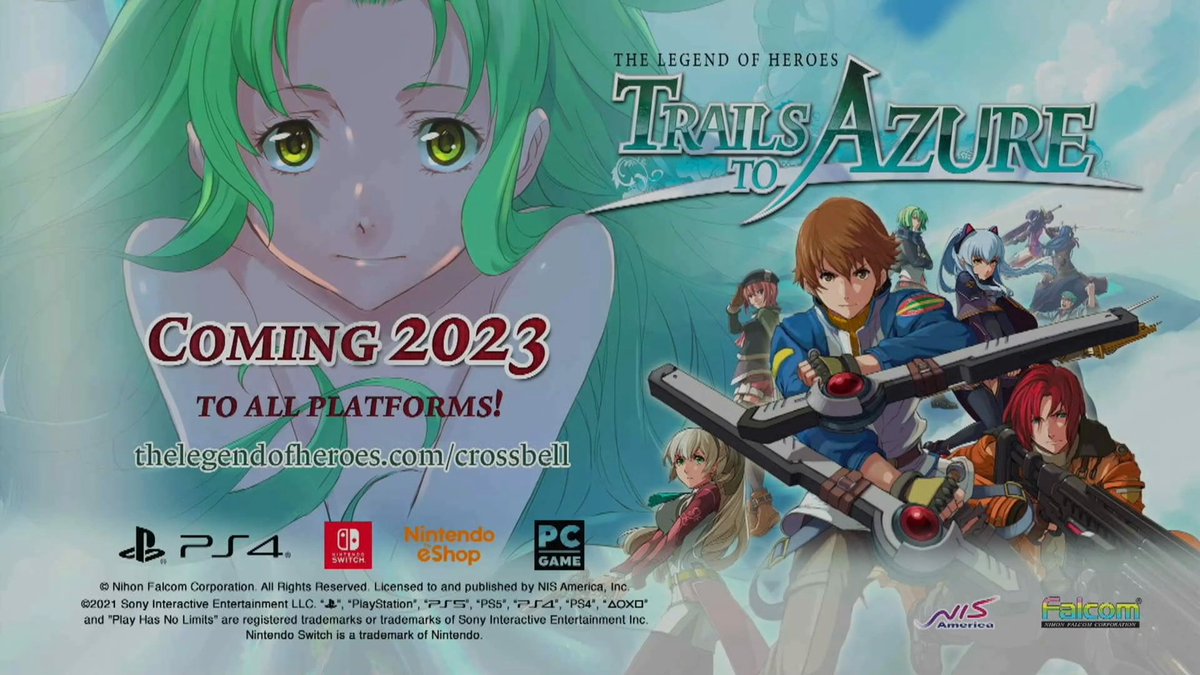 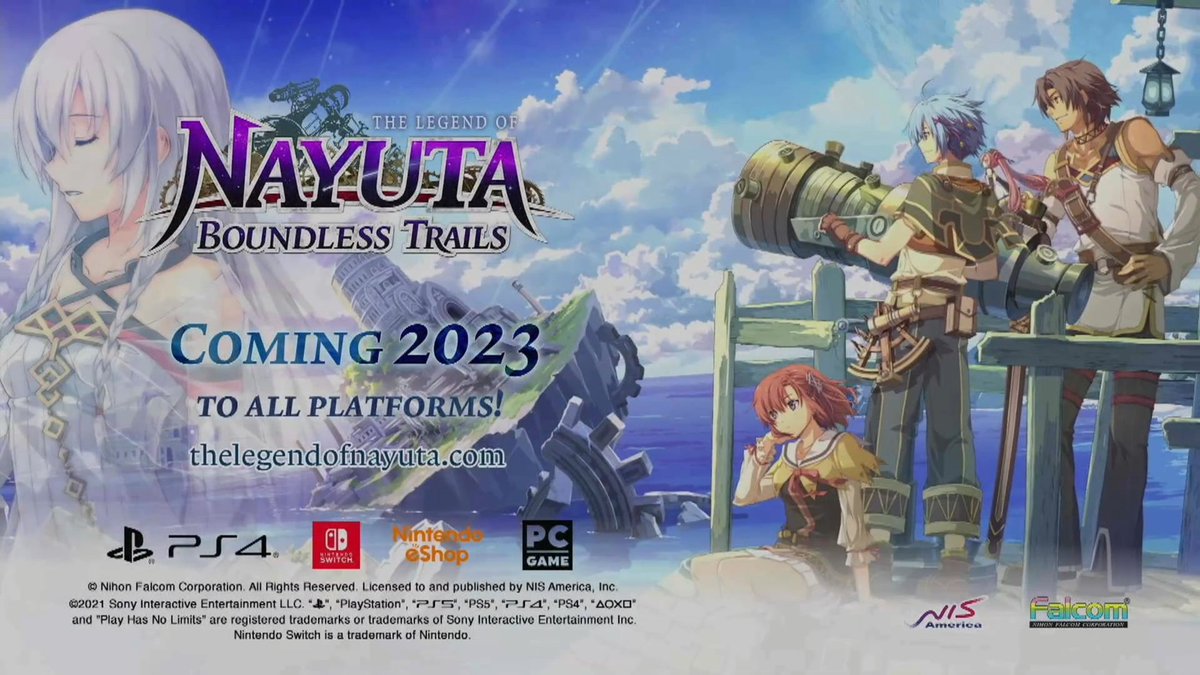 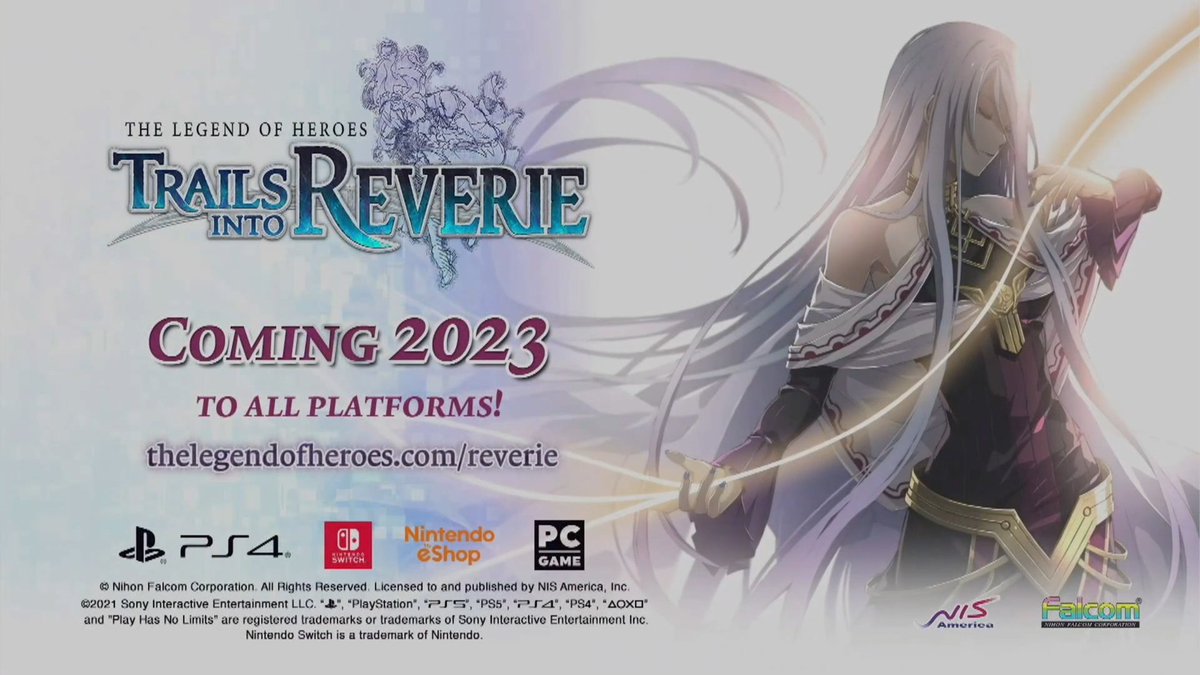 I know some of the folks who worked on the translations for this. They put a lot of love into these translations. Hopefully NISA doesn’t screw it up- their reputation isn’t the greatest.

Downside: good chance these might end up Epic payola games.

NISA did fine with Cold Steel 3 and 4. The Ys 8 fiasco aside, NISA’s problem isn’t usually base translation quality, it’s that they don’t do proper QA.

Too late for them to get my money on Zero/Azure though. Probably not the case, but in a perfect world the Geofront people would end up with something off of that.

The Geofront people are involved with this. They’re doing much of the translation work. Happy for them as they truly love the series.

That’s great. They deserve it. I’m most of the way through the Crossbell games and while there are minor differences relative to the way Xseed/NISA translated the series, it’s 98% indistinguishable from an official release.

There have been long-standing links between both groups. Unfortuntely my friend won’t be involved with the work this time , but she has other games on her plate.

I was waiting for a Commercial Crossbell game on Steam or GOG to buy any more games.

Oh, this is good news. I’m gonna have to plow through the rest of Cold Steel before next Fall, I guess.

My playthrough of Cold Steel 2 has slowed down because I got plenty of shiny things to distract me (including a weird urge to replay Batman Arkham Asylum - go figure) but I plan on finishing at least 2 and 3 this year. I’d love to finish 4 within the year to see where it would figure in my GotY list, but with Scarlet Nexus and Old World and Monster Hunter Stories 2 and Tales of Arise and who knows what else, that might be more than a bit hard to achieve. ;)