It looks like I am nearing the end of the demo and have a few quick observations.

The combat is still largely the same, though it looks like there are more opportunities to use elevation than in previous games. I have not encountered any traps yet, which were a huge part of previous games, but I imagine they make an appearance later.

The visuals range from underwhelming to bad. This has never been a good-looking series, but the models are worse than I remember in previous games (all the characters look kinda bloated) and there are several instances where the colors of UI elements are too similar to the background (arrows on the overworld map, for instance).

Unit/character differentiation is limited. While the skill trees do seem more interesting than before, that’s nearly the only way characters are distinguished from one another. Attributes are determined strictly by class and there is no way to alter them excluding the odd skill here and there (bonus to hit points or critical chance were the only ones I noticed), for example. Maybe that’s good enough, but if the game is twice the size of Vikings, it seems unavoidable that characters in the same class (of which there are four) will inevitably become the same at a certain level. This is a pretty big bummer for me unless other things unlock later.

I did not like the companions in Vikings and generally found dealing with them to be tedious, so I created my own party instead. I believe that’s still an option here, which is good because these characters are so far no more memorable and perhaps worse. These games keep becoming more like character-based RPGs with each entry, but what makes Bioware games work is that the companions are usually compelling. None of the ones in Expeditions ever are.

Base management looks to be greatly expanded from Vikings. There’s not enough to do in the demo to tell if this is for the best, but it does look more meaningful and interesting.

The large-scale battles are also potentially a good addition, but there’s only one in the demo and the feedback it gives isn’t the best. It’s a card game where you select from three randomly drawn strategy cards for each phase of the battle (the demo one has four phases) and then it plays out on screen kind of like a block wargame. Visually, it is not particularly engaging—your blocks careen toward the enemy blocks and although there seem to be different unit types, there’s no positioning of them and it’s not clear if they are meaningfully different in the demo battle—and I’m not sure how much it matters which options are selected beyond the modifiers on the cards (I know selecting card x means I do more damage against the enemy, but it does not seem like the AI is selecting a strategy card of their own and once the battle commences it is not obvious what is happening or where/when my selected card is making a difference). Probably I would need to do a few more to tell, but of course that’s not in the demo.

Based on the demo, it looks like the series has outgrown its tutorial-stage malaise I’ve been complaining about—you get put in command with a legion to manage before the demo ends—but I still half expect to be proved wrong. Still, overall, I remember enjoying Conquistador and Vikings more than this one at this point. But, again, there’s not near enough game here for that be entirely fair.

I enjoyed my time with it, but it’s probably slipped from being a pre-purchase to either a ‘see how I’m feeling about it nearer to release’ or even a ‘pick it up on sale’ kind of game.

That wall of text seems pretty negative, but this is a good game. But, upon further reflection, I think the main reason why I seem to like each subsequent game in this series less than the previous is a function of there being increasingly more of this genre available. I probably loved Conquistador when it came out, but even if Vikings and now Rome are slight improvements to a solid game, after XCOM 2 and Mario + Rabbids and Massive Chalice and all those games on @Scotch_Lufkin’s favorite 2021 games list, an improved Conquistador is not going to make much of an impact on me anymore. I think it comes down entirely to the setting now, because in terms of gameplay it isn’t doing anything new or innovative or especially great. It’s very competent, though.

It’s a fair assessment, though.

Their wish to be Baldur’s Gate games, without being able to craft the kind of writing that makes BG games compelling is a big minus. I’m also not sure why they think pixel hunting an image for loot containers is supposed to be a fun activity (apologies to anyone who thinks so, but there’s a reason why that game mechanic disappeared).

Haven’t reached the battle, but I agree about the game mechanics otherwise. Still competent, but it’s true there seems to be little to differentiate one character from another other than starting traits.

The historical aspect has always been the draw for me with these games, even if the history in these games is never great. I did find myself somewhat less enthused by their inclusion of that famous historical NPC in the opening; I don’t mind alternate history, but I know the period (and this character) so well that their inability to write historically plausible narratives took me completely out of it this time.

Game mechanics remain solid. Graphics more a case of 1 step forward, 2 back, which is kind of poor given that they’re no longer a new studio.

Ehm, what do you mean, pixel hunting? The boxes light up just fine on my screen? or are we talking about something different?

Other than that, I completely agree with what you wrote: it’s the historical setting that is what makes these games fun, for me. So they should leave Julius out of it…

You still have to traipse all over the map - most of which is uninteresting - in order to uncover those containers, though. Or am I wrong? I admit I did not feel inspired enough to spend time on checking it out in the demo - the extremely exciting loot I uncovered (a bow string, yay! some metal rings) failed to inspire a wish to explore.

Played through the demo last night and today. I hadn’t played the previous games in the series, but I actually liked this pretty well. It’s got a lot of mechanics that I’ve been craving in “the game I want to be playing that doesn’t exist,” (which might be Expeditions: Firefly) and it did a nice job of hitting some notes I really wanted hit.

Not really planning to be buying a new game right this moment unless it’s super cheap because Christmas is for the kids, but it’s on my radar (and my wishlist!) and will probably be one of the next games I pick up.

You still have to traipse all over the map - most of which is uninteresting - in order to uncover those containers, though. Or am I wrong? I admit I did not feel inspired enough to spend time on checking it out in the demo - the extremely exciting loot I uncovered (a bow string, yay! some metal rings) failed to inspire a wish to explore.

Well, once I found the ‘highlight’ button, I didn’t mind at all. At least they lowered the number of boxes (considerably, compared to Vikings)! As for their content: I imagine this might change/improve in the ‘real’ game, and I also do not know at this point how crafting works. But it was what I expected, and I’m fine with it.

One added thing I like, but will probably be underwhelming in the full version: the ‘skills’ that come with each weapon type. While your own skills are static, equipping a new weapon or shield still (subtly) changes the way the battles play out. Clever…

So this is imminently releasing on Steam and there are some reviews out (apparently based on an earlier release date in some countries). What do folks think of the full game?

Just saw a Fextralife video on it, and he also liked it. He liked the battles, the base development, and thought the large-scale battle mode was ok but was a bit put off by the abstract representation of the armies (squares/diamonds, etc, instead of character models).

One thing I learned is that even after you choose a subclass for your character, you can continue to put skill points in the other subclass trees (in which case it’s unclear to me what choosing the subclass does for you - maybe it gives you a special ability or some such?). However, the review also pointed out that you can’t respec your skill points, which always makes me nervous.

I was unfamiliar with this series prior to this review but it looks pretty interesting. Doubt I’ll get it when it releases but maybe down the line, or if there is some sort of bundle deal that includes all 3 of the games (since the prior two releases look worthwhile also).

I pre-ordered it. My wife likes to play rpg’s, but this will be the first one I have played in about three decades. This could be billed as the rpg game for people who do not like rpg games. I enjoyed the immersion into the Late Roman Republic and the strategic level of the game. If handled correctly this could be a monster breakthrough hit.

Wow this news came out of nowhere for me, didn’t even know it was in development. I loved both Expeditions games so I’ll be picking up this one for sure. And the setting is somewhat under represented in RPGs so that’s another bonus.

It bothers me to no end that the first NPC you come across pronounces “centurion” as “kenturion”.

Ah, so pronouncing them correctly then. :p

I’m glad it’s finally historical accuracy’s turn for once. Far too many years of Brutii and Scipii. :)

Yup, I just fact checked it, and in ancient Rome they spoke English but pronounced consonants weird. Historically accurate! Can’t wait to find out if it’s visually stunning and fun as well.

This trailer for it made me laugh: 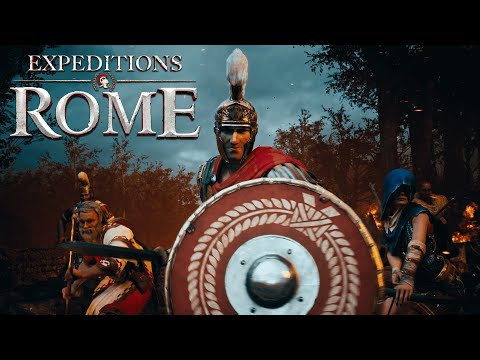 So did this news about the developer: 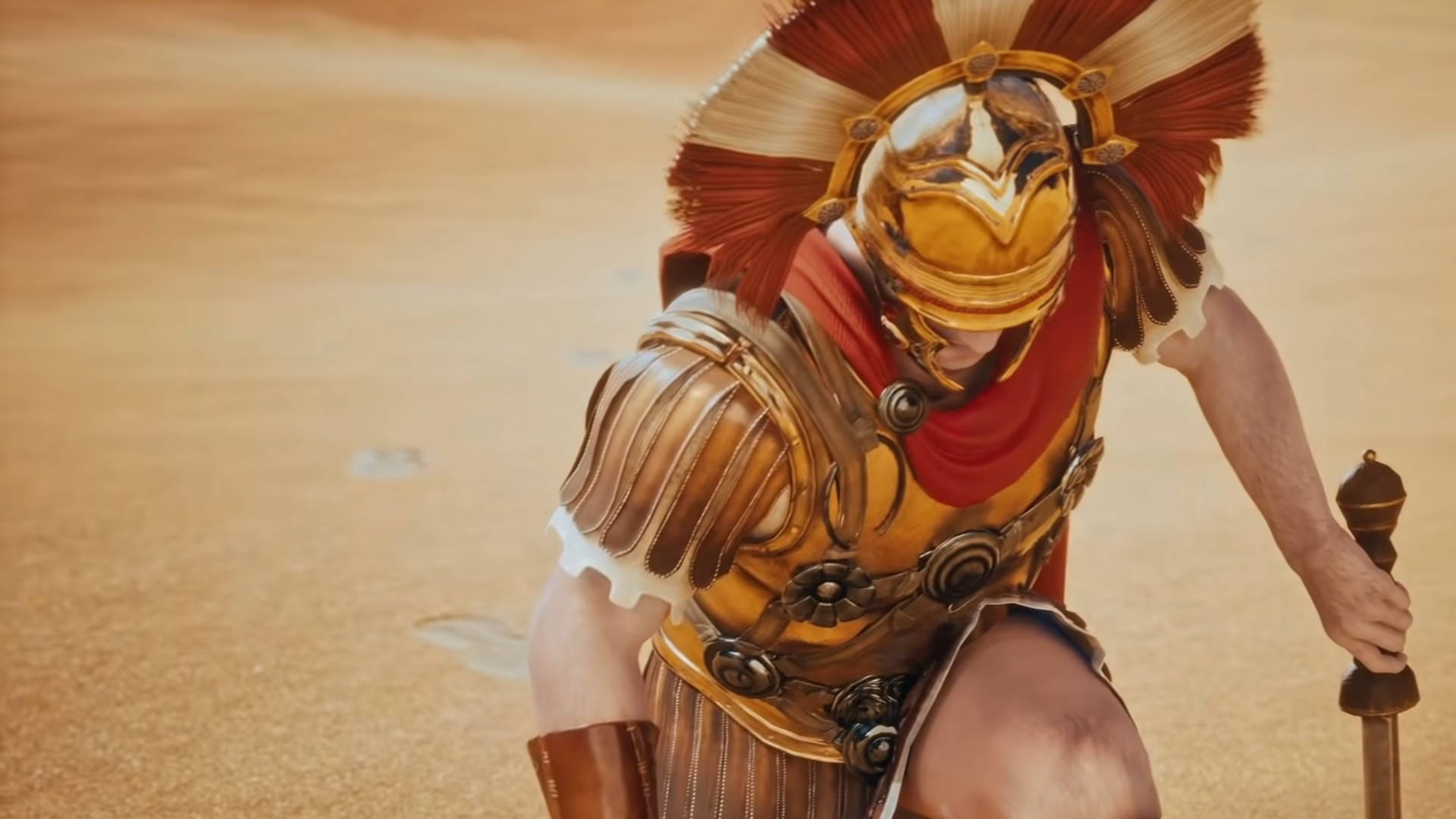 So did this news about the developer: [they are closing to make NFT games.]

That is too and really. I really enjoyed the demo for this. It felt like they were hitting their stride for this series.

I think I’ve finally come around to agreeing with Tom on the use of Rome as a setting in games.