Fall: movies that should be over in less than a minute

We’ve talked about this on the podcast before, but some movies should be over much sooner than they are. For instance, Fall is coming to theaters next month on the strength of its concept (?) and presumably Jeffrey Dean Morgan’s appearance as a villain at some point? Maybe he does the voice for gravity or something? 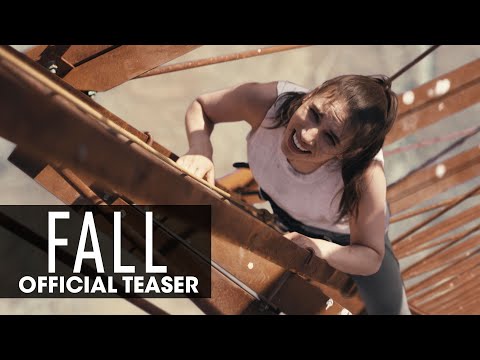 I do love watching studios cast about for these dumb “supposedly relatable people get themselves in quite a pickle!” movies. I think these started with Open Water, right? 47 Meters Down where the rope on the shark cage breaks and its sequel, the couple snowed in the car on the side of the road, the one where the sisters get closed up in the swimming pool over the holiday weekend, the three friends trapped on a ski lift over a different holiday weekend, the friends who forgot to lower the boat ladder when they jumped in the sea for a swim, that sort of thing.

At least in those movies, the characters have time to hash out their backstories and complicated relationships. But how much can you accomplish falling off a tower? I think it’s a safe assumption this movie is gonna have a long dialogue-crammed climb up a radio tower followed by about ten minutes of someone hanging on a rope while Jeffrey Dean Morgan chews the scenery about something something plot point. I think it’s also a safe assumption it will be profitable for Lionsgate.

Men could’ve been over in a minute if that guy had given birth to himself before falling out the window.

The CG in that trailer was almost as good as the stuff I could generate on a video toaster (back in 1993). Wow.

The CG in that trailer was almost as good as the stuff I could generate on a video toaster (back in 1993). Wow.

Yep! Almost as good as the graphics in the opening of that Mechwarrior game that blew our minds back in 19mumblesomethingsomething!

Men could’ve been over in a minute if…

Hmm, now you’ve got me thinking. Would Men have been more insufferable or less insufferable if it had the same title as this “ladies on a radio tower” movie?

What could she be planning that involves going all the way to the top of this apparently abandoned radio tower? What could be worth anything up there? And why would you climb one of these things wearing a flapping, flowery blouse? I’ll bet that last bit gets to be part of some testy dialogue!

What could she be planning that involves going all the way to the top of this apparently abandoned radio tower? What could be worth anything up there? And why would you climb one of these things wearing a flapping, flowery blouse? I’ll bet that last bit gets to be part of some testy dialogue!

We’ve all watched the YouTube videos of the guys GoPro’ing their climb up those towers, but they have to in order to change the damn lightbulb at the top or something like that. But that shit is straight “Nope, nope, nope” from 99.9% people watching it and wondering if they could ever do the same.

What I’m trying to say is they should just film that shit in IMAX and charge you to watch it, because it’s bare-knuckle terrifying. Why? Because it’s real.

Meanwhile, that shit CGI in Fall is anything but real, and it really does not raise any emotion in me, despite all their attempts at making it seem terrifying.

I’ll bet the conclusion is not as straightforward as you think, Tom! She probably falls and gets caught and injured in some lower part of the tower and her friend or sister or whoever has to try and get her down.

Oh jeez, this is even dumber than I thought. From IGN:

Here’s how Lionsgate describes Fall: “For best friends Becky (Grace Caroline Currey) and Hunter (Virginia Gardner), life is all about conquering fears and pushing limits. But after they climb 2,000 feet to the top of a remote, abandoned radio tower, they find themselves stranded with no way down. Now Becky and Hunter’s expert climbing skills will be put to the ultimate test as they desperately fight to survive the elements, a lack of supplies, and vertigo-inducing heights.”

Being 2,000 feet tall would make it the tallest structure in the US. Abandoned! I also don’t see any hint of guy wires, without which a mast that tall would not…be. Here’s the poster, which is marked by a distinct absence of flapping, flowery blouses: 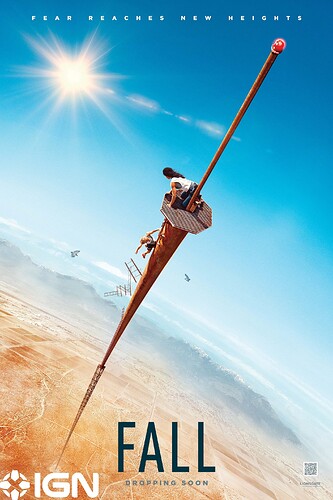 I hope they both die.

You know what, scratch that. Instead, why am I wasting any part of my life thinking about this.

Oh man, I’ve had nightmares like that poster, where for whatever reason I’m on a really high perch and there’s no way down. I don’t think I want to see this movie. Here’s my version:

SCENE: guy walks by, sees a really tall pole with a ladder going up it.
ME: looks up, regards for a moment - ‘Nope.’ Walks on.
END SCENE 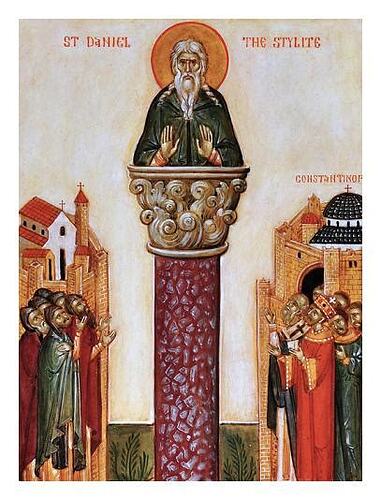 Come on, look at that guy’s body language! “I did not ask for this!!”

I’m fascinated to learn what kind of situation would lead you to climb a “2000-ft tower” with no safety lines and apparently one rope.

I love that kind of absurd forced perspective in a movie poster. Reminds me of being a kid horrified by Irwin Allen posters like this: 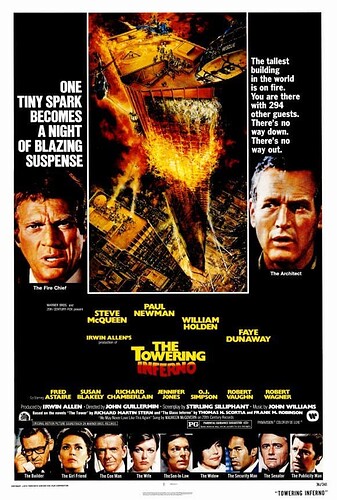 The best movie posters are about gut punching you with some primal fear: 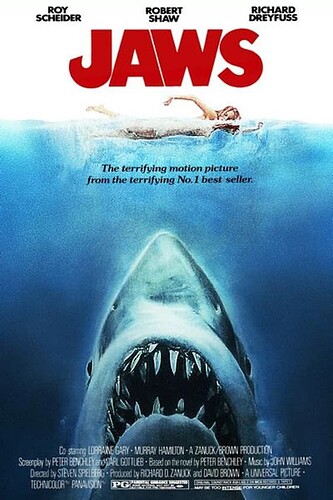 Movies that should be over in a minute? Just about any haunted house movie.

“Look, that ashtray just slid across the table. This place is haunted.”

With a nod, of course, to Eddie Murphy.

Similar to that, I always look at slasher movies as, “What supernatural contrivance can we use to prevent the villain from getting shot in Act One?”

If a movie is set in a rural area of the US, writing guns out of the story is like trying to write cell phones out of movies in urban/suburban areas.