I decided to try MK11, figuring it was a major enough series it would be nice to fill a blind spot in my experience, and that the expansion launch and announcement for EVO made it an opportune moment to jump in. But I wound up refunding it after two hours. The PC port felt pretty rough, with some random slowdowns, a crash to desktop, and screen resets when it dropped in and out of HDR mode. The netcode felt pretty good, though definitely a clear step below KI. I didn’t really get a solid feel for the mechanics, but wouldn’t mind giving it another shot at some point, maybe with a console version. Though after two hours I was already kind of tired of the non-interactive cutscenes sprinkled around each fight to show off ridiculously over-the-top gore sequences as a “reward” for doing something well.

Went back to KI for a while and had a couple of really satisfying matches in the ranked queue with the one rare non-expert. Unfortunately, they were followed by a dozen straight level 50s where I was lucky to get a single combo in. Really liking the game, and it looks and plays great, but it’s looking like a lot of beating my head against the wall to get somewhere approaching competitive.

Yeah, NRS tends to have a bad history with PC ports.

KI is hard because there’s a lot to learn.

This guide is the bible of KI. It will teach you the game, though it’s a lot of reading.

Also, another contender for a good fighter comes out next month on PC/console

Samurai Shodown collection. The games are going to have rollback. There’s also going to be a never-before released remake of SamSho Special, which is considered the best SamSho game by some, especially since current-gen Samsho has 0/5 netcode 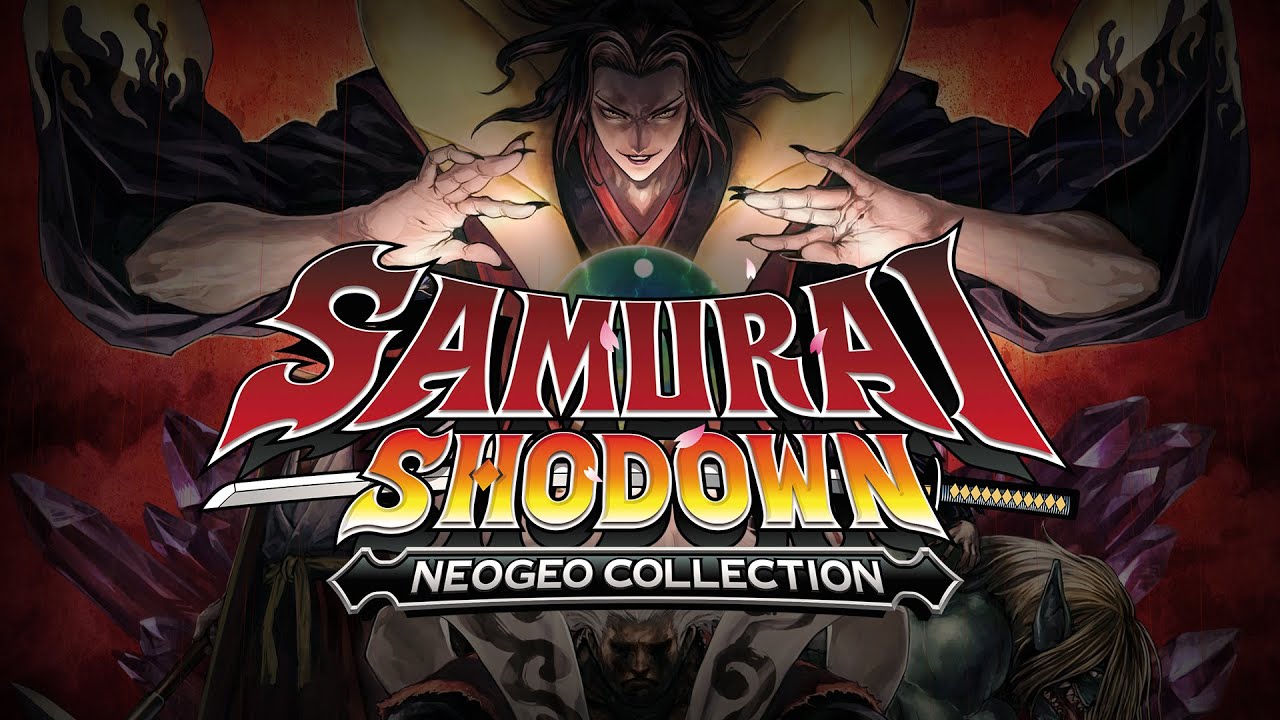 Interesting. I shall have to remember to keep an eye out on Steam for that upcoming release then, unless they already have a store page up so I can wishlist it. 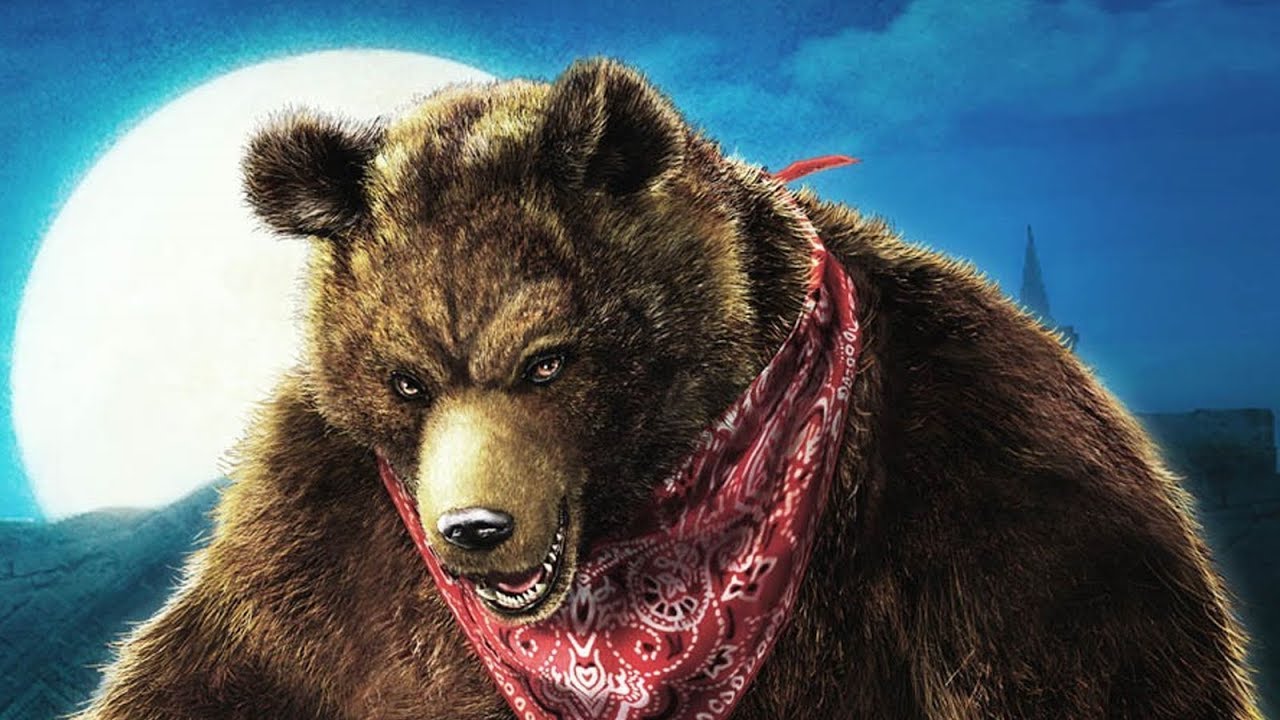 On a completely different tangent, if there there are two things I enjoy seeing in Tekken it is people messing around with Yoshimitsu and the Bears. Trust Dunkey’s latest video to be exactly that for Kuma, haha.
Kolbex May 27, 2020, 3:52pm #24

I don’t have any plans to get into KI, but oh man, that’s amazing. The person or people who made that must be old like me, because otherwise it’d be a series of twenty-seven hour-long videos on YouTube. Text rules.

On the one hand, a lot of people are not great at being succinct in how their presentation of instructions or feedback. On the other hand, Youtube’s algorithm and monetization criteria hardly helps matters either. Ideally, you would have a combination of both written and visual to cater to people with different learning styles, but that is even more work to do.

There’s some Virtua Fighter and Tekken concepts that I’ve grasped faster through visual learning rather than written learning.

Unless there’s something I missed, I think the Epic release is worth caring about since it looks like it’ll be free on the EGS for a week before releasing for $40. I was planning on diving into this one. I haven’t tried a Samurai Shodown game yet, but they seem like my kind of game.

Even the freebie won’t entice the FGC unless it can play with Steam version. The PC community is not tolerant of split communities, and won’t go with Epic.

If you’re getting this mostly for single-player, Epic is fine.

This guide is the bible of KI. It will teach you the game, though it’s a lot of reading.

Agreed, this is a fantastic resource. It’s been a big help in slowly inching toward competence. Videos are fine, but having everything laid out like this, organized and searchable, is way easier for me.

Anyway, after refunding MK, I picked up Them’s Fightin’ Herds, which is also newly released and on the schedule for EVO due to good netcode. Feels pretty good so far, with a comprehensive tutorial, and hopefully a manageable level of complexity to learn with only six characters to get used to. Tried a couple online matches, and was impressed with the netcode, though I then retreated to single-player to try and get a bit more practice first. It has an interesting system of meeting opponents in a shared lobby area, and it’s a bit more daunting to walk up and challenge some specific player than just have the game matchmake for you.

Also planning to check out Guilty Gear Xrd since it’s in a $5 bundle at the moment. I assume there’s no point in even trying to go online, but figure it’s cheap enough to dabble in and get a sense of the mechanics before the new one comes out.

Also planning to check out Guilty Gear Xrd since it’s in a $5 bundle at the moment. I assume there’s no point in eve

The new one is going to be entirely different. Will play almost nothing like the previous titles, which is very controversial. Arcsys has come to the conclusion after Xrd’s mediocre sales that they can’t get new GG fans without huge changes to the gameplay, so that’s what they’re doing (BBTAG did a lot better)

Yeah, I’m not likely to be playing any of these in person any time soon, so want to stick with something that I can get a full, satisfying experience playing online only.

The small roster makes this interesting. It almost seems like it might occupy a similar space to Fantasy Strike.

I picked up Fantasy Strike on sale last year, and while I appreciate what it was doing, I just couldn’t summon up any enthusiasm for it.

I picked up Fantasy Strike on sale last year, and while I appreciate what it was doing, I just couldn’t summon up any enthusiasm for it.

That said, it’s focus on mind games does make it really not fun to play vs the AI. I’m also not that interested in playing with randoms online because one-off matches don’t feel like they actually get at what’s good about the game. In a normal fighting game, I can work on my character execution and various character matchups in random online fights even if a one-off isn’t enough to generate interesting mind-game play. But since Fantasy Strike is all about no execution barrier, all you have left to learn is matchups and there aren’t that many characters to learn. So it’s only really fun playing against a known player. Which, honestly, has pretty much killed it for me since coronavirus.

Shame I have a preference for 3D Fighters because I would be interested in a game that stripped back on unnecessary execution to emphasise the mind games. Locking stuff behind execution barriers is how we got Akuma being one of the best characters in Tekken 7 at the highest tiers of the competitive scene, possibly to the point of being a little overpowered. There’s no pleasing some people though, sections of community complain if movement options gets nerfed but then other sections would complain if essential advanced movement options like Korean Backdash became easier to execute instead.

Unfortunately, just do not find myself getting into 2D or 2.5D Fighters as much as Tekken, Virtua Fighter or others. I hear Fantasy Strike has some pretty decent netcode though, so that would be a plus.

Unfortunately, just do not find myself getting into 2D or 2.5D Fighters as much as Tekken, Virtua Fighter or others. I hear Fantasy Strike has some pretty decent netcode though, so that would be a plus.

FS uses GGPO, so 5/5 netcode. Problem is, playerbase is about 5. The only GGPO game with a great playerbase on all platforms is MK. KI has a decent-sized one, though XB1-centric (Steam crossplay is only for non-ranked). SG/TFH will temporarily have a few players due to EVO.

For the most part in Tekken, yeah. It’s the movement options, specifically the Korean Backdash for many, that a lot of people are going to need to learn and practice execution of if they want to dig deeper. Though, character choice can help alleviate that a bit since characters like Lei either have their own unique movement tech or movement isn’t as much of a focus (Kuma\Panda say hello). Lei’ Wulong’s “Haha Step” is on the easier side, then you just have to learn Lei himself as compensation, haha.

Can totally get far in Tekken doing the more reliable, less execution-heavy combos. In some cases the optimal combo is only a point or three more damage anyway. Tekken 7 Akuma is bit of a special case due to his Street Fighter heritage, you can really squeeze a lot of juice out of Akuma at the highest levels with high execution thanks to his list of various cancels and other non-combo related tech.

Unrelated, been digging into Lei Wulong recently for a bit of fun. Sometimes the mix-up options are so strong I mix myself up thanks to the number of stances.

The Samurai Shodown Neo-Geo collection is out and free on Epic this week. Never played them the first time around, so can’t speak to the quality of the ports. Online mode was disastrous for me though – in an hour or so of trying, matches popped up quick enough, but all but one “lost connection to opponent” immediately after being matched, and the one completed match was a stuttery mess.

Here’s How To Get ‘Injustice: Gods Among Us’ For Free On Xbox, PS4 And PC

The excellent first outing for the 'Injustice' series is now free to Xbox, PS4 and PC owners alike.

Xbox users don’t need Xbox Gold to get this, it’s still free for us either way.

The way folks are playing it online is taking the roms out of the game, then playing them on Fightcade right now.

Ah, cool, good to know. I haven’t tried Fightcade, but can check that out. It’s a shame that it’s necessary for a new release though.

Anyway, I did wind up rebuying MK11 on Xbox, and it’s been a much more solid experience than the PC version was. Still not a fan of the aesthetics, and would like the game a lot better if the various in-fight cutscenes could be skipped or turned off, but I’m willing to put up with them for the sizable player base and good netcode.

It’s taken a fair amount of time in practice mode and around 50 online matches, but I’m finally feeling reasonably competent and intentional with the character I decided to focus on. It’s definitely been interesting to finally build up the level of skill and intentionality to actually understand what my various options are in a given situation and make an informed choice between them. Not sure about the emphasis on specific unique combo strings for each character, as now I’ve finally developed the muscle memory for one character, it seems like it will make it harder to switch between characters.