It’s so bizarre to me that everything in gaming has taken this hard turn to Discord. Everything is Discord, now! But it’s so fleeting.

Yeah, I agree whole-heartedly. Which I guess isn’t surprising since we’re talking on a forum.

Back to Soul Calibur VI… I think it might be a great time for me to jump in because there are lots of new players to not feel worthless against. That said, my most enjoyable fights have been against players who are much better then me who will replay me repeatedly. I learn so much faster that way.

I was playing Kilik at first a lot but kept getting mirror matches, which are pretty boring. I switched over to Zasalamel and haven’t gotten a mirror match yet, but not sure I like playing him much. Not sure who to play next, but having a great time so far. It’s a great way to relax for an hour.

Soul Calibur VI is on game pass so I started it up last night. I love the intro movie. It’s pretty cool that they lay out the story like that. 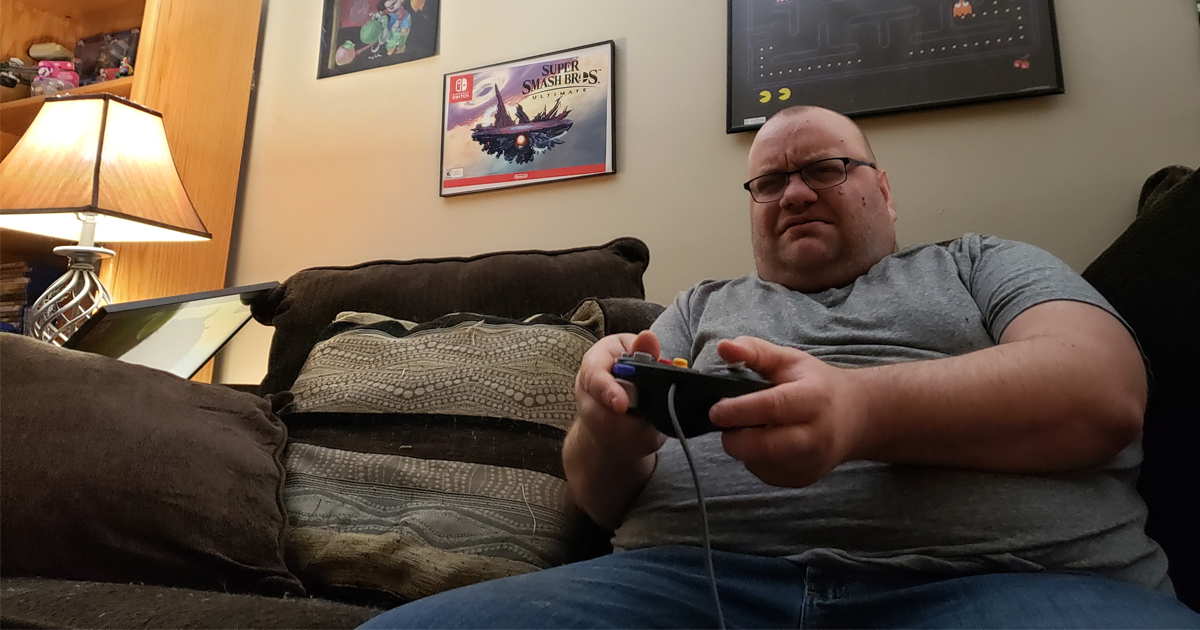 Heartbreaking: Man Too Good at Fighting Game to Enjoy Playing Against Friends...

Aaron Collins was seen leaving a local Street Fighter tournament with a dejected look on his face.

I’m just starting to wade into the world of fighting games. What’s the consensus on Pokken Tournament?

I enjoyed it quite a bit, single player, that is. There are some really fun options and game mechanics, too, the likes of which I haven’t found in any other fighting game.

Usually the character discords have FAQS/links that are stickied in the discord.

It’s better than what was being used before which was facebook, and Discords started largely because younger folks refused to use facebook anymore for various reasons, and before that SRK/game forums, which were pretty toxic.

Also, the discords have been less racist/toxic than the previous places as well, largely due to server owners tending to be better people than the folks who ran the old places, with some exceptions. Much of this is due to a changing of the guard generationally from Gen X to millenials.

Zasalamel is considered one of the best, safest characters right now. Having your face caved in by someone young enough to be your daughter is a feel. (She’s a legit top player though, I’m realistically mid tier by competitive standards- I managed to not drown in pools at EVO but that was half luck)

BTW of the three versions of SC6- Xbox probably is the easiest online, PC has most of the better players since it’s the best version of the game, with 5 bar online = to console offline.

I mean it’s not just fighting games, it’s everything.

Apparently Fantasy Strike is going Free-to-Play with its latest update. Seems like a pretty fair F2P model at first glance.

Now free-to-play! All characters are immediately available to play online, with no grinding or unlocks. 2 new characters! Many new cosmetics and extensive replay system available.

I think the “surprise” in the F2P model is you can’t play with friends until you buy the “core” pack, which is what the game has always cost. But free to play versus random players. Should be helpful in keeping the player pool active.

Players with the Core Pack (or who previously bought the game) will soon be able to friend match anyone, even free players. We agree with you all that it's the best way to bring new players into the fold.
Kolbex July 22, 2020, 2:17pm #72

I downloaded this, but I have yet to fire it up. Peak players have gone from a previous high of 66 in June 2019 to…261. Still not a huge population! I hope a lot more people pick it up. I think it sounds really interesting. I have a couple Yomi packs from way back when.

Me too. I love Fantasty Strike for in person but haven’t actually played it much online. I played some matches last night to check out Onimaru (who may be my new favorite character) and it felt pretty great!

Tekken is getting a season 4
Soul Calibur is getting Setsuka, some new costume stuff, and a huge gameplay patch Tuesday.
(Calibur gets one more character in a few months, almost certainly Hwang)

I have really been digging fantasy strike since it went free to play and ranked mode has been full of matches. I managed to get to around Master 30 (once you get high enough in ranked it goes into full elo mode where you just see your ranking worldwide), but now I’ve dropped to around Master 60.

Since the game is free to play now and you can use every character in casual and ranked, it’s worth at least checking out. I think this is a well designed game. The characters are all quite different and unlike most fighting games it’s very simple to learn all the rules of the game. For instance, even things like ‘do i have frame advantage after this attack?’ is displayed visually with either a blue or red flash when you hit someone. “Special” throws flash blue and the word ‘jumpable’ shows up so you know what you did wrong. When there’s a crossup it flashes the word ‘crossup’ on the screen.

I think a lot of people write off this game because it’s been designed to be easy to pick up and just uses left/right movement (no crouching). What you might not realize is that there’s a very high skill cap in this game and even though it’s designed to be accessible on the top level they are insanely good.

One other thing to mention is the netcode is the best I’ve ever seen in a fighting game, and I’m including the original GGPO and fightcade in that. Almost every match I have is completely playable, and often I’m shocked to find out my opponent was in a different part of the globe. When you play with decent pings it feels like offline.

Rain, Mileena, and Rambo coming to MK11 with engine enhancements, cross-gen, and cross-play. No word on cross-save though, which is what the Switch version desperately needs in my mind. 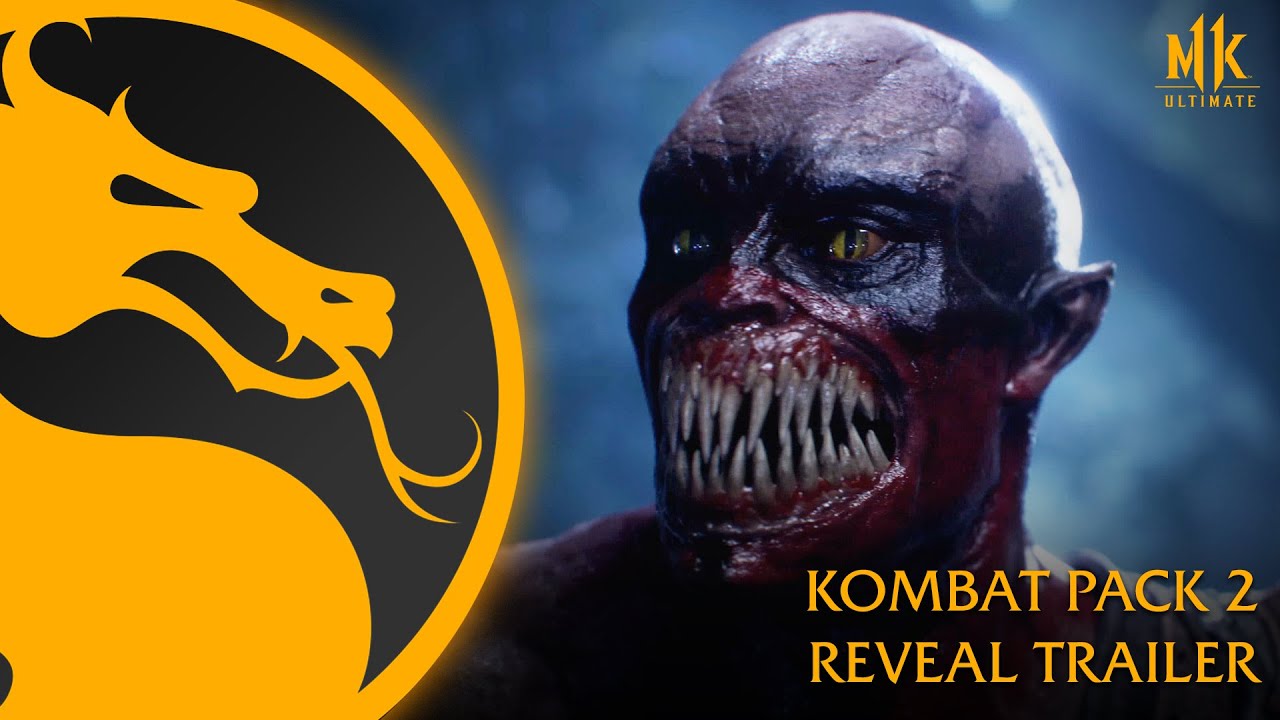 Though I guess the game already has the Terminator, so why not?

I watched to see if they went with 80s badass Stallone or 00s HGH Stallone.

Instead they went with whatever the hell that is.

Maybe it’s not even him, due to licensing?

Looks like Kurt Russell went to Halloween as Rambo.

The cross-play I think is just between consoles, PC not included unless they changed it.

Switch and PC are outsourced ports so they’re not in on it.

Given the 1-2 years of no offline tournies, most fighting games are added an unplanned year of DLC content. The only one I think scheduled for 2021 is a new Guilty Gear.

Some of this in Japan is also devs there finally realizing their netcode is unacceptable.

Yeah, it’s cross play in select modes between Xbox One, Xbox Series, PS4, and PS5 only.