Only one I haven’t played (other than FC1) due to no coop.

This is the way!

I have doubts Ubisoft is even capable of creating GOTY-level game. 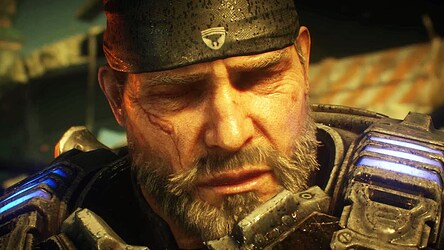 Immortals/Fenyx was pretty cool, but I fell off it after a while. It didn’t help that I started doing that “jumping from cloud to cloud” thing only to discover that it was for some dumb DLC they were trying to sell you.
I will go back to it eventually because it’s super charming.

It didn’t help that I started doing that “jumping from cloud to cloud” thing only to discover that it was for some dumb DLC they were trying to sell you.

Ha, that un-sold me on the Season Pass. If you are going to finish a Ubi game, that one’s my favorite of the last few years by far.

I only tried it for about an hour, it didn’t grab me sadly. I am not much into these cartoony whimsical games.

Well I bought it yesterday, so I will get to it eventually.

Yay! I am curious what you think about it, seeing as you sometimes have strong opinions! I’ve said this a ton of times in many, many threads, but playing on either Hardcore, or the hardcore version with 1 life that can be earned is also very fun. Maybe not the very first time, but it really, really adds tension to the game, in a nice way. And I usually don’t like those kind of games, but it just kinda fits here. Three cavemen attacking you are suddenly very, very dangerous, and pretty much all enemies are someone you have to respect.
Of course, like most games, it does have those annoying places where death is somewhat unfair, so there is that.

I really think Ubi is undecided whether they want to make games with actual social commentary, or whether they just want to make jokes about stuff. Or maybe they are deliberately splitting the difference, though if so they aren’t doing it very well IMO. FC 6 oscillates, with enough force to induce whiplash, between the ridiculous and the (wannabe) sublime. Serious commentaries on revolution, justice, and world capitalism (well, serious by intent and FC standards at least) go hand in hand with ludicrous chicken hunts, drinking bouts, and bad jokes.

And yes, they have done this forever, but for whatever reason it just seems more in your face here. Maybe because at times they really do nail at least a sort of Hollywood-like feel for what a Cuba lookalike might be. Some of the voice work is great, and the overall look of the game is atmospheric. I have not been to Cuba, but I’ve been to Jamaica and Haiti, and some of the lighting and evening/dusk settings are spot-on for the Caribbean.

Some of the music is pretty good too.

Survival mode is well worth it, but Hardcore, that’s a bit nope unless you’re an expert. It’s very easy to go into an area where you have cavemen, sabre tooths and other baddies surround you and you’re toast. Also, certain areas you can die from environmental effects very easily. All are learning curves on survival mode, but on hardcore you will very quickly hit the rage quit tolerance.

The more cutscenes and set-pieces I go through in this game, the more disjointed the tone seems. You slaughter untold numbers of poor schmuck draftees with nary a twinge of conscience, but when your compadre goes to pop a cap in one of the regime’s genuinely evil bastards you get all wound up and start spouting stuff about “you’re better than that” and “they’re not worth it,” or whatever. Half the time you are stone-cold killer guerilla lord, the other half rough and tumble orphan with a heart of gold. It’s like they mashed up an urchin from Oliver with Anton Chigurh.

So this game has ludo-narrative dissonance, is what you’re saying.

Like in traditional CRPGs where you’re the Chosen One Destined to Save the Land but walk around stealing everything that’s not nailed down. :D

Like in traditional CRPGs where you’re the Chosen One Destined to Save the Land but walk around stealing everything that’s not nailed down. :D

Heh, well, I don’t know if Far Cry even reaches that level of dissonance, as it’s hard to take any of it seriously, but yeah, sort of. Though for me it’s always the “here you are the Chosen One and we still make you buy arrows and food” bit that gets me.

I think there’s a bit of difference in the examples. In the RPG example you, the player, are choosing to steal from every house you run into. Most RPGs are built to not require that behavior to get to the end of the game. In the Ubisoft Far Cry games you have to kill a zillion enemies, so the “we’re better than this” scene that has the player character advocating nonviolence is wackadoodle. You killed a million army dudes, many of whom were undoubtedly conscripted or had joined the military for food and money, then you get to one of the main bad guys and then you hesitate? That’s lame writing.

It doesn’t help that the main campaign primary antagonist stuff in all the Ubisoft far Cry games is treated with the utmost seriousness, while the side missions are cartoons with dudes like Hurk.

FC3+ are pure 100% undiluted power fantasy. The turtles don’t go down any further than that. Things are brought up and then just as freely discarded to serve that purpose.

At least in FC6 the player is no longer a Great White Hope. Sometimes, as a lily-white middle-aged white guy, I wonder what it’s like for someone with more melanin to sit down and play games. “Sigh. Another white guy who sounds like Nolan North or Troy Baker.” We need a game with Keith David as the lead.

Dani moralizes on the value of human life when she killed more people than cholera.

The female Dani voice actor is excellent, on a side note.

At least in FC6 the player is no longer a Great White Hope. Sometimes, as a lily-white middle-aged white guy, I wonder what it’s like for someone with more melanin to sit down and play games. “Sigh. Another white guy who sounds like Nolan North or Troy Baker.” We need a game with Keith David as the lead.

Amen to that. I love the voice actor for Dani (male version; I think you get a choice?), and the way the game world is organically non-white reads pretty authentic for the hypothetical location and is well done.

Here’s my tally, not as good as yours:

I guess progression percentage only takes main story into account? I captured 3x as many bases as you, although your kill count is also shockingly high.

I guess. I’ve been doing a ton of “Yaran Stories” and side job things, and hitting targets of opportunity. My favorite is drive by pistol shootings of enemy drivers, from my horse or car. I’m now in the eastern province working with the old geezers or whatever.

My kid and I are at 19 hours each. 14% progression. I’m constantly doing side quests, just exploring, crates, and helping my kid in her game. Probably 30 hours with helping her. Still really enjoy it.