We’ve got maybe 40+ hours in it in co-op and are having a blast with it.

I’m sure I’ll eventually pick it up. The blue screen of death spooked me a bit (never had that happen on this gaming rig I built three years ago) but maybe that was a one-off.

This is having a free play weekend, starting today.

So I might check it out. I just want to explore the place where it’s set, so I hope the opening missions get out of my way pretty quick and let me into the open world.

So I might check it out. I just want to explore the place where it’s set, so I hope the opening missions get out of my way pretty quick and let me into the open world.

They do. Typical to the Far Cry series you’re in a limited area initially (starter island.) Even still, you get through a lot of the initial stuff fairly quickly and even move on from that island in a play session or two. At that point it opens up to (again similar to others in the series) three areas that have missions and unlocks within their own area. You can very easily just attack guard shacks/outposts until your blue in the face, then skip back to story stuff, or any mix of the two. Each of the three areas also has missions to unlock additional help, specific weapons, etc. Also fortunately, the story missions are decent this time around, providing some variation of gameplay while being short enough and not railroaded so much that it feels too much like FC5.

A difference this time around are variations of ammo and weapon upgrade unlocks. Sadly, you can just play the game just upgrading the weapons you start with and that’s almost as good of an approach as trying to get all the rare weapons/unlocks. So, don’t think missing a weapon will hold you back here. Just configure/upgrade them to your play style. Also, when in doubt, use whichever ammo you have equipped but go for headshots on targets that don’t match your ammo. Headshots are kills the majority of the time no matter the ammo.

Love the Far Cry games… nothing beats running and gunning in this game. The most gratifyng thing is clearing bases . I dont understand why it is gratifying… it just is.

Some of the weapons are awesome once fully upgraded.

Great games all around.

I played all the older Far Cry games too… all of them except Primal. 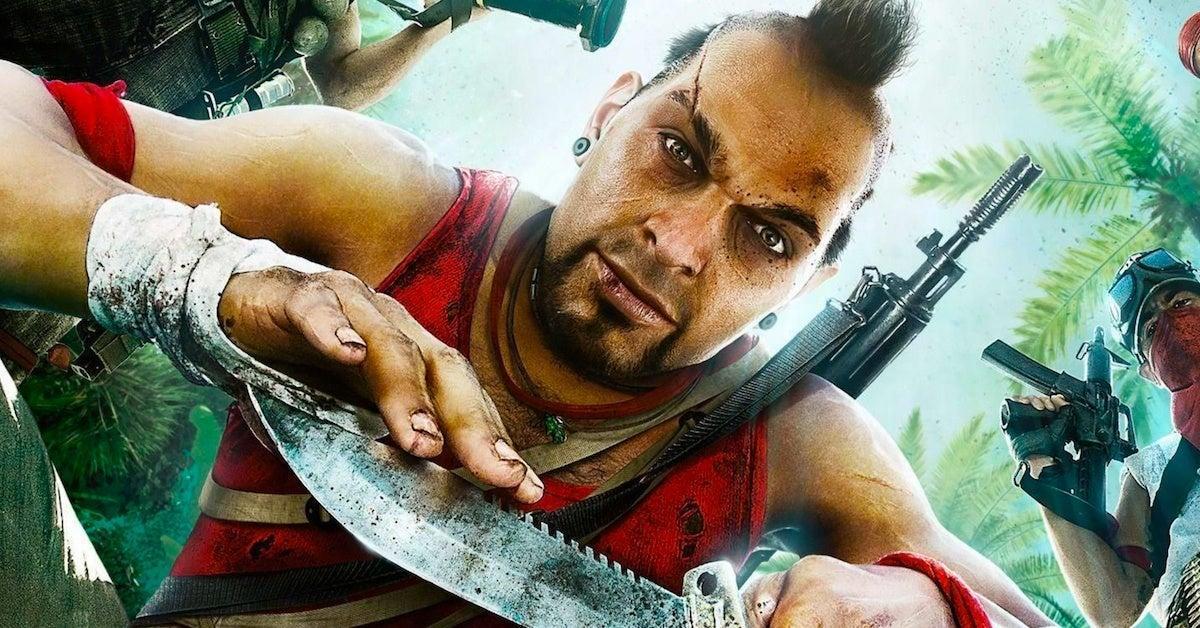 Well, Ubi is in turmoil so it is not at all surprising. I suspect it will be hard to get a firm line on any future product timetables for a bit as they churn through all of their issues.

For real. I think they aren’t the only ones in that boat either, right? Isn’t Blizzard going through some crap?

For real. I think they aren’t the only ones in that boat either, right? Isn’t Blizzard going through some crap?

I suspect so, though D4 has been cooking for a while so maybe the impact won’t be as severe? But yeah, the big players, many of them, seem to be in a bit of flux at the moment.

I got to play about an hour on Sunday. I didn’t make it very far into the opening island, but I really enjoyed myself for the hour.

I’m surprised at how much dialog they stuffed into the mission screen. And it’s compelling dialog! I want to listen to it, but I don’t have all day. But I did feel bad skipping it. I did listen to about 30-90 seconds each time. I wonder how long it goes?

That croc will be your best friend for a large part of the game since he auto-revives, and none of the other pets do. When you do change him out you get benefits from other pets but have to keep an eye on them and revive them when down. If I remember correctly, they will even stay where they were downed and you can go back later on and revive them.

Nah, they wake up and catch up eventually. I liked the stealth assassin cat myself.

I liked the stealth assassin cat myself.

As did I, and the second kitty as well. Then again those pets fit my playstyle more.

Also, it was so awesome to be in a setting like the Just Cause games, but this time in first person. It’s just such a better perspective for looking around and taking everything in. God, I wish more games were in first person.

The croc is far and away the most fun, except maybe that damn chicken. The chicken is useless though, while the croc will actually do stuff.

God, I wish more games were in first person.

I personally had the most fun with Boom Boom. His detecting skills were SO useful.

Man, I couldn’t disagree more. Hated the escape sequence (failed it about a dozen times, which didn’t help), and found the opening missions pretty boring. Dropped it after the tobacco/poison burning mission. Far Cry is just not for me.

Hated the escape sequence (failed it about a dozen times, which didn’t help)

I honestly didn’t know that was possible. It was super linear with literal blue arrows pointing out exactly where you should go!

It wasn’t not knowing where to go that was the problem, it was getting spotted and shot.