Farming Simulator 22: This time it's seasonal

I have a Pottinger Terrasem C6F which I did pick up and I think it does both cultivate and seed drill. It looks that way anyway. It’s a touch wider than the cultivator I had before. Looking at the field afterward it looks … different. Maybe it’s a shallow cultivation? Almost like dark soil but you can see the field underneath. The field does show as planted and even 50% fertilized, since the Pottinger also accepts fertilizer. Pretty nifty.

BTW, that’s another UI miss in my opinion. If I walk over or hover over a field on the big map I should be able to see the status of the various things on that field in more detail than the map currently gives. For instance, my crop is currently growing, it should show me if I have the bonus for plowed, cultivated, rolled, weeded, mulched, limed, fertilized 50 or 100, etc.

They put these bonuses in the game but don’t give you the ability to see what you’ve missed after whatever point it would normally be done, which also isn’t explained well.

Yeah, it’s kind of frustrating, especially as they’ve changed things up this time without really explaining them properly (or at least the descriptions in game don’t seem to match the visuals or the yield output in some cases).

Lime should be done when the map tells you to, basically. It’s every three harvests, I believe. In FS 22 you have to do it before seeding, but I’m not sure if you can do it before eg mulching.
Edit: Just tested, doesn’t work on mulch, so it seems you need to plough/cultivate first.

Rolling, who knows at the moment. The game says to do it after seeding, and that seems to be the only way to get the yield bonus, but you only get the “seedbed” field state if you do it before seeding. You can also remove small rocks with rolling, but it’s buggy.

Fertilisation stages are mainly just a question of only being able to do one level per crop growth stage, though things like oilseed radish complicate that of course.

Rolling, who knows at the moment. The game says to do it after seeding, and that seems to be the only way to get the yield bonus, but you only get the “seedbed” field state if you do it before seeding. You can also remove small rocks with rolling, but it’s buggy.

MrSealyp on YouTube did some tests of these. Similar to those worksheets of testing you posted he noted mulching didn’t seem to give the bonus it says it does. But he extensively tested different plowing/cultivation types and how rocks present as well as rock removal / rolling, etc. As someone that didn’t understand when to do what, it helped a bit, I think.

Mulch = only right after harvesting.
Plowing / cultivating after harvesting.
Rolling only reduces small rocks (shallow cultivation.) but gives a bonus prior to seeding if I recall correctly. After plow/cultivate.
Rock pickers remove all rocks (big and small), again, before seeding.
Lime before seeding, even though it will let you do it after. I don’t remember if you get the bonus both ways.
Fertilizer during or after seeding.

Again, those were notes I scribbled because I thought I’d finally found out things I didn’t understand.

But the game presents me with plows, cultivators, disc harrows, power harrows, subsoilers and spaders.

It would be nice to know when I would want to use each one of those.

Lime before seeding, even though it will let you do it after. I don’t remember if you get the bonus both way

But that’s not really driven by testing.

With stones turned off and a moderately wide cultivator, disc harrows didn’t seem worth the weed penalty. Ploughs you only need occasionally (and not at all after the initial ploughing if you have it turned off), except for certain crops like corn and I think beets, which you have to do after every harvest.

Incidentally, I’ve been beginning to think something like this was the case:

r/farmingsimulator - That calendar is not for the selling points, it was the...

This last day of playing I’ve been basically ignoring the calendar for selling and just remembering what the high prices are and selling when they get above a certain threshold. It seems to happen throughout the year. Interesting that the autosell price is tied to it, though in that case what does it do for crops that have no autosell?

My best day harvesting … ever. This is lot 30-31 being harvested at the same time. Soybean pricing was best from Goldcrest Valley (through the train.) 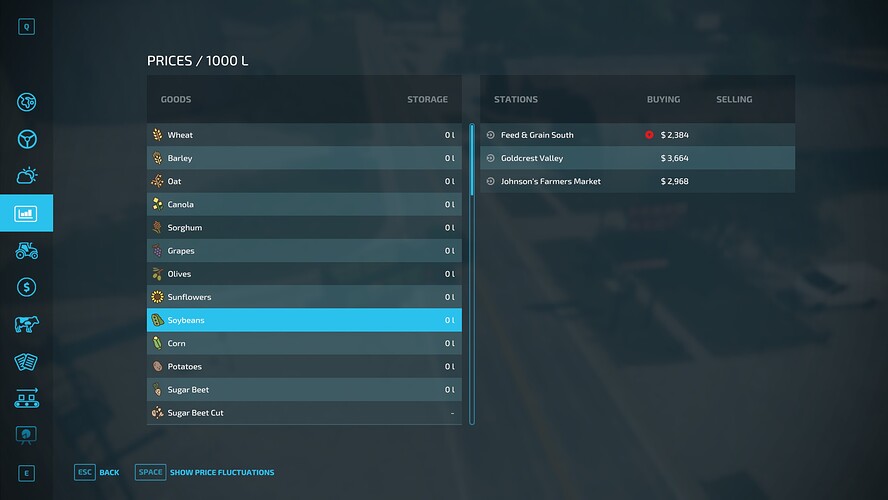 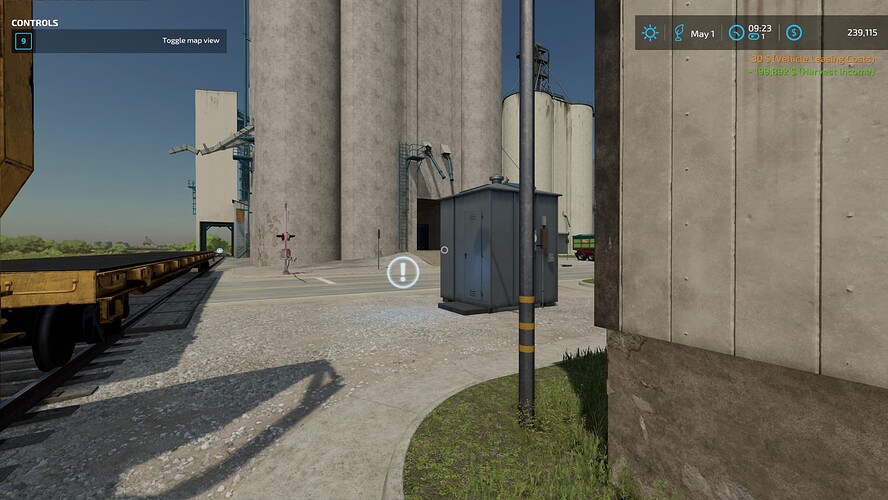 Just short of 200K from a single harvest day. Not bad, not bad at all!

Reminder: Farming Simulator esports are a thing, they're awesome, and the...

You might not think players delivering hay to a barn is exciting. But it is.

sounds like there are quite a few improvements compared to the last edition I played (19, I think). Especially the go-to, deliver etcetera options are excellent and will make life so much easier! I will wait for a version with added DLC before I buy it, but I’m sure I will buy it at some point!

I did not play the 19 version but trees are a pain in the ass. I haven’t even done logging yet. but trying to run the wood chipper with the small arm was awful. I ended up downloading a mod that gives you super strength and cleared the trees on my land and tossed them in the river by my farm.

No idea, I never did much logging in previous games and haven’t touched it yet in this one. I do intend to at some point, but not until I’ve tried the new crops.

I’ve been buying farm plots and need to do some tree clearing. Give me a bit this weekend and I’ll get you an answer on that. There are multiple dedicated tools, tractors and equipment, but I’ve yet to try any. I’ll be leasing those to do the work.

Just picked up my first large tractor today, the EXTREMELY speedy JCB Fastrac 8330. ZERO regrets on that one. It’ll do 45mph with anything that doesn’t restrict its speed, which speeds up so many things in game. No more hours long runs to sell things. Quick pickups of tools, etc. I think it’s the fastest tractor in-game, there is a medium version that’s slightly less fast. This large one is not upgradeable, so it’s locked at 348hp and 11.9t pull weight. I’m good with that. This is my, “step up,” on tractors. I’ve kept my other three for now but might sell one later to get a second fast tractor. Still unsure which way to go from here: additional crop types, production chains, more tractor/tool upgrades, additional farm plots, etc. I’m remaining debt free for now as well, which means harvest day is my major payday each year. I’m going to need to start having kids to expand this farm. 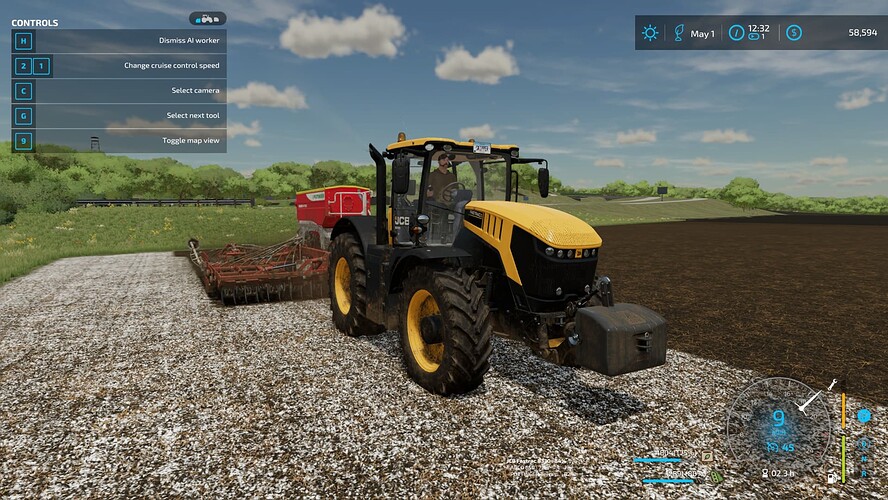 Yeah, a Fastrac is always one of my first upgrades (there’s a medium one too which isn’t quite as fast). Less necessary now you can order workers to go somewhere, but still very handy

I should also mention this fantastic purchase. The Brantner TA23065 Power-Tube trailer with the extension on it, putting it at $38,500 for 38.6 cubic meter capacity. Fantastic medium transport bang for the buck. 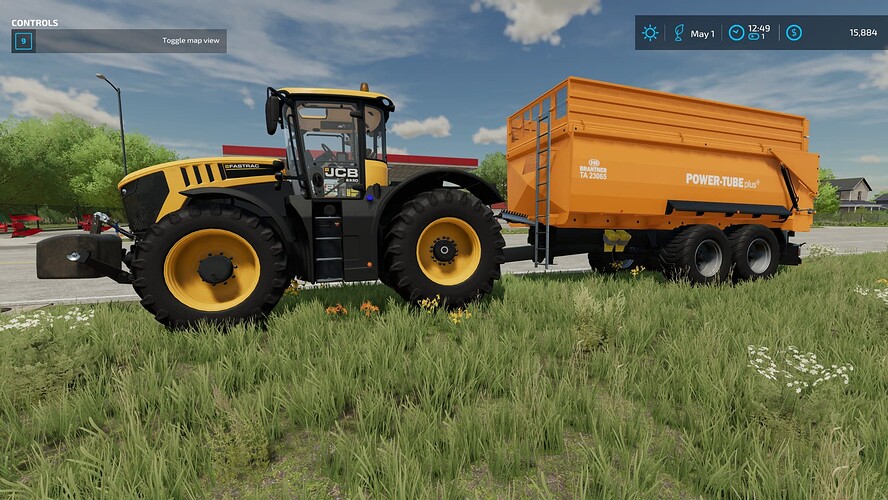 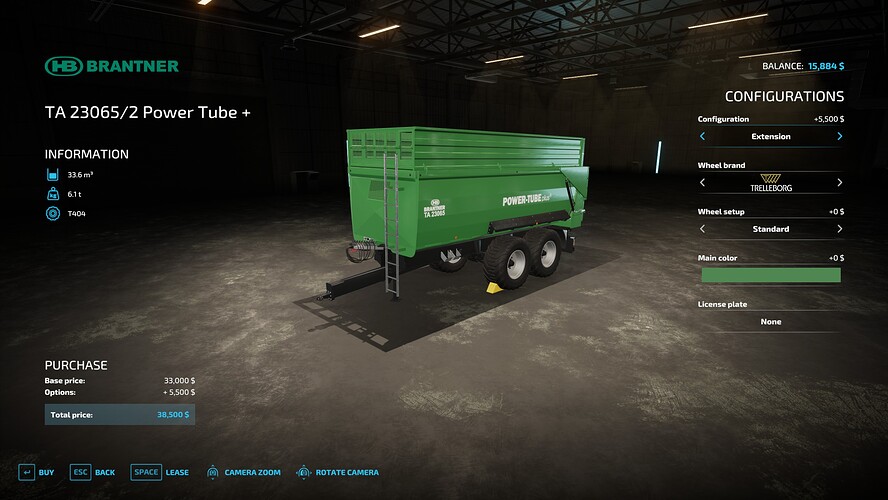 Yeah, I have one too. It’s very nice for the price but quite finicky about where you can fill it, which is annoying.

What did you upgrade to when you needed a big trailer? Anything good? I’m assuming you’re hailing with a big rig by this point.

You mean a semi trailer? I’m just using the cheapo Krone curtainside trailer, as it suits my honey transporting needs. A truck is actually next on my shopping list, but I’ve been waiting for one to show up second hand. Also, what did show up second hand was the sugar cane harvester, so I had a bit of a change of plans and diverted into sugar cane, which will at least eventually feed into my bakery. I just need to get a cow farm going (at least I already have straw and grass and silage). 700k for the biggest and best cow barn is a lot of money though.

Ready to see pics of your sugar cane kingdom. In the words of the philosopher Homer Simpson: 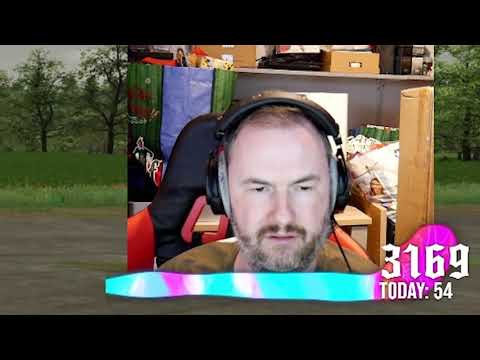 I’ve been buying farm plots and need to do some tree clearing. Give me a bit this weekend and I’ll get you an answer on that.

ok, keep me posted! The problem for me was getting tree trunks onto the trailer with a gripping hook that could open, close, go up, down, sideways, forwards, backwards and tilt, all with different controls. What a nightmare…