Don’t put words in my mouth!

Also, I don’t get the hate for blur - I think it looks great, particularly in that shot. It’s such a fast swipe of the sword, you only get a sense of motion - that’s the entire point of blur.

I thought it was to hide dodgy frame rates.

I believe that’s the case for some games, yeah - especially on console.

FFVIIR specifically stays at a locked 30fps and runs great, though. (EDIT: At least on the Pro).

Thanks Scott, those images look great. I have the game sitting on my PS4 but I’m in the middle of a Battletech campaign on my PC and I’m taking a stab at Persona 4 on the PS4 before getting into FF VII. The screenshots help sustain me through the wait.

The screenshots look pretty, but quick question (the answer to which I’ll have to file away until it arrives on PC): does the length of combat become tedious, or do you find it consistently engaging? I watched some gameplay, and the enemy health bars deplete so slowly that I worry that I’d become frustrated eventually unless the combat is really fun, which can’t really come across in gameplay footage. I’m especially curious about how fun fighting non-boss (trash) mobs is after the dozenth time.

does the length of combat become tedious, or do you find it consistently engaging?

Definitely the latter - in fact, I like the moments when I get to wander an area and fight enemies quite a lot because between skills/abilities, limit breaks, spells and materia there are a lot of fun tools in the toolbox to break out, and many enemies have particular weakness and strengths that make them stand out. I’m playing on Normal, and the enemies are generally very quick fights, particularly if you’ve taken the time and care to build up your Materia, and spend your skill points and use your abilities and spells efficiently. Hell, I still use the menus, but whenever I watch people play on YouTube they are using the shortcuts for various abilities, making the combat seemless. I really like interacting with menus in a game like this, so I am constantly issuing commands and the like, though.

I will also add that a few boss fights have been very challenging, to the point where I went down to Easy on my third attempts - and then they were WAY too easy. Normal is just about perfect for 98% of the game so far.

Then I guess into my future backlog it goes.

I just wrapped this up, just a bit more than 39 hours played and almost all of it on Normal. This is hands down one of my favorite Final Fantasy games - I loved it from the combat to the amazing story and characters. Early on you get some edgelord vibes from Cloud and some crazy over the top from Barret but as the game goes on these characters really mature and it’s super well done. By the end of the game I was a little sad to see my time with them come to an end, like finishing a really good book.

Some of the best visuals I’ve seen on the PS4 - I’m sure when it comes to PC in 4 months (I bet), it will look even better, but don’t wait for the PC version if you have a PS4 and are interested in playing - it’s amazing. Also, it was nice to have a reason to own a PS4 again.

The RPG mechanics, the systems in play that form the combat model, were really interesting and a lot of fun to dig into - from equipping the right accessories and leveling up/spending skill points on your weapons to having synergy with the Materia you have equipped, and leveling up said Materia to have more powerful toys to play with, I found everything compelling all the way to the end. I am starting to think the energetic/reactive combat was better served here than flat turn-based would have been. I don’t know when the shifted for me, and I still like turn-based game quite a lot of course, but at least this was a case where what they executed worked for me really well.

And there is more game coming! Honestly, if I get something like this, and another 40 hours of it, I’ll pre-order at full price. And I’ll do it for as long as they want to keep telling this tale! 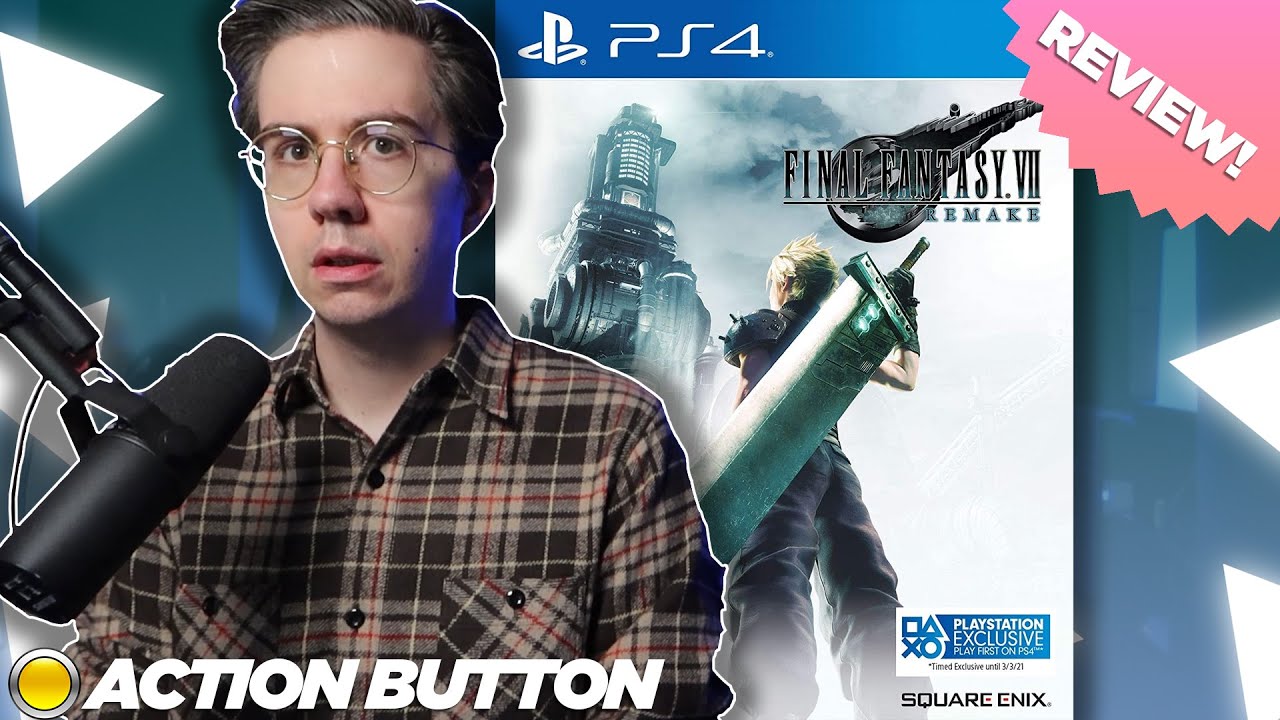 Thank you so much for linking that. That was a glorious three hours, 18 minutes, 55 seconds and unknown number of frames.

I made my way through it doing a ‘disc’ or two a day for about a week. The extra impressive thing about it is that a 3+ hour video only has a ten-minute section of spoilers (for the Remake itself, it assumes some familiarity with FFVII, but even then there is not anything I’d consider major).

His next video is going to be about The Last of Us, which I have no interest in or experience with, but I’ll watch it anyway.

That 10 minute spoiler section was really impressive to me, in terms of respect for this game. I plan on playing this game one day, but I don’t mind spoiling myself about it anyway. It’s funny that Tim Rogers says that you can only use that story-telling device once. The reason I dislike certain Japanese games is precisely because they use a story-telling device like that multiple times, so it will be interesting to see if that holds true here.

And that spoiler section really made me want to play Final Fantasy VII Remake for the first time.

I’m playing through this game.

The game started slow. I persevered and started to really enjoy it. Then I hit chapter 9. It’s like the designers took a list of all the things I hate about games and rolled them into one section! Confusing city to navigate. Obnoxiously over the top NPCs. Two long, plodding boss battles. Nonsensical plot points - why were they going to “rescue” Tifa? Fetch quests. Not just one but two rhythm mini-games. Based on the 18 chapter count I’m halfway through. I hope it gets better.

Tim Rogers saying in that review that the midgard portion of the original game is only 8 hours even if you take your time made me fire it up today.

Well it was that, and this 2 hour discussion on the FF 16 trailer and the FF 7 Remake. 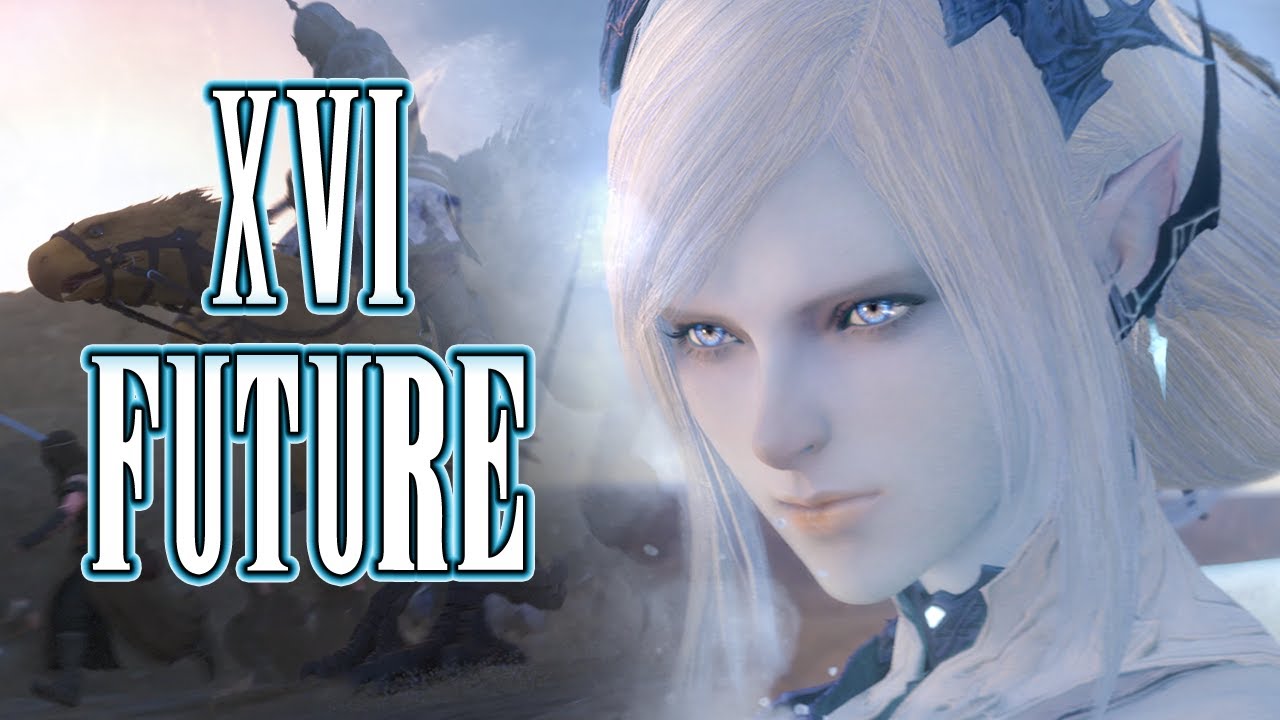 Is there a FF XVI thread yet? Didn’t see one but not sure so I’ll put this here:

This is giving me some FFXII vibes, but one character control only??? Where’s your party? And it looks even more like an action title than the last few. Ugh, SquEnix, looks like I need to stick to the handhelds for my classic JRPG fix. Seems to be Sony exclusive, so doesn’t matter, I guess.

Seems to be Sony exclusive, so doesn’t matter, I guess.

Only temporarily. I don’t mind waiting for other platforms. There’s a big discussion in the above video on whether they should announce FF 7 Remake part 2 for all platforms simultaneously or not since Part 1 will be out on PC and Xbox platforms by then.

I watched the trailer and came out feeling very…meh? Feels like Square’s trying harder to appeal to Western sensibilities and that doesn’t seem to really play well into Square’s strengths.

Is he related to John Laraquette? Kinda looks like him. Especially now that he’s 40.

Wow, he kinda does. It’s really the hair, but I can see shades of the nose and cheekbones, too.